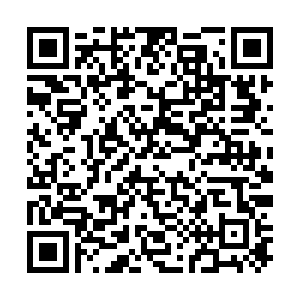 Italian Prime Minister Mario Draghi addresses the Senate ahead of a confidence vote on the government . Reuters/Guglielmo Mangiapane

Italian Prime Minister Mario Draghi addresses the Senate ahead of a confidence vote on the government . Reuters/Guglielmo Mangiapane

Italian lawmakers are due to vote on whether to keep Mario Draghi as Prime Minister, with senators deciding Wednesday evening and members of the lower house on Thursday.

Draghi has said that he is prepared to stay on as prime minister if the parties in his broad coalition throw their weight back behind him.

"Are the parties and you parliamentarians ready to rebuild this pact?" Draghi said in a speech to the upper house, adding that was what Italians were demanding.

Draghi tendered his resignation last week after the populist 5-Star Movement refused to back the coalition in a parliamentary confidence vote but President Sergio Mattarella rejected the resignation.

The former European Central Bank chief has enough backing to remain in office without 5-Star, but he has so far rejected that option because his original mandate was to lead a national unity coalition with parties from across the political spectrum.

Why is Draghi's position in doubt?

Weeks of political unrest boiled over last Thursday when one of the biggest parties, the Five Star Movement, refused to support the government's multi-billion-dollar aid package for businesses and families.

Party leader and former Prime Minister Giuseppe Conte said it didn't go far enough to help Italians struggling with rising bills. The measures passed thanks to the backing of other coalition parties.

However, Draghi said that without the support of M5S, the government could not continue and he subsequently handed in his resignation to the President. Sergio Matterella refused and urged talks to continue to ensure the current government can continue ahead of scheduled general elections next spring.

Why is Italian politics so unstable?

For the last 16 months Italy has been governed by a coalition of various parties across the political spectrum. One of the largest coalition parties, the Five Star Movement, in recent weeks has been struggling with infighting which then had a flow on effect.

For example, the Foreign Minister Luigi Di Maio, left the party claiming that it was undermining the government's efforts in Ukraine by opposing military assistance.

The M5S's decision to abstain from the vote on the aid package in the Senate was the final straw, with Mario Draghi saying it compromised the integrity of the government to the extent that it could not continue.

Why would Italy want Draghi to stay after resigning?

There has been an outpouring of support for Draghi since he tried to resign. Two thousand mayors across the country have signed a petition to try to convince him to stay, while industry and union leaders have also pledged their support.

This is because the former head of the European Central Bank has played a key role in stabilising Italy economically. His departure would throw into question the management of the EU Recovery Fund and comes amid the war in Ukraine, the energy crisis and soaring covid cases.

Prime Minister Draghi and his supporters say now is not the time for elections.

Credit rating agency Fitch said on Monday that Draghi's resignation would make structural reforms and fiscal consolidation ever more challenging in Italy, which has the second highest debt-to-GDP ratio in Europe after Greece.