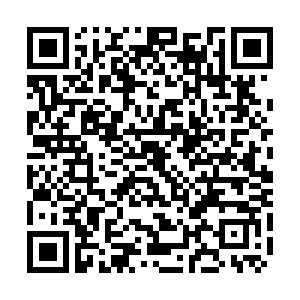 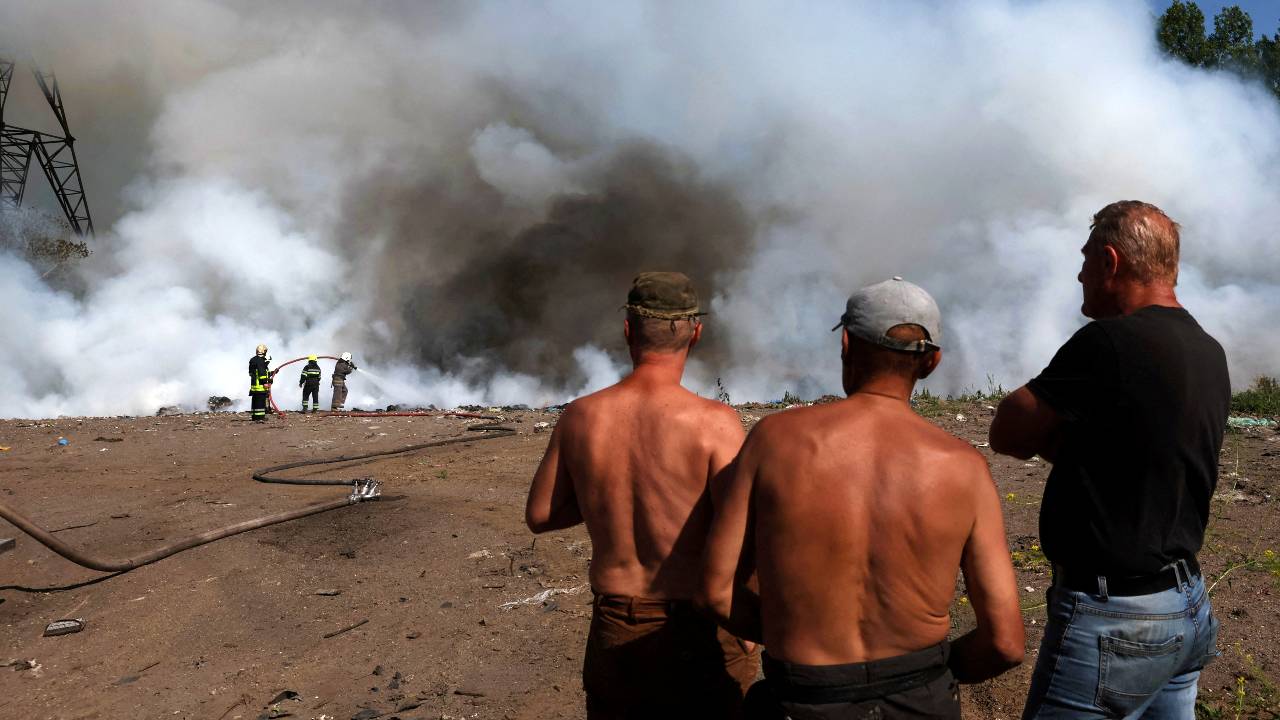 Onlookers watch as firefighters attempt to put out a fire allegedly caused by a shelling in the Nemyshlianski district in Kharkiv region. /Leah Millis/Reuters

Onlookers watch as firefighters attempt to put out a fire allegedly caused by a shelling in the Nemyshlianski district in Kharkiv region. /Leah Millis/Reuters

• European Union leaders are expected to give their blessing to Ukraine becoming an official candidate to join the bloc at a summit on Thursday and Friday, where they will also reportedly consider new sanctions against Moscow, reportedly related to gold.

• However, in Ukraine's east, a relatively quiet Monday night in Luhansk signaled the "calm before the storm," said governor of the Donbas region, Serhiy Gaidai, stating the morning after there had been "catastrophic destruction" in the city of Lysychansk.

• Ukrainian President Volodymyr Zelenskyy acknowledged difficulties in Donbas, having predicted Moscow would escalate attacks ahead of the EU summit this week. However, he was defiant on Monday saying Ukrainian troops were holding strong in the face of "difficult" fighting in Luhansk for the strategic cities of Sievierodonetsk and Lysychansk.

• Russia has summoned the EU ambassador to Moscow over a rail blockade that has halted shipments of many basic goods to the Russian outpost of Kaliningrad on the Baltic Sea, the latest stand-off over sanctions imposed over the Ukraine conflict.

• The U.S. has confirmed that a second American was killed fighting for Ukraine, as it warned of risks amid worries over two other U.S. citizens captured battling Russia.

• The Kremlin says the two Americans captured in Ukraine are "mercenaries" who had shot at Russian servicemen and were not covered by the Geneva convention, according to RIA, adding they should take responsibility for their "crimes". It later added their whereabouts remain unknown but the men are in the Russian-backed separatist statelet of Donestk's People's Republic.

• Ukraine has detained a senior government official and a business leader on suspicion of being part of an alleged Russian spy network, the Security Service of Ukraine said. It identified them as a senior official in the Secretariat of the Cabinet of Ministers and a department head at the Chamber of Commerce and Industry, a business lobby.

• Russia has blamed the West's "destructive" stance for skyrocketing grain prices that have sparked fears of a global food crisis amid the conflict. "Concerning the possibility of famine, more and more experts are leaning towards a pessimistic scenario... and that is the fault of Western regimes," the foreign ministry said.

• German self-propelled howitzers have arrived in Ukraine in Berlin's first delivery of heavy weapons, Ukraine's defence minister has announced, following Kyiv's pleas to the West to send more and better artillery to allow it to counter superior Russian artillery in the country's east.

• Russia's ambassador in London says Britain has asked for Moscow's help in connection with two British citizens sentenced to death in a Russian-backed separatist court for fighting for Ukraine.

• U.S. actor Ben Stiller met Zelenskyy in Kyiv on Monday, hailing the comedian-turned-president as "my hero" for rallying the world's support amid the Ukraine conflict. 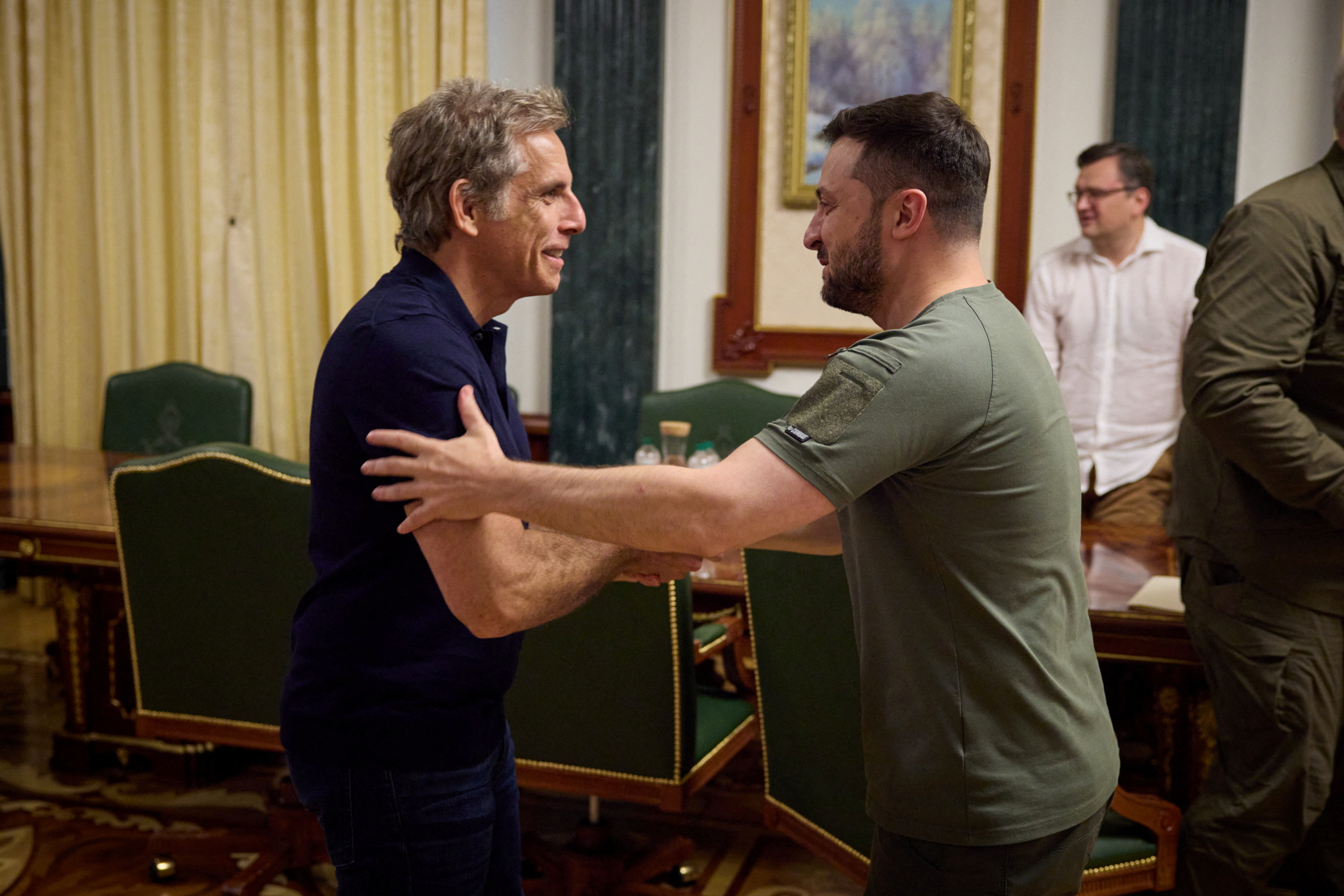 'Calm before the storm’

The battle for Ukraine's east has become a devastating conflict of attrition in recent weeks, with Russia focusing its overwhelming firepower on a Ukrainian-held pocket of the Donbas region that Moscow aims to take control of for its separatist proxies.

While Moscow has made slow progress there since April, fighting has been relentless, costing both sides thousands of troops amid one of the bloodiest land battles in Europe for decades.

The majority of the fighting is taking place along the Siverskyi Donets river that runs through the region.

In recent days Russia has taken control of Toshkivka, a small city on the west bank further south, giving its forces a potential foothold to cut off the main Ukrainian stronghold of Lysychansk.

Rodion Miroshnik, ambassador to Russia of the pro-Moscow separatist self-styled Luhansk People's Republic, said forces were "moving from the south towards Lysychansk" with firefights breaking out in a number of towns.

"The hours to come should bring considerable changes to the balance of forces in the area," he said on Telegram.

The governor of Ukraine's surrounding Luhansk region said Russian forces had taken more territory on Monday, but while it was relatively quiet overnight, more attacks were coming.

"It's a calm before the storm," Serhiy Gaidai said.

Although Russia has gained more territory in recent weeks due to its huge artillery advantage, some Western military analysts say it's failure to make a major breakthrough so far means time is now on the Ukrainians' side. 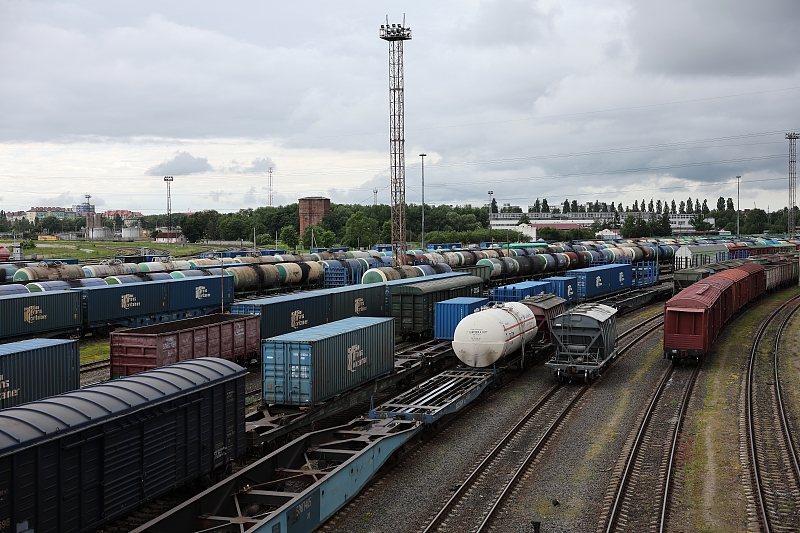 Freight at the Sortirovochny railway station in Kaliningrad /People's Vision

Freight at the Sortirovochny railway station in Kaliningrad /People's Vision

Russia has summoned the EU's ambassador in Moscow over a rail blockade that has stopped shipments of many basic goods to a Russian outpost on the Baltic Sea, as tensions soar between Brussels and the Kremlin over sanctions.

The latest diplomatic crisis is over the Russian enclave of Kaliningrad, a port and surrounding countryside on the Baltic Sea where nearly a million Russians live.

It is connected to the rest of Russia by a rail link through Lithuania which is a member of the EU and NATO.

In recent days, Lithuania has closed the route for basic goods, including construction materials, metals and coal, which Vilnius and Brussels say is a result of new EU sanctions that came into effect on Saturday.

Moscow has called the move an illegal blockade and has threatened unspecified retaliation.

Overnight, the Kaliningrad governor told Russian television that the EU ambassador Marcus Ederer was to be summoned and "told of the appropriate conditions involved here".

Moscow had also summoned a Lithuanian diplomat, but the EU foreign policy chief Josep Borrell said Vilnius was "doing nothing else than implementing the guidelines provided by the (European) Commission."