At least 120,000 Georgians took to the streets on Monday in support of the country's European Union (EU) membership bid, after the European Commission recommended deferring Georgia's candidacy.

In what was the biggest demonstration in decades, at least 120,000 people took part in the "March for Europe" in Tbilisi, according to an AFP news agency estimate based on video footage shot from drones.

Many held placards that read "We are Europe" as the EU anthem, the Ode to Joy, was performed at the demonstration.

Meanwhile, Georgian Prime Minister Irakli Garibashvili said on Tuesday that his country is committed to joining NATO, but must solve its territorial problems with Russia before that.

He made the statement while attending an economic conference in Qatar.

The rally was initiated by the Black Sea nation's leading pro-democracy groups and supported by all of the opposition parties to "demonstrate the commitment of the Georgian people to its European choice and Western values".

"Europe is a historical choice and an aspiration of Georgians, for which all generations have given sacrifices," the rally organizers said on Facebook.

One of the organizers, rights activist Shota Digmelashvili, read out a manifesto announcing another rally on Friday and the launch of a "new popular movement" that will include opposition parties but will be dominated by civil activists.

"We will formulate our demands to the government and if it fails to meet them, the force of a non-violent resistance will sweep off all those who derail Georgia from its European path," he said. 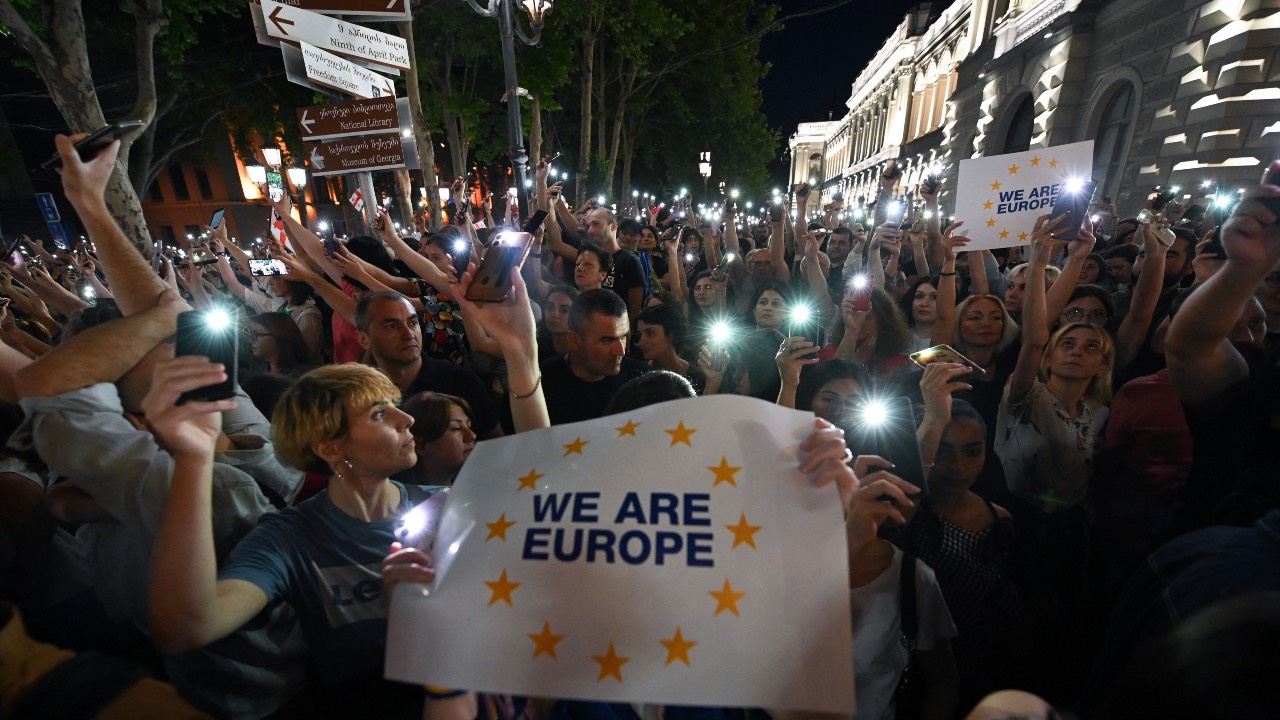 "Popular wrath will be directed against (the ruling party founder) oligarch Bidzina Ivanishvili" who is widely believed to be calling the shots in Georgia despite having no official political role.

Georgia's bid for membership of both the EU and NATO -- enshrined in the country's constitution -- has long angered the Kremlin and tensions culminated in Russia's invasion of Georgia in 2008.

'The door is wide open'

"The door is wide open," she said, adding: "The sooner you deliver, the sooner there will be progress."

On Monday the EU chief specified that Georgia needs to implement more reforms before it can join the bloc.

Georgia's ruling Georgian Dream party has said it "regretted" that the country was not recommended as a candidate together with Ukraine and Moldova.

Prime Minister Garibashvili hailed "the historic decision to grant Georgia European perspective" and pledged to work with Brussels to "implement all the requirements and get a candidate's status."