Rail workers on a picket line at Crewe Station on the first day of national rail strikes, in Crewe, northwest England.Reuters/Carl Recine

Rail workers on a picket line at Crewe Station on the first day of national rail strikes, in Crewe, northwest England.Reuters/Carl Recine

Britain's biggest rail strike in 30 years kicked off on Tuesday as tens of thousands of staff walked out in a dispute over pay and jobs that could pave the way for widespread industrial action across the economy in coming months.

Last-ditch talks to avert a strike broke down Monday afternoon, meaning more than 40,000 members of the rail union the RMT, are walking  out for three days.

Some of them due to strike on Tuesday, Thursday and Saturday gathered at picket lines from dawn, leaving the network at a standstill and major stations deserted. The London Underground metro was also mostly closed due to a separate strike.

Prime Minister Boris Johnson, under pressure to do more to help British households facing the toughest economic hit in decades, said the industrial action would harm businesses as they continue to recover from the pandemic.

Unions have said the rail strikes could mark the start of a "summer of discontent" with teachers, medics, waste disposal workers and even barristers moving towards industrial action as surging food and fuel prices push inflation towards 10 percent.

"They need job security, decent conditions and a square deal in general, if we can get that we won't have to have the disruption in the British economy that we've got now and which may develop across the summer."

Johnson said the unions were harming the people they claimed to be helping.

"By going ahead with these rail strikes, they are driving away commuters who ultimately support the jobs of rail workers, whilst also impacting businesses and communities across the country," he will tell his cabinet on Tuesday, according to his office.

The government has faced criticism from opposition lawmakers for refusing to get involved in the talks to settle the dispute. Ministers say it is a matter for the unions to work out directly with rail employers.

A survey by pollsters YouGov earlier this month found public opinion on the strikes was divided, with around half of those questioned opposed to the action and just over a third saying they supported it. Britain's railway network is facing its most extensive strike action in more than three decades over pay, as soaring inflation erodes earnings, triggering fears of broader industrial action.

RMT members on the London Underground are staging a 24-hour stoppage on Tuesday.

Rail operators, however, warn of disruption throughout the week, with lines not affected by strike action still having to reduce services.

Andrew Haines, chief executive of Network Rail, which looks after the country's rail tracks, called the strikes "needless" and said they would have a "damaging impact."

"We, and our train operating colleagues, are gearing up to run the best service we can for passengers and freight users next week, despite the actions of the RMT," he added.

The strikes are likely to compound broader travel chaos after airlines were forced to cut flights owing to staff shortages, causing long delays and frustration for passengers.

Thousands of workers were sacked in the aviation industry during the pandemic but the sector is now struggling to recruit workers as travel demand rebounds following the lifting of lockdowns. 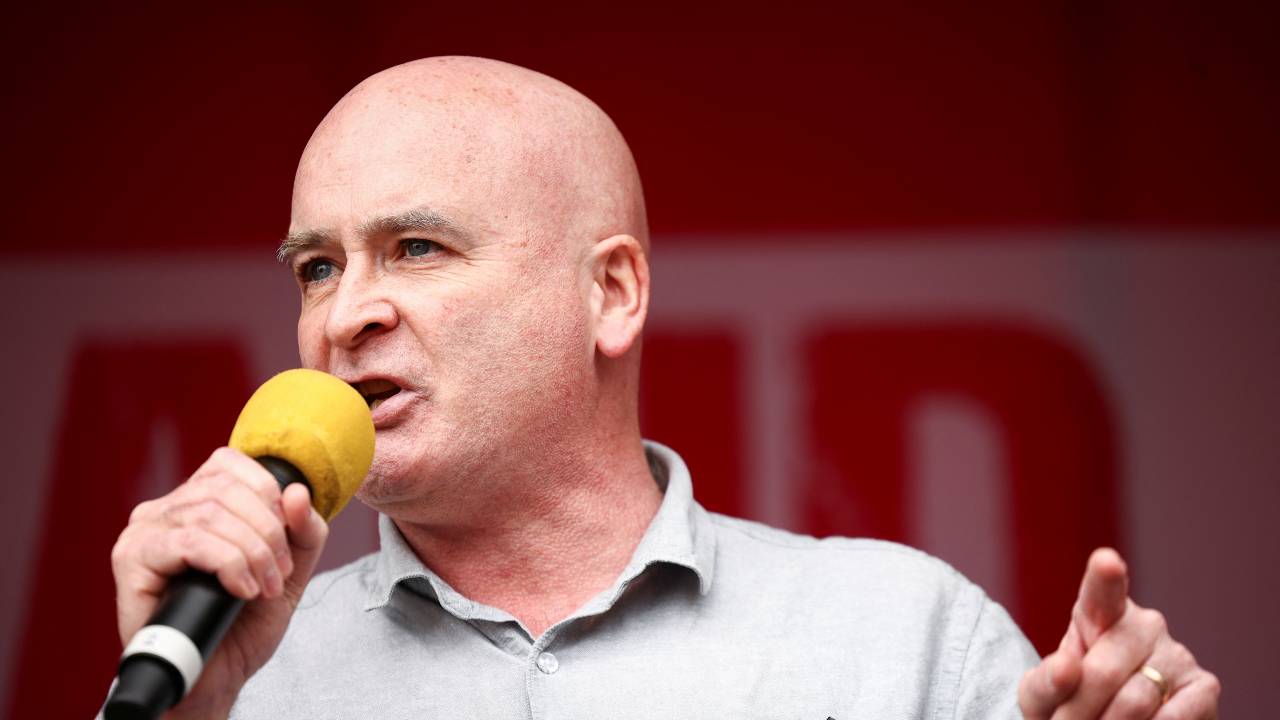 The opposition Labour Party says the government should step in and help solve the dispute, but ministers say it is a matter for employers and unions.

Countries worldwide are being hit by decades-high inflation as the Ukraine war and the easing of COVID-19 restrictions fuel energy and food price hikes.

The strikes are the biggest dispute on Britain's railway network since 1989, according to the RMT. On Monday, the Criminal Bar Association, representing senior lawyers in England and Wales, voted to strike over legal aid funding from next week in a row. Justice minister James Cartlidge called the walk-out "disappointing," as the court system battles significant backlogs in cases.

Four weeks of action begin on Monday and Tuesday, increasing by one day each week until a five-day strike from July 18.

And several other transport unions are balloting members over possible strike action, which could go ahead in the coming weeks.

The government is under pressure to tackle inflation and rising household bills, leaving many Britons struggling to make ends meet.

The government and rail operators maintain that modernizing the network is necessary as travel use changes, particularly after the pandemic.

But unions, including the RMT, say profit is being prioritized over pay, pensions, and passengers, and that cuts put safety at risk.

"If there's not a settlement, we will continue our campaign," Lynch told Sky News on Sunday.

Protests over the cost of living are growing across Europe. Over the weekend, rallies in Brussels and Dublin took place, the former involving tens of thousands of people and a one-day strike across local transport networks.

Cover picture: A member of staff cleans an empty platform on the first day of the national rail strike at Manchester Piccadilly Station in Manchester. Reuters/Phil Noble