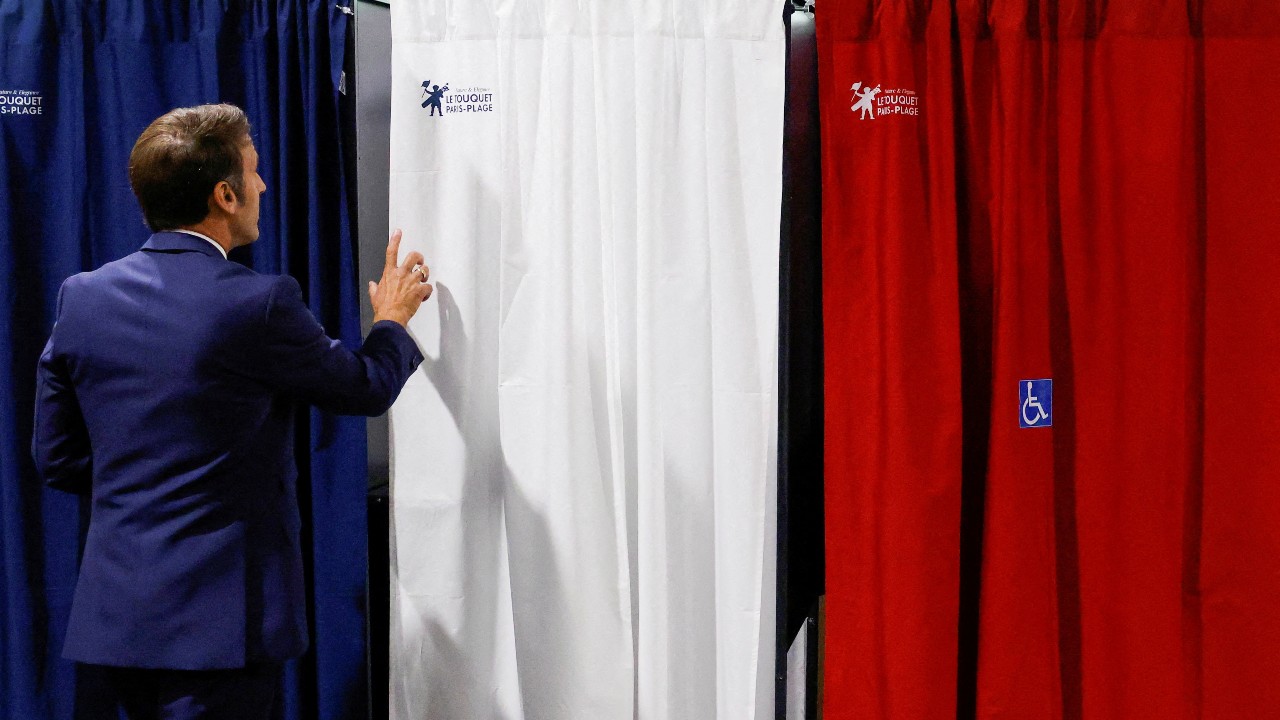 It's not the final curtain for French President Emmanuel Macron, but losing his parliamentary majority will make it much trickier to pursue his policy aims. /Ludovic Marin/Pool via Reuters

It's not the final curtain for French President Emmanuel Macron, but losing his parliamentary majority will make it much trickier to pursue his policy aims. /Ludovic Marin/Pool via Reuters

Initial polls from Ipsos/Spora Steria predicted Macron's Ensemble ("Together") coalition would win 224 of the 577 seats, failing to make the 289 necessary to secure a majority, dramatically reducing his ability to push through legislation.

Jean-Luc Melenchon, the 70-year-old left-winger fronting Nupes, called the result "totally unexpected and unseen" while Le Pen pledged to unite "patriots" on the left and right.

The Nupes coalition carried out a fierce campaign in the run up to the election, after the Socialists and the Greens took the near unprecedented step to unite behind Melenchon to block Macron's agenda.

Having failed to secure enough votes to control the French legislature outright, Macron's parliamentary group will no longer be able to force through planned tax cuts, welfare reform, and the raising of France's retirement age – unless it has the support of other lawmakers. 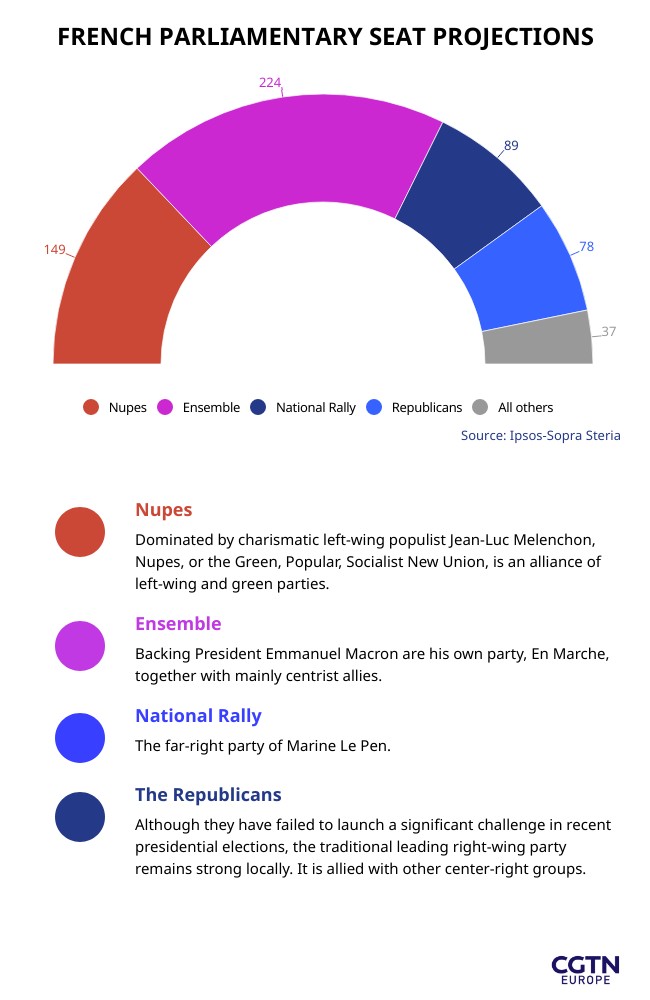 Macron was left disappointed last weekend after the first round placed Ensemble and Nupes neck-and-neck at around 26 percent.

The first-round vote cut down candidates in most of the country's 577 constituencies to two finalists who went head-to-head on Sunday.

Falling short of the majority now means Macron will have to form difficult alliances with other right-wing parties, meaning he needs their approval to push through legislation.

That makes the loss all the more severe in terms of realizing his second-term plans following his re-election as president in April.

The election ends an intense two-month period of electing a new president and parliament, with voter fatigue seen as one of the reasons for the expected record-low turnout on Sunday.

Macron cast his ballot in northern seaside town Le Touquet alongside his wife Brigitte, while Melenchon voted in the Mediterranean port city of Marseille.

The contest between Ensemble and Nupes had turned increasingly bitter over the last week, with Macron's allies attempting to frame their main opponents as dangerous far-leftists. 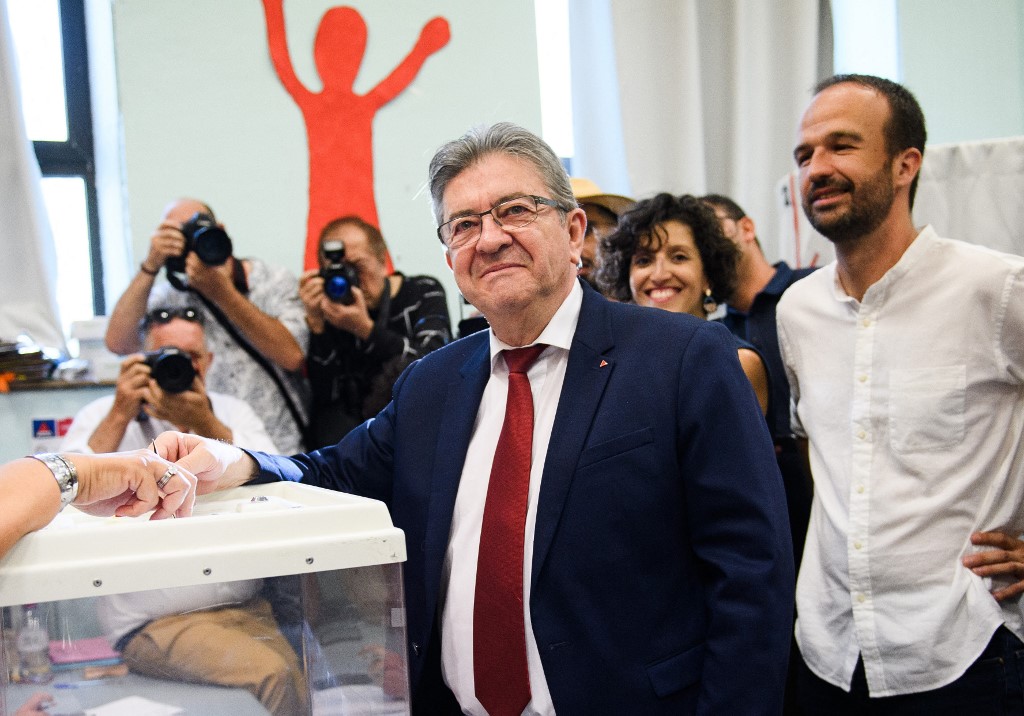 Hoping to remind voters of his foreign policy credentials, Macron headed to Ukraine last week, a move considered by some critics as a response to Melenchon's anti-NATO views.

As president, Macron retains control of foreign and defense policy no matter what, but his domestic agenda will now be much more difficult to enact.

It has been 20 years since France last had a president and prime minister from different parties, when right-winger Jacques Chirac had to work with a Socialist-dominated parliament under premier Lionel Jospin.