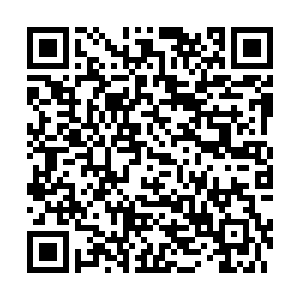 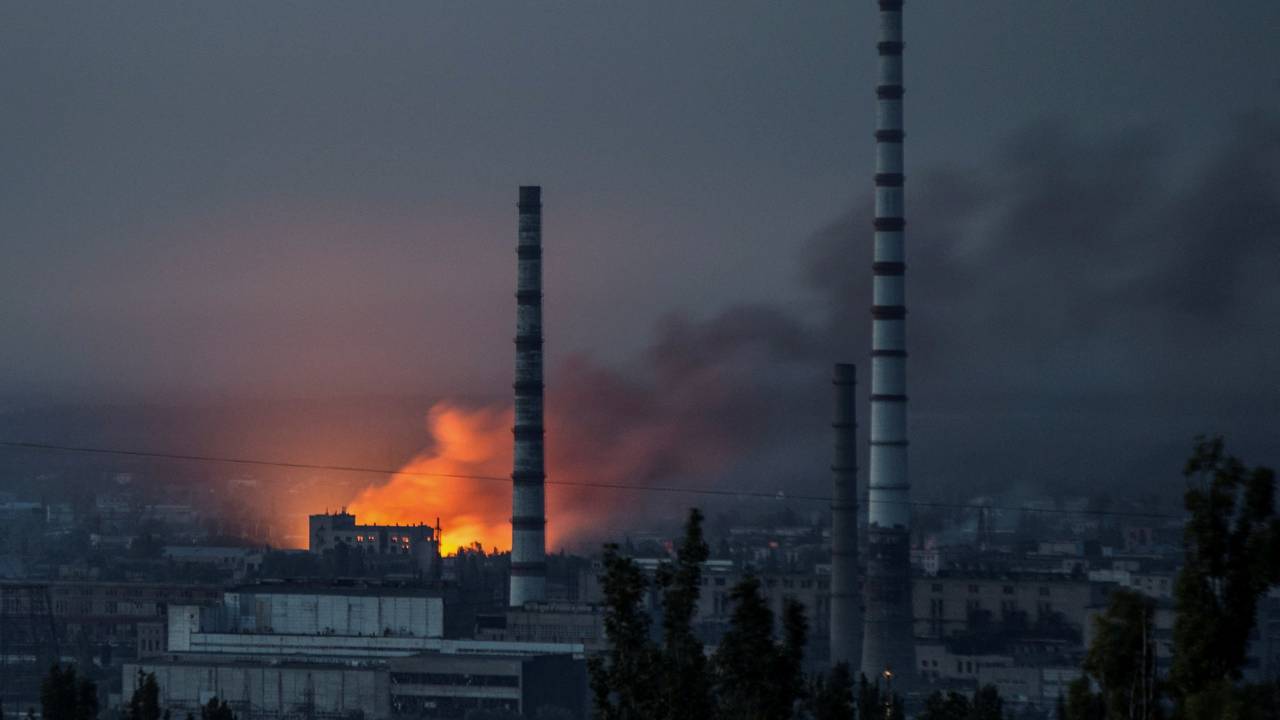 Flames rise after a strike on a compound of Sievierodonetsk's Azot Chemical Plant as intense fighting continues in the area. /Oleksandr Ratushniak /Reuters

Flames rise after a strike on a compound of Sievierodonetsk's Azot Chemical Plant as intense fighting continues in the area. /Oleksandr Ratushniak /Reuters

• UK leader Boris Johnson also warned allies to prepare for a long war in Ukraine, saying that Kyiv needed sustained support or the West risked "the greatest victory for aggression" since World War II. Johnson made a surprise visit to Kyiv on Friday, a day after European leaders from France, Germany, Italy and Romania visited to back the country's EU ambitions.

• Ukraine's army says its troops have repelled Russian attacks on villages near the strategic Donbas city of Sievierodonetsk, where the two forces have been waging a bloody battle for weeks. Russia remains in control of the most of the city, but with little movement along the frontline there, Kyiv says parts remain in Ukrainian hands, despite intense Russian shelling in the surrounding areas. READ MORE BELOW

• However, many Ukrainian fighters have surrendered in the Sievierodonestk suburb of Metolkine, Russian news agency TASS reports, quoting a source working for the separatists.

• Russia will likely be able to seize Sievierodonetsk "in the coming weeks," according to U.S. think tank the Institute for the Study of War, which added that the victory would come at the cost of Russia concentrating most of its available forces in the area.

• Ukrainian President Volodymyr Zelenskyy vowed that his forces "will not give away the south to anyone" after his first visit to the conflict's southern frontline in the Black Sea cities of Mykolaiv and Odesa.

• Two top commanders of the fighters who fought and later surrendered to Russian forces at the Azovstal steel plant in Mariupol have been moved to Russia for investigation, TASS reported.

• Five Ukrainian civilians had been returned in a swap for five Russian prisoners, according to the Ukrainian service, which did not specify whether they were combatants.

• Ukrainian artillery has killed five civilians and injured 12 more in the capital of the self-proclaimed separatist state of the Donetsk's People's Republic, local authorities say.

• EU foreign policy chief Josep Borrell has accused Russia of putting the world at risk of famine through its blockade of Ukraine's shipments of grains and restrictions on its own exports. "Russia's conscious political choice is to weaponize" grain exports and "use them as a tool for blackmail," Borrell says.

• German police say they are investigating several hundred potential Russian war crimes in Ukraine, including political and military officials suspected of having links to the alleged offenses. 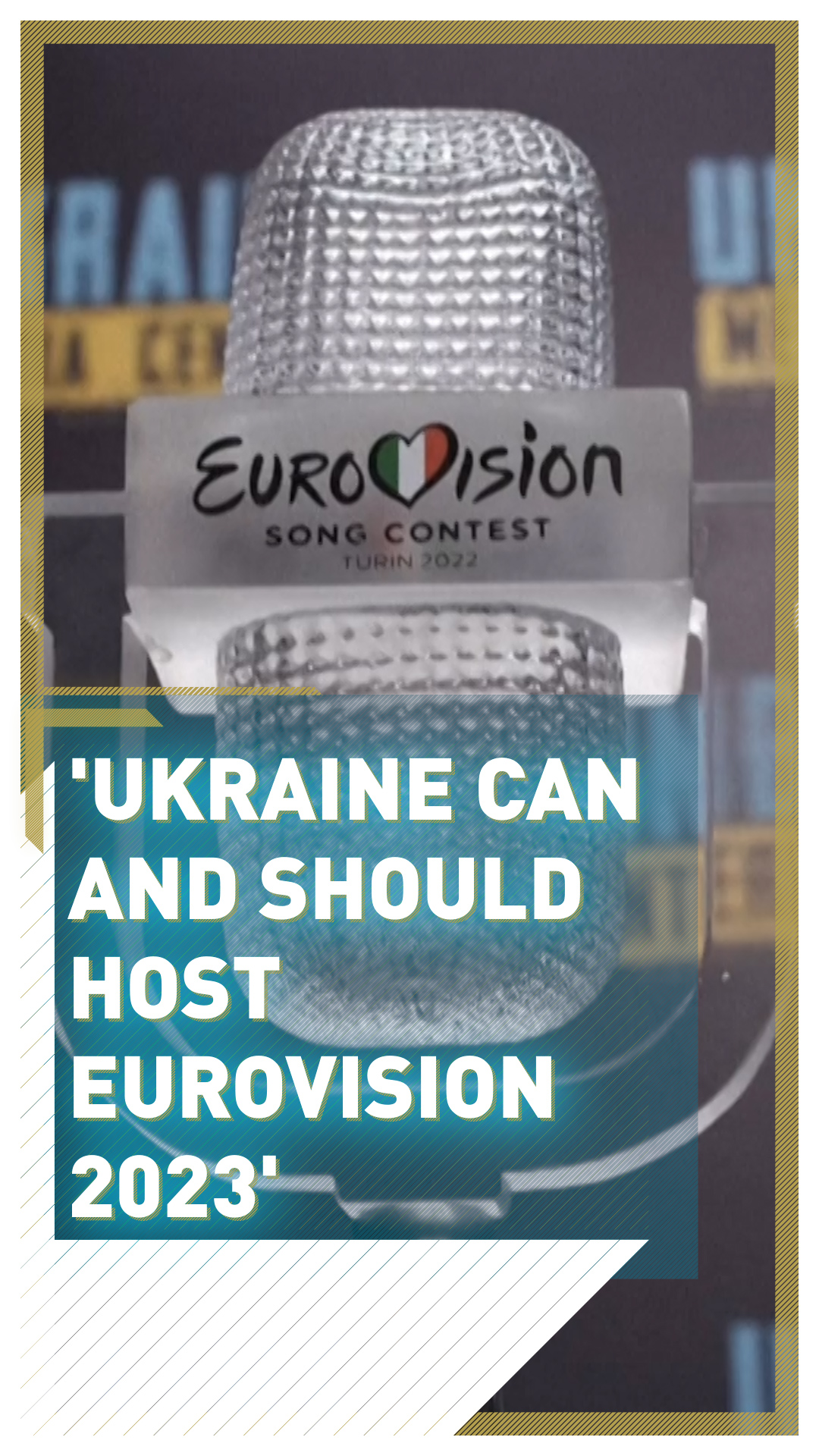 The Ukraine conflict may last for years, the head of NATO said on Sunday, calling for steadfast support from Kyiv's allies as Russian forces try to take control of the country's east.

Supplying state-of-the-art weaponry to Ukraine would give it a better chance of freeing its eastern region of Donbas from Russian control, NATO Secretary-General Jens Stoltenberg told German newspaper Bild am Sonntag.

Russian forces have in recent weeks focused their efforts on trying to take complete control of Donbas, made up of the Luhansk and Donetsk regions, parts of which have been under the control of Russian-backed separatists since 2014.

"We must prepare for the fact that it could take years. We must not let up in supporting Ukraine," Stoltenberg said.

"Even if the costs are high, not only for military support, also because of rising energy and food prices."

British Prime Minister Boris Johnson, who visited Kyiv on Friday with an offer for UK soldiers to train Ukrainian forces, also said on Saturday it was important Britain provide long-term support, warning of a risk of "Ukraine fatigue" as the conflict continues.

"Everything will depend on whether Ukraine can strengthen its ability to defend its soil faster than Russia can renew its capacity to attack," he wrote. 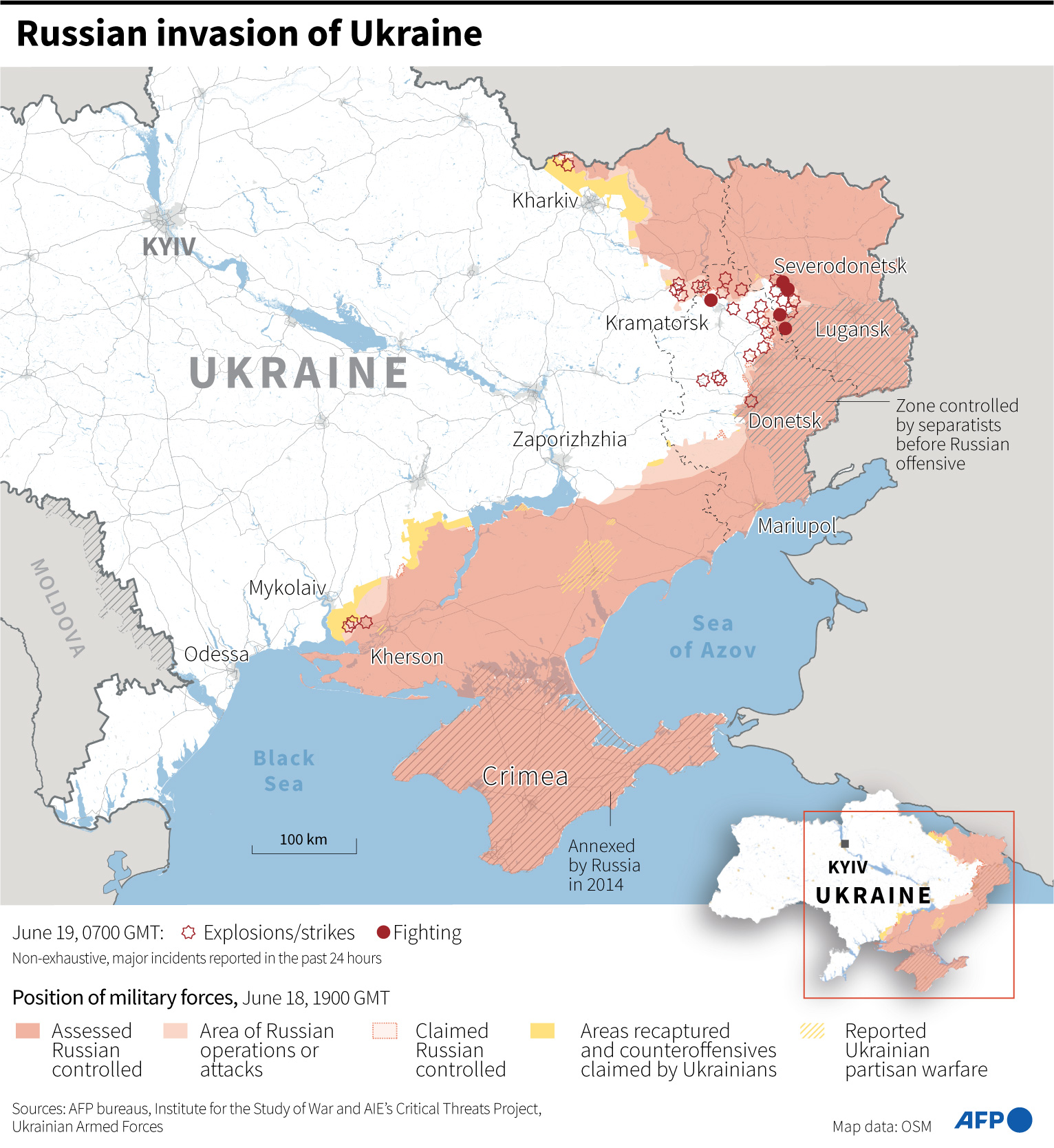 The majority of the fighting in Ukraine on Sunday is around the strategic eastern city of Sievierdonetsk. /Simon Malfatto, Sophie Ramis, Kenan Augeard/ AFP

The majority of the fighting in Ukraine on Sunday is around the strategic eastern city of Sievierdonetsk. /Simon Malfatto, Sophie Ramis, Kenan Augeard/ AFP

The Donbas industrial city of Sievierodonetsk, a key strategic target for Russia if it is to seize full control of Ukraine's east, continues to face heavy artillery and rocket fire, Kyiv's military said.

However, Ukrainian troops have reportedly pushed back Russian attacks on several villages near the battle-torn city.

"Our units repulsed the assault in the area of Toshkivka," the Ukrainian army said on Facebook. "The enemy has retreated and is regrouping."

It said Russian forces were "storming" towards the nearby village of Orikhove, but that it had "successfully repulsed" an assault near the village.

However, the urban hub of Sievierdonetsk is almost completely in Russian hands, with U.S. analysts predicting its fall in a matter of weeks.

Serhiy Gaidai, the governor of Luhansk, told Ukrainian television: "All Russian claims that they control the town are a lie. They control the main part of the town, but not the whole town."

The governor also said that Russian forces were hitting residential buildings and private houses across the river in Sievierdonetsk's twin city of Lysychansk. "People are dying on the streets and in bomb shelters," he said.

Ukraine's military reported "the enemy has partial success in the village of Metolkine," just southeast of Sievierodonetsk.

Russia's state news agency TASS reported that many Ukrainian fighters had surrendered in the suburb.