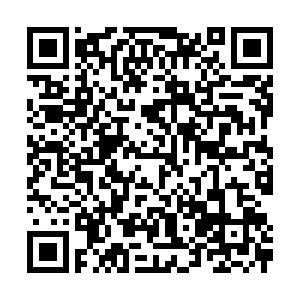 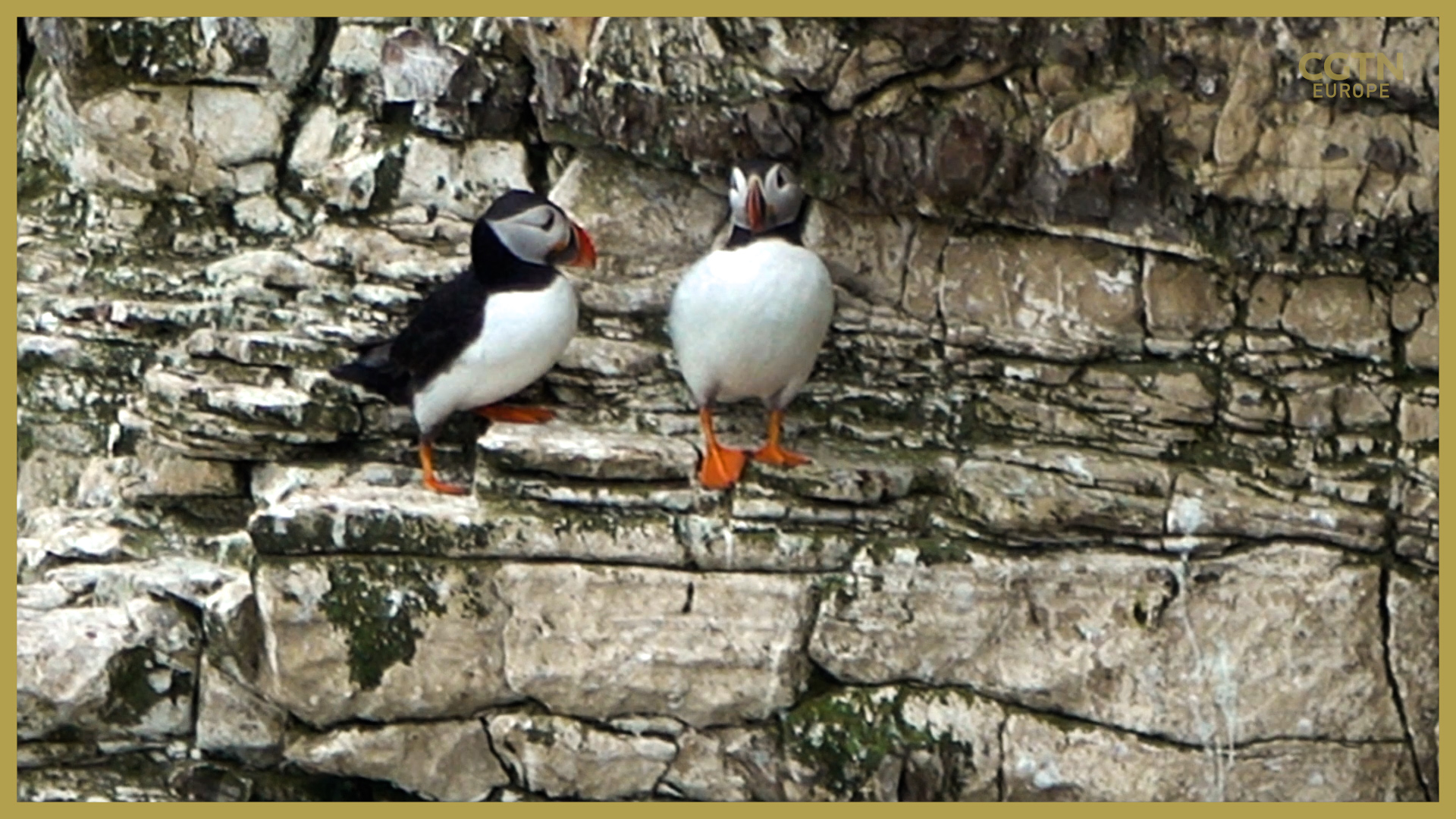 At the Bempton Cliffs reserve in northeast England, thousands of seabirds perch precariously on the jagged cliffs, a chorus of birdsong almost drowning out the sound of waves crashing onto the rocks below.

This windswept stretch of North Sea coastline is a haven for breeding seabirds - gannets, razorbills, kittiwakes and many more species crowd onto the cliffs to nest every year. But it's puffins with their brightly colored striped beaks and orange feet, that stand out, for now.

The sight of cliffs crammed full of bird life is a deceptively positive one. At least half of the world's seabird population is now thought to be in decline.

The UK is home to around ten percent of the world's puffins and certainly this bird is no stranger to birdwatchers at Bempton Cliffs.

But the puffin is on the UN's red list of endangered species and a recent report found numbers in the UK could drop by around 90 per cent over the next 30 years, because of changes to the marine environment caused by global warming.

"Our population here is looking relatively stable, but that's not consistent across the whole of the UK. So, to think we could lose our puffins by kind of 90 percent is horrifying," said Poppy Rummery, the Visitor Experience Officer at Bempton.

Sand eels are the puffins' favorite meal, but global heating has changed their breeding cycle./cfp.cn

Sand eels are the puffins' favorite meal, but global heating has changed their breeding cycle./cfp.cn 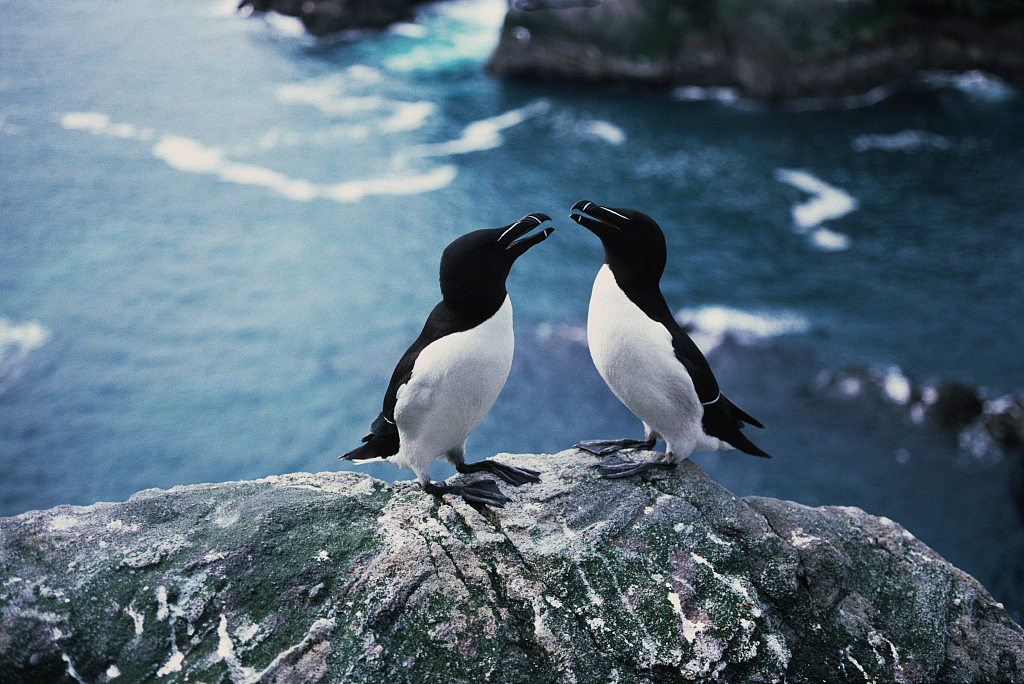 Puffins spend months at sea, flying up to a hundred kilometers to fish. But the North Sea temperature has recently risen by around one degree, changing the life cycle and availability of fish, in particularly the puffin's favorite meal, the sand eel.

"Sand eels are coming out of hibernation earlier in the year, not at the peak time when puffins need to be breeding and feeding their chicks," Rummery explained.

"So, they're not getting as much food and nutrition for themselves and for their young. That's having a big, detrimental effect on their population."

A recent joint report by the Zoological Society of London and the Royal Society for the Protection of Birds called for a better understanding of how to counter climate related issues that affect seabirds.

"Heatwaves during the summer often really badly impact a lot of seabirds. Flooding due to sea level rise can really affect low-lying species which nest on beaches, changes in storm patterns can cause mass mortalities," said Henry Hakkinen, a Researcher at the Zoological Society of London and one of the report's writers.

"There's a lot of really excellent work about how climate change is going to impact sea birds, but less so on what we can really do about it. A lot of conservation action which does take place is not backed up by a really robust evidence-based approach," he noted.

The exact impact of climate change on the future of seabirds is still unclear. But it is already evident that changing rhythms and life-cycles are affecting sea birds along the North Sea coastline.