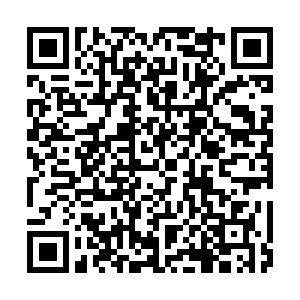 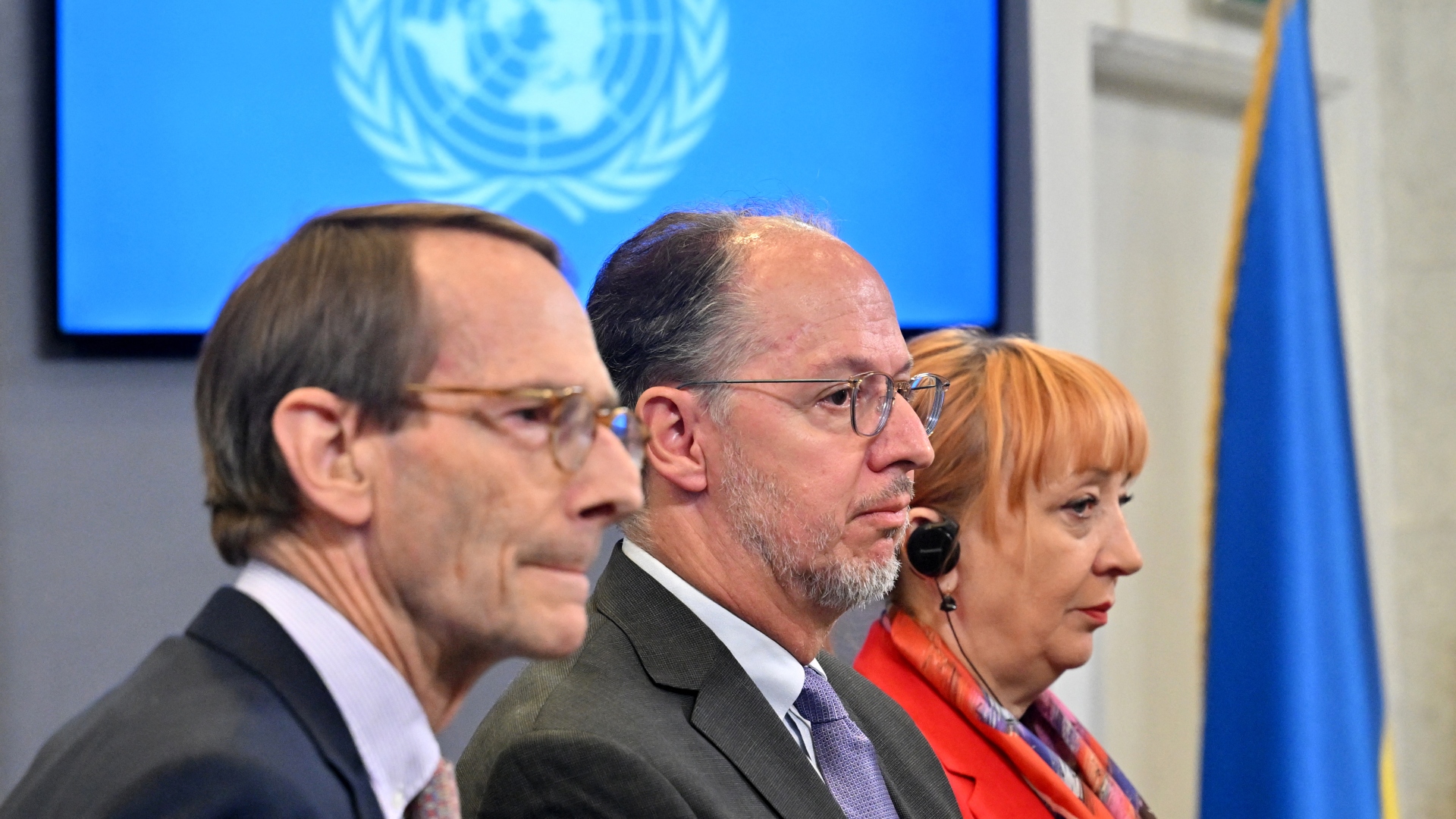 Members of the Independent International Commission of Inquiry on Ukraine held a news conference following the first trip to the country to investigate allegations of war crimes. /Sergei Supinsky/AFP

Members of the Independent International Commission of Inquiry on Ukraine held a news conference following the first trip to the country to investigate allegations of war crimes. /Sergei Supinsky/AFP

The Independent International Commission of Inquiry on Ukraine, set up by the UN Human Rights Council, has just completed its first visit to the country. It spent 10 days touring towns and villages in the north of the country, where Russian troops were forced to retreat in the early days of their attack.

The conflict in Ukraine is now into its fourth month and clear patterns are emerging. Russian military tactics are now based on intense artillery and aerial bombardments of villages, towns and cities, forcing the Ukrainians to retreat before sending their own troops in.

Russia denies that it is targeting civilians and that claims of executions of civilians and mass graves are fake news. So the United Nations sent an independent commission of inquiry to Ukraine to see for itself if war crimes had been committed.

It has just completed its first visit and held a media conference in Kyiv to announce its findings.

The Commission chair, Erik Mose, said it's too early to make any legal determinations but his initial findings are disturbing.

"Subject to further confirmation, the information received and sites visited, the destruction may support claims that serious violations of international human rights law and international humanitarian law, perhaps reaching war crimes and crimes against humanity have been committed in the area," Mose said. 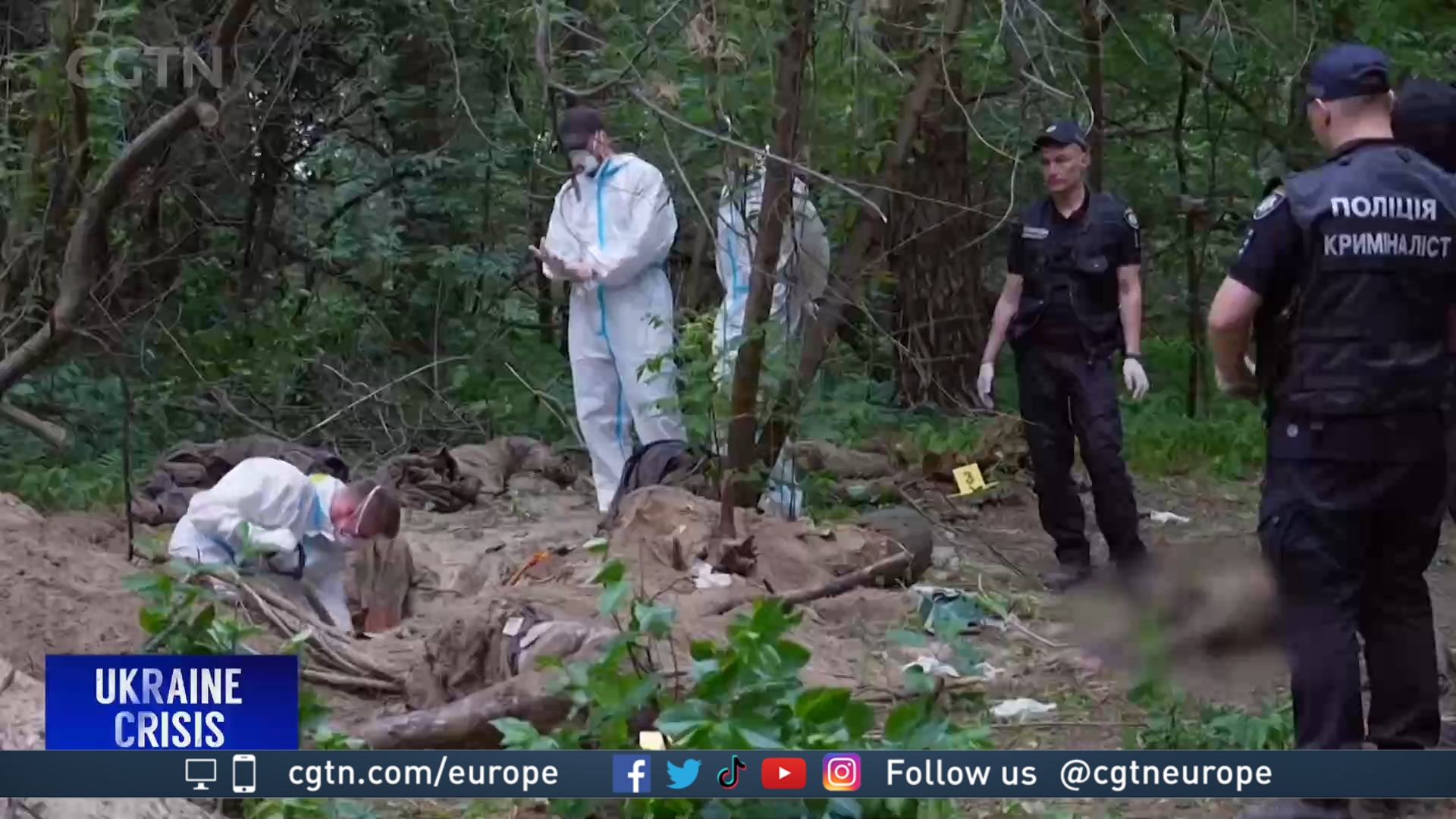 He was followed by fellow commission member, Jasminka Dzumhur.

"Testimonies also included stories of the destruction of civilian property, looting, the mistreatment and disappearance of civilians as well as reports of rapes and other sexual abuse," said Dzumhur.

Accusations of Russian soldiers sexually abusing or raping Ukrainians have been dismissed as fake news by authorities in Moscow. Dzumhur said further research and verification was needed.

Along with Kyiv, the commission visited Chernihiv near the Belarussian border, Kharkiv and Sumy near the Russian border as well as Irpin and Bucha, commuter towns on the outskirts of Kyiv. All showed evidence of widespread destruction of property. After the Russians retreated, mass graves were discovered in and around Bucha.

Last week another mass grave was found in the woods near Bucha. Mose explained what they had discovered there.

"In Bucha and Irpin the commission received information about arbitrary killings of civilians, destruction and looting of property, as well as attacks on civilian infrastructure," he said.

Before coming to Ukraine the Commission informed Russia of the visit and asked for its cooperation but has not had a reply. They say they will try again.

Several more visits to other parts of the country will take place in the coming months, with the final report due in September.