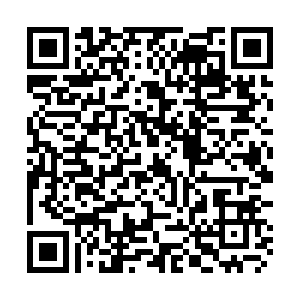 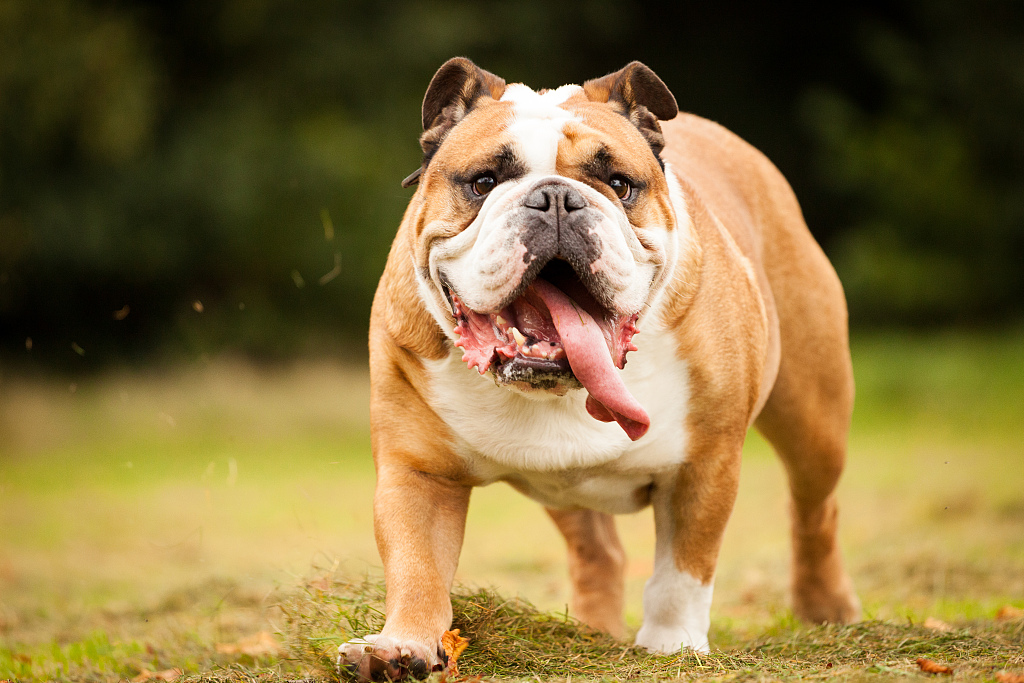 Vets are urging people to remember that English bulldogs are 'suffering.' /darrenirwin via AFP

Vets are urging people to remember that English bulldogs are 'suffering.' /darrenirwin via AFP

English bulldogs are twice as likely to get common health problems compared to other dogs, a new study published in the journal Canine Medicine and Genetics has found.

Vets are urging people to look beyond the cuteness of flat-faced breeds to see that they are "suffering."

The dogs are a popular choice for many, but they are 38 times more likely to develop skin fold infections, 27 times at greater risk of a disorder called "cherry eye," and are nearly 20 times more likely to have breathing problems than other pooches, claims the research.

One of the authors of the study, Dan O'Neill of Britain's Royal Veterinary College, told AFP, "It isn't a dog problem. The dogs are suffering, this is a human problem."

The researchers took a random sample of more than 2,650 English bulldogs and 22,000 other companion dogs that had veterinary care in the UK in 2016, collected from the database of the Royal Veterinary College's VetCompass project.

The study found that English bulldogs have double the odds of having at least one common health disorder per year than other dogs.

Further research using VetCompass data earlier this year showed that English bulldogs have a life expectancy of 7.4 years, compared to the average of 11.2 years for other dogs. 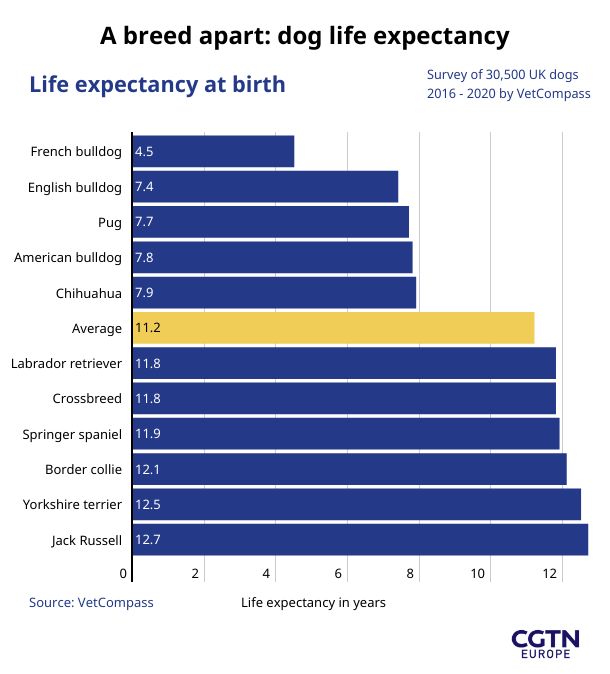 Nevertheless, there was some positivity in the study, which found that English bulldogs were less likely to get illnesses such as dental disease, heart murmur and flea infestation. O'Neill said that these strengths are likely to be connected to their extreme breeding.

"Bulldogs have so many head and oral issues that they salivate all the time. That drooling might actually be helping their teeth because it's flushing out their mouth," he said.

Sonia Saxon of the UK's Bulldog Breed Council said that the major issue was that many dogs were not being bred to the country's breeding standard, being marketed as unique if they were smaller or had different colors.

Banning English bulldogs is not a solution, according to O'Neill, who claims that the real problem to tackle is "extreme conformation" in which dogs are bred to have features expected of their breed.

What needs to change is "our mental image of what a bulldog should look like," he said. "They can have longer noses, get rid of those skin folds, smaller heads. They can still be a bulldog, but not like the ones we have."

O'Neill told those considering buying a flat-faced breed to "walk a day, even an hour, in that dog's life."

"Why not choose a puppy with good innate health," he said, "as opposed to a puppy that is highly likely to have severe health issues?"