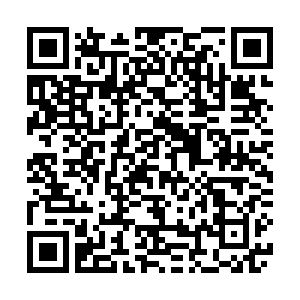 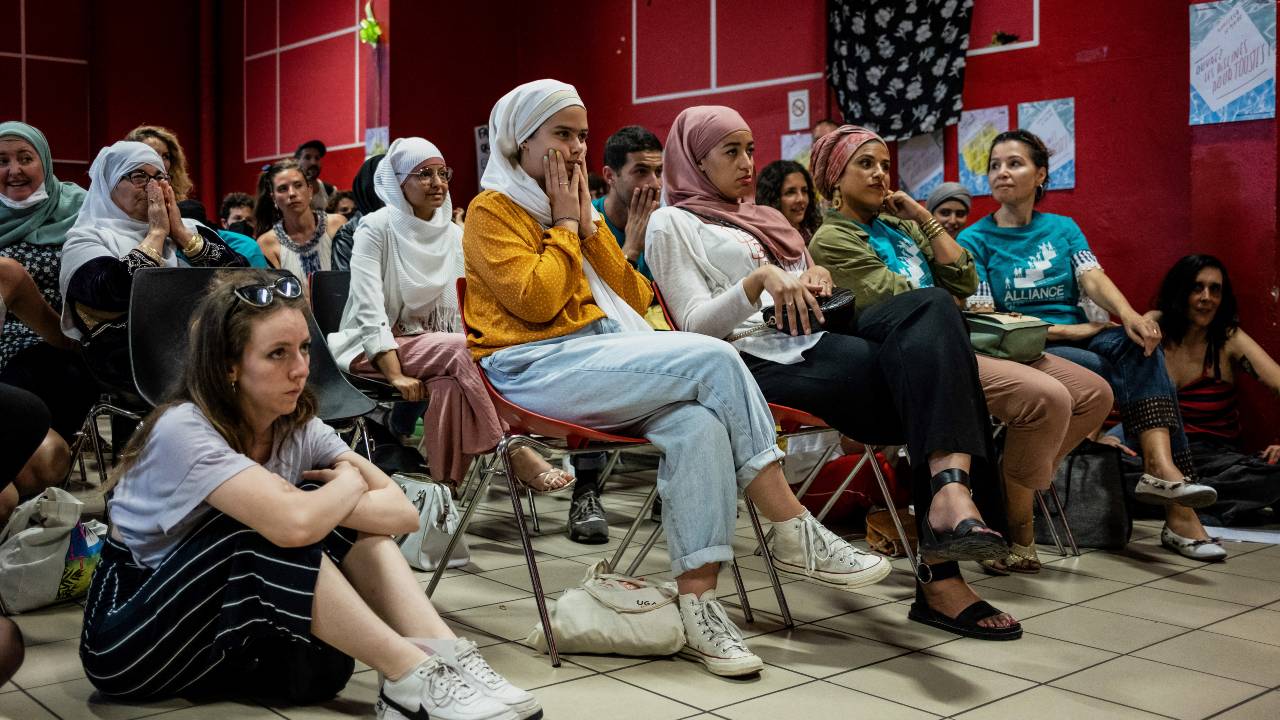 Members of lliance Citoyenne, a pro-burkini citizens association, watch a Municipal Council meeting on a TV screen during a council vote to allow or not the wearing of the burkini in the city's swimming pools, in Grenoble. /Jeff Pachoud/AFP

Members of lliance Citoyenne, a pro-burkini citizens association, watch a Municipal Council meeting on a TV screen during a council vote to allow or not the wearing of the burkini in the city's swimming pools, in Grenoble. /Jeff Pachoud/AFP

The burkini ban debate has reared its head again as Grenoble, a city in southeastern France, has gone to the country's highest administrative court to challenge a ban on wearing burkinis in public pools.

In May, Grenoble city council authorized people to wear all types of swimwear, including burkinis, which led to a legal fight with central government. A French administrative court suspended the city's decision to allow burkinis for women.

The case is now with the Council of State, which is examining the appeal filed by the city of Grenoble.

What is a Burkini?

It is a type of swimsuit for women that covers the whole body except the face, hands and feet. It is usually worn by Muslim women offering them the freedom to go swimming in a pool or a beach while being able to fulfill the Islamic faith's obligation to cover their bodies.

However, you do not have to be a Muslim to wear it as women choose to wear it for various reasons, from wanting to cover up regardless of religious requirements and for protecting their modesty to keeping safe from the sun's harmful UV rays.

It comes with a swim cap attached to the main body of the suit. It looks a lot like a wetsuit with a swimming cap, the only difference being the lighter material of the burkini, which allows the wearer to feel comfortable despite being fully covered.

The debate around burkinis has been going on in France since 2016, when a city in the south of France tried to ban them from public beaches.

In the early days of that ban, a photo of armed French policemen asking a woman on a beach in Nice to remove part of her burkini, went viral.

Following the ban, Aheda Zanetti, the inventor of the garment wrote "when I invented the burkini in early 2004, it was to give women freedom, not to take it away." To her, it is not a religious symbol but a symbol of leisure and fitness, offering women the choice to swim or go to the beach without having to reveal their bodies in a conventional swimsuit or a bikini.

Back then, France's Council of State overturned the ban, saying it infringed on fundamental liberties.

Why is Burkini banned in France?

In France, any form of religious expression in public life can be seen as divisive and provocative.

France's Interior Minister Gerald Darmanin said Grenoble city council's swimwear policy was "seriously undermining secularism" and does not align with French secular values. Darmanin made his remarks on secularism after a lower tribunal upheld his challenge to the city's move in May.

That case was based on a 2021 law about "separatism", with the local court finding the city was gravely infringing the public service principle of neutrality.

Burkini is not the only piece of clothing that is banned in France. Headscarves, also known as a hijab that Muslim women wear to cover their hair, are not allowed in public schools in France. Female French Football Federation players are also banned from wearing it when competing in matches as it is perceived to be a religious symbol. Meanwhile, the face-covering veil, niqab, is banned in all public spaces across the country.

Grenoble is 'not creating a new right'

In seeking to overturn that ruling, Mayor Eric Piolle told the Council of State that the city had not created a "burkini permit," but instead was reversing a municipal ban imposed a decade earlier which he considered discriminatory.

"We're not creating a new right, we're going back to pre-2012 rules," Piolle told the hearing.

The mayor said people of all faiths wore full body swimwear for many reasons, including being conscious of their appearance. Lawyers for the municipality and human rights associations cited the Council of State's decision to allow the town of Chalon-sur-Saone to serve alternative school meals to Muslim children who do not eat pork.

They argued it was not against secular laws for a public service to accommodate minority needs, providing services to all citizens were not disrupted.

The interior ministry's legal representative, Pascale Leglise, said a child's right to eat could not be compared with access to a pool.

"(This measure) aims to adapt the public service for religious motives," Leglise told the hearing.

State-run pools say they support the burkini ban for reasons of hygiene, where they also prevent male swimmers from wearing loose-fitting swimming trunks. However, Grenoble city council has decided not to implement this rule either, allowing men to wear Bermuda shorts, which are not normally permitted.

Those opposed to the ban argue that women should have the choice to wear what they like, and that it must be seen as a sign of freedom of choice as opposed to religious oppression.

A ruling in the Grenoble case is expected in a few days' time.