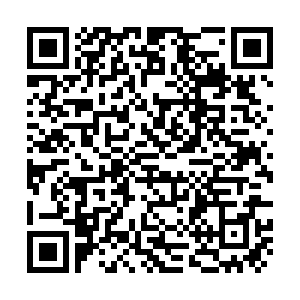 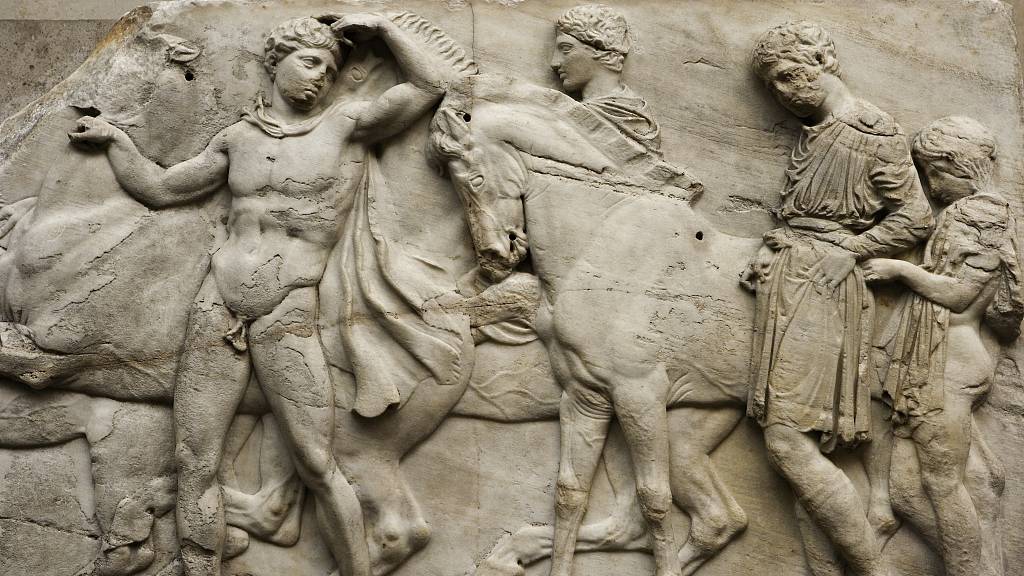 Detail of north frieze of Parthenon sculpture on display at The British Museum in London. /CFP

Detail of north frieze of Parthenon sculpture on display at The British Museum in London. /CFP

The chairman of the British Museum has revealed that a deal is possible to share the Parthenon Marbles with Greece, which has long sought their return. The 2,500-year-old friezes taken from Athens in the 19th century are at the center of a long-running row with London, which insists they are protected at the British Museum where the world can see them.

Museum chairman George Osborne - Britain's former finance minister - said in an interview on Tuesday that there is a "deal to be done" to share the priceless artworks.

Such an agreement would be welcomed by countries like China, which has successfully retrieved many lost cultural relics in recent years.

He added: "Sensible people can arrange something that makes the most of the Parthenon Marbles, but if either side says there's no give at all, then there won't be a deal."

The Parthenon temple was built in the 5th century BCE on the Acropolis to honor Athena, the patron goddess of Athens.

In the early 1800s, workmen took friezes from the monument on the orders of the British ambassador to the Ottoman Empire, Thomas Bruce, known as Lord Elgin. Elgin sold the marbles to the British government, which in 1817 passed them on to the British Museum where they remain one of its most prized exhibits.

Athens insists the sculptures were stolen.

In an interview last year, Britain's Prime Minister Boris Johnson ruled out the return of the marbles, claiming they were lawfully acquired by Britain and legally owned by the British Museum's trustees.

Osborne noted that "I don't want to speak for all the trustees of the British Museum. We'd have to properly look at everything. Sensible people should come up with something so you can see them in their splendor in Athens, and you can see them alongside the splendors of other civilisations in London."

Visitor to the Parthenon gallery at the British Museum. /Chris J Ratcliffe/Getty Images

Visitor to the Parthenon gallery at the British Museum. /Chris J Ratcliffe/Getty Images

In March 2019, China's cultural relics authority learned that a set of eight ancient bronze utensils being auctioned in Japan were illegally exported from China.

Having learned that the artifacts were last seen in Shanghai in 2014, records from Chinese export agencies revealed that the set was stolen from the tomb of earl Kefu of ancient vassal Zeng State in what is now known as Hubei Province and then smuggled abroad. Within five months the relics had been returned.

"The most important reason why many cultural relics came back home in recent years is the enhancement of China's strength," said Huo Zhengxin, professor of law and vice dean of the Faculty of International Law at the China University of Political Science and Law.

China has signed at least 23 bilateral agreements on the protection and return of cultural relics with other countries to pave the way for enforcement cooperation. Lodging a transnational lawsuit, diplomatic negotiation, or commercial repurchase are other methods available to pursue lost cultural relics.

"In the long period from the late Qing Dynasty (1644-1911) to the modern day, China lost its cultural relics in many ways, and therefore, the methods taken by China to pursue cultural relics are diverse," said Huo.

The Old Summer Palace's bronze rabbit and rat heads, looted in 1860, came back to China through donation, while a batch of Dabuzi Mountain gold foil ornaments of the Qin Dynasty (221-206 B.C.) illegally exported from China in the early 1990s were repatriated from France in 2015 through diplomatic negotiation.

In addition, a total of 361 set of Chinese cultural relics discovered by the United States' Federal Bureau of Intelligence (FBI) were returned in 2019 through bilateral enforcement cooperation between the U.S. and China.