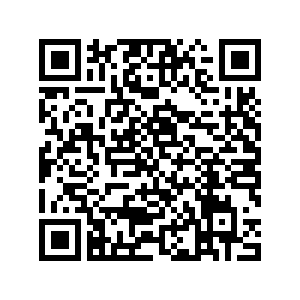 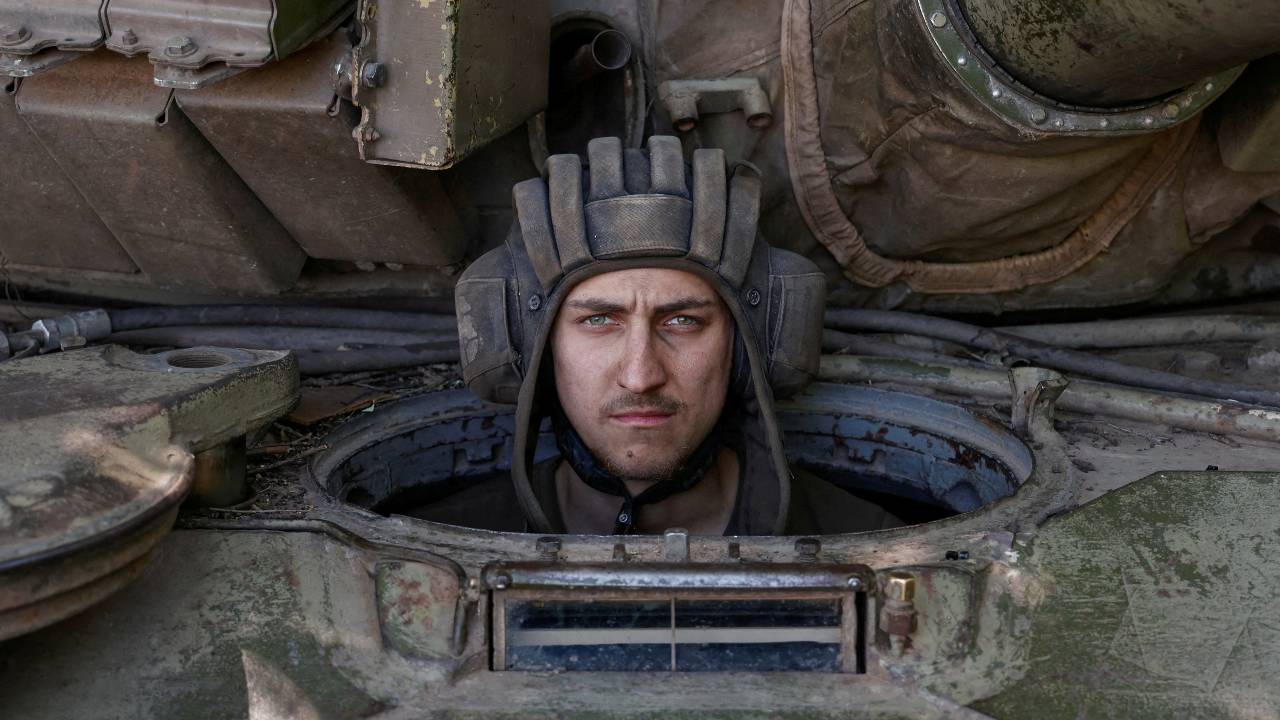 A Ukrainian serviceman looks on from inside a tank at a position in the eastern Donetsk region. /Stringer/Reuters

A Ukrainian serviceman looks on from inside a tank at a position in the eastern Donetsk region. /Stringer/Reuters

• Ukrainian forces have been driven from the center of Sievierodonetsk after fierce street fighting, in which President Volodymyr Zelenskyy said his soldiers were battling for "literally every meter" of the the strategic eastern city. However, despite ceding 70 percent of the city to Russian forces, Ukraine said on Tuesday its forces were still holding out there. READ MORE BELOW

• Russian troops have reportedly cut off all routes for evacuating citizens from the industrial hub by destroying the last bridge linking it to the Ukrainian-held city of Lysychansk on the other side of the Siverskyi Donets river, and have called on Ukrainian troops to "surrender or die."

• Zelenksyy has made an impassioned plea to the West to speed up arms deliveries in a bid to help stem "terrifying" casualties in the Sievierodonetsk area, saying the battle for the Donbas region would go down as one of the most brutal in European history.

• The Ukrainian military said Russian forces in the eastern Donbas region were "creating conditions" for offensives in the Donetsk cities of Sloviansk, Lyman, Yampil and Siversk.

• At least five people were killed in the Russian-backed statelet of the self-proclaimed Donetsk Peoples' Republic on Monday, in what separatist officials said has been an upsurge in Ukrainian shelling, Russia's TASS news agency reported.

• Pope Francis has accused Russian forces in Ukraine of brutality and "cruelty", praising Ukrainians for their "brave" resistance. However, he also suggested the conflict had been "perhaps in some way provoked."

• British foreign minister Liz Truss said she would do whatever was necessary to secure the release of two British nationals who have been sentenced to death by Russian separatist authorities in occupied Donbas. Russian government spokesman Dmitry Peskov said London had not been in contact with the Kremlin about the issue.

• The European Commission will recommend granting Ukraine official status as an EU candidate country, according to US news site Politico, citing several unnamed officials. EU chief Ursula von der Leyen said that the bloc executive would rule on the decision in the coming week.

• Ukrainian police say another seven bodies, several with their hands and legs bound, have been found in a mass grave near Bucha, the Kyiv suburb that has become synonymous with allegations of Russian war crimes.

• Russia's revenues from exports of oil and gas reached record highs during the first 100 days of the conflict, according to a new report, with Moscow taking in $98 billion, most of it from EU customers.

• The Ukraine conflict could create "new vulnerabilities" in Europe to illegal drugs by triggering shifts in smuggling routes and exposing more people to narcotics, the EU's drugs agency has warned.

Call for arms to save Sievierodonetsk

As the brutal battle for Sievierodonetsk continues, Russian forces destroyed the last bridge linking it to its Ukrainian held sister city of Lysychansk on the other side of the Siverskyi Donets river, making civilian evacuations almost impossible, according to Ukrainian officials.

"The situation in Sievierodonetsk is extremely aggravated - the Russians are destroying high-rise buildings and Azot," Luhansk governor Serhiy Gaidai said, referring to the Azot chemical plant, where a reported 500 civilians are sheltering amid heavy Russian shelling.

Russian forces have taken control of 70 percent of the city, according to the Luhansk governor, who added that the destruction of the bridge meant any civilians still in Sievierodonetsk were trapped and it was impossible to deliver humanitarian supplies.

However, Ukraine said on Tuesday its forces were still holding out and trying to evacuate civilians.

"The situation is very difficult but there is communication with the city," despite the last bridge over the river having been destroyed, said the Ukrainian mayor of Sievierodonetsk, Oleksandr Stryuk.

"Russian troops are trying to storm the city, but the military is holding firm," he added.

Evacuations were still being carried out "every minute when there is a lull and there is a possibility of transportation," Stryuk said. "But these are discrete evacuations, done one by one, and every possible chance is taken." 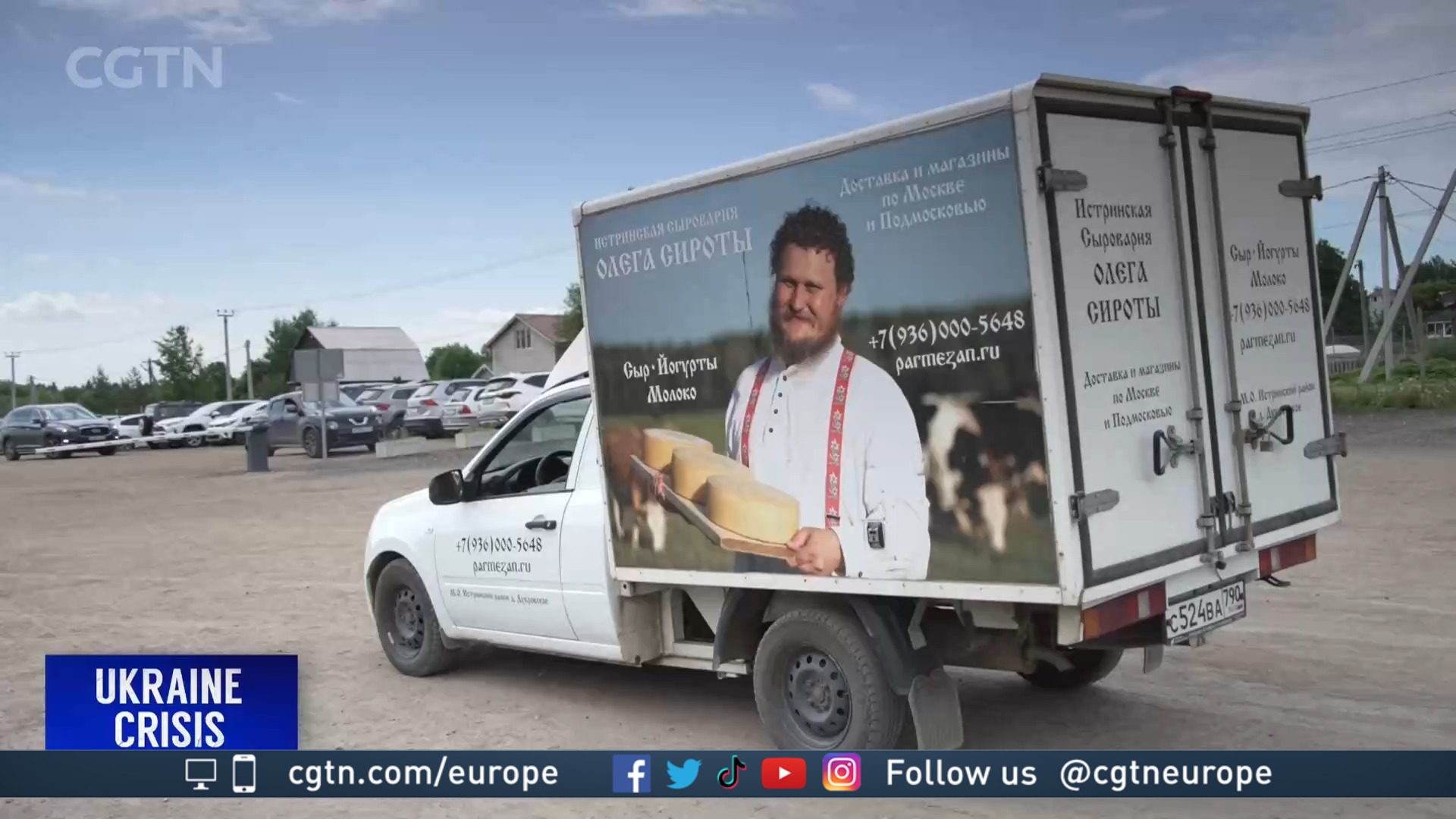 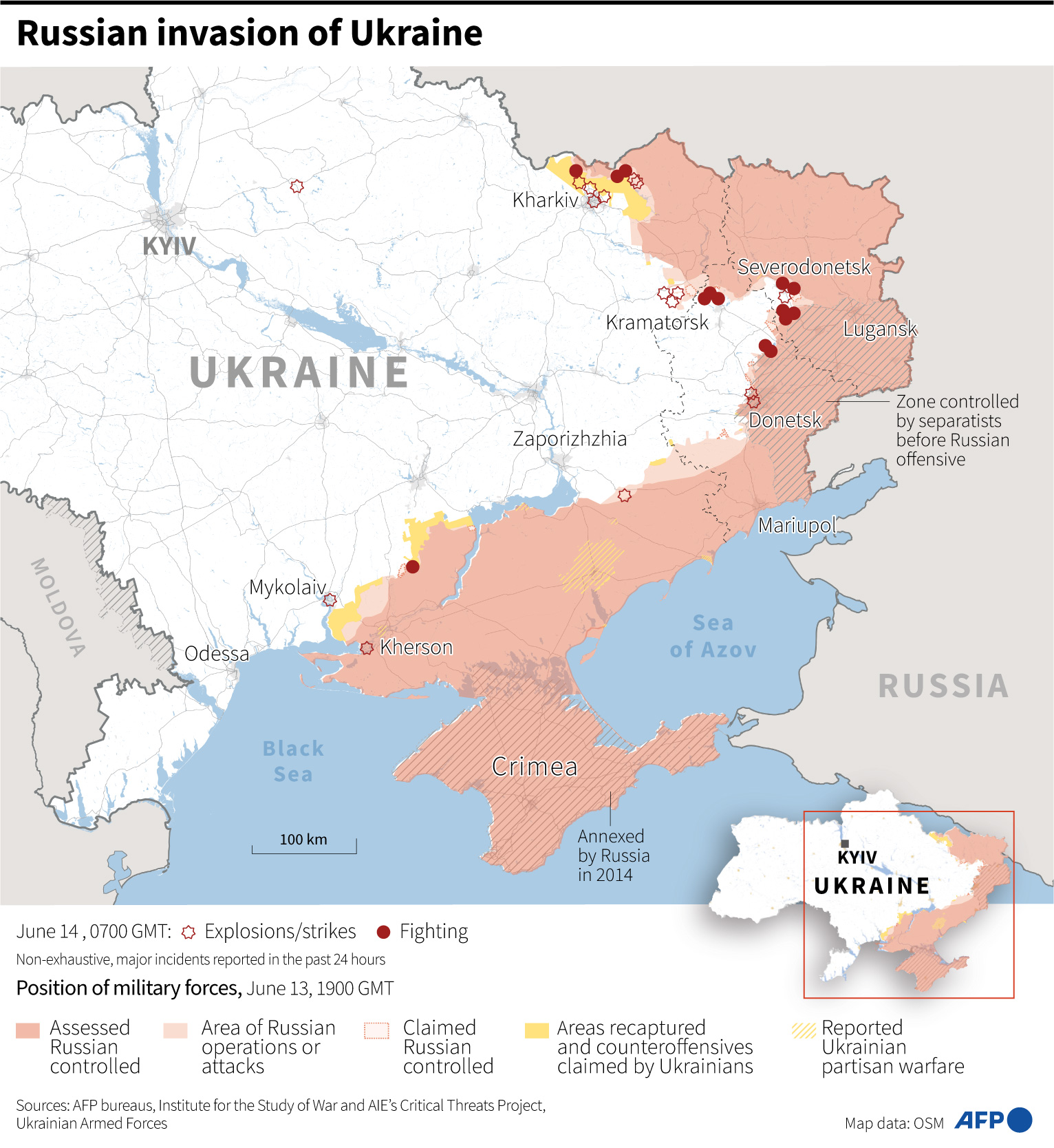 The position of military forces in Ukraine as of June 13. /Simon Malfatto, Sophie Ramis, Kenan Augeard/AFP

The position of military forces in Ukraine as of June 13. /Simon Malfatto, Sophie Ramis, Kenan Augeard/AFP

Ukraine still holds Lysychansk on the opposite bank, but with all the bridges now cut, its forces say there is a risk they could be encircled if they remain. Russia's separatist proxies said any Ukrainian troops left behind must surrender or die.

Ukraine has issued increasingly urgent calls for the West to speed up the delivery of heavy weapons to help defend Sievierodonetsk, which Kyiv says could hold the key to the battle for the Donbas region and the conflict.

Late on Monday, President Volodymyr Zelenskyy said the battle for the Donbas region would go down as one of the most brutal in European history.

"For us, the price of this battle is very high. It is just scary," he said.

"We draw the attention of our partners daily to the fact that only a sufficient number of modern artillery for Ukraine will ensure our advantage."

The president's office has said Ukraine needs 1,000 howitzers, 500 tanks among other heavy weapons as well as 1,000 drones, if they are to retake areas lost in Donetsk and Luhansk. 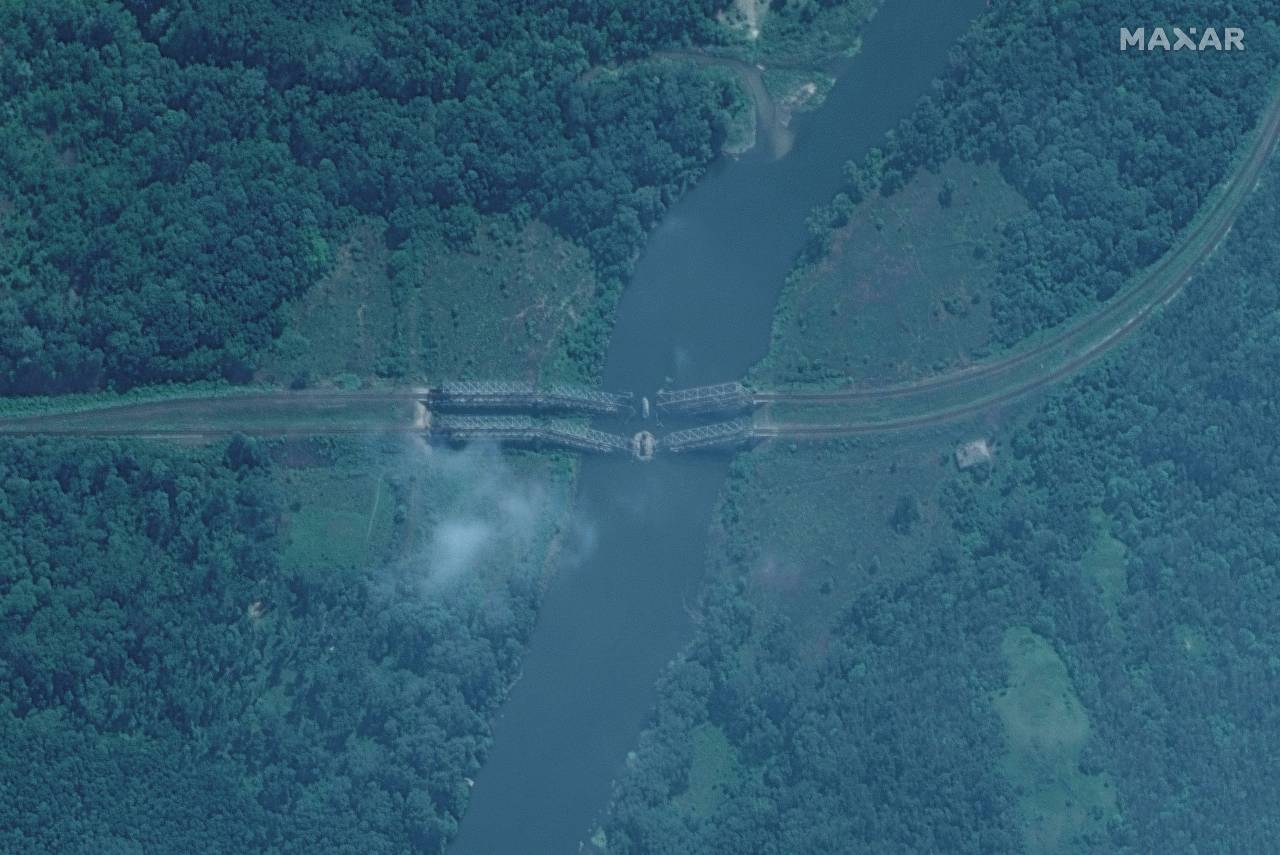 A satellite image shows damaged railroad bridges in the northwest of Sievierodonetsk. /Maxar Technologies/Handout via Reuters

A satellite image shows damaged railroad bridges in the northwest of Sievierodonetsk. /Maxar Technologies/Handout via Reuters