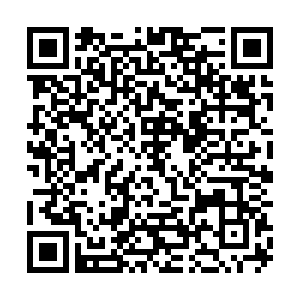 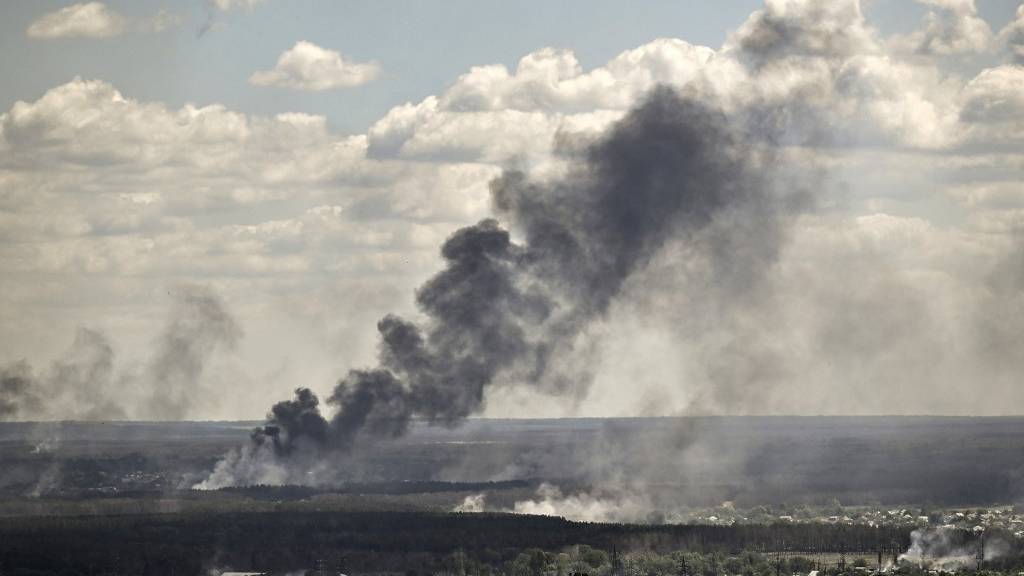 Smoke rises from shelling in the city of Sievierodonetsk. /Aris Messinis/AFP

Smoke rises from shelling in the city of Sievierodonetsk. /Aris Messinis/AFP

• Ukrainian forces claimed to have pushed forward in intense street fighting in the Luhansk city, but said their only hope to take back more land was more Western artillery to offset Russia's firepower advantage.

• Russia now controls more than 98 percent of the Donbas region of Luhansk, according to its governor Serhiy Gaidai, with Sievierodonetsk and neighboring Lysychansk the last cities still partly under Ukrainian control.

• In the south, Ukraine's defense ministry says it has captured new ground in a counter-attack in Kherson province, targeting the biggest swathe of territory Russia has taken since it launched its assault on Ukraine in February.

• Russia has said the West is risking a 'direct military clash' over cyber attacks, after its housing ministry website appeared to be hacked over the weekend with an internet search for the site leading to a "Glory to Ukraine" sign in Ukrainian.

• Two Britons and a Moroccan captured while fighting for Ukraine have been sentenced to death by a court in the self-proclaimed Donetsk People's Republic (DPR), a Russian-backed separatist state in eastern Ukraine. Prime Minister Boris Johnson's spokesperson said Britain is deeply concerned and will work to try to secure their release.

• Zelenskyy warned that millions of people could starve because of what he described as Russia's blockade of Ukraine's Black Sea ports, saying that the world was on the brink of a "terrible food crisis." READ MORE BELOW

• Turkey is trying to broker talks on opening up Ukraine's Black Sea ports to allow grain exports to leave the conflict-stricken country. On his visit to Ankara, Russian Foreign Minister Sergei Lavrov said a UN-backed deal on the ports was possible with further talks, but added Ukraine would first have to remove mines from its waters.

• The consequences of the conflict on food security, energy and finance was "systemic, severe, and speeding up," according to UN chief Antonio Guterres, with 1.6 billion people likely to be affected.

• Polish President Andrzej Duda has allegedly hit out at the leaders of France and Germany over their phone calls with Russian President Vladimir Putin, saying it was like having talks with Adolf Hitler during World War II, according to the German tabloid Bild. 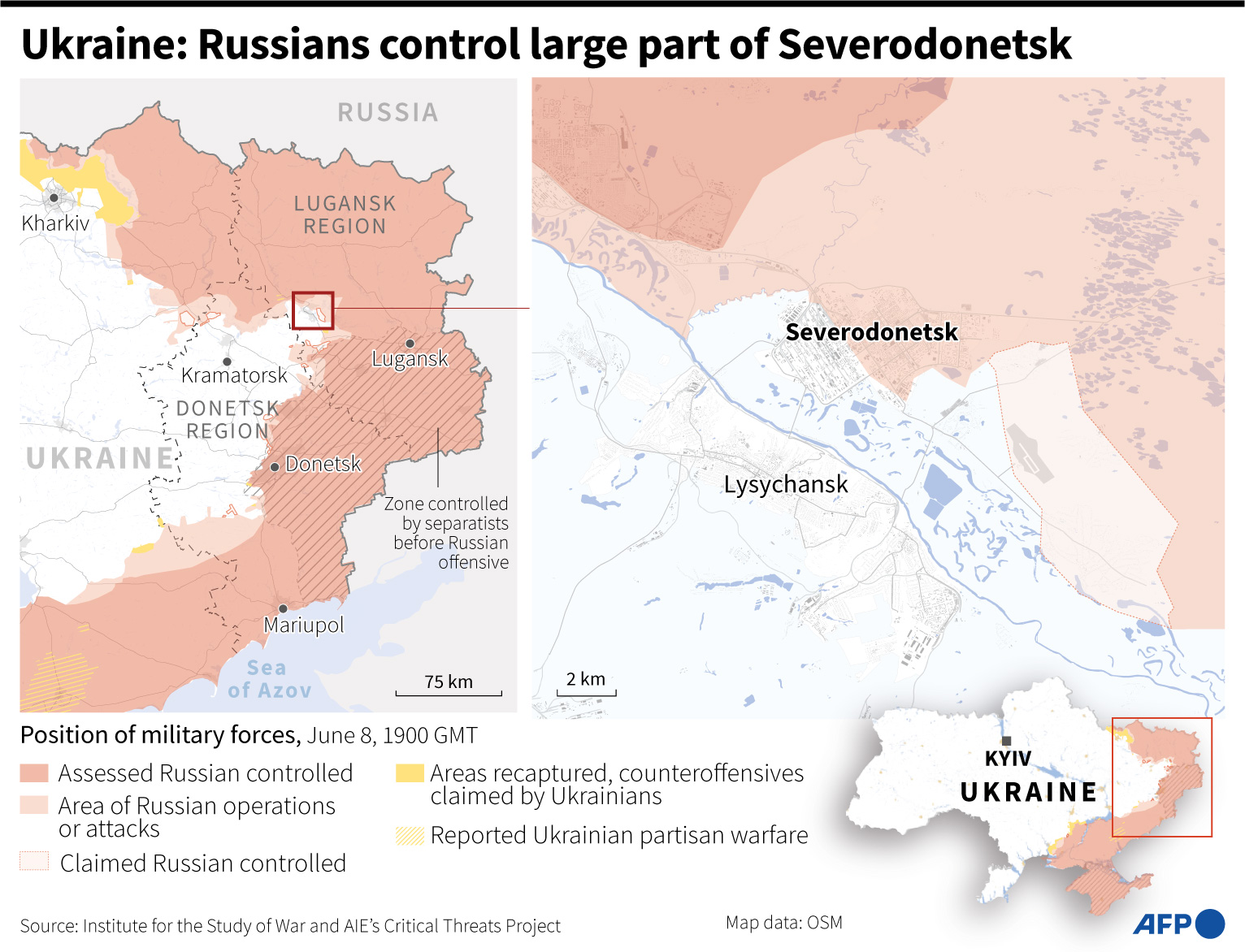 Map of eastern Ukraine showing the latest position of military forces around the Sievierodonetsk, as of June 8. /Paz Pizzaro, Clea Peculier, Kenan Augeard/AFP

Map of eastern Ukraine showing the latest position of military forces around the Sievierodonetsk, as of June 8. /Paz Pizzaro, Clea Peculier, Kenan Augeard/AFP

Russia closes in on Sievierodonetsk

As fierce fighting continues in Sievierodonetsk, one of the bloodiest battles of the conflict, Ukraine's Zelenskyy said the fight for the strategic Luhansk city would determine the fate of the entire Donbas region.

Sievierodonetsk and its twin city Lysychansk on the opposite bank of the Siverskyi Donets river are the last Ukrainian-controlled parts of Luhansk province, with Russia concentrating its offensive force there.

Both sides say they have inflicted massive casualties in the area, which Moscow is determined to take as one of its principal objectives of "liberating" the whole of Donbas, which Russian-backed separatists have controlled around a third of since 2014.

"They don't spare their people, they're just sending men like cannon fodder," Ukraine's Security Council Secretary Oleksiy Danilov said of the fighting in Sievierodonetsk on Thursday. "They are shelling our military day and night." 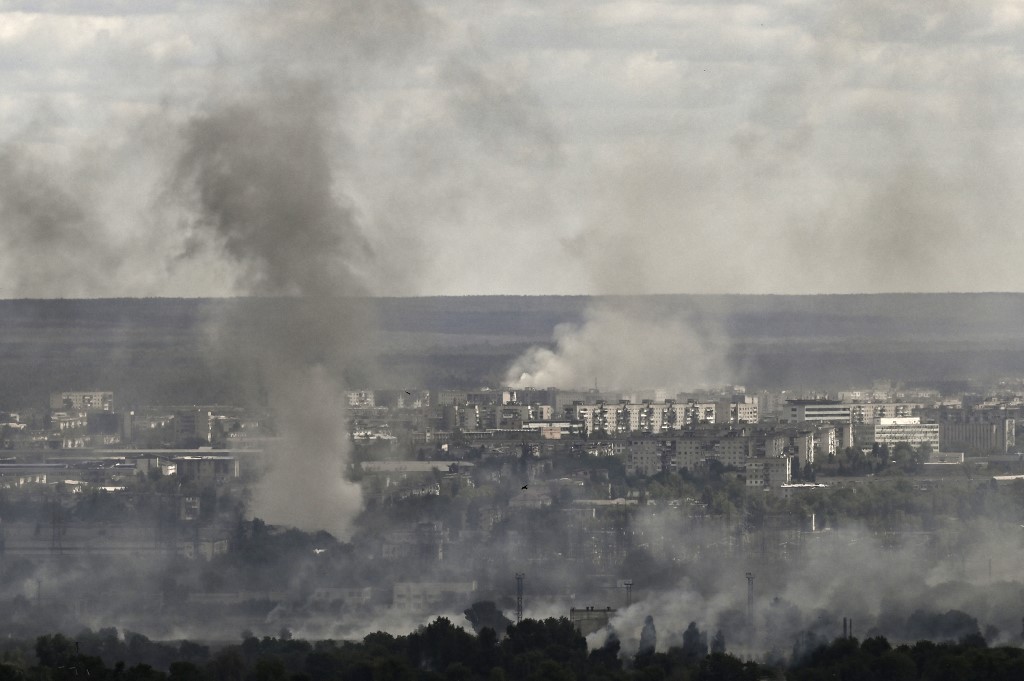 Ukraine's Zelenskyy says the fight for Sievierodontesk would determine the fate of the entire Donbas region. /Aris Messinis/AFP

Ukraine's Zelenskyy says the fight for Sievierodontesk would determine the fate of the entire Donbas region. /Aris Messinis/AFP

Ukrainian fighters retreated to the city's outskirts on Wednesday but have vowed not to surrender, claiming to have pushed back against Russia's advance.

Kyiv's forces still hold the industrial zone and adjacent areas in Sievierodonetsk and the situation is "difficult but manageable," the city's mayor Oleksandr Stryuk said this morning.

But according to the commander of Ukraine's Svoboda National Guard battalion, the fight was being waged house to house and under heavy Russian artillery.

"This is a very brutal battle, very tough, perhaps one of the most difficult throughout this war," President Zelenskyy said on Wednesday.

"Sievierodonetsk remains the epicentre of the encounter in Donbas... Largely, that is where the fate of our Donbas is being decided now," he added. 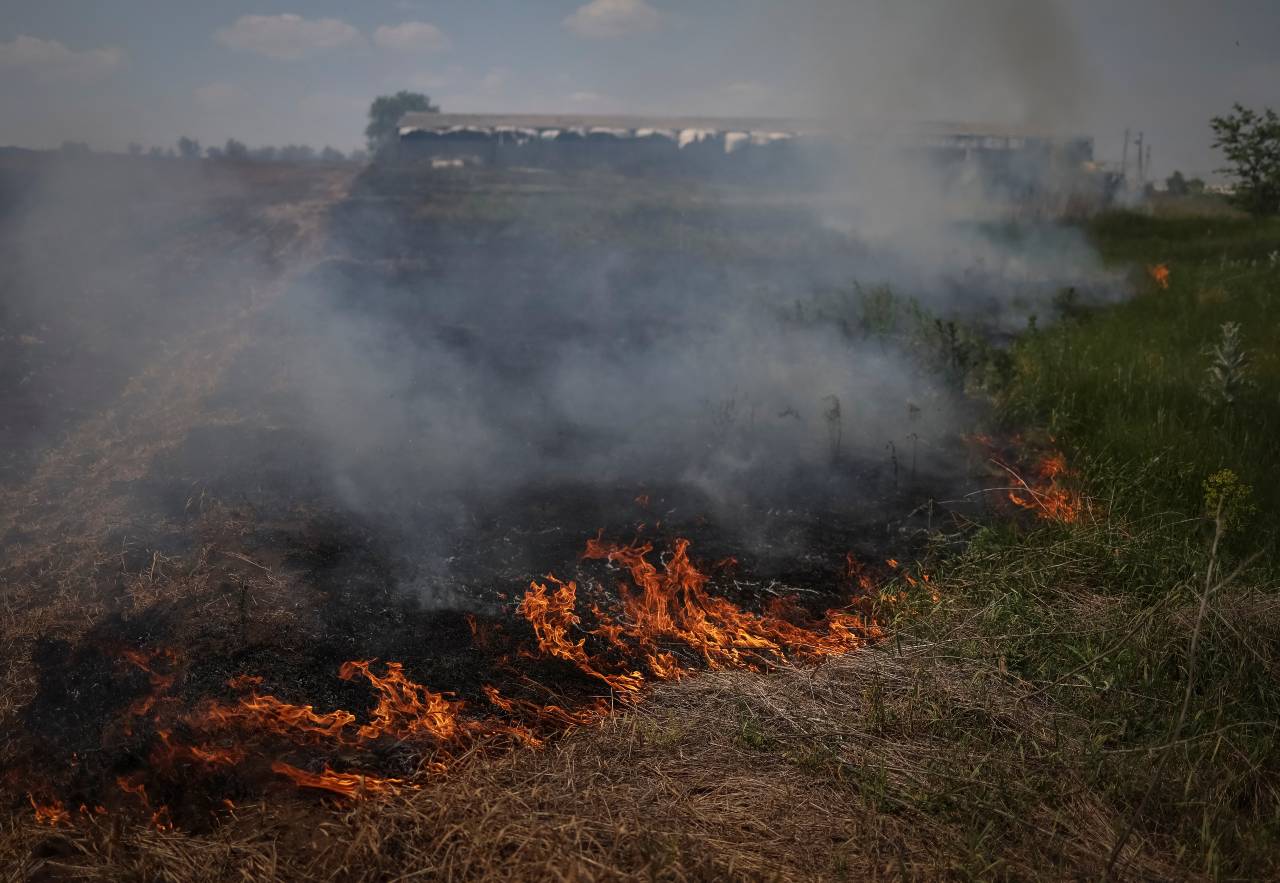 Grass is on fire near a destroyed grain silos after the morning shelling near the town of Soledar in Donbas. /Gleb Garanich/Reuters

Grass is on fire near a destroyed grain silos after the morning shelling near the town of Soledar in Donbas. /Gleb Garanich/Reuters

Ukraine, one of the world's biggest grain exporters, has accused Russia of creating a risk of global famine by blockading Ukraine's Black Sea and Azov Sea ports. However, Moscow accused Kyiv of holding up a deal, adding that Western sanctions were responsible for food shortages.

Turkey has been trying to broker negotiations to open up the ports, with Foreign Minister Mevlut Cavusoglu hosting his Russian counterpart Sergei Lavrov on Wednesday, saying that a UN-backed deal on the ports was possible with further talks.

Lavrov said the Ukrainian ports could be opened, but Ukraine would have to de-mine them first.

However, Ukraine has rejected Russia's assurances as "empty words" and said Moscow's attacks on farmland and agricultural sites were exacerbating the crisis.

Vitaliy Kim, governor of the Mykolaiv region, where Russian shelling destroyed the warehouses of one of Ukraine's largest agricultural commodities terminals over the weekend, said Moscow was trying to scare the world into meeting its terms.

According to the Kremlin, Russian President Vladimir Putin says Western sanctions must be lifted for Russian grain to reach markets.