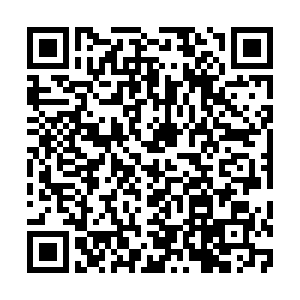 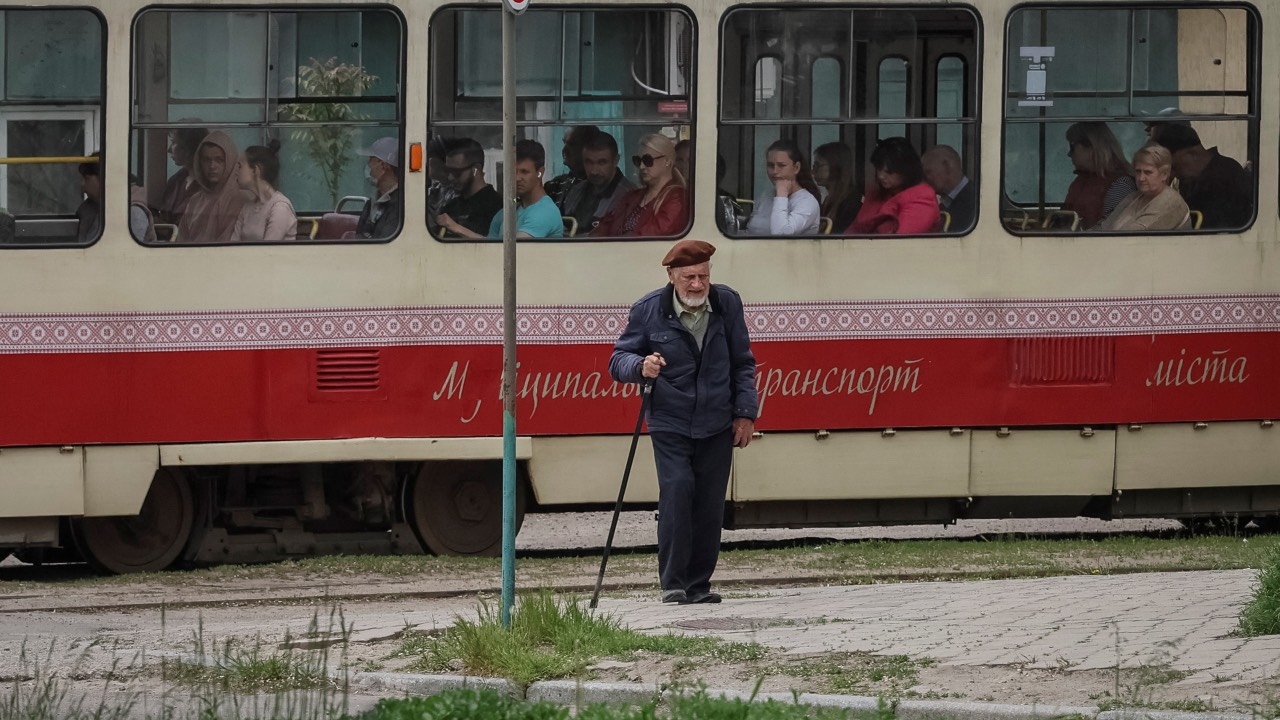 A man walks down a street as passengers ride in a tram in central Zaporizhzhia. /Gleb Garanich/Reuters

A man walks down a street as passengers ride in a tram in central Zaporizhzhia. /Gleb Garanich/Reuters

• U.S. Defense Secretary Lloyd Austin urged Russian Defense Minister Sergei Shoigu to move immediately to implement a ceasefire in Ukraine, in their first conversation since before the conflict began, the Pentagon said.

• Ukraine will fight for the remote Zmiinyi Island, Snake Island, in the Black Sea "for as long as is needed", the head of Ukrainian military intelligence said on Friday. "Whoever controls the island can at any time block the movement of civilian ships in all directions to the south of Ukraine," Kyrylo Budanov said in televised comments.

• Ukrainian forces destroyed a pontoon bridge and parts of a Russian armored column as it tried to cross a river in the Donbas region, video footage released by Ukraine's military showed on Friday. The UK defense ministry said it believed almost an entire Russian battalion had been destroyed in the engagement. Separately, a Russian naval ship was also set on fire in the Black Sea.

• A Ukrainian court held a preliminary hearing on Friday in the first war crimes trial of the ongoing conflict, after charging a captured Russian soldier with the murder of a 62-year-old civilian.

• Ukraine's Foreign Minister Dmytro Kuleba called on the major industrialized nations to seize and hand over Russian assets to help with rebuilding his country, as he met G7 leaders in Germany.

• Germany's Agriculture Minister Cem Ozdemir accused Russia of grain theft in eastern Ukraine, as G7 countries met to discuss the impact of the war on the global food supply.

• Ukraine's army says Russian artillery reinforcements have been brought in to shell villages in the northeastern Chernihiv region, near the border with Russia. Russian troops are trying to establish "full control" over the eastern town of Rubizhne, it says.

• Women who have fled Ukraine for Poland must have access to reproductive rights that meet international standards, including abortions, a top UNHCR official said on Friday, amid reports of rape and sexual violence in Ukraine.

• Turkish President Recep Tayyip Erdogan said Turkey did not have a "positive opinion" on Finland and Sweden joining NATO, throwing up a potential obstacle for the nations' membership bid. Finland's Foreign Minister Pekka Haavisto urged patience and called for a step-by-step approach in response to Turkish resistance.

• Britain sanctioned 12 members of Russian President Vladimir Putin's "inner circle" including his reputed girlfriend, accusing them of hiding tens of billions of dollars on his behalf.

• Moscow advised its citizens against travel to the United Kingdom, citing London's "unfriendly" stance as well as huge delays in visas for Russians. 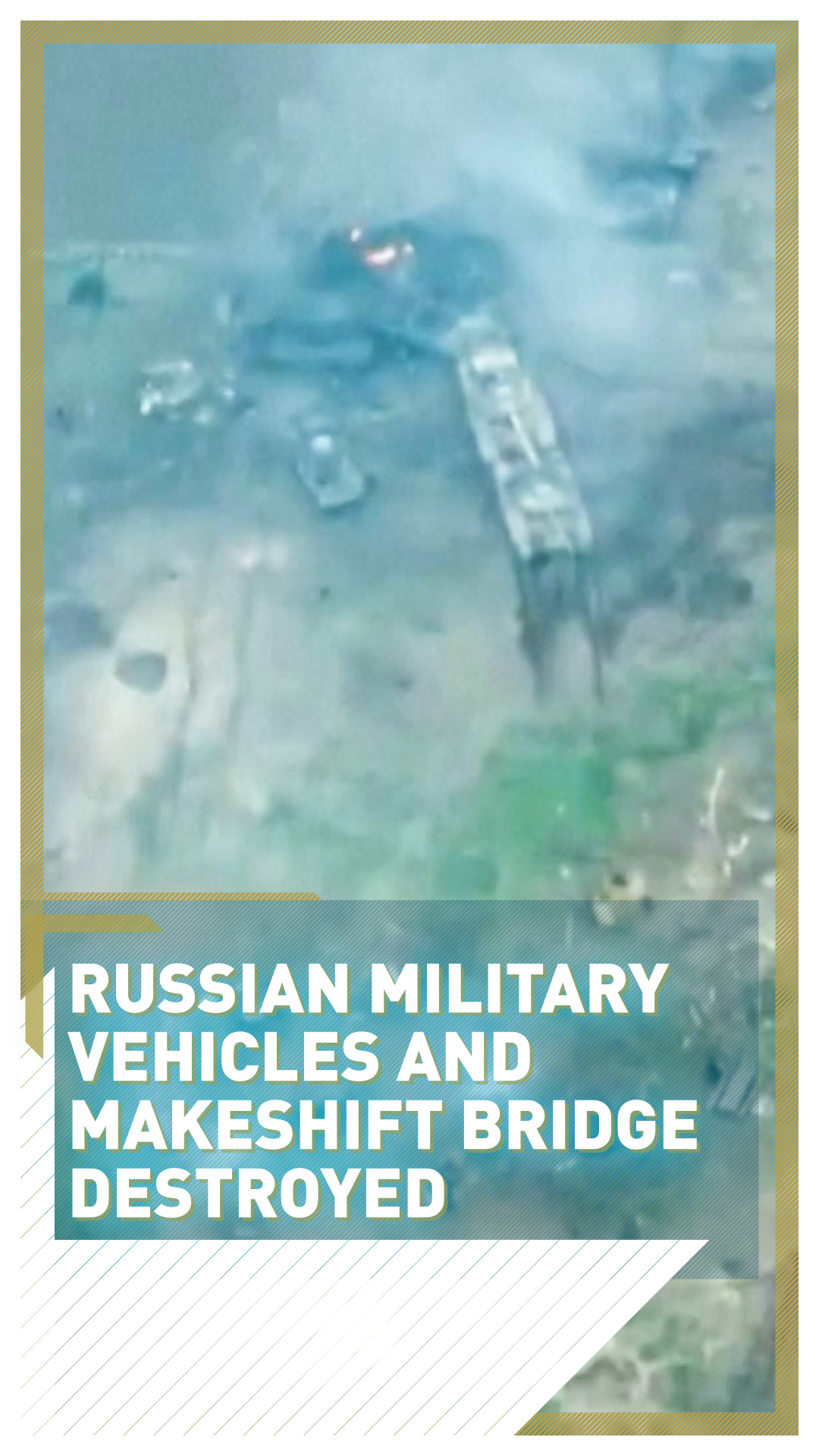 • Russia's Foreign Minister Sergei Lavrov said he doubted the motives of Ukraine's intention of joining the European Union, while accusing Brussels of ambitions beyond the European continent.

• Zelenskyy also said in an interview on Friday that he was ready to have a dialogue with Russian President Vladimir Putin without an intermediary, but not under the so-called ultimatum.

• Putin told Germany's Chancellor Scholz in phone call on Friday that progress in negotiations over an end to the conflict had been "essentially blocked by Kyiv", but that the two sides were continuing talks on various levels.

• The United States accused Russia of forcibly taking on to territory under its control tens of thousands of Ukrainians, often singled out for their resistance to the Russian offensive. The remarks support allegations by the Ukrainian government which estimates nearly 1.2 million people have been deported into Russia or Russian-controlled territory and has denounced so-called "filtration camps" in which Moscow interrogates detained people.

• EU foreign policy chief Josep Borrell said on Friday the bloc would provide a further €500 million worth of military support to Ukraine and that he was confident a deal could be reached in the coming days to agree an embargo on Russian oil.

• G7 industrialized nations are "strongly united" in backing Ukraine until its "victory" against Russia, France said on Friday, as Britain urged more weapons for Kyiv and imposing further sanctions to keep up the pressure against  Putin.

• Zelenskyy believes French leader Emmanuel Macron is trying "in vain" to have a constructive dialogue with Putin, according to an interview transcript released by Kyiv on Friday.

• Two journalists for Kremlin-backed television channel RT were injured on Friday during a rocket attack in eastern Ukraine which the channel blamed on Ukrainian forces.

• The European Alliance of News Agencies confirmed the suspension of Russia's TASS agency for not respecting its standards.

• Russia's four leading football clubs have appealed to the Court of Arbitration for Sport to overturn a ban blocking them from European competition next season. 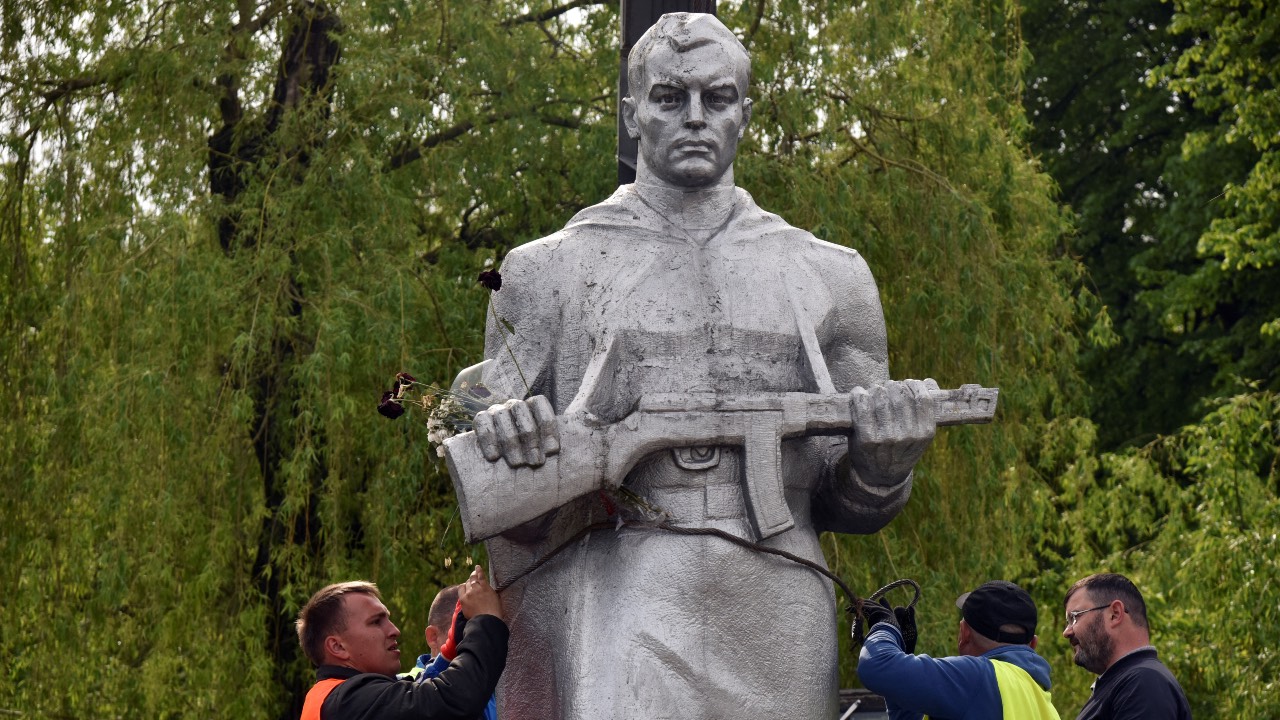 Workers dismantle a sculpture of a Soviet soldier from the Eternal Flame memorial complex created by the Soviet authorities in Chervonohrad, Lviv region. /Pavlo Palamarchuk/Reuters

Workers dismantle a sculpture of a Soviet soldier from the Eternal Flame memorial complex created by the Soviet authorities in Chervonohrad, Lviv region. /Pavlo Palamarchuk/Reuters

Turkish President Recep Tayyip Erdogan said Turkey did not have a "positive opinion" on Finland and Sweden joining NATO, throwing up a potential obstacle for the nations' membership bid.

The leader of NATO-member Turkey spoke ahead of expected confirmations from the Nordic nations on Sunday that they will apply to join the Western military alliance.

Erdogan accused both countries of harboring "terrorist organizations" in his unfavorable assessment of the membership bids.

"We do not have a positive opinion," Erdogan told journalists after Friday prayers in Istanbul. "Scandinavian countries are like a guesthouse for terror organizations."

Turkey has long accused Nordic countries, especially Sweden, which has a strong Turkish immigrant community, of harboring extremist Kurdish groups as well as supporters of Fethullah Gulen, a U.S.-based preacher wanted over a failed 2016 coup.

Erdogan cited a "mistake" made by Turkey's former rulers who approved Greece's NATO membership in 1952. "We, as Turkey, do not want to make a second mistake on this issue," he said.

Moscow's February 24 offensive in Ukraine has swung political and public opinion in Finland and Sweden in favour of membership as a deterrent against Russian aggression.

Both countries have long cooperated with NATO, and are expected to be able to join the alliance quickly. NATO chief Jens Stoltenberg has repeatedly said they would be welcomed "with open arms".

Turkey's "not positive" response is the first dissenting voice against the two Nordic countries' NATO prospects.

"We will then have the opportunity to discuss a potential Swedish NATO application," Sweden's foreign minister Ann Linde said in a statement, also noting that the "Turkish government had not delivered this type of message directly to us".

Speaking at a Helsinki press conference, Finland's Peeka Haavisto also said he hoped to meet with Turkish Foreign Minister Mevlut Cavusoglu over the weekend to "continue our discussion." 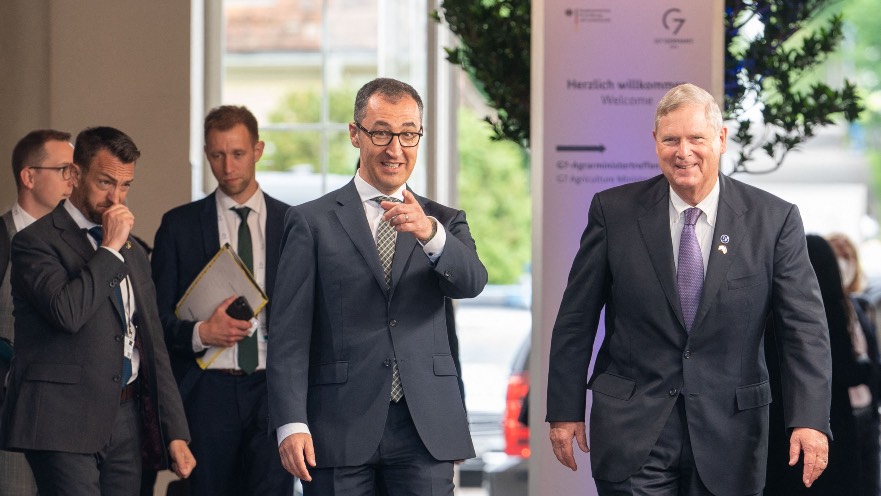 G7 industrialized nations are "strongly united" in backing Ukraine until its "victory" against Russia, France said on Friday, as Britain urged more weapons for Kyiv to keep up the pressure against Russian President Vladimir Putin.

"It is very important at this time that we keep up the pressure on Vladimir Putin by supplying more weapons to Ukraine, by increasing the sanctions," said British Foreign Secretary Liz Truss as she arrived for a second day of talks with her G7 counterparts.

"G7 unity has been vital during this crisis," she added.

French Foreign Minister Jean-Yves Le Drian said the G7 countries were "very strongly united" in their will to "continue in the long term to support Ukraine's fight for its sovereignty until Ukraine's victory".

The foreign ministers are meeting over three days in the resort of Wangels in Germany, which currently holds the presidency of the group.

The conflict in Ukraine is set to be the main topic on the agenda, with Ukrainian and Moldovan foreign ministers Dmytro Kuleba and Nicu Popescu also on the guest list.

Russia started its military offensive in Ukraine on February 24 but Ukrainian forces managed to push Moscow's forces back from Kyiv, and the conflict is now well into its third month.

Western countries have supplied Ukraine with weapons, including artillery, anti-aircraft missiles, anti-tank weapons and other powerful materiel, but Kyiv has been pushing allies for more support.

Le Drian also pointed to the global effects of what he called a "lasting conflict... particularly in the area of food security".

"We as the strongest industrialized democracies have a special responsibility" to help poorer nations weather the food and energy squeezes caused by the conflict, the minister said.