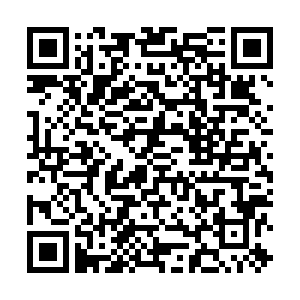 An argument has been brewing in Spain about women's rights, and what exceptions or changes to work and labor laws is helpful - and what becomes "a stigmatization."

Pedro Sanchez's left-leaning coalition has put equality at the policy forefront, and a recognition of debilitating menstrual pain is seen as a next step by leading voices in his government.

In April, Minister for Equality Angela Rodriguez gave an interview in which she raised her hopes of legislating to include "painful periods" as a valid reason for sick leave.

It would make Spain the first European - and first western - nation to make period pains a legitimate reason for taking sick leave from work or school. Currently Japan, Indonesia and South Korea have similar rules in place.

"53 percent of women suffer from painful periods and in young people it rises to 74 percent. This is unacceptable and should make doctors and society reflect," Rodriguez said.

The interview set out Rodriguez's policy platform on abortion, menstrual and reproductive health, and "co-responsibility" for contraception which has placed the search for a male contraceptive pill atop of Spain's priorities.

"It is important to clarify what a painful period is: we are not talking about a slight discomfort, but about serious symptoms such as diarrhoea, severe headaches, fever... Symptoms that when there is a disease [responsible], a temporary disability is granted, therefore the same should happen with menstruation," Rodriguez told El Periodico.

This sick leave would cover 3 days, but could be increased to 5 if symptoms are most severe.

How to join Nato

But Economy Minister Nadia Calvino threw a spanner in the works on Thursday, as she responded to criticism from Spain's largest trade union that a menstruation-specific law could "stigmatize" women.

"Allow me to repeat it clearly, this government believes in and is absolutely committed to gender equality and we are never going to adopt measures that could result in the stigmatization of women," the minister said.

She explained "several drafts" are in circulation and a final decision on the legislative proposal is not yet agreed.

However, Labor Minister Yolanda Diaz put her political weight behind the plan, and attacked Calvino's choice of words.

"I think it stigmatizes not having enough sensitivity to understand that women and men are different and that the world of work is not neutral," she said, after criticism of the policy asserted it would divide men and women.