Download
Cost of living crisis: 'Many in Greece will end up living in poverty'
Evangelo Sipsas in Athens 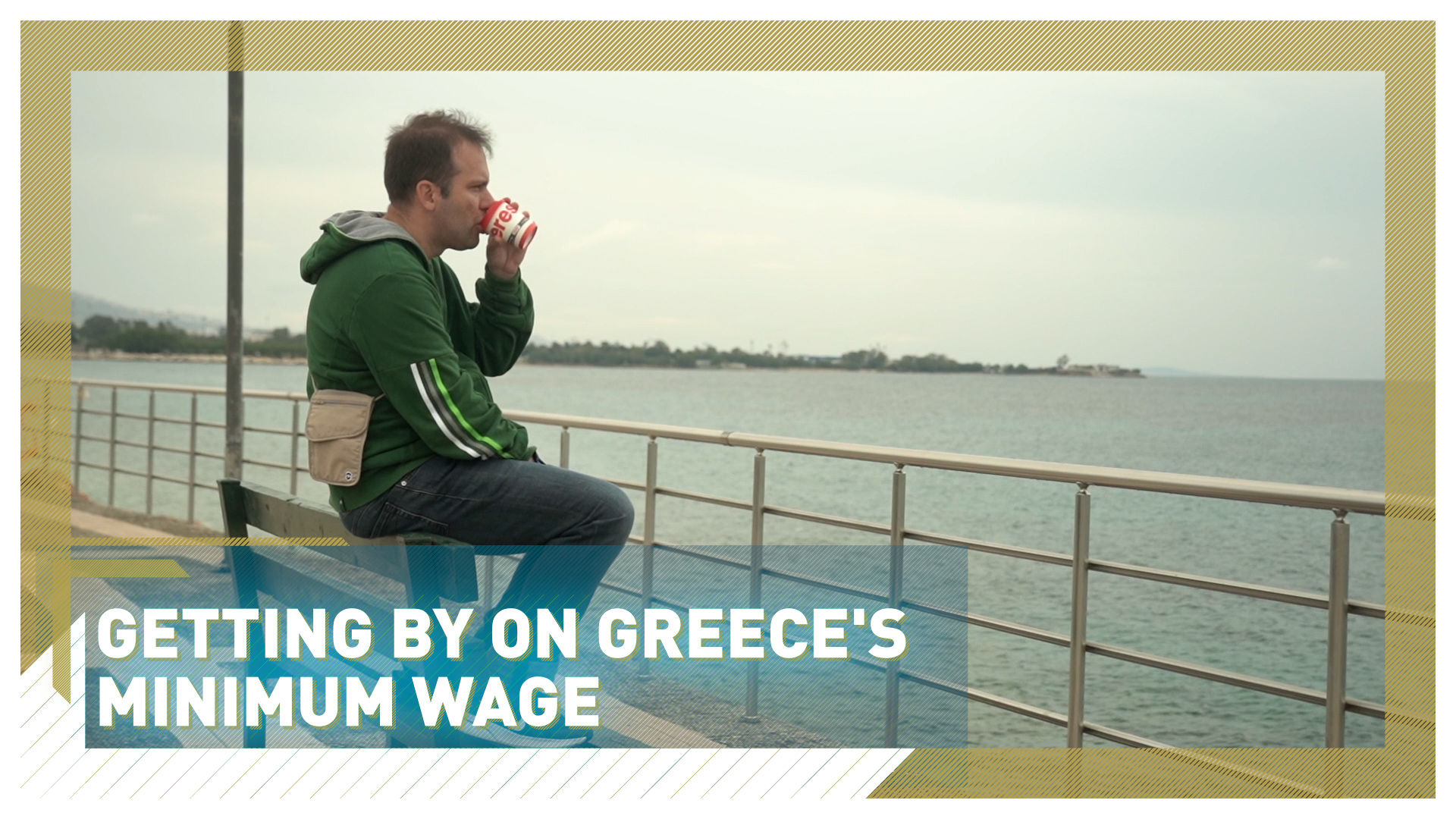 On a rare day off as a food delivery driver, Giorgos Karadimos usually spends his time walking along the beach, just a few blocks from the house where he lives with his parents.

He usually pairs it with a coffee to make the stroll a bit more pleasant. As cost of living prices are surging, it's one of the few things Karadimos can afford, since he earns the minimum wage.

"Living on minimum wage is very difficult, especially if you don't have any back up or support from family and friends," Giorgos told CGTN Europe.

"You really have to cut from everywhere, especially having to pay insurance, rent, and having a family, it's just impossible. Many times I just stay home, so I won't have to spend money, and that limits my social life. Plus Covid, the food increases, it came together."

Rising energy costs are reflected in food costs. The government is subsidizing fuel at its highest rate ever, but is also taking steps to support low-wage workers, in retail, construction, and supermarkets.

In a televised address last month, Greek Prime Minister Kyriakos Mitsotakis announced an hourly minimum wage increase of 30 cents, from $4.20 to $4.50 an hour.

Mitsotakis asserted that the latest measure, which came into effect in May, amounts to almost a 10 percent increase from last year, and will give some 650,000 low-wage workers a breather.

But with the biggest single-year hits to living standards since the decade-long financial crisis, Giorgos says those extra few cents will make almost no difference. "It's only few cents, how can it help?," he moaned. "Something is better than nothing, but I doubt it will go any higher. The quality of life here is good, but you need a decent income to have it. I'm alone; imagine a family with kids, it's very difficult."

More than one million Greeks work in the tourism sector, the backbone of the country's economy.  Most of them earn just a few cents over the minimum hourly wage, so don't qualify for an increase.

Experts believe that if prices continue to rise, more Greeks could end up living in poverty.

"Those 52 dollars increase a month is something positive to look forward to, but the largest part of  income goes towards paying the already increased energy costs," said Employment Attorney, Ioannis Karouzos. "Imagine what will happen if costs continue to rise. I see many in Greece will end up living in poverty, with the rest of southern Europe following.”

Greek incomes were badly impacted by the 2008 financial crisis and still haven't recovered. While this latest wage increase has been hailed as progress by the conservative government, people like Giorgos are afraid it will make little difference, as the rising cost of energy and food leave him struggling to stay afloat.