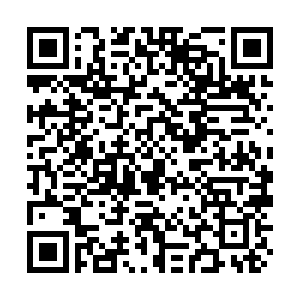 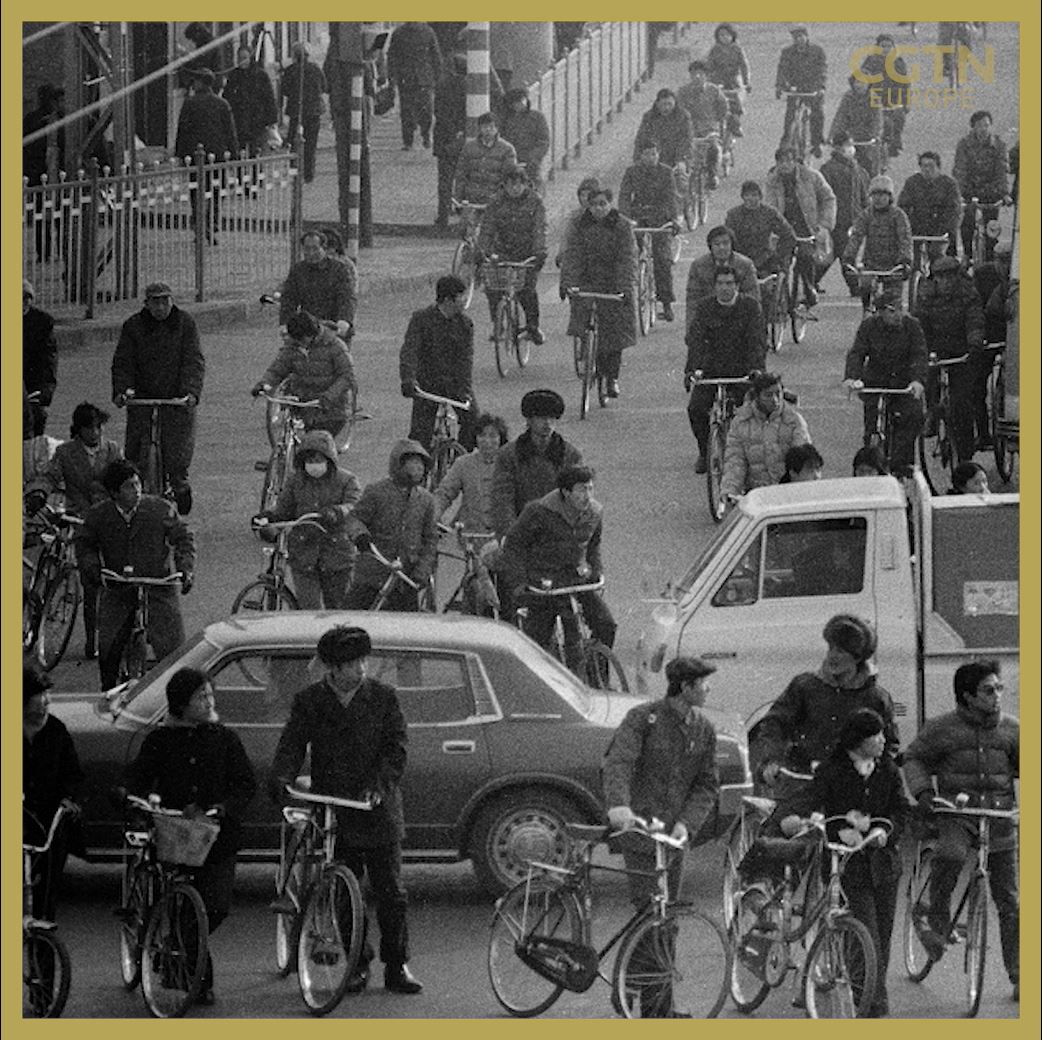 As a keen photographer arriving in 1980s China, one of Adrian Bradshaw's first concerns was finding somewhere to develop his pictures.

Print shops often produced over-exposed or poor quality so he sought out a dark room to produce his own. The only facility he could find belonged to a Western news agency and so, with the telephone service unreliable, Bradshaw took the chance to make the 40 minute journey and turned up unannounced.

After an initial refusal, he finally convinced the agency to first let him use the room and later to start filing pictures to their clients around the world.

His pictures have since become iconic for their portrayal of a China on the cusp of a national transformation. 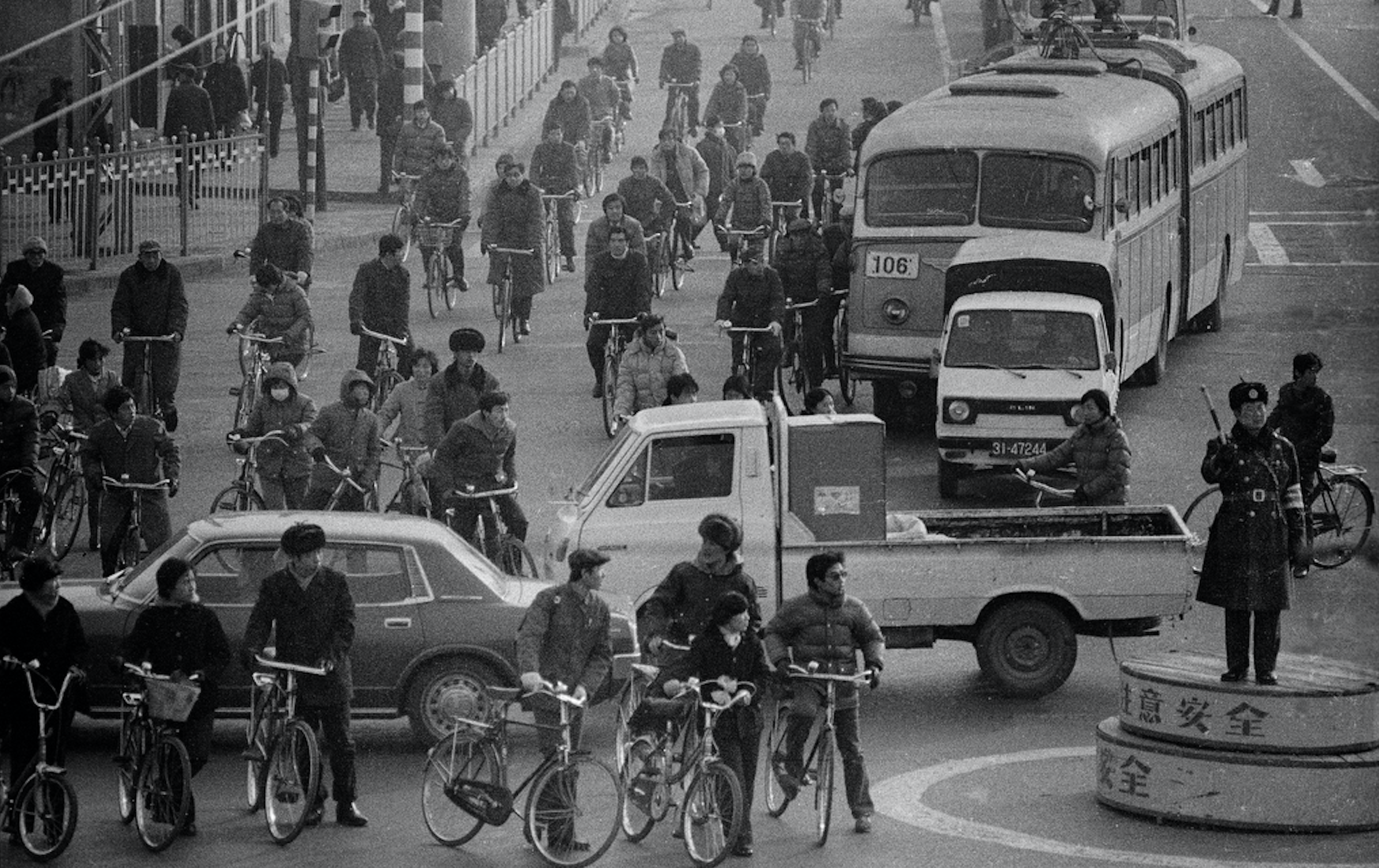 A junction in Beijing, 1985 /Adrian Bradshaw

A junction in Beijing, 1985 /Adrian Bradshaw 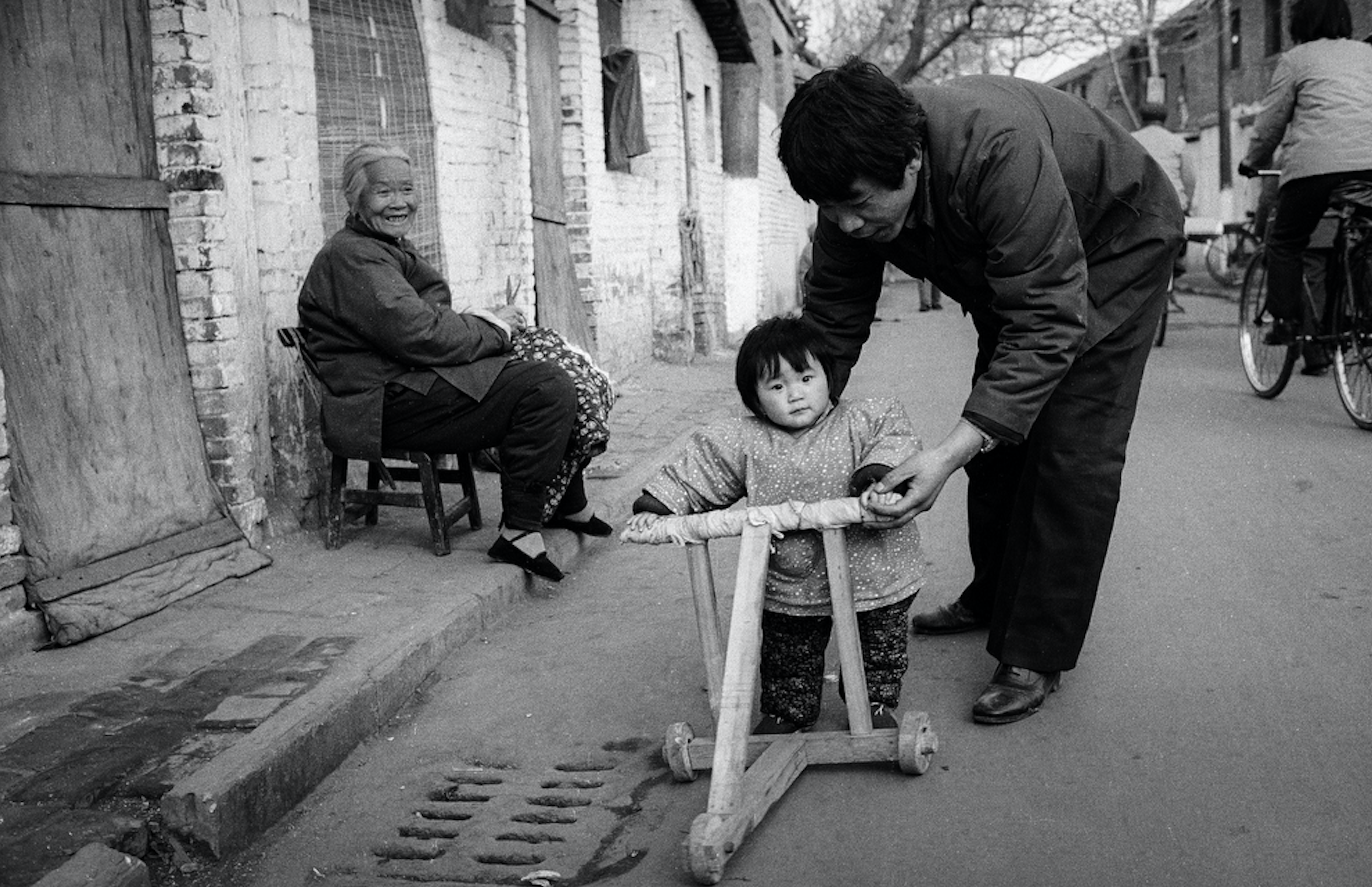 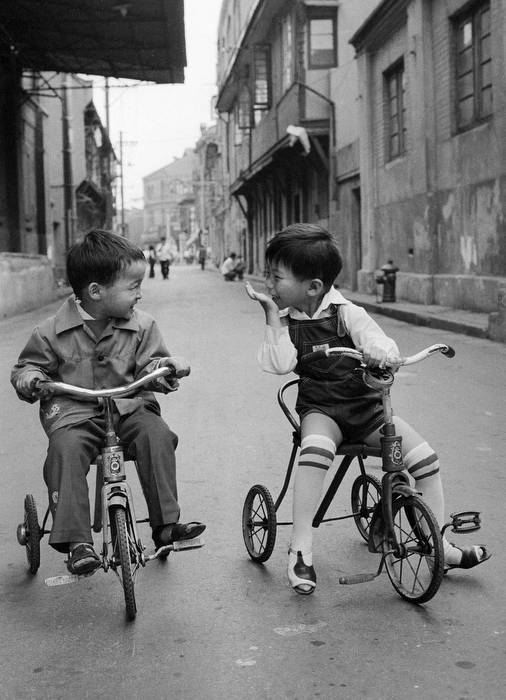 To the Future Together

Bradshaw's interest in China started at university where he studied classical Chinese and philosophy. That gave him the impetus to make the journey, unusual at that time of Cold War tensions, across the world.

Arriving in Shanghai via Hong Kong, Bradshaw was surprised and sometimes unnerved by the cautious reception he was given by a population unused to seeing westerners, but delighted in the connections he did make with locals, however small.

"I discovered that children didn't have the shyness or the fear of speaking to foreigners. They were always very friendly even if they were only able to speak a couple of words.

"I walked past a group of children who stared at me and then they'd say hello after I'd passed them," he told CGTN in a telephone interview from Oxford, England. 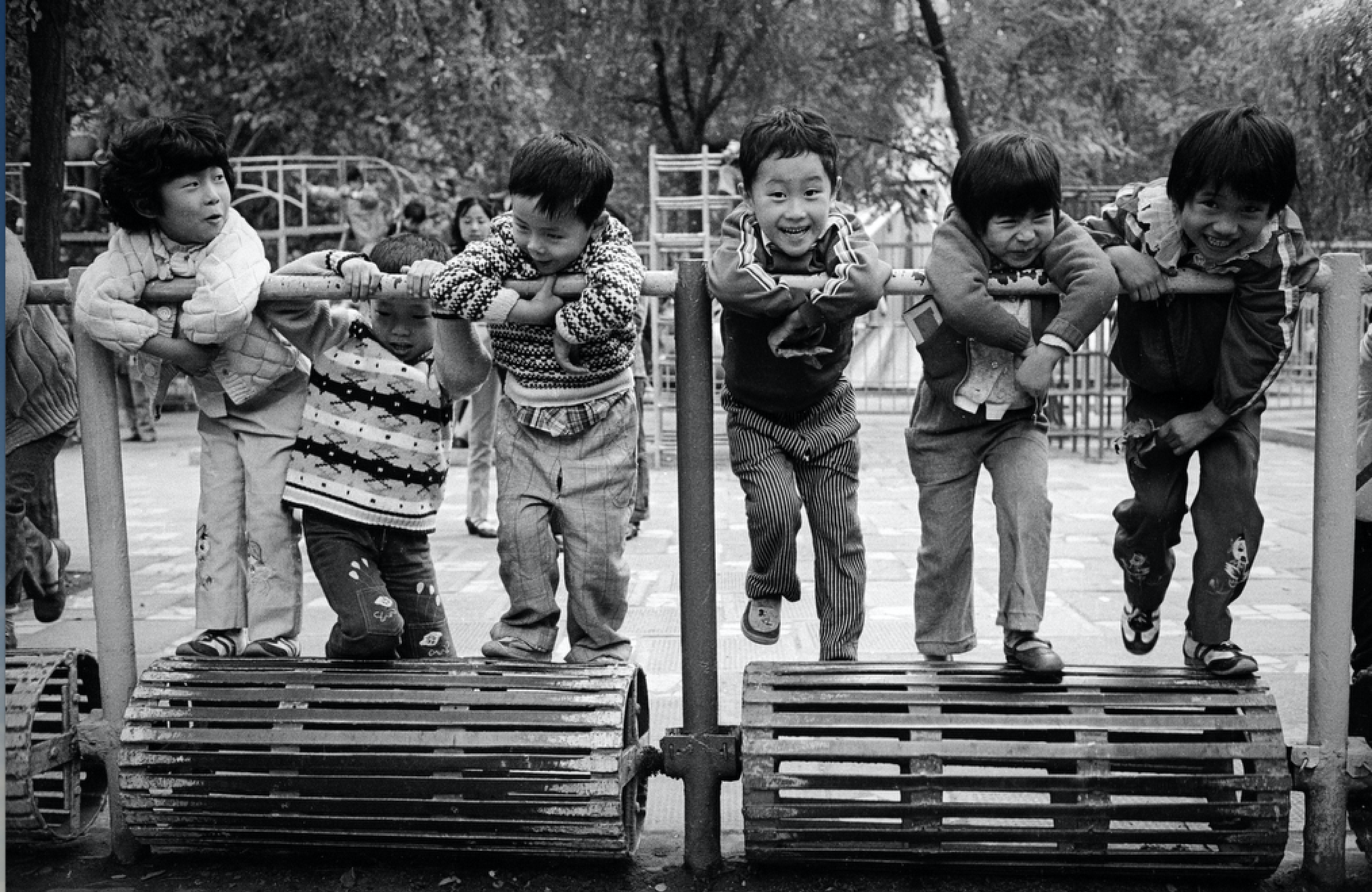 Children in a Shanghai Park in 1985 /Adrian Bradshaw

Children in a Shanghai Park in 1985 /Adrian Bradshaw

The distinctiveness of Bradshaw's photographs is in the way they depict everyday life: "I just wanted to photograph the things that were pretty normal," he says, "And the funny thing is, now these pictures that I took to show what China was like, ordinary China was like in the 1980s, the people that are most interested in this are the Chinese themselves because they don't have many pictures of ordinary life. From that period when ordinary life is beginning to change a lot."

The China that he recorded was one powered by manual labor - bicycles on the streets and craftsmen toiling on a small scale in workshops, a far cry from the technology-driven China of today.

According to the World Bank, there were 981.2 million people living in China during 1980, with one in five of the Chinese population living in urban areas. The GDP in that year was $191.1 billion.

By 2020, the the population had increased by half to 1.402 billion and the urban population rate tripled to almost two thirds. The GDP increased more than 100 fold to $14.72 trillion. 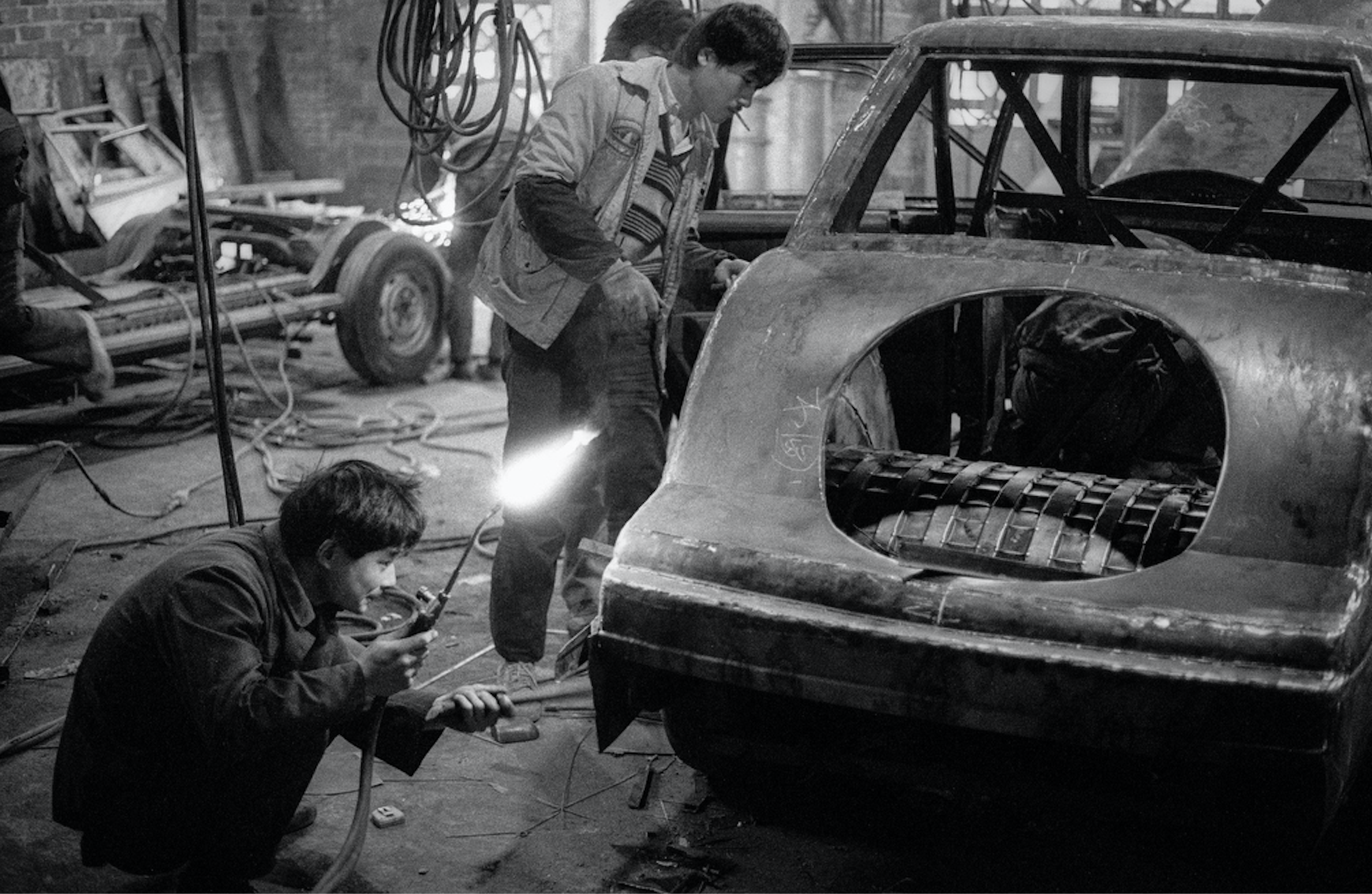 Welders working on a car in Changsha, 1990 /Adrian Bradshaw

Welders working on a car in Changsha, 1990 /Adrian Bradshaw

But even after decades of the most rapid development the world has ever seen, Bradshaw still feels that people from outside China don't have enough opportunity to understand the country and its traditions and motivations.

"It's still very difficult for most visitors from outside China to understand what's going on around this area. There aren't many conversations that are very meaningful besides the economic perspective. I hopes there will be more communication between China and the rest of the world." 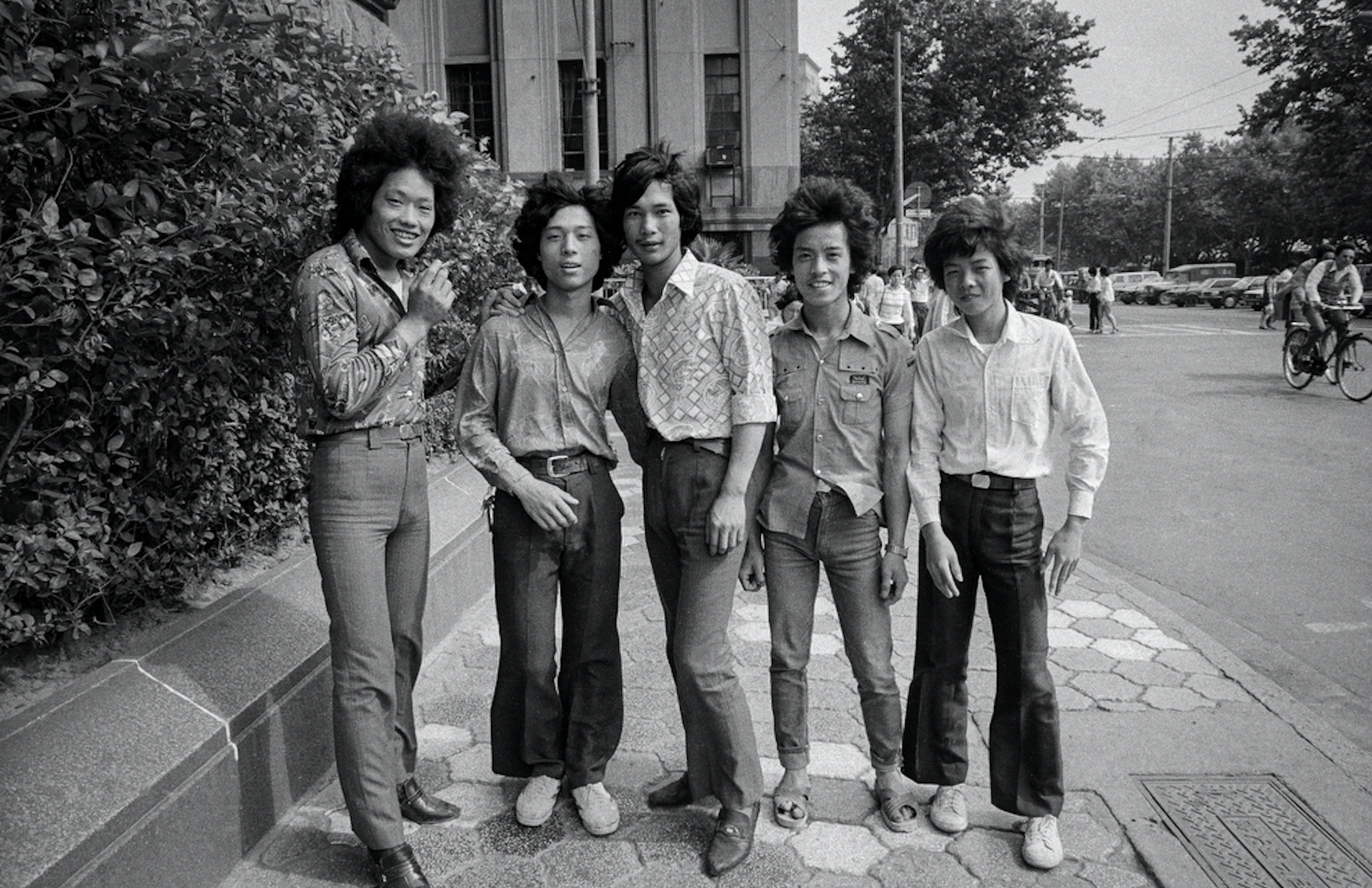 "And hopefully there will be more face to face contact between ordinary people in China and the rest of the world, which is no longer a strange, isolated place that nobody seems to know very much about. But I think the more Western people and more Chinese get to know each other, the better the foundations for a cooperative future." 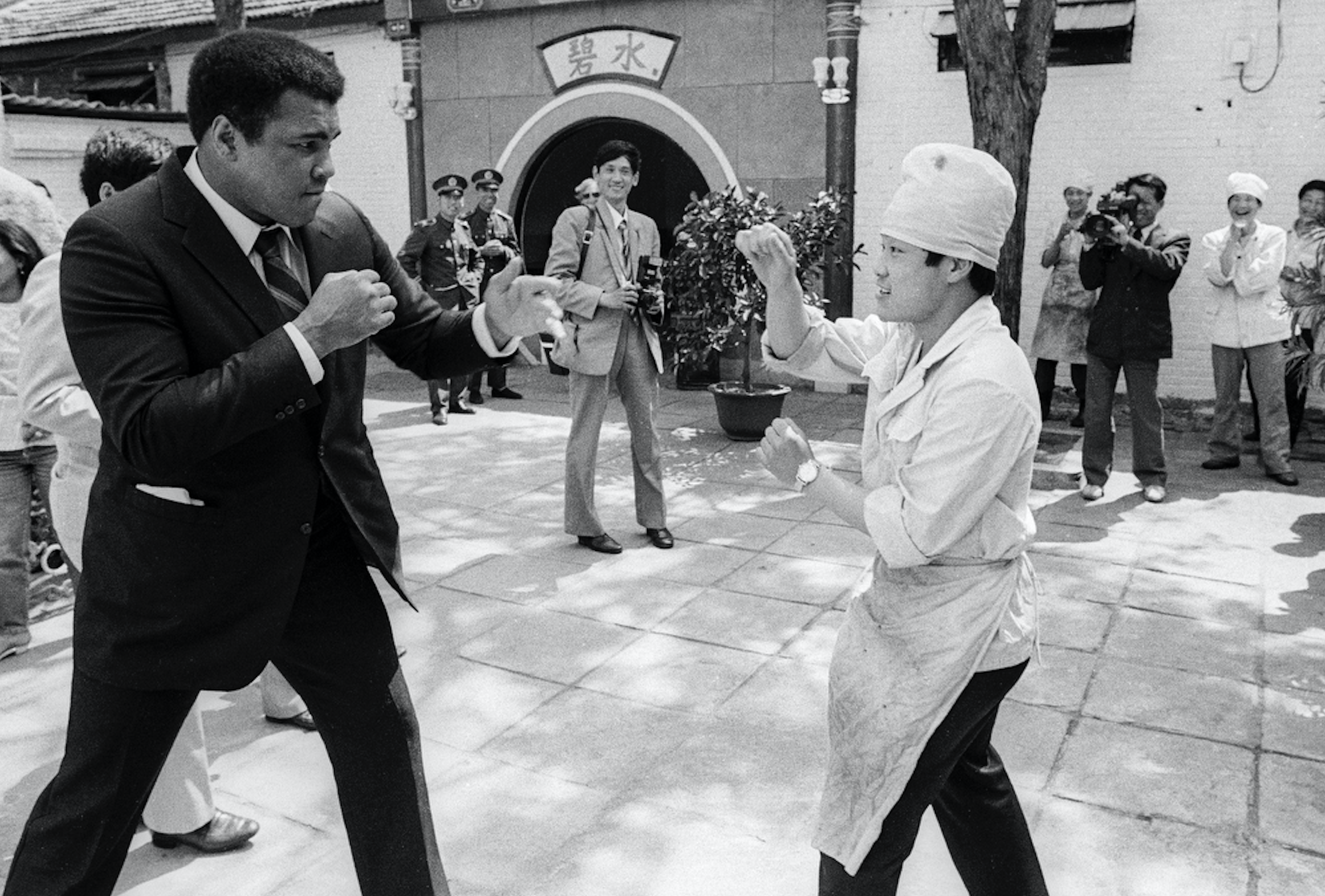 Mohammad Ali spars with a chef in 1985 /Adrian Bradshaw

Mohammad Ali spars with a chef in 1985 /Adrian Bradshaw

Bradshaw's favorite photograph is not typical of his style, because it involves a celebrity.

While Mohammad Ali was in China to advise the country on its Olympic ambitions, a chef left a nearby restaurant to spar with the world champion on the street.

"It was a reflection of a very positive period when people from very different cultures were learning about each other and having fun together," Bradshaw said. "This shows the good sign of the engagement between the people from China and the West. It also inspired me to work as a photographer to help the world know more about China." 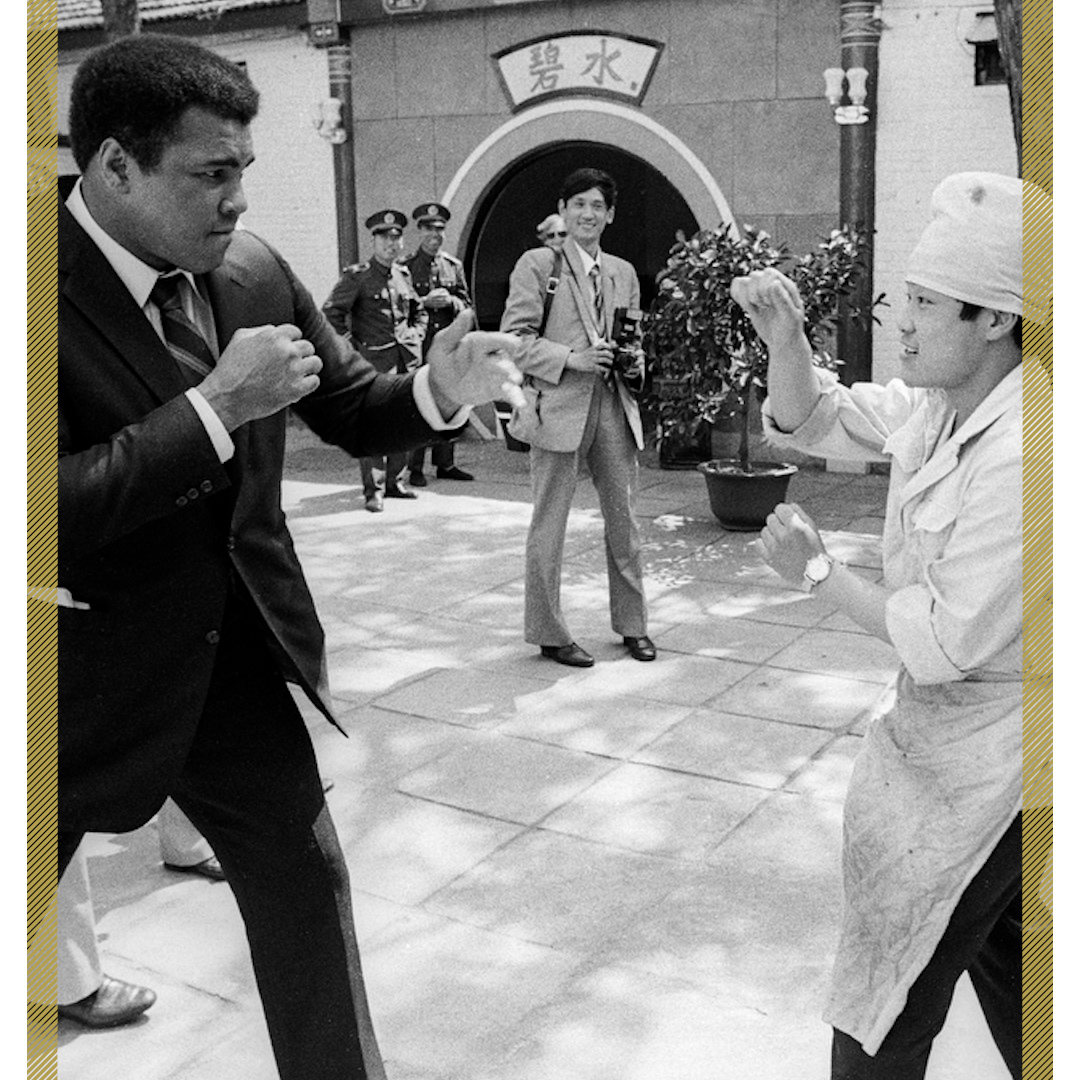 Bradshaw has also written a book to record his experiences in China.

You can see his photographs in an exhibition at Manchester University until April 26.