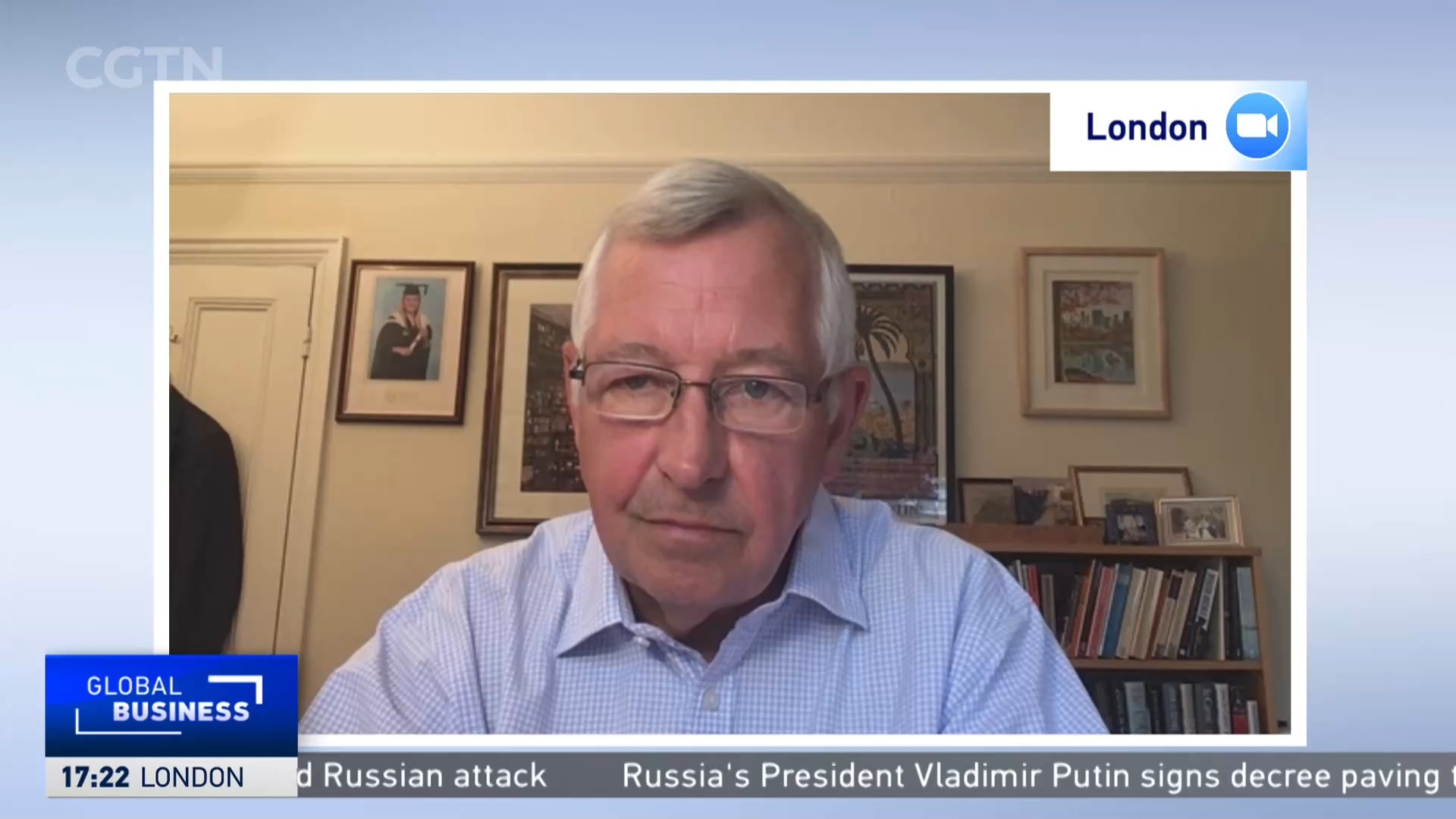 British energy giant BP plunged into a huge net loss in the first quarter of this year after it decided to exit Russia over the country's invasion of neighbor Ukraine.

The loss after tax stood at $20.4 billion USD (19.4 billion euros) following BP's decision in February to pull its 19.75-percent stake in energy group Rosneft, ending more than three decades of investment in Russia.

"Our decision... to exit our shareholding in Rosneft resulted in the material non-cash charges and headline loss," BP CEO Bernard Looney said.

The group wrote off wrote off $25.5 billion USD, owing to the break with Rosneft.

That wiped out the benefit of surging energy prices, fueled by fears of tight supplies following the invasion by significant oil and gas producer Russia.

BP revenue jumped 40 percent to $51 billion USD in the first quarter from a year earlier.

Amid growing calls for a windfall tax on energy firms to help consumers who are facing surging fuel prices, BP said it expected to pay up to 1 billion pounds ($1.25 billion USDF) in taxes in Britain on its 2022 profits.

Surging prices have been contributing to the biggest squeeze on household incomes since at least the 1950s, putting pressure on the UK government to come up with support for the poorest, particularly those who cannot afford soaring energy bills. 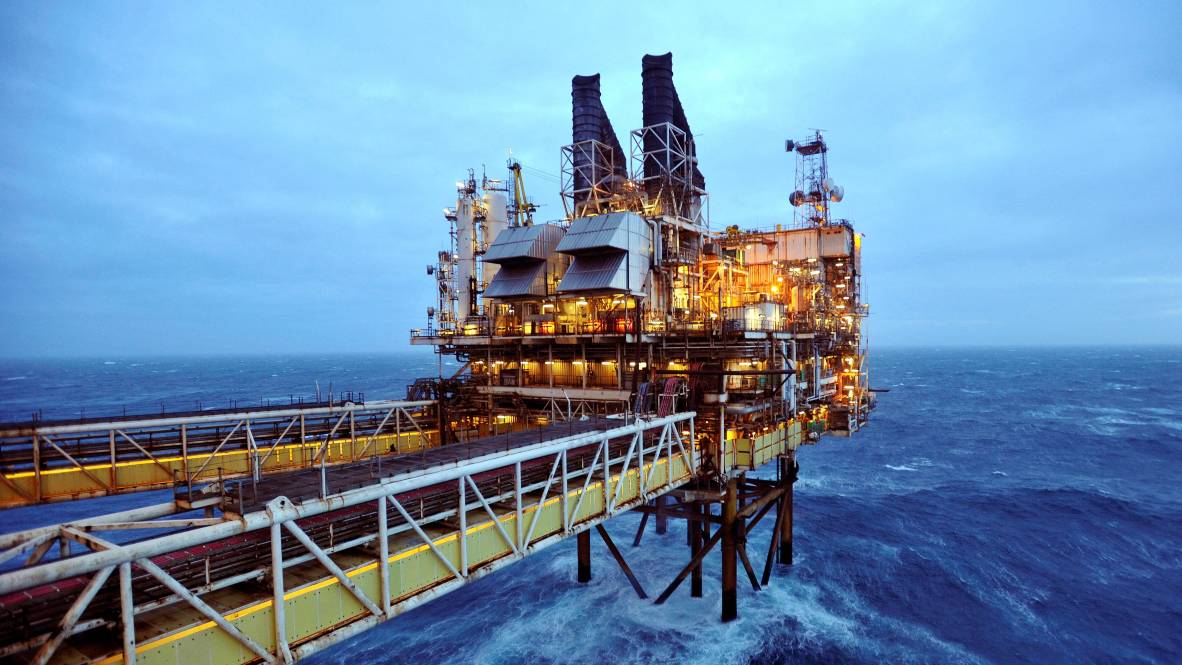 A section of the BP Eastern Trough Area Project (ETAP) oil platform is seen in the North Sea, around 100 miles east of Aberdeen in Scotland. /Reuters/Andy Buchanan/pool/File Photo

A section of the BP Eastern Trough Area Project (ETAP) oil platform is seen in the North Sea, around 100 miles east of Aberdeen in Scotland. /Reuters/Andy Buchanan/pool/File Photo

In a quarter dominated by the tragic events in Ukraine and volatility in energy markets, BP's focus has been on supplying the reliable energy our customers need
-   Bernard Looney, BP CEO

The energy giant said it planned to invest up to 18 billion pounds ($22.5 bn) in Britain until 2030 on producing oil and gas, wind power, an electric car charging network, and other projects.

Looney told Reuters this meant Britain would receive 15 - 20 percent of BP's global investment budget, up from about 10 -15 percent, adding that just over a quarter of the amount invested would go on oil and gas projects.

Energy prices in Britain have hit record highs this year, leading to repeated calls from the opposition Labour Party for a windfall tax on North Sea oil and gas producers to help pay for support for people struggling with energy bills.

Rampant inflation, years of Conservative Party cuts to welfare payments, and stagnant wages have led to a cost of living crisis for many Britons, particularly those in low-income households. 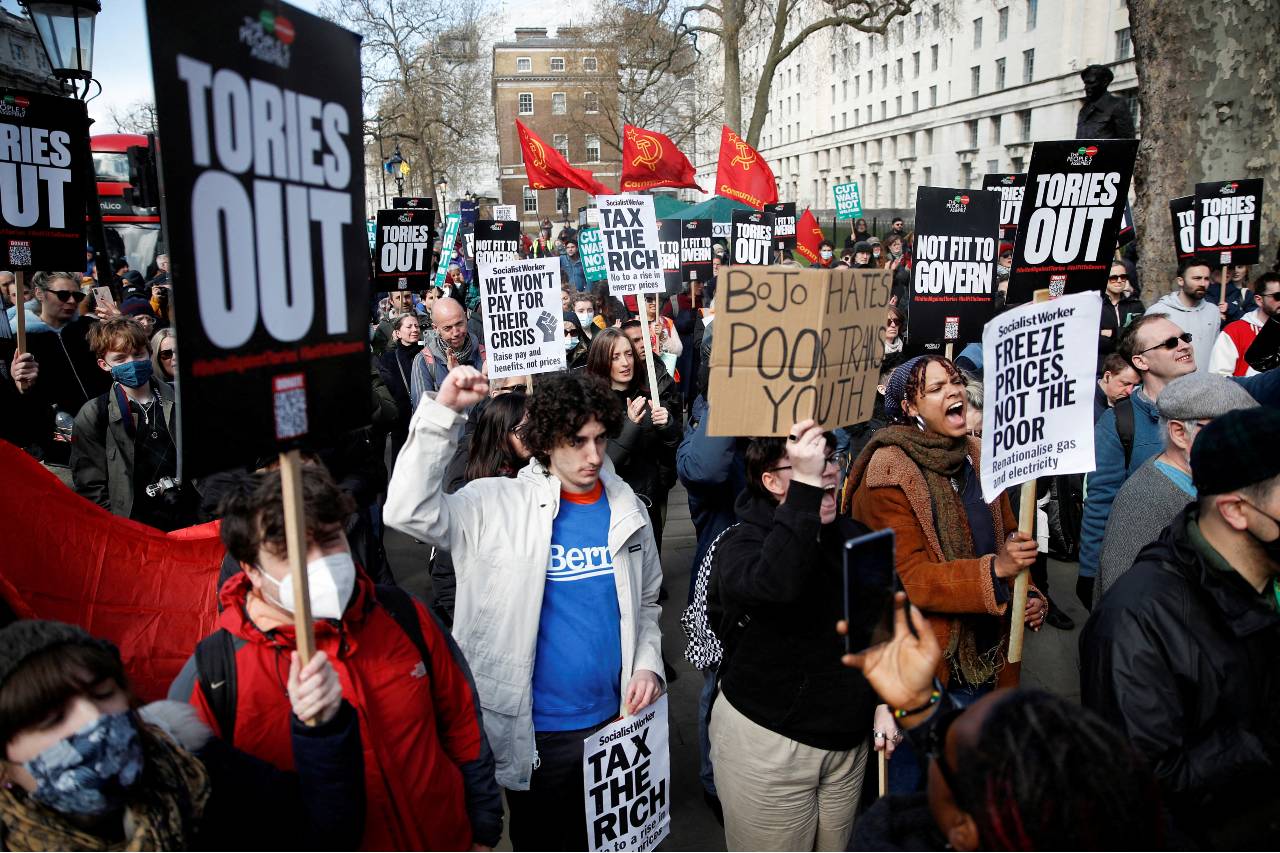 People protest about the rising cost of living during a demonstration outside Downing Street in London. /Reuters/Peter Nicholls//File Photo

People protest about the rising cost of living during a demonstration outside Downing Street in London. /Reuters/Peter Nicholls//File Photo

UK Prime Minister Boris Johnson promised to do more to tackle the rising cost of living, with the issue center-stage at local elections this week.

But he again rejected calls for a one-off windfall tax on major energy companies, BP and Shell, and others, to offset soaring bills that have squeezed household incomes.

Voters go to the polls to elect new councils in much of England and Scotland, and Wales on Thursday, with the results seen as a referendum on Johnson's premiership.

Opposition parties have been focusing on eye-watering price hikes for food and heating, claiming many people were now facing a choice between one or the other.

In an interview on ITV, Johnson was told about a 77-year-old viewer who said she was now only eating one meal daily because her energy bill had risen so much.

She reportedly now spends the day traveling on buses - using a so-called "freedom pass" which gives pensioners free travel in London - to stay out of her house and keep her bills down.

Johnson, a former London mayor, responded: "The 24-hour freedom bus pass was actually something that I introduced."