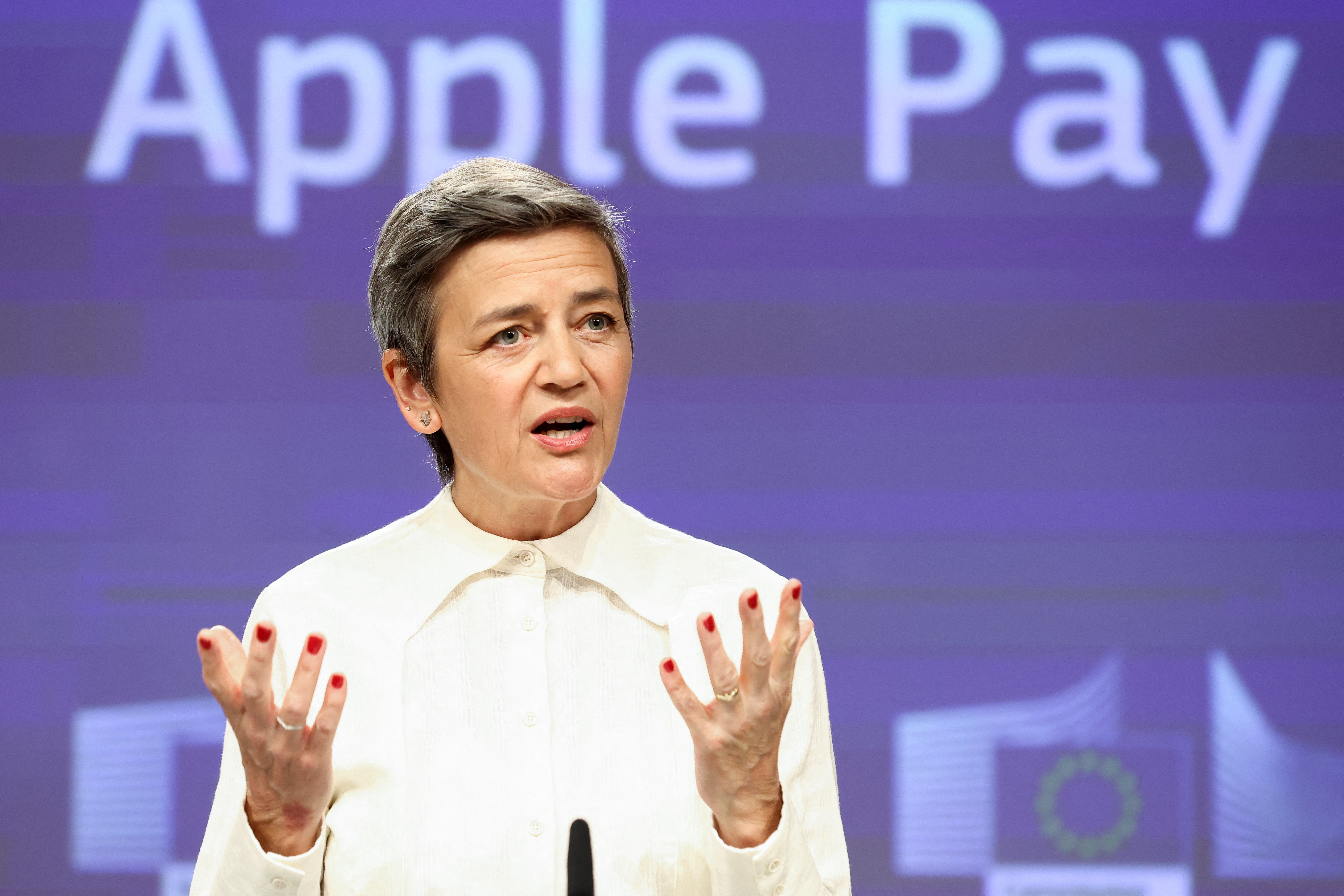 Apple has been accused of blocking competitors from its "tap-as-you-go" iPhone payment system which could see them land a fine and be forced to open up the technology to rivals.

The European Commission said it had sent a charge sheet to Apple, detailing how it claimed the company had abused its dominant position in markets for mobile wallets on iOS devices.

"The preliminary conclusion that we reached today relates to mobile payments in shops, by excluding others from the game," said Margrethe Vestager, the EU's antitrust chief.

"Apple has unfairly shielded its Apple Pay wallets from competition. If proven this behavior would amount to abuse of a dominant position, which is illegal under our rules," Vestager told reporters.

The European Commission, the EU's competition watchdog, specifically charged the iPhone maker with stopping competitors trying to enter the contact-less market "from accessing the necessary hardware and software ... to the benefit of its own solution, Apple Pay."

It is the latest confrontation between the EU and the tech giant with regulators also having taken aim at Apple's music streaming and e-book businesses.

The company is at the same time a main target of the Digital Markets Act, a landmark EU law that will stop Apple and other US tech giants from favoring their own services in its products and platforms.

The legislation arrived after the commission launched an investigation in 2020 fuelled by complaints from European banks who were against paying a fee to Apple in order to reach their customers via apps.

The conflict comes with tech giants like Google, Amazon and Facebook owner Meta, all looking at personal finance as a moneymaker and seeking ways to replace credit cards and the need to carry a wallet.

Launched in 2014, Apple Pay allows iPhone or Apple Watch users to make payments at retailers by touching their devices to the same terminals currently used for credit and debit cards.

The technology at the heart of concerns in the Apple Pay case is "near-field communication", or NFC, which permits devices to communicate within a very short range of each other, usually less than 10 centimeters (four inches).

On iPhones, the use of NFC is blocked for payments except by Apple Pay and any company wanting to use the technology must pass through Apple for a fee.

Apple said that its first priority was security and that the Apple Pay system offered a level playing field between all actors using its products.

"Apple Pay is only one of many options available to European consumers for making payments, and has ensured equal access to NFC while setting industry-leading standards for privacy and security," the company said.

"We will continue to engage with the commission to ensure European consumers have access to the payment option of their choice in a safe and secure environment," it added.

There is no deadline for the EU's continued investigation. If found guilty, Apple would have to remedy its practices or face fines that could reach as high as 10 percent of annual sales.