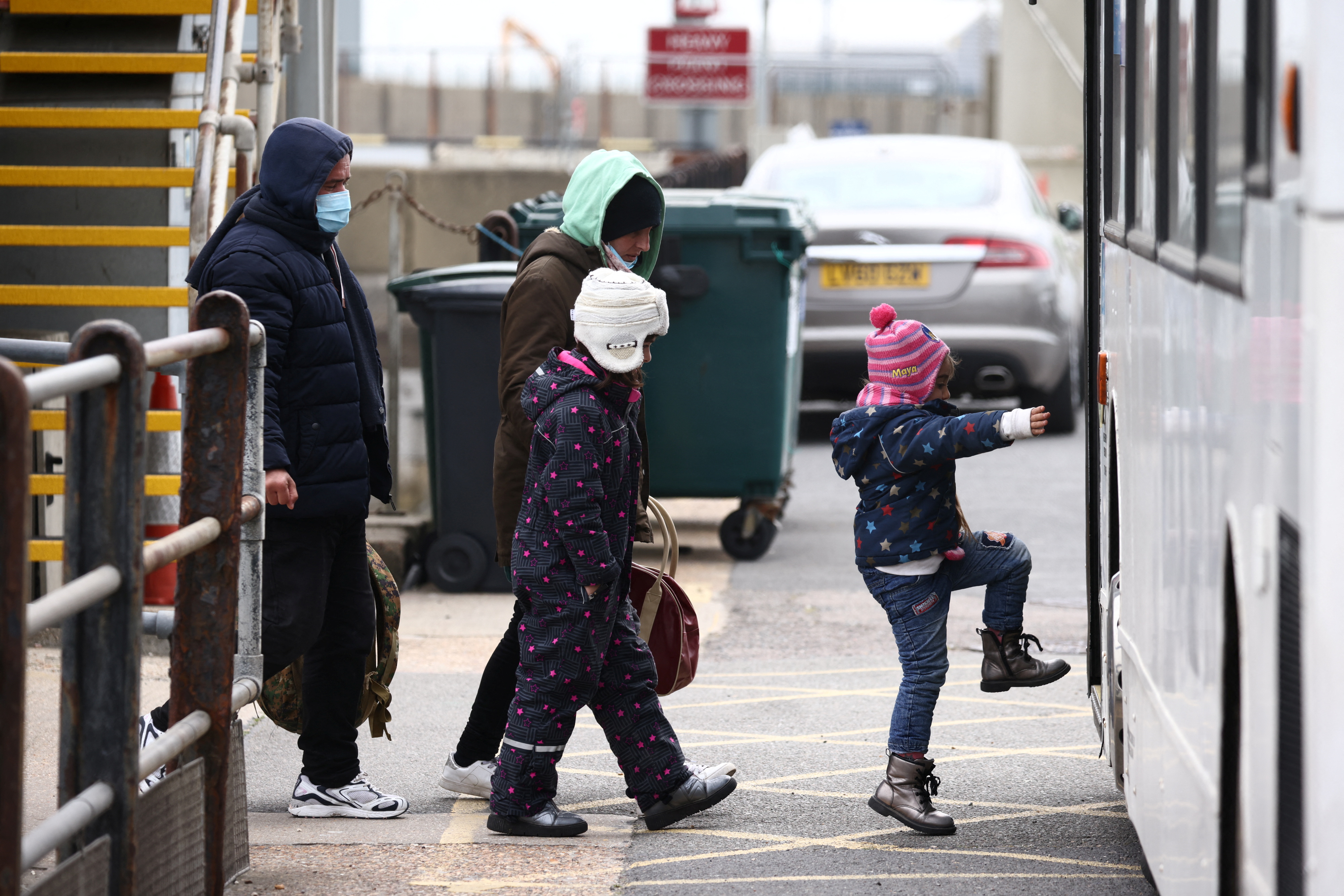 Migrants in Dover Harbour after being rescued while crossing the English Channel on Sunday. Reuters/Henry Nicholls

Migrants in Dover Harbour after being rescued while crossing the English Channel on Sunday. Reuters/Henry Nicholls

The Ministry of Defence said that seven small boats were detected heading to the UK, adding that it did not believe the migrants were arriving "on their own terms."

These extra 254 migrants detected takes the overall number of people trying to cross the Channel this year to at least 6,947, according to PA news agency.

That's more than three times the number at this stage last year.

The UK government has sought to deter irregular, unofficial sea crossings by agreeing a multi-million-dollar deal with Rwanda for the east African country to host asylum-seekers and migrants the UK.

Prime Minister Boris Johnson was elected partly on promises to curb immigration, but his term has so far been marked by record numbers of Channel crossings.

The deal with Rwanda will be funded by the UK to the tune of up to 120 million pounds ($157 million), with migrants "integrated into communities across the country," according to the statement released by Kigali.

A period of 11 days without any apparent bids to make it to British shores had raised hope among the policy's supporters that the deterrent effect was working.

Poor weather and sea conditions may have been at least as significant, however, and these latest crossings come after winds dropped.

Meanwhile, the United Nations said it stood firmly against Britain's deal to send immigrants and asylum-seekers who cross the Channel thousands of miles away to Rwanda.

"UNHCR remains firmly opposed to arrangements that seek to transfer refugees and asylum-seekers to third countries in the absence of sufficient safeguards and standards," Gillian Triggs, the UNHCR assistant high commissioner for protection, said in a statement.

"Such arrangements simply shift asylum responsibilities, evade international obligations, and are contrary to the letter and spirit of the refugee convention.

"People fleeing war, conflict and persecution deserve compassion and empathy. They should not be traded like commodities and transferred abroad for processing."

Cover picture: Migrants are escorted into Dover Harbour on a UK Border Force vessel after being rescued while crossing the English Channel on Sunday. Reuters/Henry Nicholls