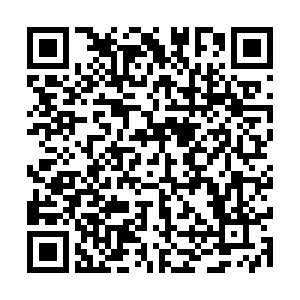 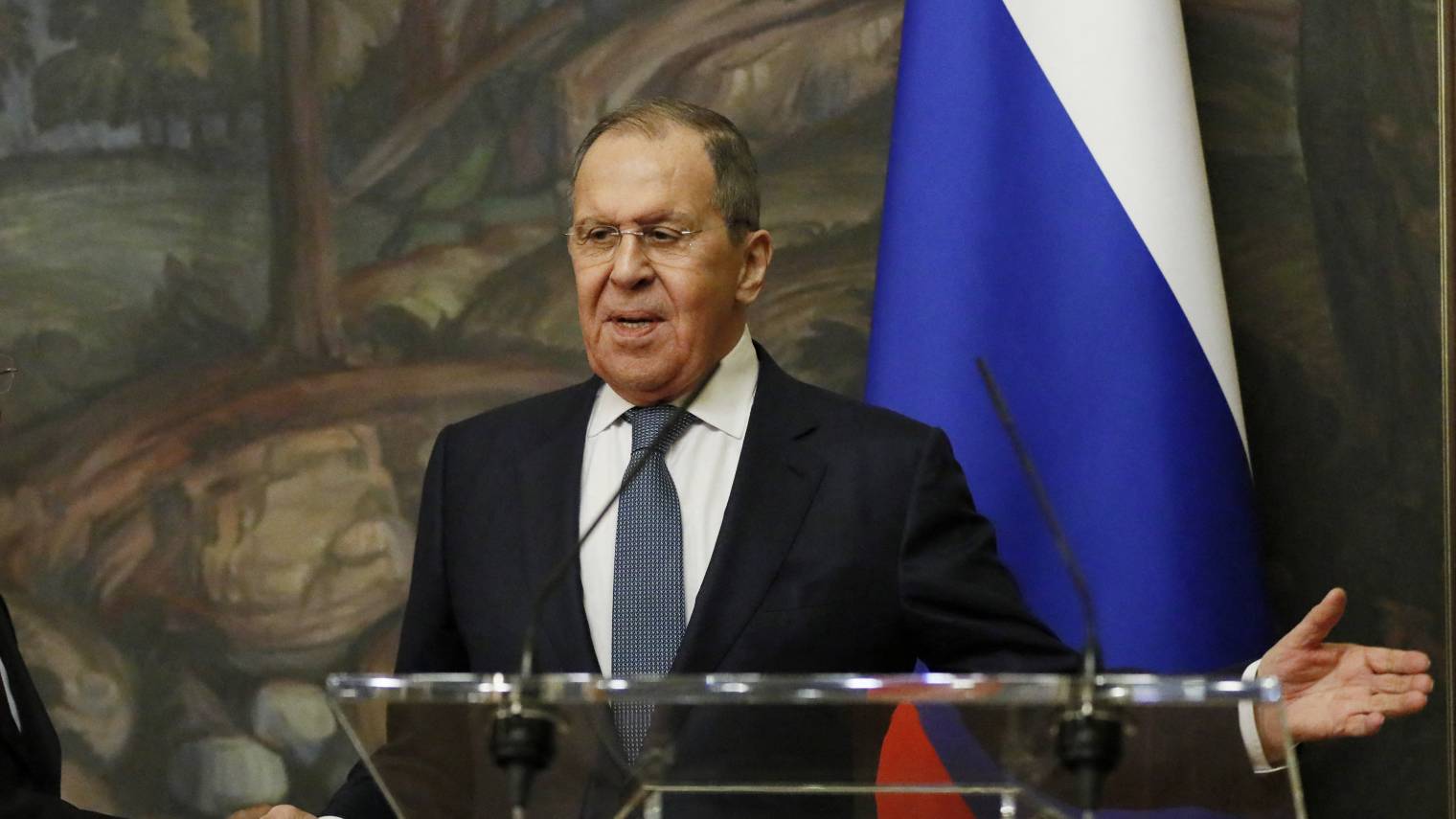 Israeli Foreign Ministry Yair Lapid said the Russian ambassador to Israel would be summoned for "a tough talk" over the false claim, which Lavrov made on Sunday in an interview with Italian television.

"It is an unforgivable, scandalous statement, a terrible historical mistake, and we expect an apology," Lapid told the YNet news website.

There was no immediate comment from the Russian embassy.

During the interview with Italy's Rete 4 channel, Lavrov was asked how Russia could claim to be "denazifying" Ukraine, when the country's president, Volodymyr Zelenskyy, was Jewish.

"When they say 'What sort of nazification is this if we are Jews', well I think that Hitler also had Jewish origins, so it means nothing," Lavrov said, speaking through an Italian interpreter.

"For a long time now we've been hearing the wise Jewish people say that the biggest anti-Semites are the Jews themselves," he added.

Israel has expressed repeated support for Ukraine, but has been wary of strained relations with Russia, an ally and powerbroker in neighboring Syria. It had initially avoided direct criticism of Moscow and has not enforced sanctions on Russian oligarchs applied by other Western allies.

However, last month, Lapid accused Russia of committing war crimes in Ukraine. Israel has also agreed to supply helmets and vests to Ukrainian rescue services, a shift in its original position on providing such equipment.

Dani Dayan, chairman of Yad Vashem, Israel's memorial to the six million Jews killed in the Holocaust, said the Russian minister's remarks were "an insult and a severe blow to the victims of the real Nazism".

Dayan said on Kan radio, Lavrov was spreading "an anti-Semitic conspiracy theory with no basis in fact". 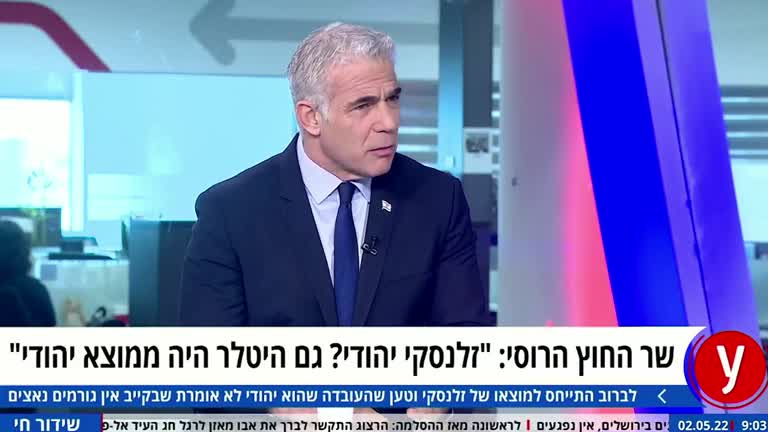 The identity of one of Hitler's grandfathers remains unknown, but some have speculated, despite not showing any evidence, that he might have been Jewish.

Lapid added that saying Hitler was of Jewish descent was like saying Jews had killed themselves, claiming that calling Jews anti-Semites was "the lowest level of racism".

He also dismissed Lavrov's claim that pro-Nazi elements held sway over the Ukrainian government and military.

However, the Ukrainian far-right military regiment, the Azov Battalion, a key player in Ukrainian military operations, has been accused of harboring members who subscribe to neo-Nazi and white supremacist ideology.

The unit has denied it adheres to Nazi ideas as a whole, but Nazi symbols like swastikas and SS regalias have been integrated into the uniforms and bodies of Azov members.

However, Lapid, whose grandfather died in the Holocaust, said:"The Ukrainians aren't Nazis. Only the Nazis were Nazis and only they dealt with the systematic destruction of the Jewish people."

The Ukrainian president has also been criticized in Israel for drawing analogies between the conflict in his country and World War Two.

In an address to the Israeli parliament in March, Zelenskyy compared the Russian offensive in Ukraine to Nazi Germany's extermination of European Jewry during World War Two.

Yad Vashem called his comments "irresponsible," saying they trivialized the historical facts of the Holocaust.