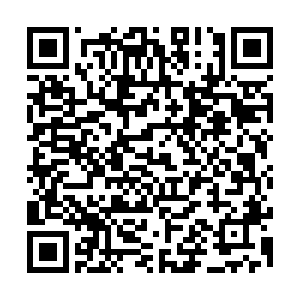 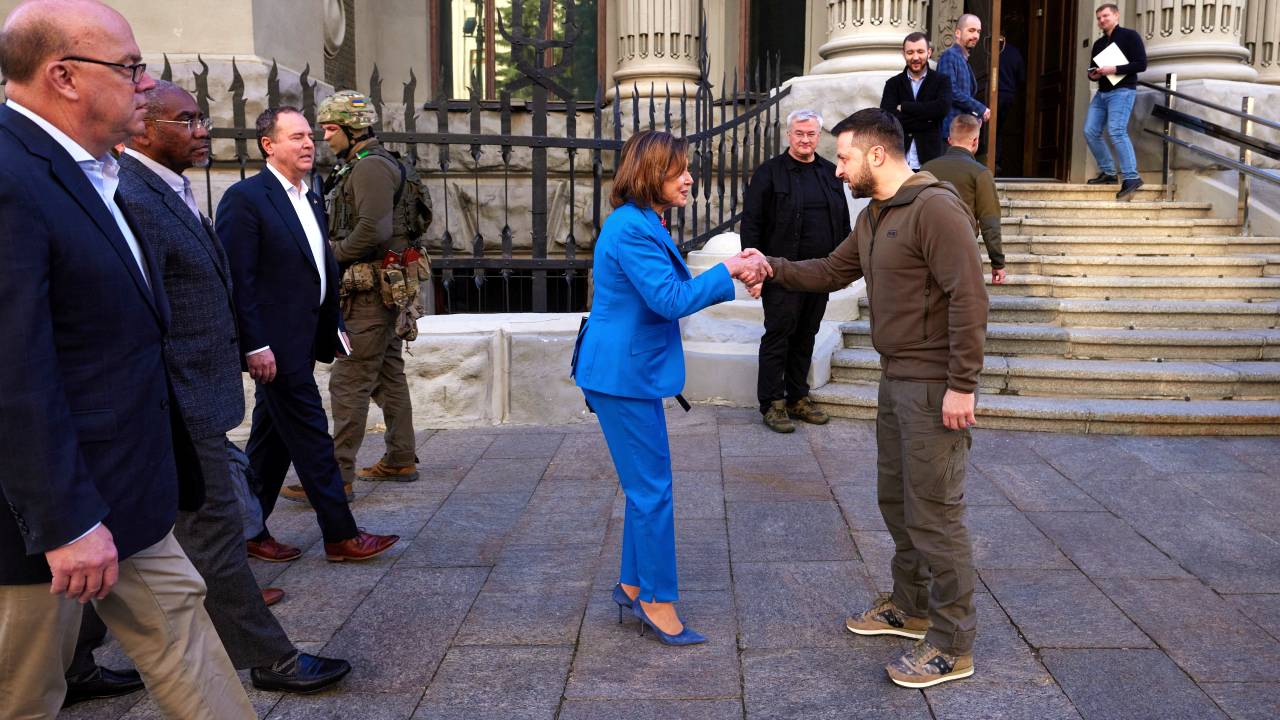 • 46 civilians have been able to leave the Azovstal steelworks, the last stronghold of Ukrainian troops in Mariupol where many civilians remain trapped, according to the Russian defense ministry. The decision is being signaled as the potential start of a larger evacuation of the last holdout in the strategic port city.

• Nancy Pelosi, Speaker of the U.S. House of Representatives, has met Ukrainian President Volodymyr Zelenskyy in Kyiv to send the message that Washington DC stands firmly with Ukraine as it battles "Putin's diabolic invasion."

• A Russian missile has destroyed the runway at Odessa airport in southern Ukraine. No one was hurt in the attack, the regional governor Maxim Marchenko said on his Telegram account, but Russia's defense ministry said on Sunday it had struck at weapons supplied by the U.S. and European countries at what it called a military airfield.

• More bodies have been found near Bucha, the town outside Kyiv that has become synonymous with allegations of Russian war crimes following the discovery of dozens of bodies there in early April. Police said three men with their hands tied were discovered shot in the head in a pit near the town. There were also traces of torture on the bodies, the statement said.

• President Emmanuel Macron will "intensify" France's supply of military and humanitarian support to Ukraine following a conversation with President Zelenskyy.

• Moscow has released fourteen Ukrainians, including a pregnant soldier, in the latest prisoner swap according to Kyiv. The number of Russians freed is not yet known.

• Ukraine's foreign minister has asked China to provide security guarantees for Kyiv in an interview with Chinese news agency Xinhua. "Ukraine is currently studying the possibility of acquiring security guarantees from permanent members of the UN Security Council, including China," Dmytro Kuleba said. "We propose that China becomes one of the guarantors of Ukraine's security, this is a sign of our respect and trust in the People's Republic of China."

• Chancellor Olaf Scholz on Sunday rejected criticism over Germany's lack of commitment to supplying Ukraine with heavy weapons, saying that he'd rather be cautious than make hasty decisions. Scholz is under pressure at home and abroad to send more weaponry and support an immediate EU embargo on Russian energy imports.

• Russia has suggested it could seize the Russian-based assets of hostile countries in retaliation for a U.S. proposal to sell off Russian oligarchs' assets and pay the proceeds to Ukraine. "As far as companies based in Russian territory are concerned whose owners are citizens of hostile countries and where the decision has been taken [to seize Russian assets] it is fair to take reciprocal measures and confiscate assets," said the speaker of Russia's lower house of parliament, Vyacheslav Volodin.

• A Russian reconnaissance plane allegedly violated Sweden's airspace, according to Swedish defense officials. The incident comes as Stockholm considers whether to apply for NATO membership, prompted in part by Russia's actions in Ukraine. 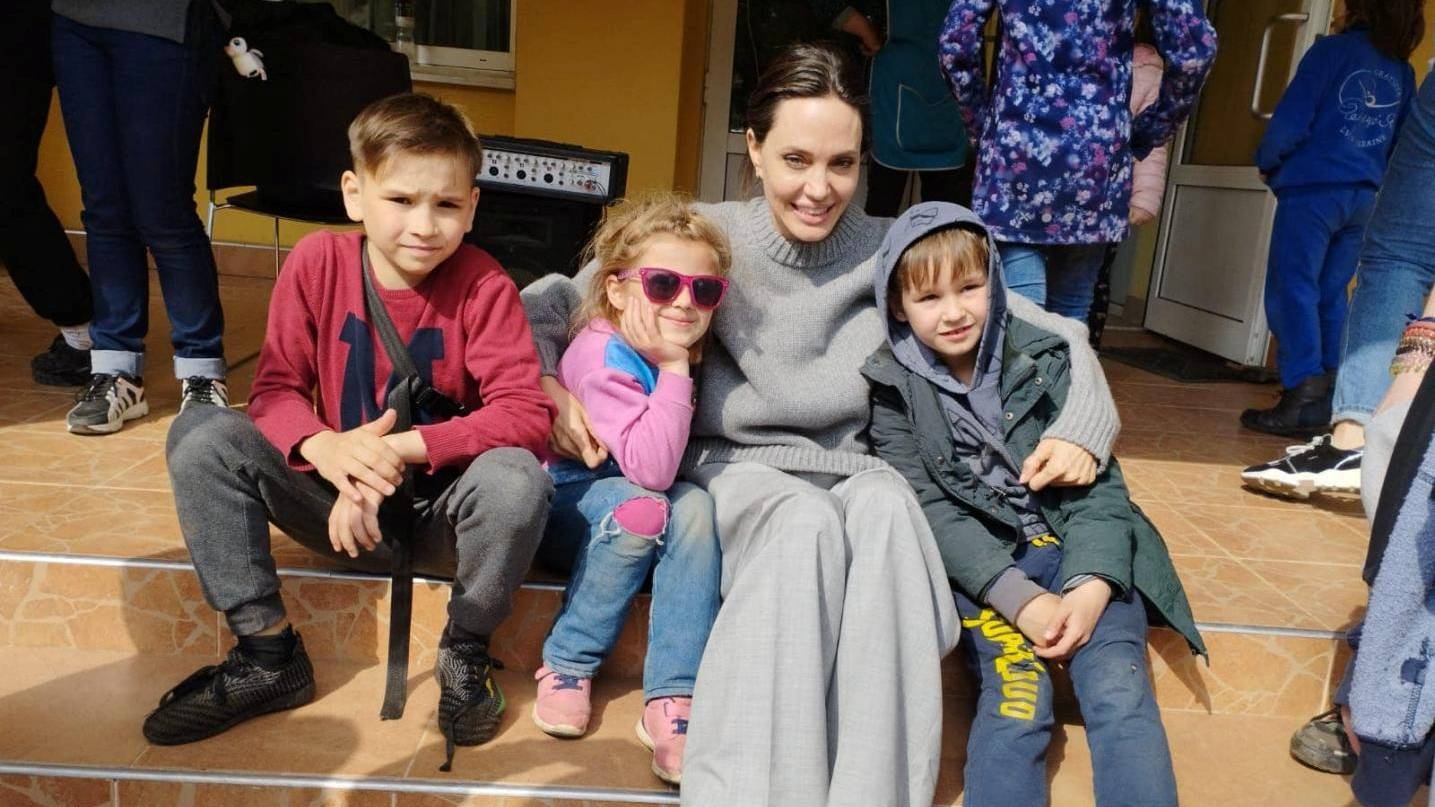 • Hollywood star Angelina Jolie made a surprise visit to the western Ukrainian city of Lviv where she met displaced people. Jolie is a UNHCR special envoy, but it is not known if her visit was official. "They must be in shock ... I know how trauma affects children, I know just having somebody show how much they matter, how much their voices matter, I know how healing that is for them," she said of children displaced by war.

• Germany's government is considering taking away perks given to ex-chancellor Gerhard Schroeder because of his close ties to Russian President Vladimir Putin, Germany's finance minister has announced. As former chancellor, Schroeder has the right to several offices in the German parliament and a budget for staff. These rewards cost the taxpayer $422,000 per year.

• Britain's defense ministry has claimed Russia will probably aim to exert strong political and economic influence on Ukraine's southern region of Kherson in the long term, after ruling out its return to Ukrainian control and initiating a currency switch to the rouble. "Since seizing ... Kherson in early March, Russia has sought to legitimize its control of the city and surrounding areas through installing a pro-Russian administration," the ministry said in a bulletin on Sunday.

• Russian gas producer Gazprom said it was still supplying natural gas to Europe via Ukraine on Sunday in line with requests from European consumers, which stood at 97.2 million cubic metres, an increase from 71.7 mcm on Saturday.

• More than 5.4 million Ukrainians have fled their country since the Ukraine conflict escalated in February, with tens of thousands following every day, the UN says. Beyond refugees, the International Organization for Migration estimates more than 7.7 million people have been displaced within Ukraine, meaning more than 13 million people overall have been uprooted by the conflict. 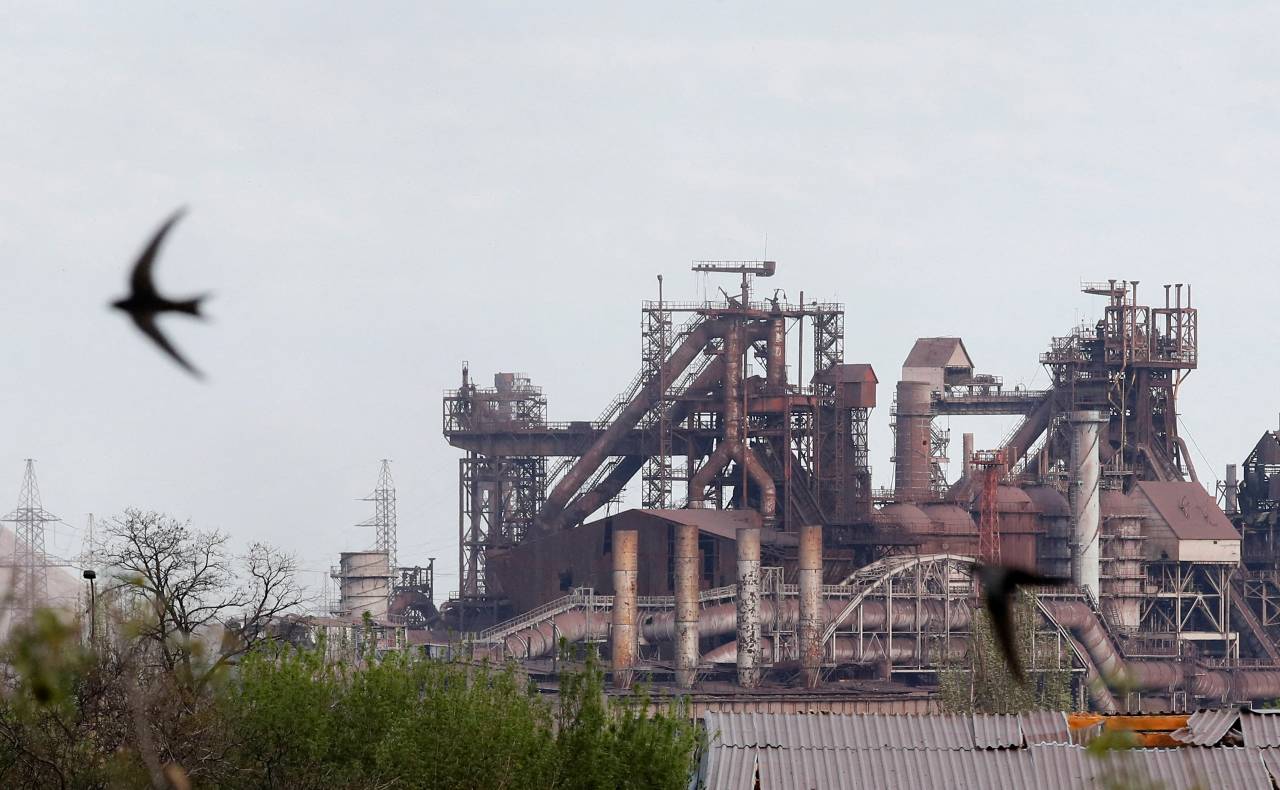 Birds fly near a plant of Azovstal Iron and Steel Works in Mariupol. /Alexander Ermochenko/Reuters

Birds fly near a plant of Azovstal Iron and Steel Works in Mariupol. /Alexander Ermochenko/Reuters

Nancy Pelosi, Speaker of the House of Representatives and one of the highest ranking U.S. politicians, met Ukrainian President Zelenskyy in Kyiv to send the message that Washington stands firmly with Kyiv as it battles what she called "Putin's diabolic invasion."

Flanked by an armed escort, Zelenskyy greeted the Democratic Party leader outside his presidential office in Ukraine's capital, dressed in the khaki military clothes he has worn for public appearances since the start of Russia's operations in February.

"Our delegation traveled to Kyiv to send an unmistakable and resounding message to the entire world: America stands firmly with Ukraine," Pelosi said in a statement.

She was joined by several U.S. lawmakers in a trip that follows a visit last weekend to Ukraine by Secretary of State Antony Blinken and Secretary of Defense Lloyd Austin.

"Our delegation proudly delivered the message that additional American support is on the way," she said.

On Friday, Pelosi said she hoped to pass a $33 billion aid package for Ukraine on the request of President Joe Biden as soon as possible - a dramatic escalation of U.S. funding in the conflict.

"The United States is the leader in strong support for Ukraine in the fight against Russian aggression. Thank you for helping to protect the sovereignty and territorial integrity of our state," Zelenskyy said on Twitter, sharing a video of his meeting with Pelosi.

The U.S. funding package would include over $20 billion for weapons, ammunition and other military assistance, as well as $8.5 billion in direct economic assistance and $3 billion in humanitarian aid.

As House speaker, Pelosi is the third highest ranking politician in the U.S. after Biden and Vice President Kamala Harris.