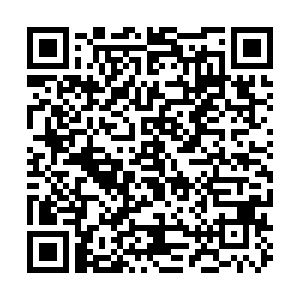 A Russian serviceman patrols in the port of Mariupol on April 29, 2022, amid the ongoing Russian military action in Ukraine. /Andrey Borodulin/AFP

A Russian serviceman patrols in the port of Mariupol on April 29, 2022, amid the ongoing Russian military action in Ukraine. /Andrey Borodulin/AFP

• The U.S. has hit out at the decision to invite Russian President Vladimir Putin to November's G20 summit in Indonesia. "The United States continues to believe that it can't be business as usual with regards to Russia's participation with the international community."

• Pentagon spokesperson John Kirby has accused Russian President Vladimir Putin of "brutality of the coldest and the most depraved sort." "I don't think we fully appreciated the degree to which he would visit that kind of violence and cruelty and as I said depravity, on innocent people," he said.

• Dialogue between Moscow and Washington on strategic stability is formally "frozen", a Russian foreign ministry official told TASS news agency on Saturday. Vladimir Yermakov, head of nuclear non-proliferation and controls at the foreign ministry, said those contacts could be resumed once its mission in Ukraine was complete.

• Moscow's forces are experiencing "colossal losses" in the east, according to Ukraine. Presidential adviser Oleksiy Arestovych acknowledged losing control of some eastern towns and villages but said Moscow's already worn down forces were faring worse. "We have serious losses but the Russians' losses are much, much bigger."

• President Volodymyr Zelenskyy's office says Russia is attacking the entire Donetsk front in the east with rockets, artillery, mortar bombs and aircraft to prevent the Ukrainians from regrouping. Its second city Kharkiv was hit by multiple Russian shells on Saturday, though Zelenskyy said Ukrainian forces are making "tactical successes" in the region.

• Russia said on Saturday that its artillery units had struck nearly 4000 Ukrainian targets overnight, including 35 control points, 15 arms and ammunition depots, and several areas where Ukrainian troops and equipment were concentrated.

• However, a Pentagon official said Russia's campaign to seize Donbas was moving behind schedule, leading to "slow and uneven progress" in the eastern Ukrainian region.

• Zelenskyy described the attacks on Kyiv during Guterres' visit as a "deliberate and brutal humiliation" that was "left without a powerful response."

• A journalist and producer for the US-funded Radio Free Europe/Radio Liberty, Vera Gyrych, was killed when one of the missiles hit the building where she lived, next to the anti-tank missile plant.

• The U.S. Defense Department has warned Americans against fighting in Ukraine after a former marine, 22-year old Willy Joseph Cancel, was killed on Monday while working with a private military contractor.

• More than 1 million people have been evacuated from Ukraine into Russia, Foreign Minister Sergei Lavrov told China's Xinhua news agency on Saturday. They include 120,000 foreigners and people evacuated from the self-proclaimed Donetsk and Luhansk People's seperatist republics.

He added that lifting sanctions on Russia was part of peace negotiations between Moscow and Ukraine, which are "difficult" but continue daily. He also urged the U.S. and NATO to stop supplying Kyiv with arms if they are "really interested in resolving the Ukraine crisis."

• The UK government has said it will deploy about 8,000 troops for exercises in eastern Europe as a show of strength.

• The mayor of Mariupol says civilians are "begging to get saved" from the last Ukrainian stronghold in the city, a steel mill in the city, where they've been trapped with Kyiv fighters for weeks amid ongoing Russian bombardment.

• Ukrainian forces are cracking down on people accused of helping Russian troops, detaining around 400 in the Kharkiv region alone.

• Russia's economy is expected to contract by up to 10 percent in 2022, according to the Russian Central Bank, which says the outlook is "extremely uncertain."

• Romania's cybersecurity agency has accused a pro-Russia criminal group of launching cyberattacks on Romanian government websites over the country's support for Ukraine.

• A ship loaded with 70,000 tonnes of Ukrainian corn has left a Romanian Black Sea port, allowing Kyiv to circumnavigate a Russian blockade of its key grain exports.

• UN chief Guterres is set to visit several West African countries from this weekend to assess the consequences of the Ukraine conflict on the African continent.

• More than 5.4 million Ukrainians have fled their country since the Ukraine conflict escalated in February, with tens of thousands following every day, the UN says. 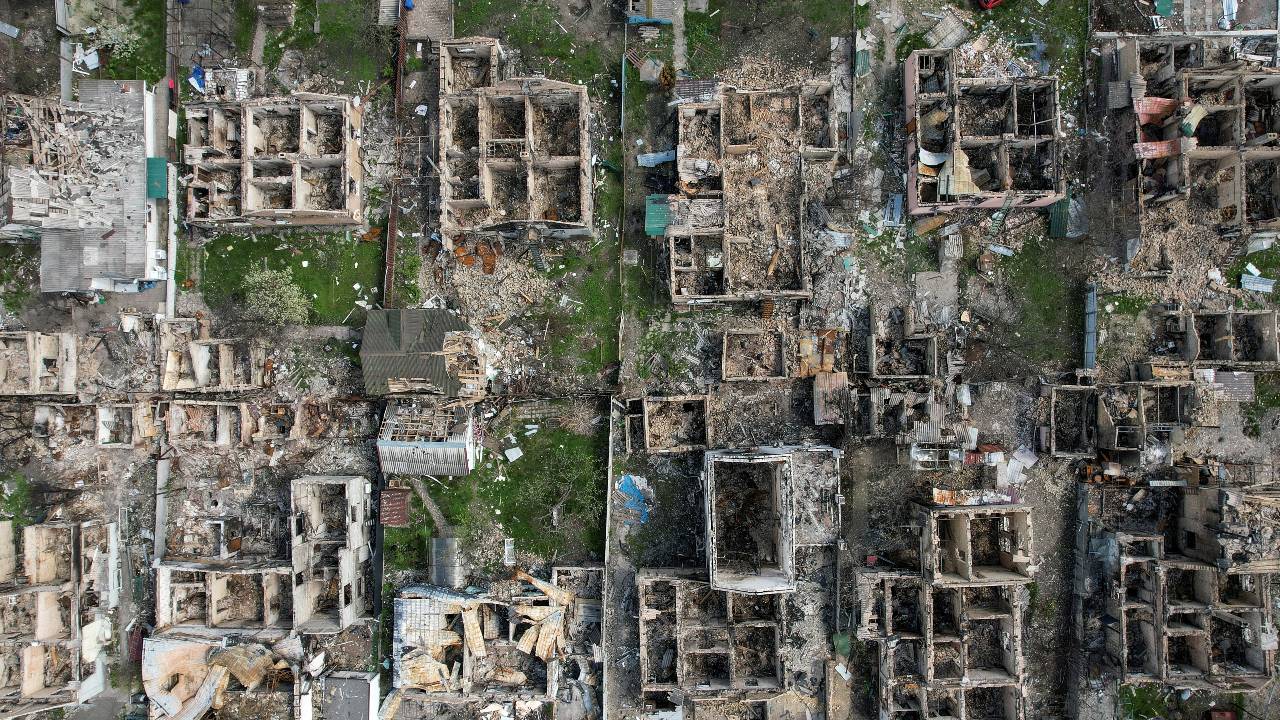 Residential buildings completely destroyed during Russia's attacks on Ukraine in the town of Irpin, outside Kyiv. /Valentyn Ogirenko/Reuters

Residential buildings completely destroyed during Russia's attacks on Ukraine in the town of Irpin, outside Kyiv. /Valentyn Ogirenko/Reuters

As Kyiv warned that talks on ending Russia's military assault on Ukraine were in danger of collapse, Russian Foreign Minister Sergei Lavrov said on Saturday that the negotiations were "difficult" but continued daily.

However, he stressed that lifting Western sanctions against Moscow were essential any deal.

Speaking to journalists in Poland on Friday, President Zelenskyy said he was pessimistic over the prospect of continued negotiations with Russia, blaming public anger with what he said were Russian atrocities.

"The risks that the talks will end are high because of what they (the Russians) have left behind them, the impression that they have a playbook on murdering people," Interfax quoted Zelenskyy telling Polish journalists.

Moscow says it launched its invasion in part over concerns that Ukraine might join NATO. On Saturday, Lavrov said that Ukraine would have been given security guarantees from U.N. Security Council countries if it had been "honest" in negotiations.

"We got stuck because of their inconsistency, because of their desire to play games every time and - as far as I can guess - because of instructions they get from Washington, London and other capitals not to speed up the negotiating process," the foreign minister said. 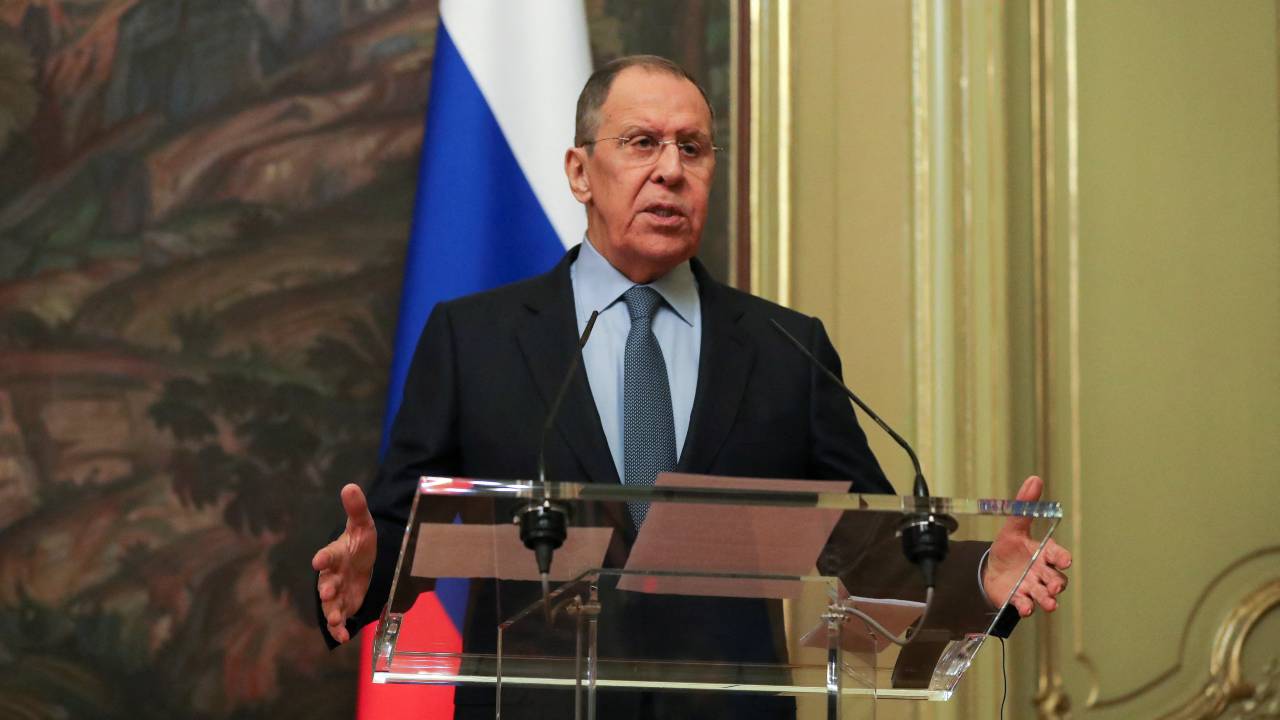 However, speaking to China's Xinhua news agency, he added: "At present, the Russian and Ukrainian delegations are actually discussing on a daily basis via video-conferencing a draft of a possible treaty."

"The talks' agenda also includes, among others, the issues of 'denazificiation,' the recognition of new geopolitical realities, the lifting of sanctions, the status of the Russian language," Lavrov said, without elaborating.

"We are in favour of continuing the negotiations, although they are difficult," Lavrov said.

Ukraine and Russia have not held face-to-face peace talks since March 29, with further acrimony between the two sides following Ukrainian allegations that Russian troops carried out atrocities as they withdrew from areas near Kyiv. Moscow has denied the claims.

Ukraine's Western allies have placed sweeping sanctions on Moscow, freezing around half of Russia's state gold and foreign currency reserves. However, President Zelenskyy continues to insist that Western sanctions should be strengthened and could not be part of negotiations, despite Lavrov's statement. 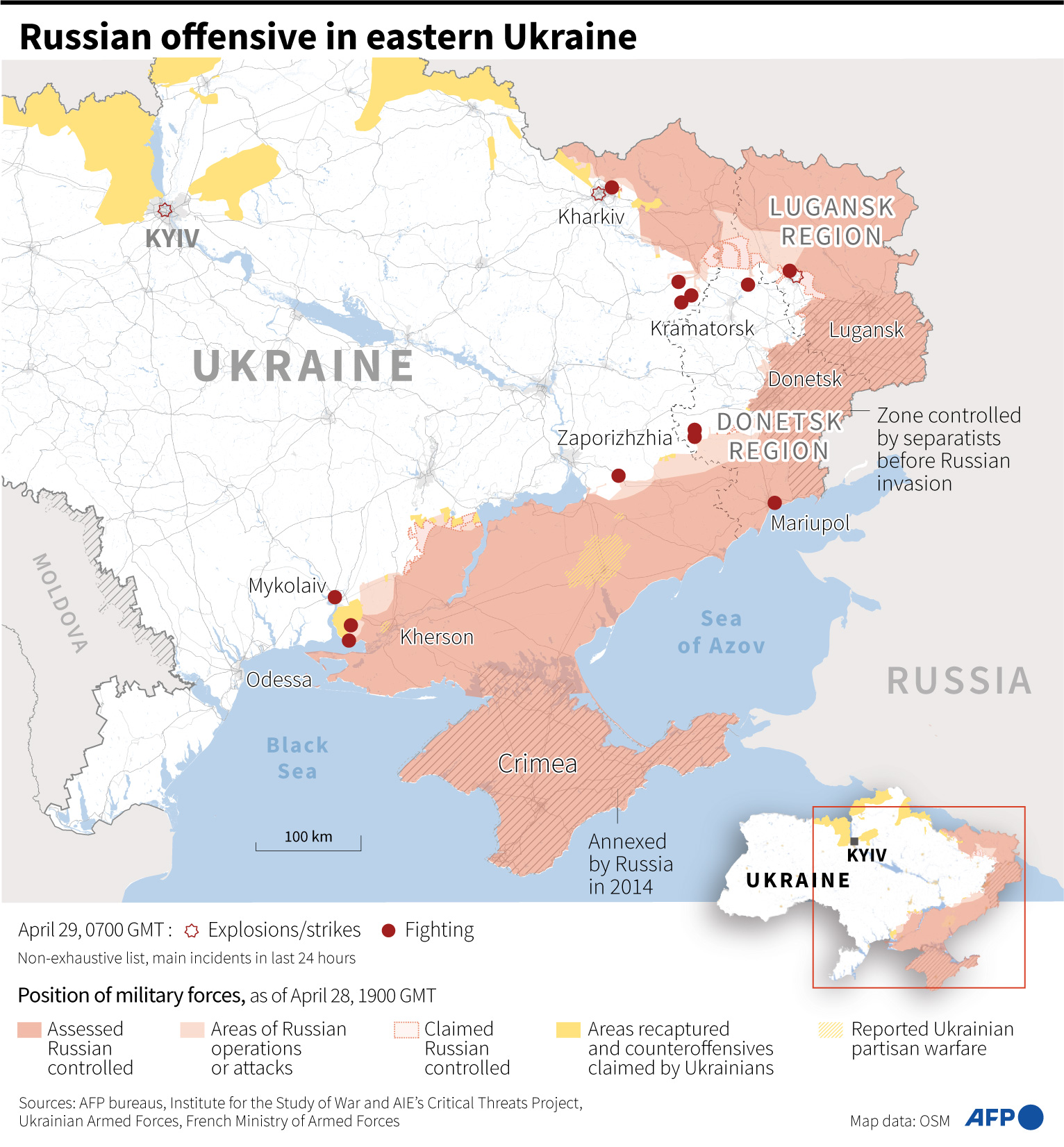 Advances of Russian troops in Ukraine and major incidents in the past 24 hours, as of April 28. /Simon Malfatto, Sophie Ramis, Kenan Augeard/ AFP

Advances of Russian troops in Ukraine and major incidents in the past 24 hours, as of April 28. /Simon Malfatto, Sophie Ramis, Kenan Augeard/ AFP

On the ground, Russian forces continue to attack Ukraine's eastern Donbas region but have failed to capture three target areas, according to Ukraine's military.

The General Staff of Ukraine's Armed Forces said in a daily update that the Russians were trying to capture the areas of Lyman in Donetsk and Sievierodonetsk, and Popasna in Luhansk. "Not succeeding - the fighting continues," it said.

After failing to capture Kyiv, Russia is now focusing on the east and south of Ukraine, hoping to take full control of the Luhansk and Donetsk regions, parts of which were already controlled by Russian-backed separatists before the invasion.

Western officials said Russia had suffered fewer casualties after narrowing the scale of its operation but that numbers were still "quite high." The UK's Defence Ministry said on Saturday: "Shortcomings in Russian tactical coordination remain."

Russia had been forced to merge and redeploy depleted and disparate units from failed advances in northeastern Ukraine, it said in a daily bulletin.

Serhiy Gaidai, governor of Luhansk, told Ukrainian public television that the Russians were shelling all over the region "but they cannot get through our defence". He said civilians would continue to be evacuated despite the difficult situation.

Gaidai said two schools and 20 houses were destroyed by Russian attacks on Friday while Russian troops were accused of firing on two buses sent to evacuate civilians in the region.

In Mariupol, which is now nearly completely controlled by Russian forces, Ukraine's border guard service posted a video on its Facebook page showing about 16 soldiers singing the national anthem in a small basement room of the Azovstal steel works, the last Ukrainian stronghold in the city.