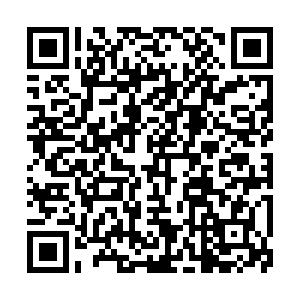 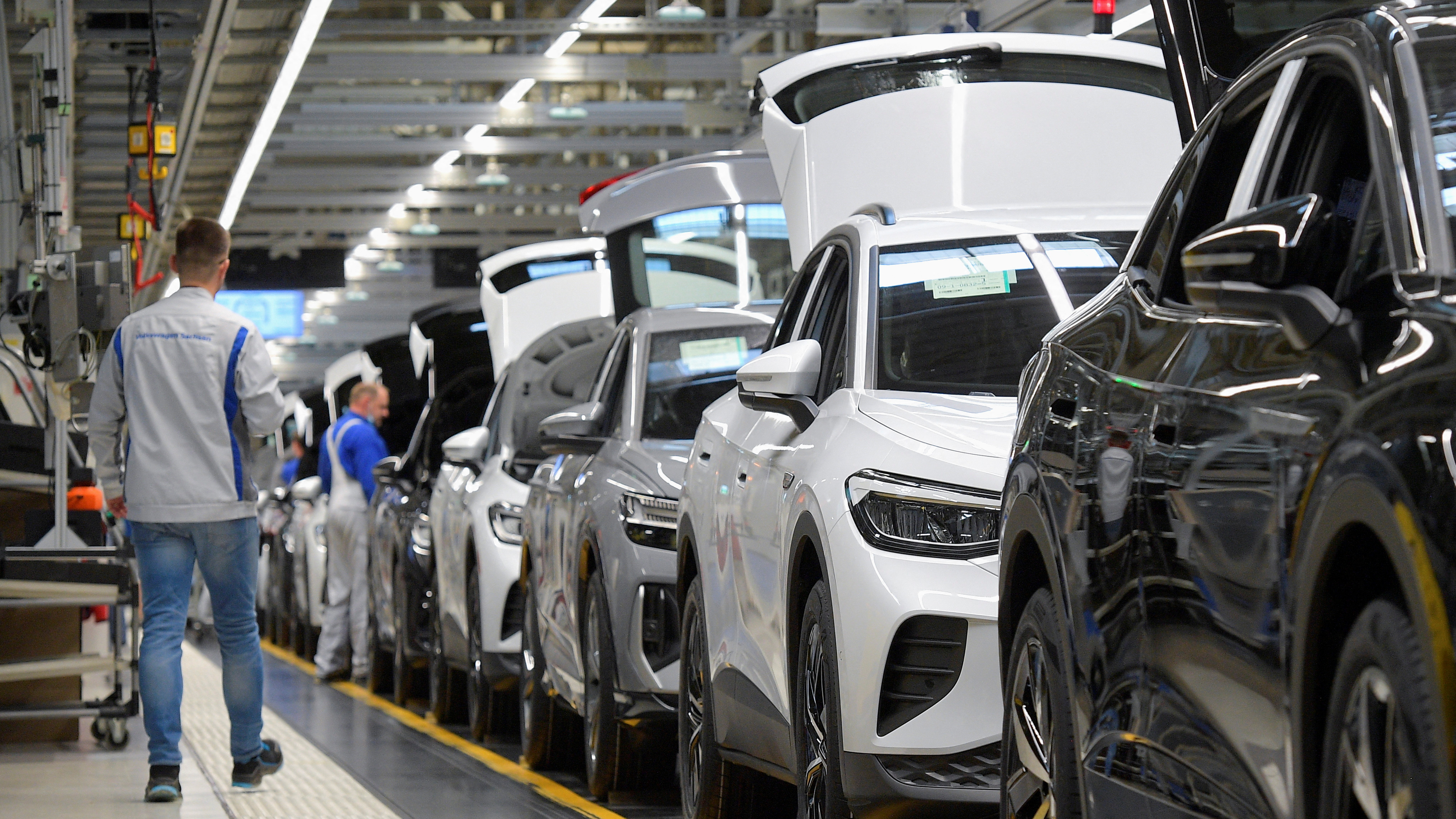 Petrol and diesel prices are reaching record highs due to the Ukraine-Russia conflict. In Britain this has led to record sales in March of all electric battery-operated cars, up 80 percent over March of last year.

It's one of the few bright spots this year in a struggling automotive market hit by COVID-19 and the cost-of-living squeeze. Fully electric cars are now taking an increasing share of the 'green' market from hybrid petrol – electric vehicles.

The UK Government is committed to ending the sale of petrol and diesel cars by 2030.

Initially there was a surge in hybrid petrol/electric models. The latest figures show that one in six new cars sold in March was an all-electric model, more than double the number of plug-in hybrids.

"We have been selling lots of the hybrids, the electric has now taken over as our market leader," said Hugo Woodhead, sales manager at the GWR Kia showroom in West London.

Like most major manufacturers, Kia is offering a growing range of battery driven cars with more to come next year, but not all of Woodhead's customers are sold on the idea.

"The major concerns are the range because you can't just go into a petrol station and fill up. It's up to us to explain how to do it and what's involved," he added. 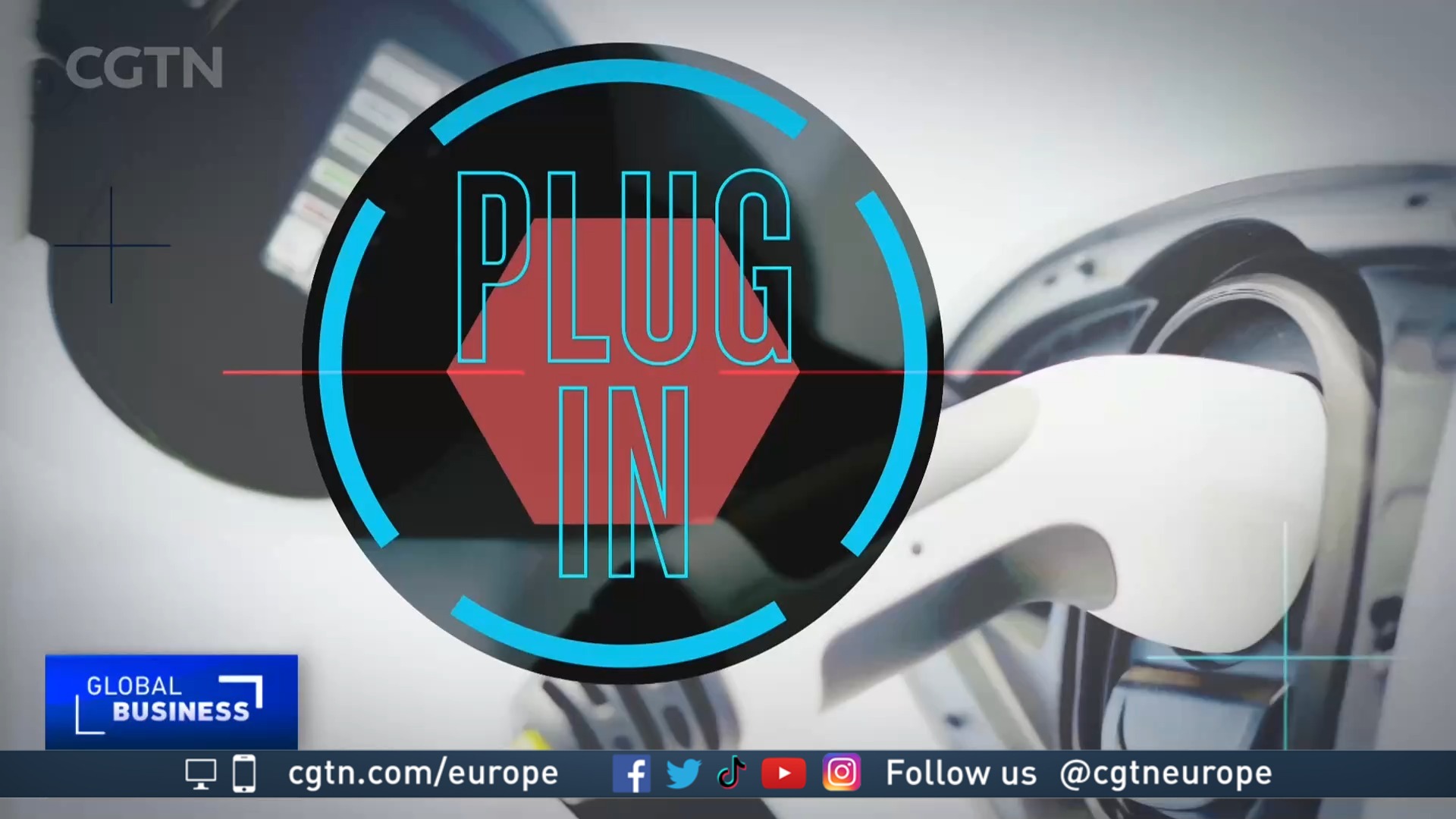 The customers CGTN met at the showroom were divided on what to buy. Jeff Benny and his wife were only interested in plug-in hybrids.

"No, definitely not all-electric – I don't think the technology is right yet," said Benny. " I think this thing about range anxiety would be there too much."

Mohal drives an old diesel car which means he has to pay each time he enters London's Low Emission Zone.

"I think eventually everyone will go down the electric route so I might as well go down that route now. I'm not worried about range. I've spoken to many people. As long as I'm traveling to work and back it doesn't really concern me too much," Mohal explained.

He had just test driven Kia's latest model the EV6 family sports coupé, so CGTN gave it a go. If it wasn't for the fact that there's no engine noise, it would be difficult to tell this car isn't a regular petrol model. It accelerates well and has a 500km range.

But there are concerns about whether there are enough charging points to meet the growing demand. There are around 30,000 charging points in the UK, mainly concentrated in London and South England. This compares to 80,000 in the Netherlands. The UK government is aiming for 300,000 but only by 2030.

In 2019 electric cars were still a novelty, but sales started to take off in 2020 and last year more than 190,000 were registered, almost a 12 percent market share. 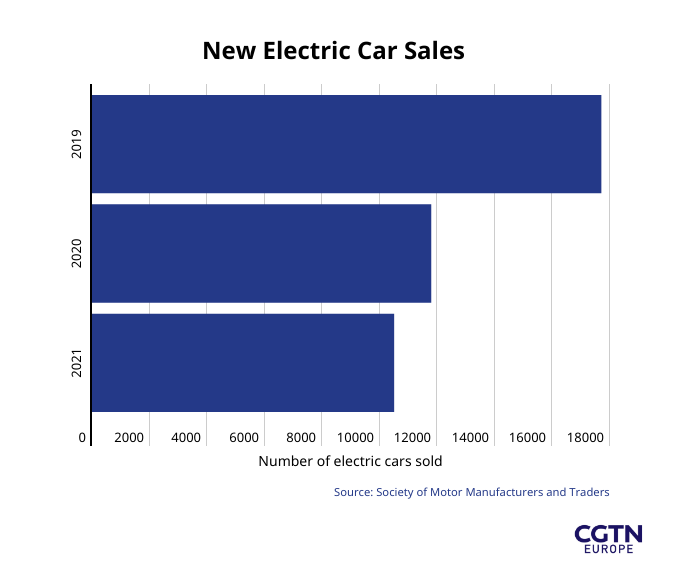 In 2021, the number of all electric cars sold represented an 11.6 percent market share – and this year, as fuel prices shot up, so did electric car sales: March was a record month, accounting for 16 percent of all cars sold. 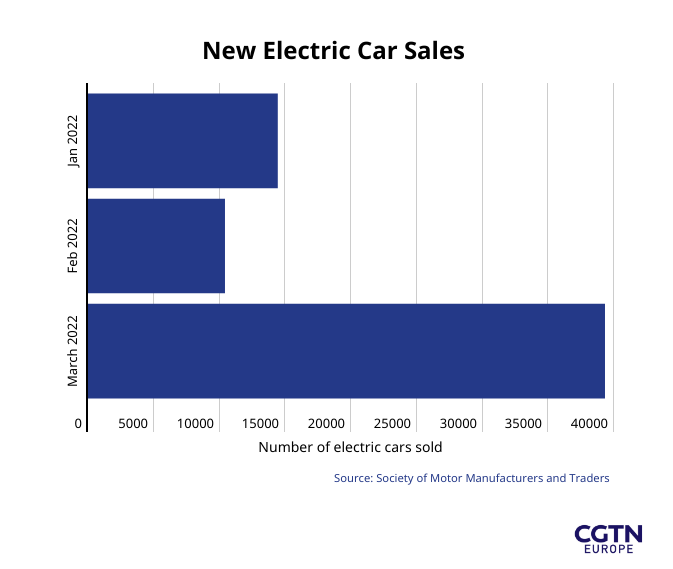 In terms of absolute numbers Germany is the largest market with 365,000 electric cars sold last year. But there is still a long way to go, as just 1 percent of all cars on the road in Europe are electric models

James Boley is with the Society of Motor Manufacturers and Traders, which tracks car sales. So does he think the March figures suggest a tipping point for battery operated cars?

"It's certainly an acceleration point," he says. "March was the best month ever for electric car sales in the UK. There are big targets to hit for 2030, when we see the end of sale for new pure petrol and diesel cars and meeting that mass market adoption more widely. That's the big challenge that remains ahead for the industry and that all depends on the ability of infrastructure to keep up."

Price is another factor. Electric cars with their large expensive batteries cost substantially more than petrol and diesel models – but record energy prices are starting to alter the equation.