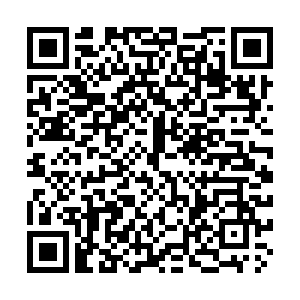 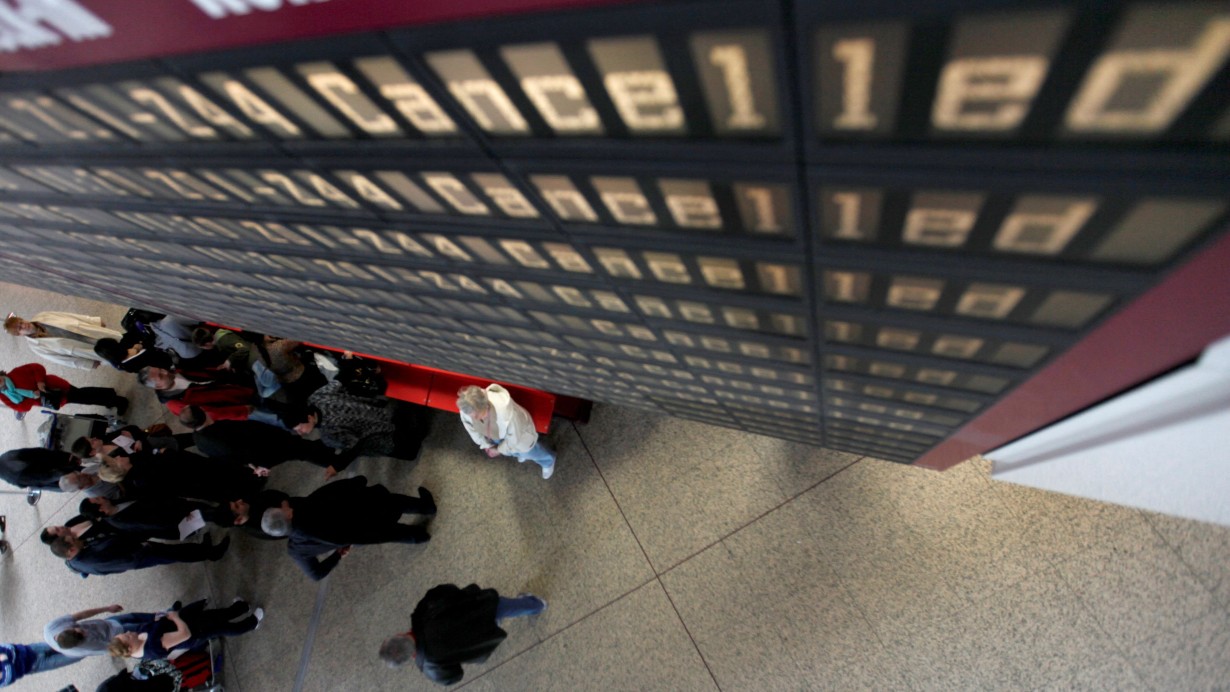 Cancellations at Warsaw's airports could become a big problem in May. /Petr Josek/Reuters

Cancellations at Warsaw's airports could become a big problem in May. /Petr Josek/Reuters

Poland is getting ever closer to the possibility of mass flight cancellations from Sunday as air traffic controllers refuse to accept new working conditions.

Disruption to flights could start on May 1 – the day after the end of the notice period for air traffic controllers who chose to quit rather than accept new working regulations, which they say threaten safety.

The action could affect not only flights to and from Poland but also those passing through Polish airspace – which has become more important as a result of the conflict in Ukraine.

The already busy Polish airspace is now also utilized by NATO and military aircraft, with more high-level flights than usual as passing long-haul planes avoid the skies over Ukraine, Moldova, Russia and Belarus.

European air safety body Eurocontrol said Poland's Civil Aviation Authority will drastically cut the number of flights in Polish airspace if no agreement is reached, with resultant effects not just for passengers but also for other European countries.

What is the argument about?

The Polish air traffic controllers' union ZZKRL says 180 out of 206 controllers working in Warsaw chose to resign rather than accept new working conditions. Of the 180, 44 have already left, with the notice period for the remaining 136 ending on Saturday.

Among proposals seen as unacceptable by the union is a cut in air traffic controllers' pay, an increase from eight to 12 in the maximum number of hours they can work in a shift and the possibility for controllers to work alone.

"We are fighting for safety and for the return of a culture of work safety and this means an environment of trust, which is built, not bought," ZZKRL said in a statement on Thursday.

Poland's infrastructure minister Andrzej Adamczyk, however, insisted the pay offer was reasonable. "The Polish Air Navigation Services Agency (PANSA) is proposing pay like before COVID-19, when air traffic was 30 percent higher," he told a parliamentary subcommittee. "We believe that what PANSA has proposed is...a far reaching concession on our part." 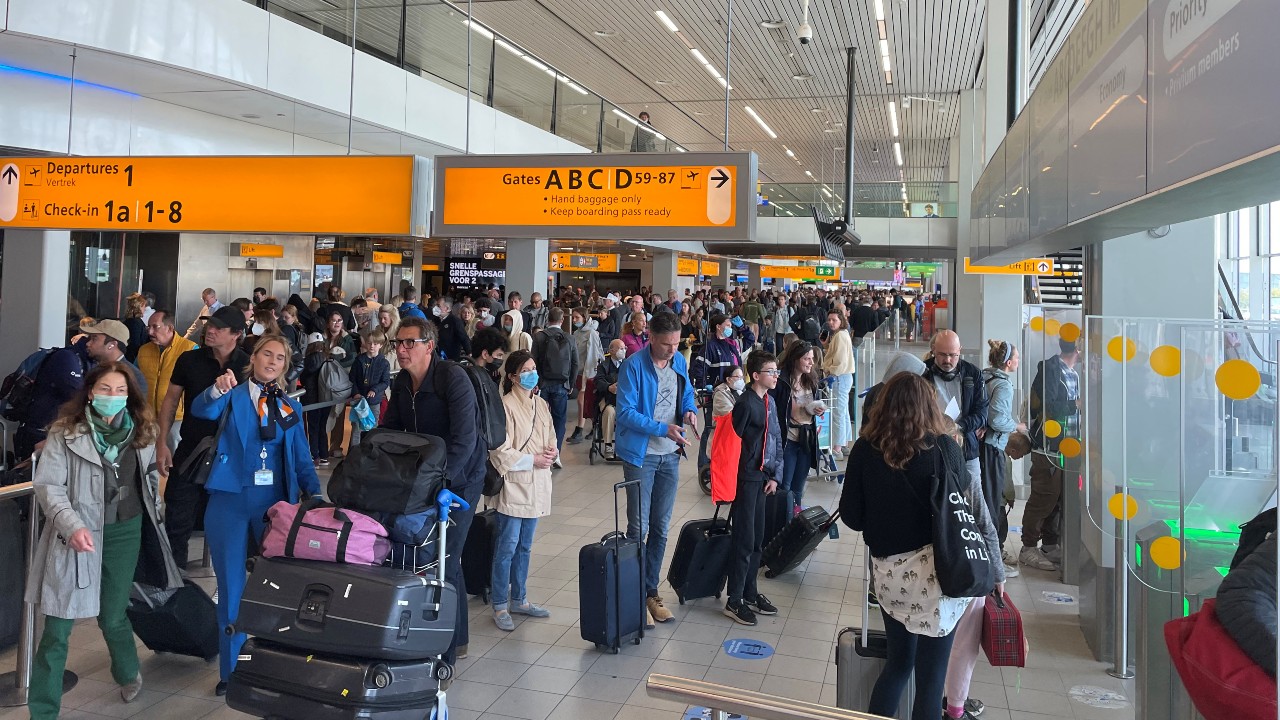 Passengers at Amsterdam Schiphol Airport were affected on Saturday by an unannounced strike of ground staff. /Anthony Deutsch/Reuters

Passengers at Amsterdam Schiphol Airport were affected on Saturday by an unannounced strike of ground staff. /Anthony Deutsch/Reuters

Adamczyk said that questions about safety had been resolved before Easter and that only the issues of pay and working time were left outstanding. However, union spokeswoman Anna Garwolinska rejected this.

"The safety procedure and agreement has not been signed by our side because we believe all the procedures should be included in the work regulations as well as in the ethical code," Garwolinska said.

Government spokesman Piotr Muller said earlier on Monday the union's demands would mean that the average salary of an air traffic controller in Warsaw would amount to about 80,000 zlotys ($18,472.34) per month, compared to around 33,000 now.

However, air traffic controllers say that their remuneration is being misrepresented and that only those with decades of experience earn 33,000 gross per month.

What will happen if no agreement is reached?

"As of May 1, the Polish CAA will implement a flight cancelation program to significantly reduce the number of flights into/out of Polish airspace," Eurocontrol said in a statement.

"It is anticipated that there will be enough controllers for the approach to Warsaw airports to operate... with a total capacity of around 170 flights. The two Warsaw airports were expected to handle on average 510 flights each day in May."

This could cause delays and re-routing with knock-on effects for other countries, warned the Air Traffic Controllers European Unions Coordination (ATCEUC).

"It will force traffic to divert to the west, where Germany will not be able to handle all the demand," said ATCEUC vice president Xavier Worth, "because simultaneously traffic from Reims ACC [Area Control Center] will be diverted to German airspace as well to ensure safety during major technological changes of French ATM [Air Traffic Management]." 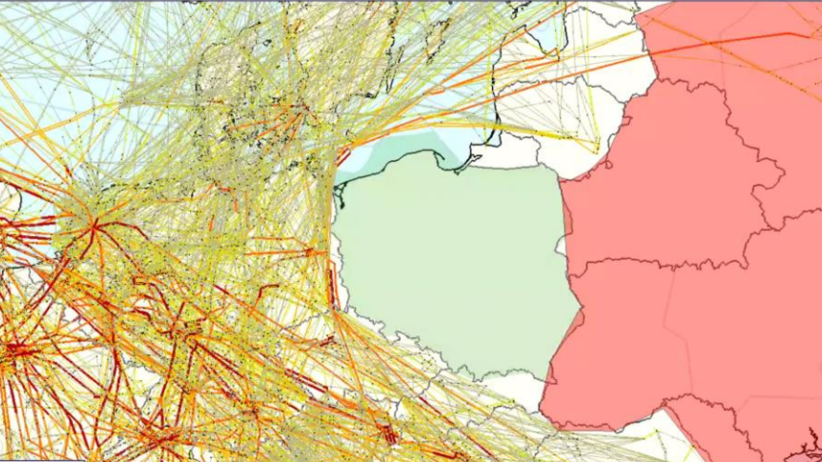 From Sunday, it is expected that around 300 flights crossing Polish airspace will need to be handled by other sectors. The Polish CAA has issued an announcement insisting "flights over Poland should proceed without sudden disruption," but flight zones around Warsaw Chopin airport and low-cost carrier airport Warsaw Modlin will restrict their hours to 9.30 a.m. until 5 p.m. local time.

Eurocontrol has published a worst-case plan which sees the cancelation of all connections to and from Poland.

Even if this does not come to pass, the OPS Group, a membership organization for airport operatives, has warned that if staffing levels remain perilously low, up to 1,000 flights a day will need to be redirected – more than half of the total 1,850 daily flights currently predicted for the summer season – with "significant extra pressure" on air traffic control centers in Karlsruhe, Prague, Malmo, Bratislava and Vilnius.