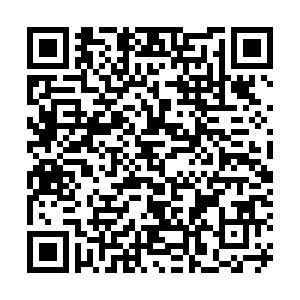 It was not an April Fool's joke. In fact, Germany's economy minister called it "blackmail."

Russian President Vladimir Putin choose April 1 as the day all "unfriendly nations"must start paying for Russian gas imports in Russian rubles or face being cut off.

"If these payments are not made," said Putin following the signing of the decree into law, "we will consider it a failure of the buyer to fulfil its obligations, with all the ensuing consequences."

Yet according to Kremlin spokesman Dmitry Peskov, the policy only applies to new payments, so supplies already paid for would continue to flow.

Berlin, like many other Western capitals, has refused to change the terms of its contract with Moscow.

German Chancellor Olaf Scholz announced that "in these [contracts] it says that the payment will be in euros – sometimes in dollars, but usually in euros."

In the first three months of this year, Russian gas accounted for 40 percent of Germany's imports, and roughly a third of the European Union's – making it a powerful bargaining chip for Putin to hit back against Western sanction over Ukraine.

Forcing payments in Russian rubles would help prop up the currency brought down by those sanctions.

On Wednesday Germany activated the first stage of its emergency gas supply plan, creating a task force to monitor and prepare for the eventuality of a serious gas shortage.

By law, households and critical infrastructure such as hospitals would take priority in the event of scarce energy supplies. It would be Germany's heavy Industry, the backbone of its economy, that would be forced to ration.

Gas prices have already risen more than five-fold since the start of the conflict in Ukraine, and now the possibility of an end to Russian energy supplies has many large industries concerned.

"It would have an enormous impact," said Craig Barker, the managing director of Kelheim Fibres, one of the world's biggest producers of viscose fibres.

Barker says he is already expecting the company's $200 million annual revenue to be slashed in half by gas prices this year. But without that gas, "we have to shut this down. That's clear."

Yet Germany could "survive" a decrease of Russian oil and gas, says Lutz Weischer, the head of policy in Berlin at Germanwatch, an NGO focused on trade and the environment.

"Germany currently gets 40 percent of its natural gas from Russia," he told CGTN. "That's already down from the 55 percent it was before the war. So there is another 60 percent still there, plus what we have in storage."

According to Economy Minister Robert Habeck, Germany's gas storage is currently filled to about 25 percent capacity.

This could sustain Germany's energy demands for a short period while the country works to achieve full independence from Russian energy, but Habeck says that will not be possible until mid 2024.

"In the short term, there are attempts to diversify to get additional LNG from Qatar, from Algeria, from the U.S.," said Weischer. "But I think it's important that we're not locking ourselves into new dependencies from other countries."

Renewables the way out