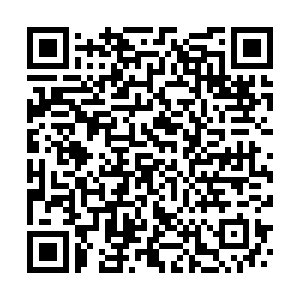 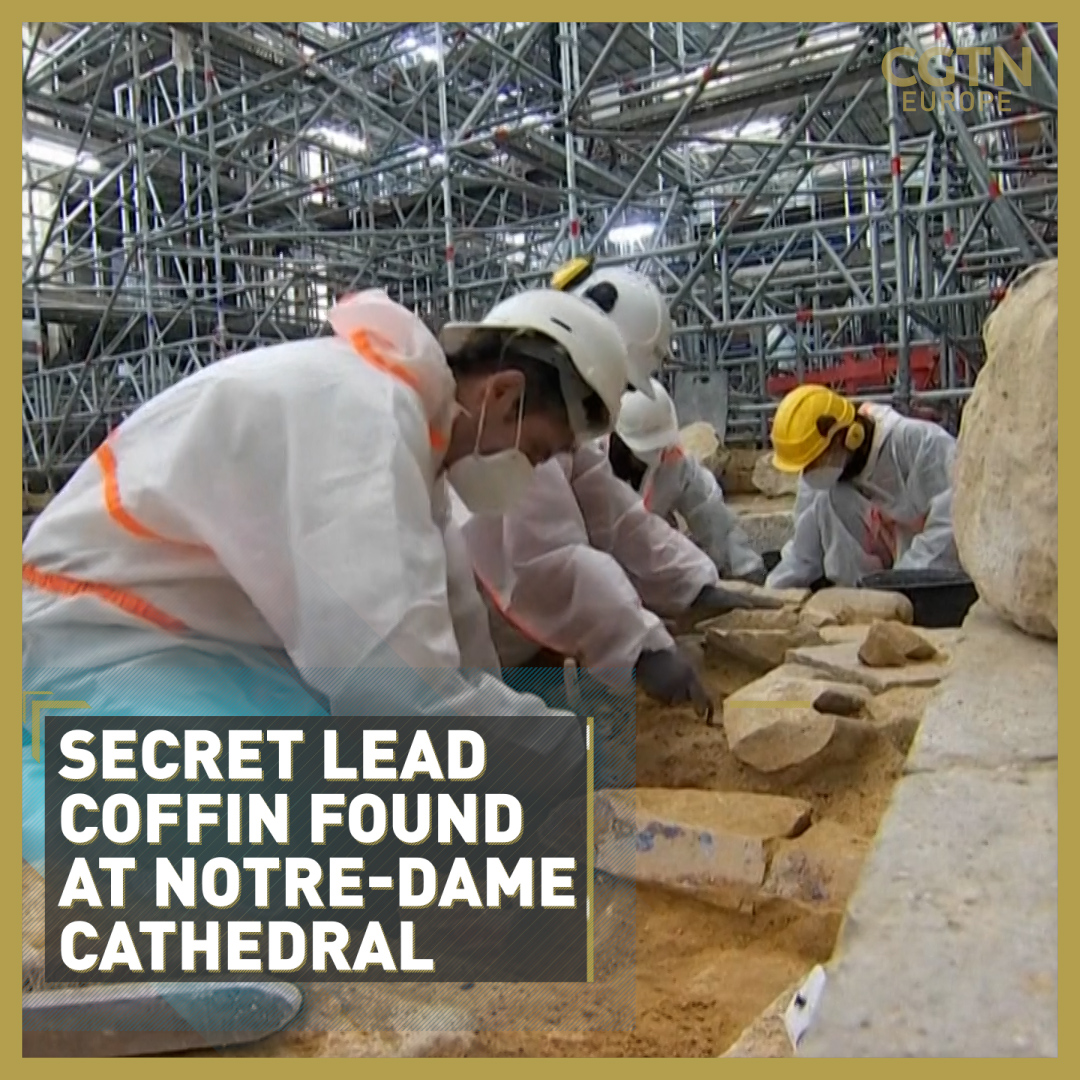 Several tombs and a leaden sarcophagus, probably dating from the 14th Century, have been uncovered by archeologists working at Paris' Notre-Dame cathedral following its devastating 2019 fire.

The burial sites "of remarkable scientific quality" were unearthed during preparatory work for rebuilding the ancient church's spire at the central spot where the transept crosses the nave, France's culture ministry said.

Among the tombs was the "completely preserved, human-shaped sarcophagus made of lead," it added. The coffin might have been made for "a senior dignitary" and probably dates from the 1300s – the century following the cathedral's construction.

As well as the tombs, elements of painted sculptures were found just beneath the current floor level of the cathedral, identified as parts of the original 13th-century rood screen – an architectural element separating the altar area from the nave. 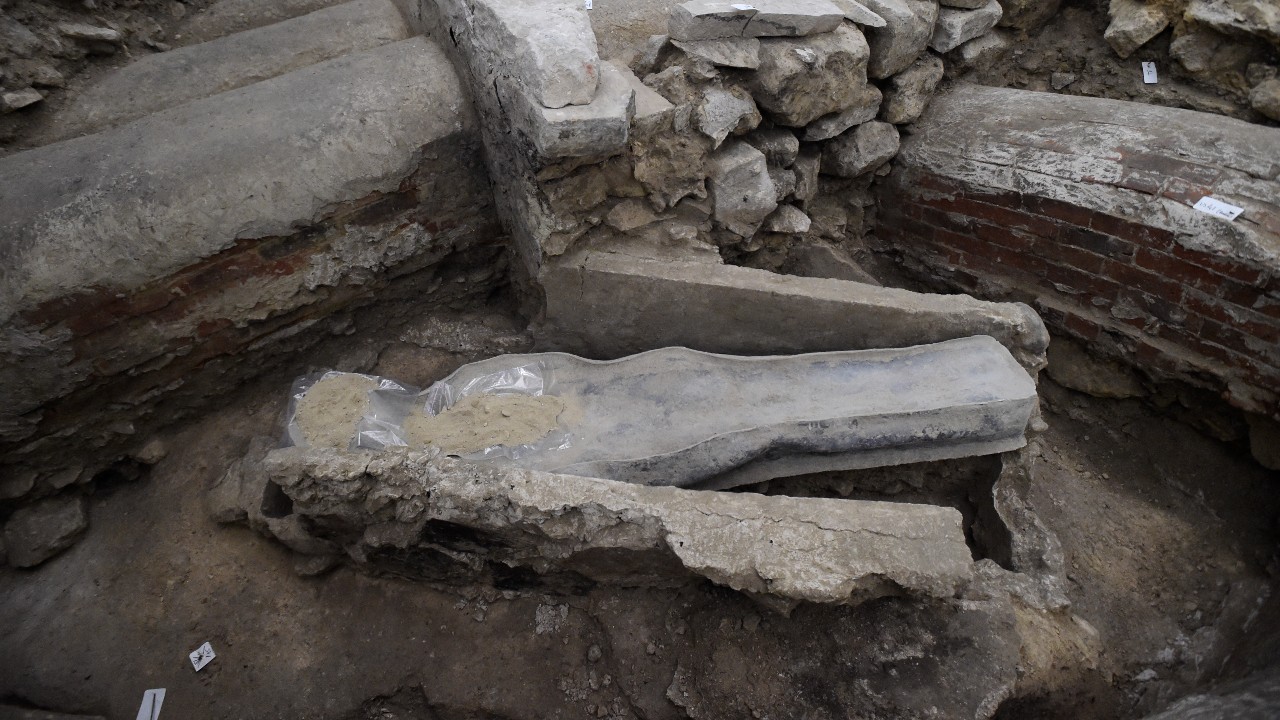 Other parts of the structure, destroyed in the early 18th Century, were unearthed during Notre-Dame's mid-1800s restoration and are already on display in the Louvre museum.

French researchers have carried out the latest archeological dig before scaffolding is set up to support the rebuilding of the spire. Their investigation has been extended until March 25, the culture ministry said. 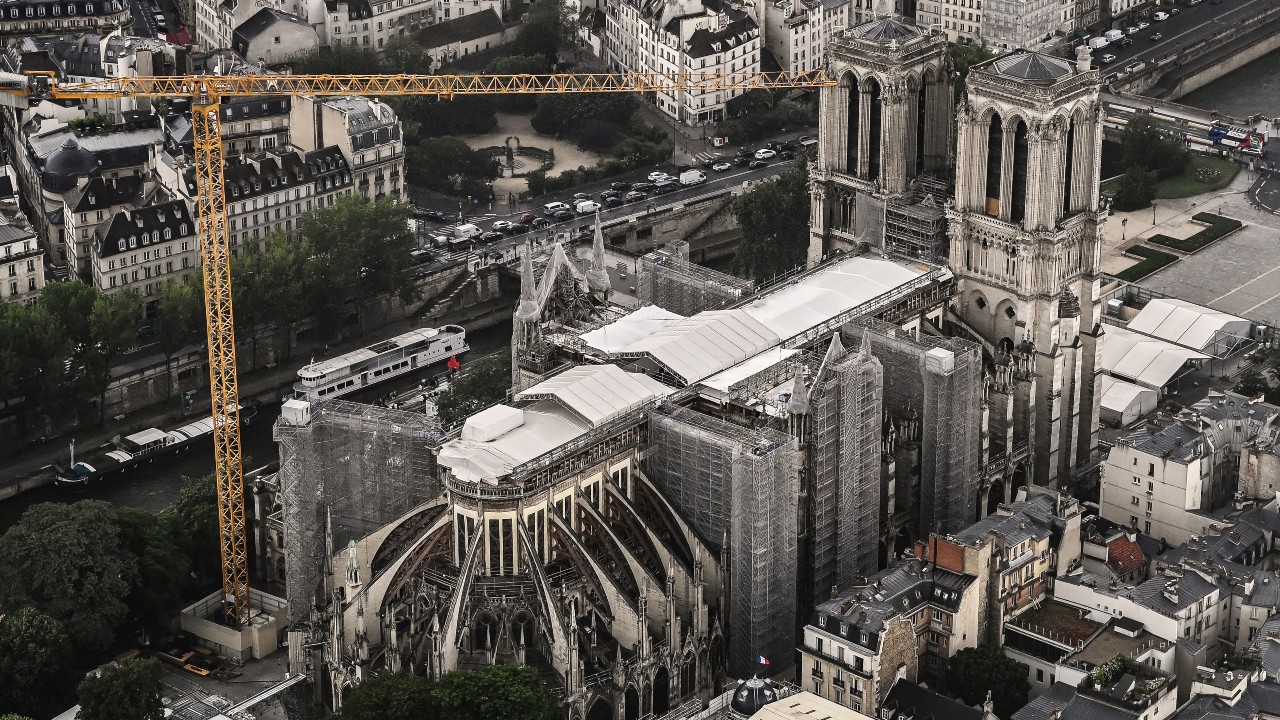 The world-famous cathedral has been cloaked in scaffolding since the 2019 fire. /Bertrand Guay/AFP

The world-famous cathedral has been cloaked in scaffolding since the 2019 fire. /Bertrand Guay/AFP

Surveying the scaffolding currently covering the world-famous site, Bachelot said "For the time being, it's an iron cathedral, but it will soon be a stone cathedral and we are looking forward to that."

The discovery illustrates the importance of archeological diligence, which Bachelot insists must be balanced against the understandable urge to reopen the cathedral.

"It is important that the research done here be done in the best possible way," she said. "Parisians, France and the whole world want to have their Notre-Dame de Paris cathedral back, and I think that it is quite possible." 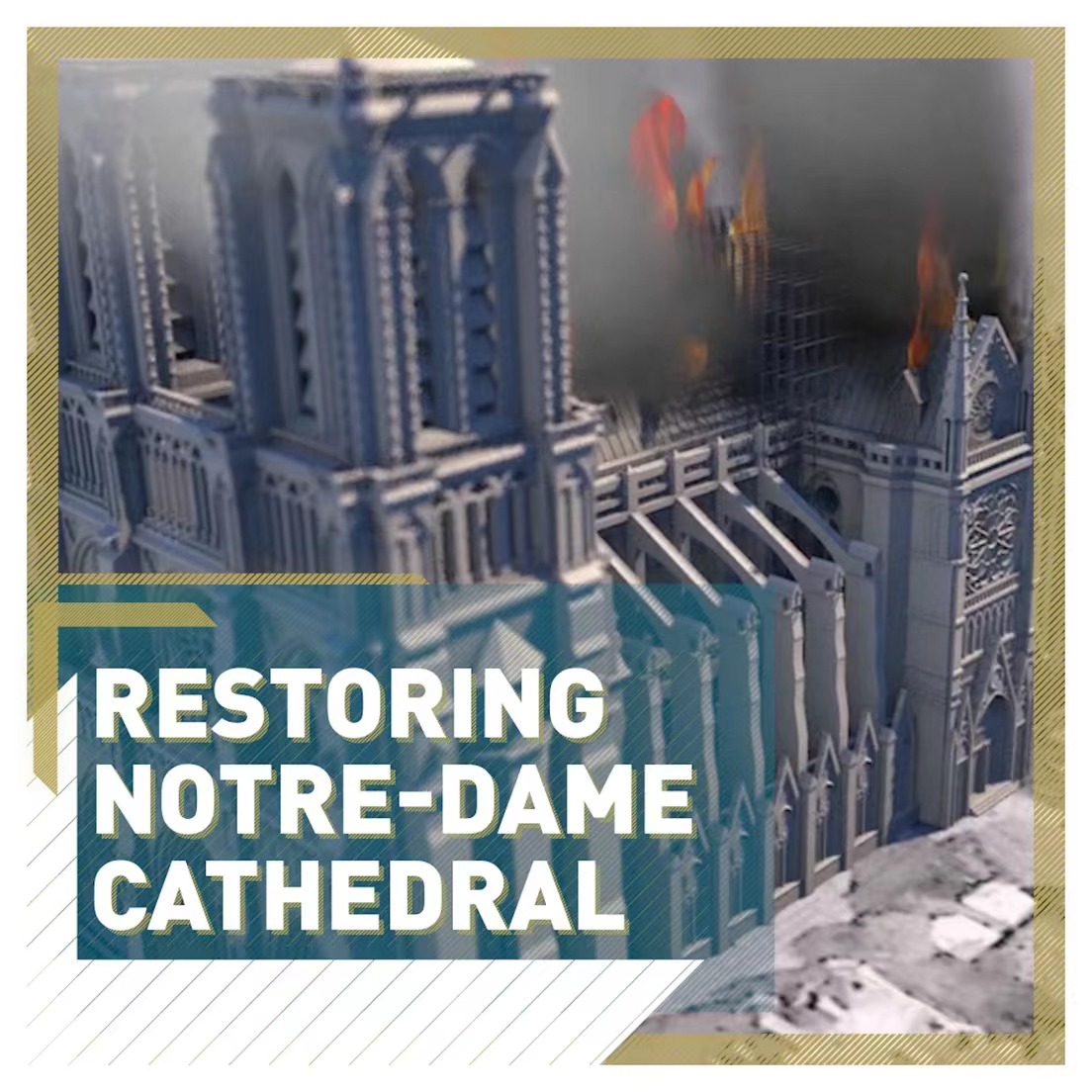