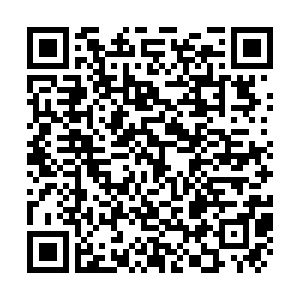 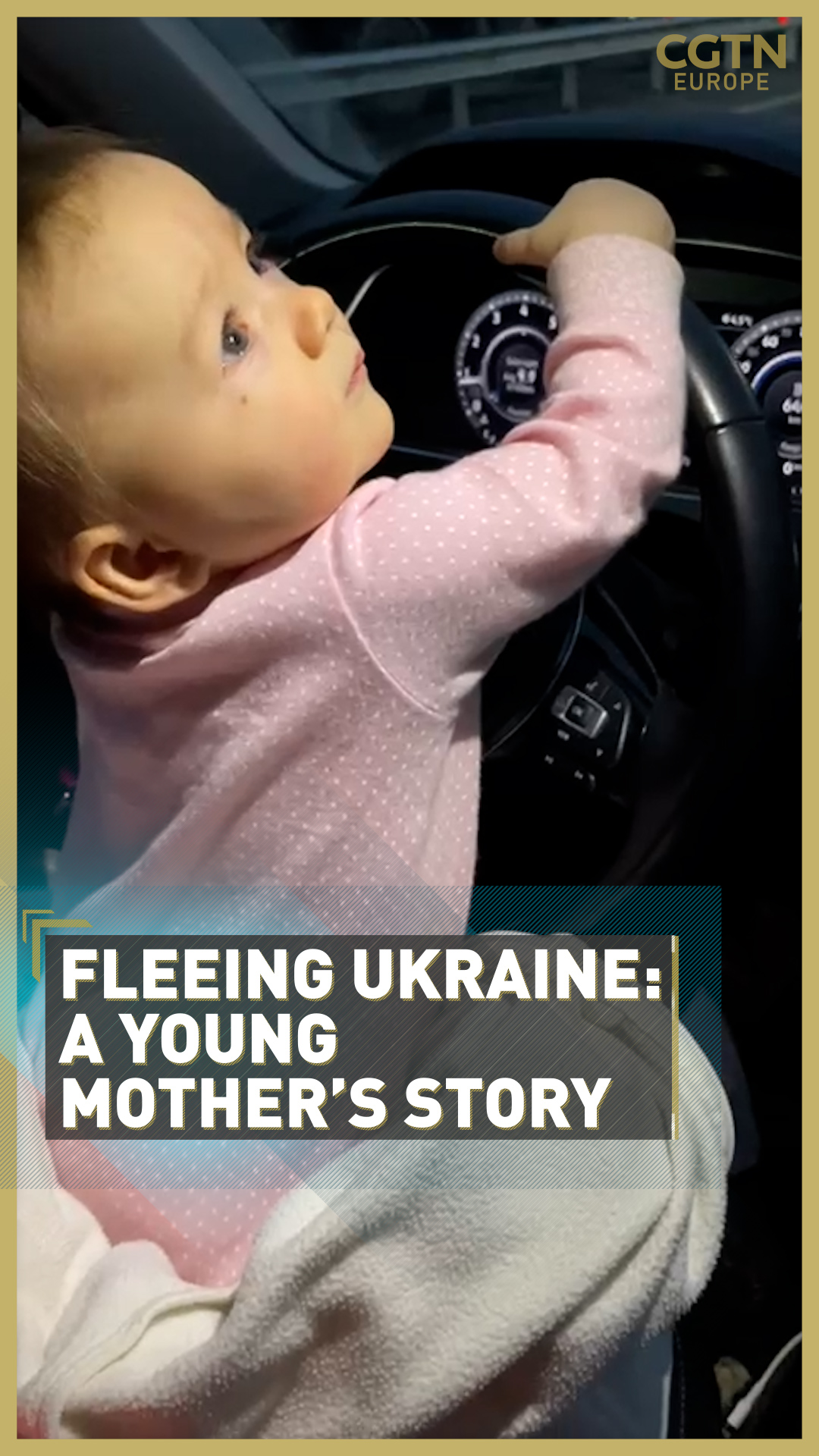 A Ukrainian mother has told CGTN Europe how she spent five days battling traffic jams and military checkpoints to get her seven-month-old daughter safely across the border to Romania.

At one stage, Anna Boiko had to breastfeed her daughter whilst at the wheel of the car after making the heart-breaking decision to leave her husband behind.

She is now reunited with her parents in an apartment they are sharing in the northern Romanian town of Oradea, having completed the arduous and at times terrifying journey from Kharkiv accompanied by a friend and their children.

She told CGTN presenter Jamie Owen: "It was a very hard decision to say goodbye to my husband because he had to stay but this is something we needed to go through to protect our daughter. My husband returns to Poltava [in Ukraine] where he will be part of the rescue mission." 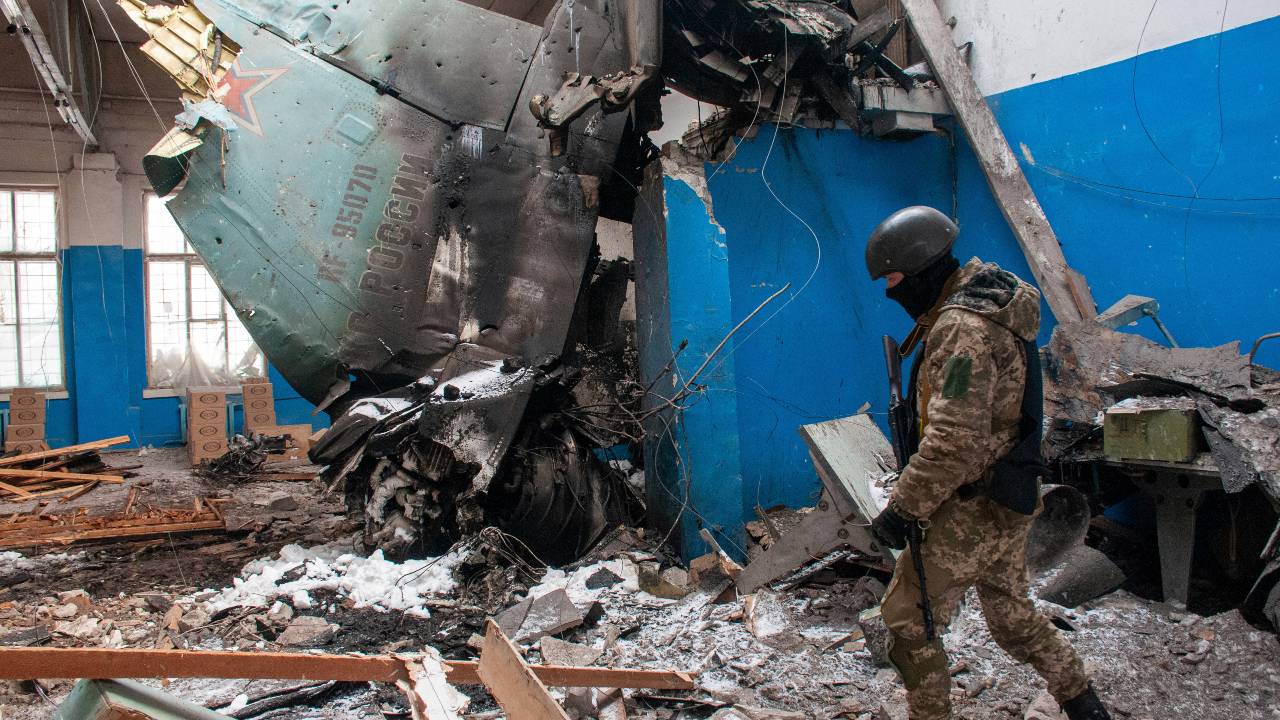 A Ukrainian serviceman walks past the vertical tail fin of a Russian Su-34 bomber lying in a damaged building in Kharkiv. /Andrew Marienko/AP

A Ukrainian serviceman walks past the vertical tail fin of a Russian Su-34 bomber lying in a damaged building in Kharkiv. /Andrew Marienko/AP

Boiko's decision to leave came on March 1, five days after heavy Russian bombardment began, initially forcing her into a basement shelter. The IT professional, who is continuing to work remotely, is desperate to be reunited with her husband.

After her 70-year-old father Sergei saw the language school he founded destroyed, he agreed to leave his home, along with his wife, and make their way to Romania.

Kharkiv is primarily a Russian-speaking city and, until the attack began, Sergei had been convinced that war would not break out.

"We heard the explosions and there were a lot of rumors, and we thought, with my dear wife, that Putin was going to liberate Donetsk and Luhansk and that would be all," he said.

Despite her circumstances, Boiko feels she is one of the lucky ones. Her savings and continued income mean that she can live independently, without humanitarian support.

"What we are seeing is as scary as World War Two and what Putin is doing is close to what the Nazis were doing," she said. "This is hell on earth because people are leaving everything behind. The people who are sleeping in basements have very limited supplies of food and medicine."

Boiko fought back the tears as she gave her personal message to the international community.

"We really hope that Russia is pushed by either sanctions or by (the international community) providing us with military support because this should stop as soon as possible," she said. "This is the nightmare we always swore would never happen again after World War Two. Nobody believed this was possible in the 21st Century and it is."