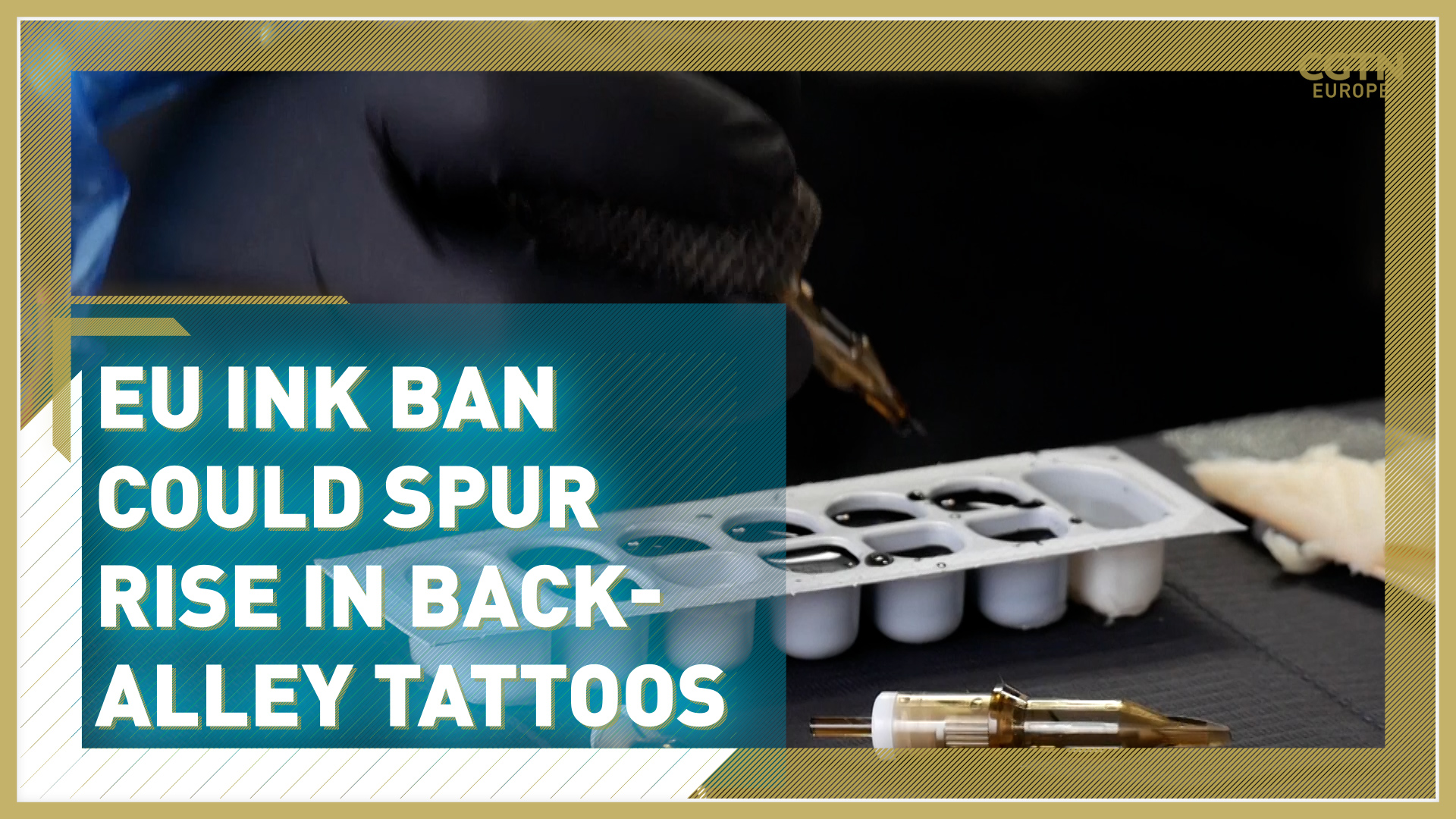 A European Union ban on certain inks used by tattoo artists has come into force. The bloc imposed the ban due to health risks from chemicals used in several common pigments. But it's causing concern among tattoo artists, who say approved inks, which conform to EU standards, are in short supply.

Tattoo artist Erich Mehnert told CGTN Europe: "There's not much available, just a few shades of blue, one brown, one pink and four different suppliers with black." Mehnert, who is the trade spokesman for Austria's tattoo artists, claims 90 percent of the inks he uses to make tattoos are now banned in the EU.

Global supply chain issues and the lockdowns currently in force in different EU countries are having a knock-on effects, according to Mehnert. "The other vendors couldn't deliver because of supply shortages, which were also caused by the pandemic, of course," he said.

A tattoo artist without color is either out of a job, or has to switch to making tattoos with black ink only. There's widespread concern across Europe's tattoo community. But the EU says it's unaware of any problems.

"Nobody has approached us to inform us of such shortages and also we have not received any request or complaint that a further derogation is necessary due to the crisis," Sonya Gospodinova, a spokeswoman for the European Commission, told CGTN. 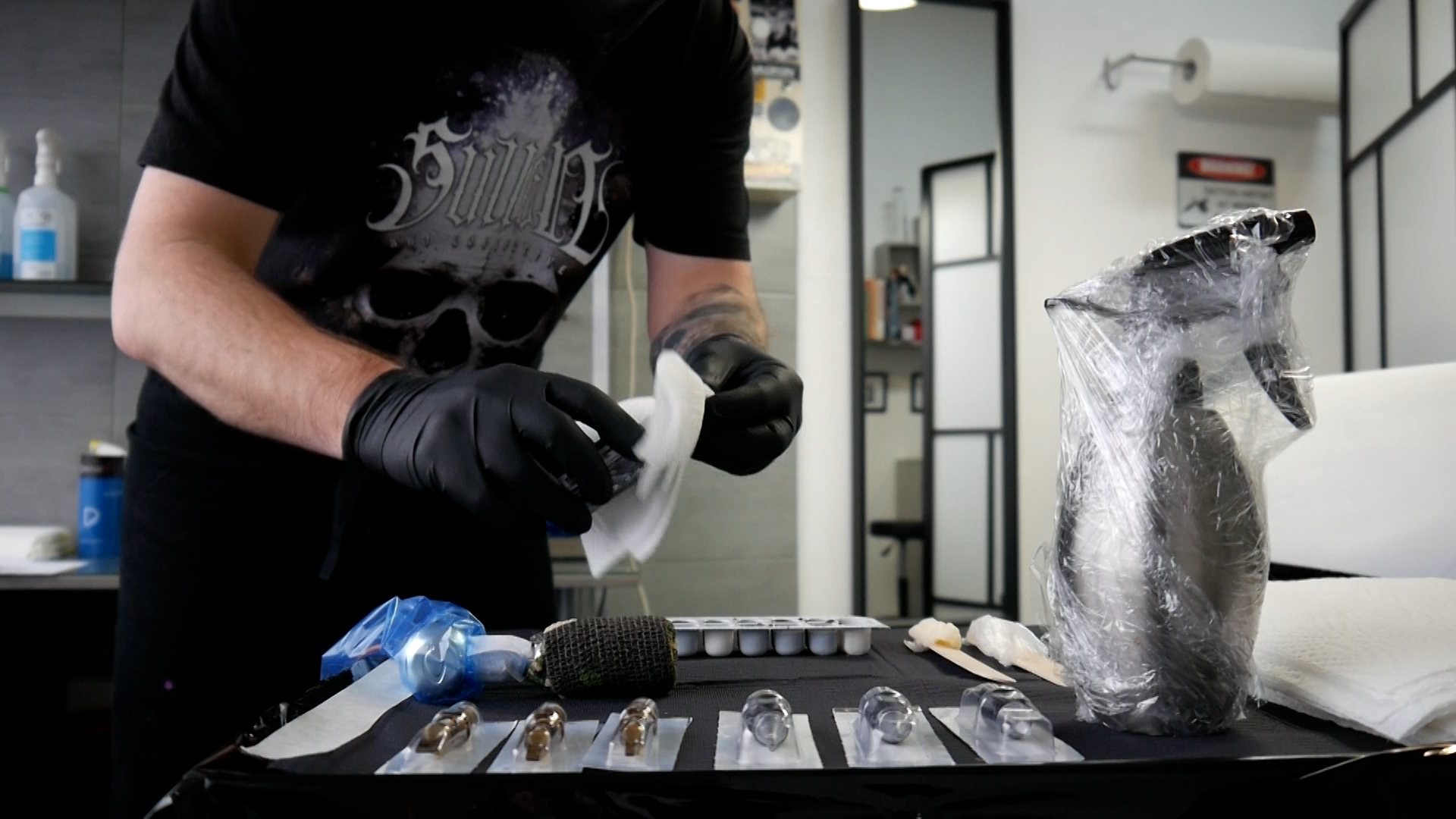 Colored ink is the most affected by the ban but tests on black ink have also revealed the presence of carcinogenic chemicals. /CGTN

Colored ink is the most affected by the ban but tests on black ink have also revealed the presence of carcinogenic chemicals. /CGTN

EU plans for the standardization of tattoo inks have been in the works since 2015. The bloc says manufacturers have had plenty of time to bring new compliant products to the market – and that the rules were necessary.

"Certain chemicals that are contained in the ink mixtures could be dangerous for public health and for this purpose, we have adopted this restriction," Gospodina argued.

To protect European citizens, thousands of hazardous chemicals found in tattoo inks and permanent makeup are now restricted in the EU under the REACH Regulation from January 4. The restrictions cover other products linked to cancer, genetic mutations and chemicals that affect reproduction and sensitive skin.

However, scientific research on whether tattoo inks cause conditions such as cancer remains inconclusive. While there isn't a reported case of cancer caused by tattoo ink, a study by the Australian government in 2016 found that 83 percent of the black inks tested contained a carcinogen called polycyclic aromatic hydrocarbons (PAHs), which is known to cause cancer.

Erich Mehnert said he's not against regulations in principle. But he believes the way these rules have been implemented could do more harm than good.

According to him, backyard tattooists are ordering inks from the internet, which are not subject to any safety controls.

He submitted a petition to the EU parliament after starting a campaign called "Save The Pigments" last October, which had 170,000 signatures. But it was dismissed by an environmental committee.