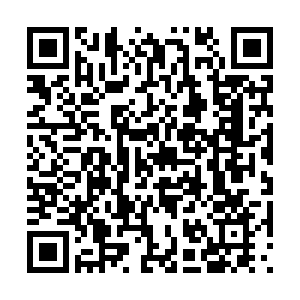 · Italy has made vaccination mandatory for people aged 50 and over, one of very few European countries to make such a move, in an attempt to ease pressure on its health service and reduce fatalities.

The measure is immediately effective and will run until June 15.

· French Prime Minister Jean Castex said that making vaccination compulsory would not be very helpful, and would bring more problems than solutions.

"We already have some difficulties to control the health pass compliance. Those difficulties would be even bigger if we made vaccination compulsory," Castex told BFM TV and RMC Radio.

The French parliament approved the government's latest measures to tackle the virus, including a vaccine pass, offering some respite to President Emmanuel Macron after criticism of his attack on the unvaccinated.

The ruling La Republique En Marche party had earlier this week defended Macron's use of coarse language, after his words drew condemnation from the opposition and mixed reactions from voters.

· Attempts to deal with record waiting lists for UK hospital treatment caused by the COVID-19 pandemic are at risk of being derailed by a staffing crisis, which is being exacerbated by a wave of the Omicron variant of the coronavirus, according to a report by lawmakers.

Hospitals are facing extreme pressure as they try to catch up on months of operations that have been delayed and suspended during the pandemic, as COVID-19 hospitalizations rise once more and self-isolation hits staffing levels.

There is a record 5.8 million waiting list for elective care, the Health and Social Care Committee said, adding that the Omicron surge has pushed cases to record highs and intensified pre-existing issues.

"Our report finds that the government's recovery plans risk being thrown off course by an entirely predictable staffing crisis," committee chair Jeremy Hunt said, adding there was no clear plan to address a burnt-out workforce and 93,000 vacancies in the National Health Service.

· Pfizer expects the latest results from a clinical trial for children under the age of five of the COVID-19 vaccine it developed with Germany's BioNTech by April, a top company scientist said on Wednesday.

In December, Pfizer said it was changing the design of the trial because children between the ages of two and four who were given two 3-microgram doses of the vaccine did not have the same immune response as that generated by a larger dose of the vaccine in older children.

· A group of institutional investors representing $3.5 trillion in assets under management on Thursday called on pharmaceutical companies to link their executives' pay to making COVID-19 vaccines available around the globe.

While the majority of citizens of wealthy nations are vaccinated and many are now receiving booster shots, across the African continent vaccination rates average only around 10 percent.

The World Health Organization has set a target of a 70 percent vaccination rate in every country by July 2022 in order to end the "acute phase" of the pandemic.

· World food prices jumped 28 percent in 2021 to their highest level in a decade and hopes for a return to more stable market conditions this year are slim, the United Nations' food agency said on Thursday.

The Food and Agriculture Organization's (FAO) food price index, which tracks the most globally traded food commodities, averaged 125.7 points in 2021, the highest since 131.9 in 2011.

The monthly index eased slightly in December but had climbed for the previous four months in a row, reflecting harvest setbacks and strong demand over the past year.

Higher food prices have contributed to a broader surge in inflation as economies recover from the coronavirus crisis and the FAO has warned the higher costs are putting poorer populations at risk in countries reliant on imports.

· The world's top-ranked men's tennis player Novak Djokovic will spend at least the next 72 hours in a Melbourne hotel before the next hearing in his fight to overturn a ban on entering Australia is held on Monday.

At a hearing on Thursday, representatives for the Serbian star and for the Minister for Immigration reached an agreement that no move would be made to deport the 20-time Grand Slam winner before Monday's hearing in a Federal court. Djokovic is bidding to defend his Australian Open title. The tournament begins on January 17.

· Paris St Germain's star soccer player Lionel Messi has returned to the French capital after testing negative for COVID-19 and will resume training in the coming days, the Ligue 1 club said.

Messi was among four PSG players to return positive results on Sunday. The 34-year-old had been in Argentina at the time of his result.

The forward, who has won the Ballon d'Or, which recognizes the world's best player, a record seven times, missed the team's 4-0 win away to third-tier club Vannes on Monday in a French Cup round-of-32 match.