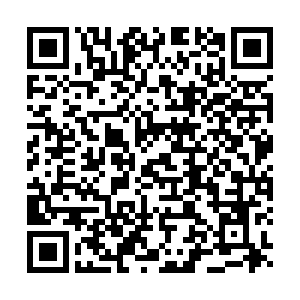 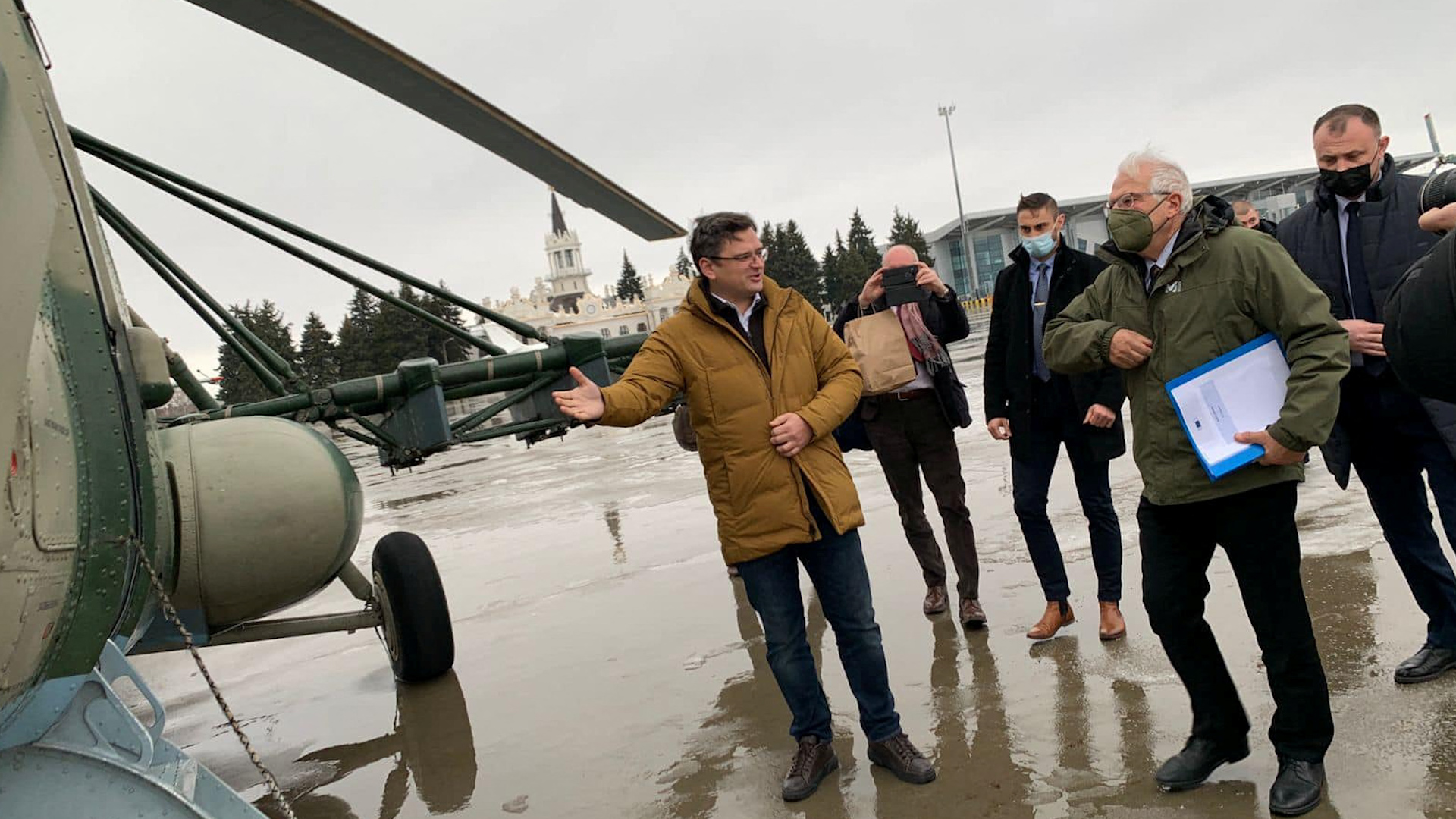 The European Union's High Representative for Foreign Affairs Josep Borrell has called for "de-escalation through dialogue" over U.S.-Russia tensions, insisting "there is no security in Europe without the security of Ukraine."

His comments came during a news conference with Ukraine's Foreign Minister Dmytro Kuleba amid a "critical" trip to the country's eastern region, where Russia-backed separatists are fighting Ukrainian government forces in a war that has claimed more than 13,000 lives since Russia annexed Crimea in 2014.

In recent weeks, there have been renewed fears of a military build-up on the border with Ukraine, where, according to U.S. intelligence, 90,000 Russian troops are positioned on the frontier of its former Soviet neighbor, prompting Western leaders to warn Russia of significant "costs" if those military forces invade. 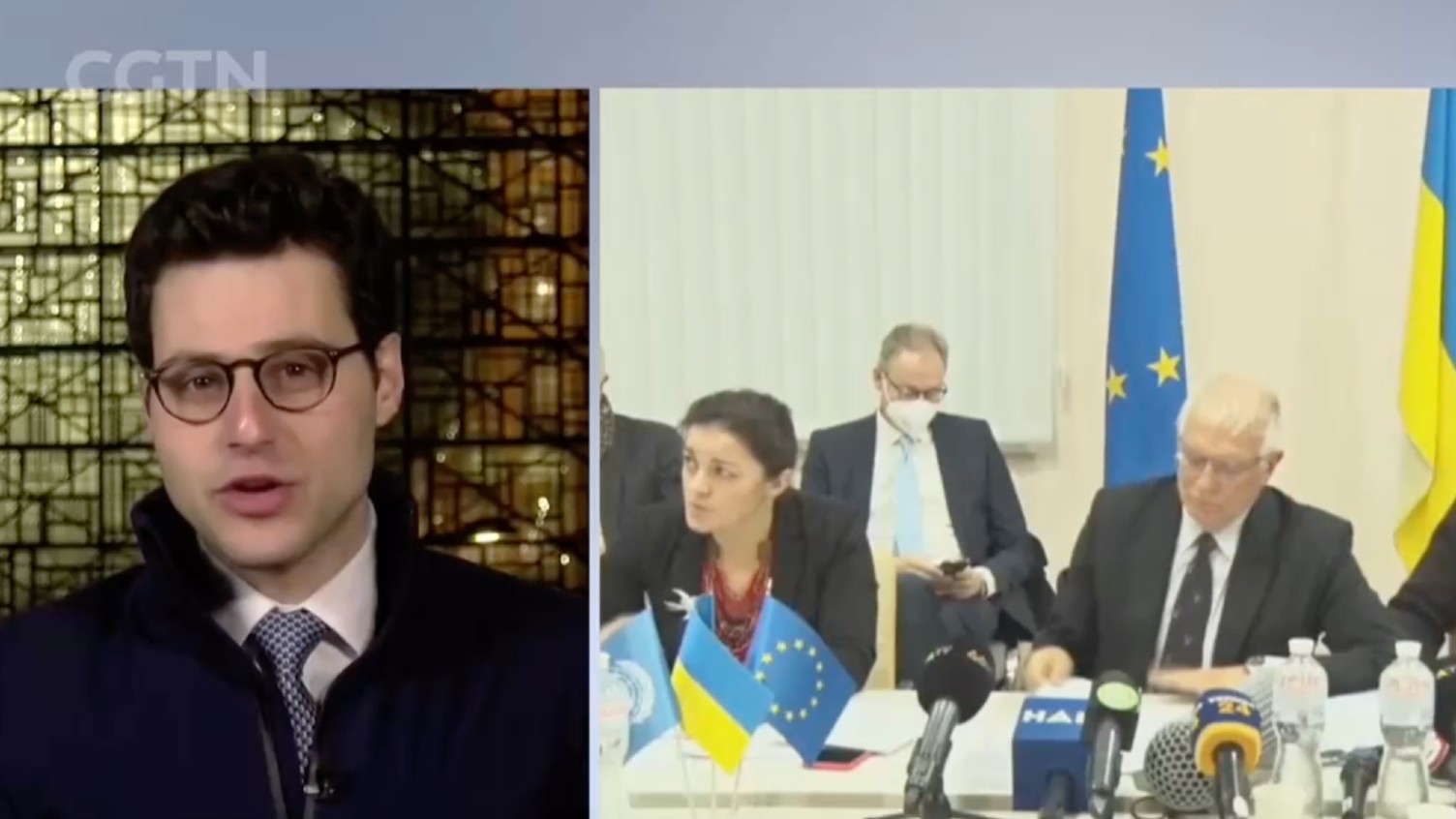 Borrell is the first EU senior diplomat to visit the conflict zone in a show of support "for Ukraine's territorial integrity," and in an attempt to reassert the bloc as a kingmaker in negotiations between Russia and the U.S., over fears that Europe is being sidelined. He said that "any discussion about European security must happen in coordination with and participation of the EU."

U.S. President Joe Biden's administration has sought to assure European allies it will act in conjunction with them, in advance of a series of bilateral and multilateral meetings to address growing unease in the region.

Moscow will hold talks with Ukraine, Germany and France on Thursday, before NATO foreign ministers meet via video conference on Friday. Officials from both the U.S. and Russia then meet in Geneva from Sunday, and the NATO-Russia Council convenes on January 12.

Meanwhile, U.S. National Security Adviser Jake Sullivan spoke with his Nordic counterparts on Tuesday. They discussed their "readiness to impose severe consequences on Russia if it engages in further aggression against Ukraine."

Germany's Vice-Chancellor Robert Habeck is also warning that the Nord Stream 2 pipeline, running from Russia to Germany, could be blocked if there was any new violation of Ukraine's territorial integrity by Russia. 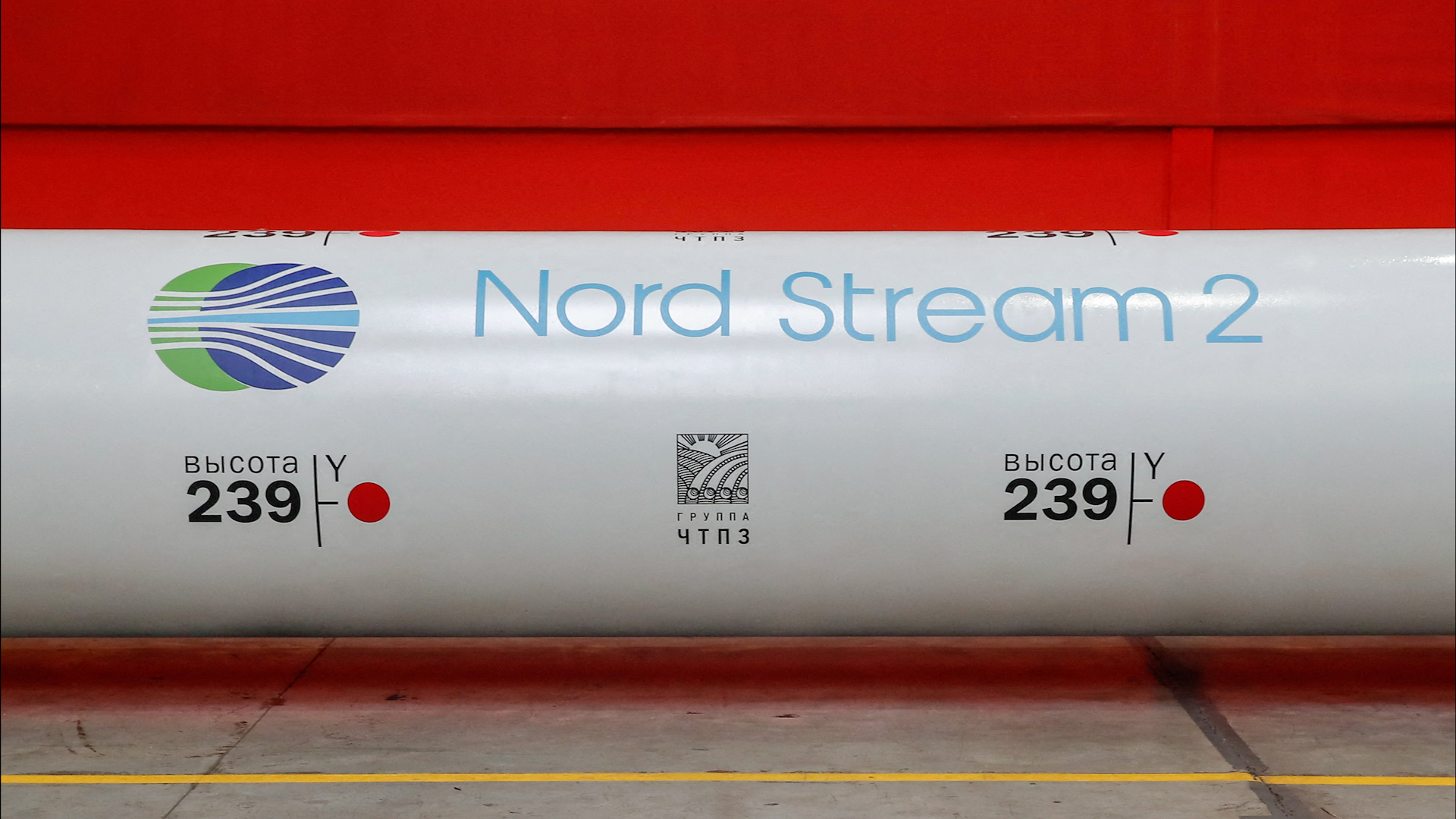 The logo of the Nord Stream 2 gas pipeline project is seen on a pipe at the Chelyabinsk pipe rolling plant in Chelyabinsk, Russia. /Reuters

The logo of the Nord Stream 2 gas pipeline project is seen on a pipe at the Chelyabinsk pipe rolling plant in Chelyabinsk, Russia. /Reuters

The project, which is already constructed, bypasses Ukraine, and critics claim this could further bolster the Russian state. The German regulator temporarily suspended its approval process late last year. European gas prices surged by 30 percent on Tuesday due in part to low supplies from Russia.

Russia's President Vladimir Putin has issued demands to NATO to end military support for Ukraine and all Western military activity near Russia. Putin previously told Biden that imposing new sanctions over Ukraine could lead to a complete breakdown in relations.