A new ban on colored ink for tattoos has come into force across the European Union on Tuesday, officials confirmed, despite opposition from tattoo artists across the bloc.

The move follows a health assessment from EU experts that found that the chemicals used in most pigments for tattoo ink contain dangerous substances – such as azo dyes, aromatic amines, polycyclic aromatic hydrocarbons, metals and methanol – that can cause cancers, skin allergies and other health issues.

"The protection of public health of European citizens is our primary concern, and hazardous chemicals in tattoo ink can represent such a concern," Commission spokesperson Sonya Gospodinova told journalists as the ban became effective.

All 27 EU member states agreed on the new regulation in mid-2020, but the ban has yet to be applied across the entire bloc. At the moment, the regulation is only effective in Belgium, France, Germany, the Netherlands, Spain, Slovenia and Sweden. 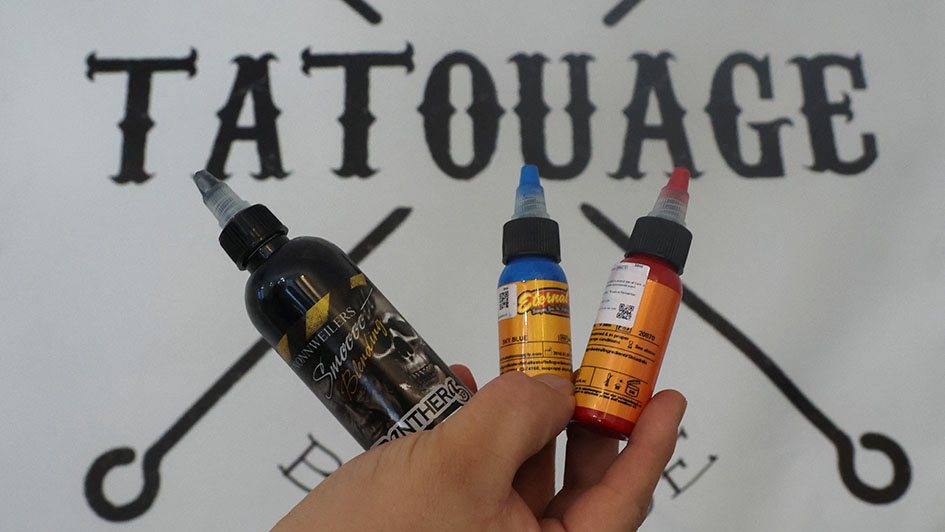 The centuries-old art of tattoos has been really booming in the past few decades, with the number of people getting tattooed rising significantly, especially among younger generations.

According to the European Commission, tattooing is a phenomenon that now involves more than 60 million Europeans, with statistics showing that 12 percent of EU citizens are tattooed, a number that could double among young adults.

The way tattoos traditionally work is through an injection of ink through the dermis – the second and thickest of our three layers of skin.

Tattoos are supposed to last forever, a characteristic that intrinsically puts the skin into close contact with chemicals for an awfully long time. The European Commission argues there aren't yet enough large-scale data to fully judge the long-term impact of these chemicals on our health, but several reports have found a link between tattoos and the development of skin infections, skin disorders and cancers.

These same chemicals contained in tattoo inks are the same "hazardous" substances banned in cosmetic products and, according to the Commission, there's no reason why these should exceptionally be allowed in tattoo inks.

How has the industry taken the ban?

Tattoo artists have expressed their concern that the new ban will significantly hurt their industry, despite the European Chemicals Agency saying that retailers and consumers would be unlikely to see price rises as a result of the ban.

The main issue raised by tattoo artists is that replacements for pigmented inks aren't easily available and even when they can be found they might not provide the same vibrant colors the now-banned inks offer.

"It's ridiculous. It's like taking the flour from a bakery, it's a stupid as that. If we don't have any colors or ink to work with, what are we going to work with?" star tattoo artist Tin-Tin, who heads the French tattoo industry union SNAT, told Reuters.

In order for tattoo artists to find alternative replacements, the EU has given a grace period of one year to two colors, blue and green. 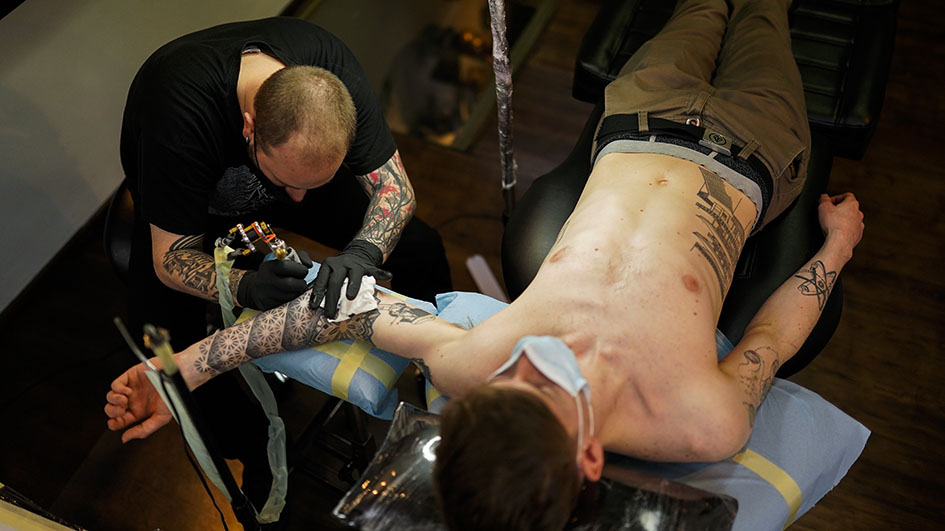 A man, wearing a protective face mask to prevent the spread of the coronavirus, is tattooed at Paul and Friends tattoo parlour in downtown Brussels, Belgium. /AP/Francisco Seco, File

A man, wearing a protective face mask to prevent the spread of the coronavirus, is tattooed at Paul and Friends tattoo parlour in downtown Brussels, Belgium. /AP/Francisco Seco, File

But tattoo artists also complain about the restriction to their artistic freedom and the lack of conclusive research that informed the ban, saying there's not enough proof showing these chemicals are inherently bad for people's health.

Amsterdam-based tattoo artist Tycho Veldhoen told AP the ban on colored inks was a terrible loss for their work, saying that "like a painter, you suddenly lose a gigantic part of your palette."

The ban also comes at a time when the tattoo industry is still recovering from a tough time of losses and closures during the pandemic.

"It has been announced [ahead of time] but we had nothing to prepare," Angelo Bedani, owner of the Boucherie Moderne tattoo parlor in Brussels, told AP.

"The new inks have just been available from last week, so it may be all right but we don't know how to deal with it now, so I don't know. [...] It is going to be complicated for us as we can no longer use the ink that we have, allegedly, so we will have to buy everything new, and a bottle costs double the ones we have today," he added.

There's also currently a legal way out of the bloc's ban, just across the Channel: the new EU ban doesn't apply to the UK, a fact that would technically allow European tattoo artists to still work with colored inks as guest artists in Britain.

But the British government has announced it will also soon launch an inquiry into the health risks associated with the chemicals in some inks. 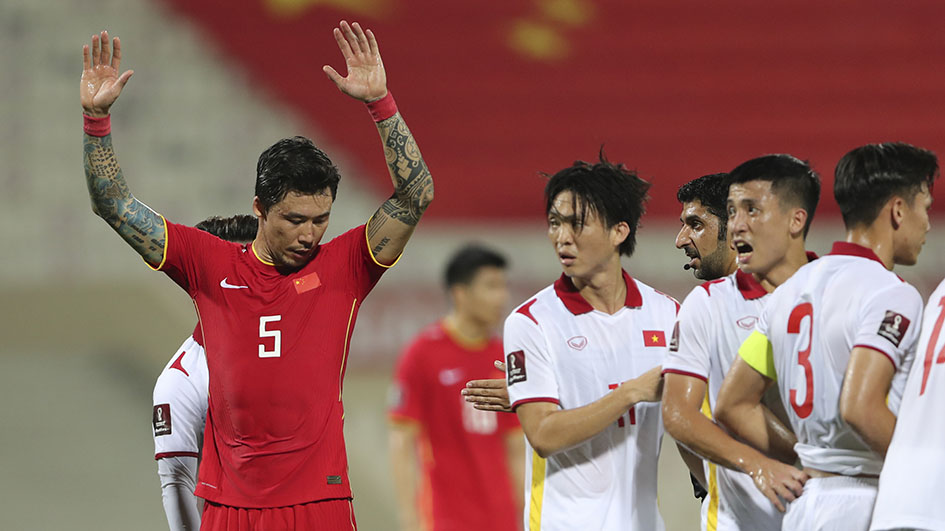 China's Linpeng Zhang, left, shows his tattoos as he gestures during the World Cup 2022 group B qualifying soccer match between China and Vietnam at Sharjah stadium in Sharjah, United Arab Emirates in October 2021. /AP Photo/Kamran Jebreili/

China's Linpeng Zhang, left, shows his tattoos as he gestures during the World Cup 2022 group B qualifying soccer match between China and Vietnam at Sharjah stadium in Sharjah, United Arab Emirates in October 2021. /AP Photo/Kamran Jebreili/

Tattoos have been around since the Stone Age, research has found, but their history has not always been one of popularity and mainstream success.

In different historic times, tattoos have been the trademark of criminals, pirates and gangs; during colonialism, traditional body art was stigmatized as "uncivilized."

The weight of these associations is hard to shake off and it still influences how tattoos are perceived today in certain cultures, or within certain age cohorts.

A new regulation launched in China in late December 2021 forbids Chinese soccer players from having tattoos and recommends removing the ones they might already have.

Specifically, the country's General Administration of Sport "strictly prohibited" recruiting new players with tattoos at the national level and the youth leagues, in order to set "a good example."

In Chinese culture, tattoos are traditionally associated with crime and body art is still a mark of organized crime groups in East Asia.