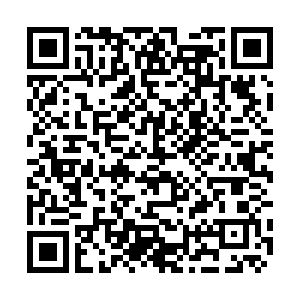 MPs in France are debating whether to bar the unvaccinated from large parts of public life as they scrutinize legislation introducing controversial 'vaccine passes.'

The prime minister spoke in parliament on Tuesday, criticizing a delay to parliamentary procedure after a sudden suspension of the debate session on Monday.

Jean Castex scolded "certain MPs who maneuvered to put the brakes on”.

He said "the virus is accelerating, we cannot put the brakes on, it is irresponsible.”

Opposition MPs joined forces on January 3 to vote to suspend the debate, as not enough of President Macron's party were present to vote to continue the discussions.

The government spokesman lashed out at a "procedural coup" by opposition lawmakers.

Gabriel Attal said they wanted to "derail the calendar" for the vaccine pass for purely political reasons.

The government wants the new legislation to be implemented from January 15.

On Monday, opposition politicians denounced what they described as a "badly organized" debate and a failure of the government "to be able to control their own MPs".

The legislation being debated would see the current health pass replaced with a so-called vaccine pass.

Currently, you have to show your health pass in France to access cafes and restaurants, theaters and cinemas, swimming pools and gyms, and to be able to board long-distance trains.

The French health pass is used to show proof that you are fully vaccinated, or have had a recent negative test, or have recently recovered from having had COVID-19.

The government wants to remove the test criteria and so only allow people who are fully vaccinated to access places like bars, museums, and sports centers.

Several members of Emmanuel Macron's party, En Marche, have received death threats from online abusers over the MPs' support for the proposed legislation, which has been criticized by opposition lawmakers as an infringement of personal privacy and liberty.

It comes as France recorded a fourth consecutive day of more than 200,000 new infections, amid a surge in cases of the Omicron variant of the coronavirus.