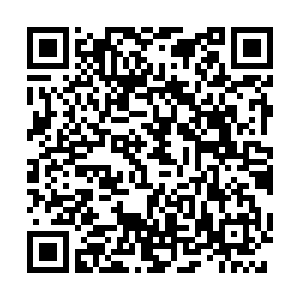 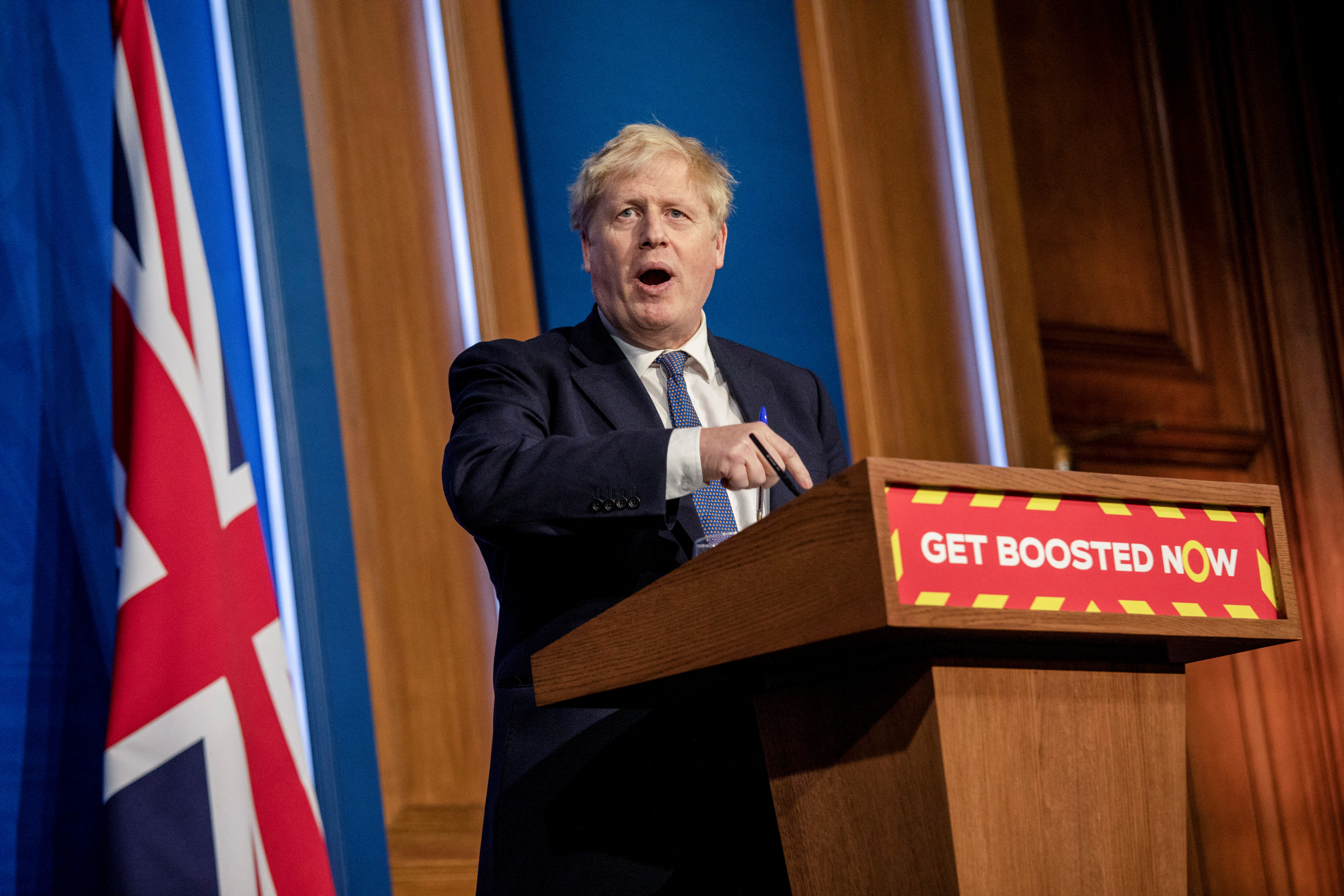 UK Prime Minister Boris Johnson is due to face lawmakers in parliament on Wednesday afternoon and defend his decision to "ride out" the wave of the Omicron coronavirus variant in England.

On Tuesday, the UK recorded 218,724 cases of COVID-19, the first time it's passed the 200,000 mark in daily reporting figures. But the data covered a four-day period in Northern Ireland and two days in Wales, with delays in reporting down to recent public holidays.

Johnson will appear at the weekly Prime Minister's Questions when parliament reconvenes on Wednesday. It's been in recess since December 16 for the winter break. 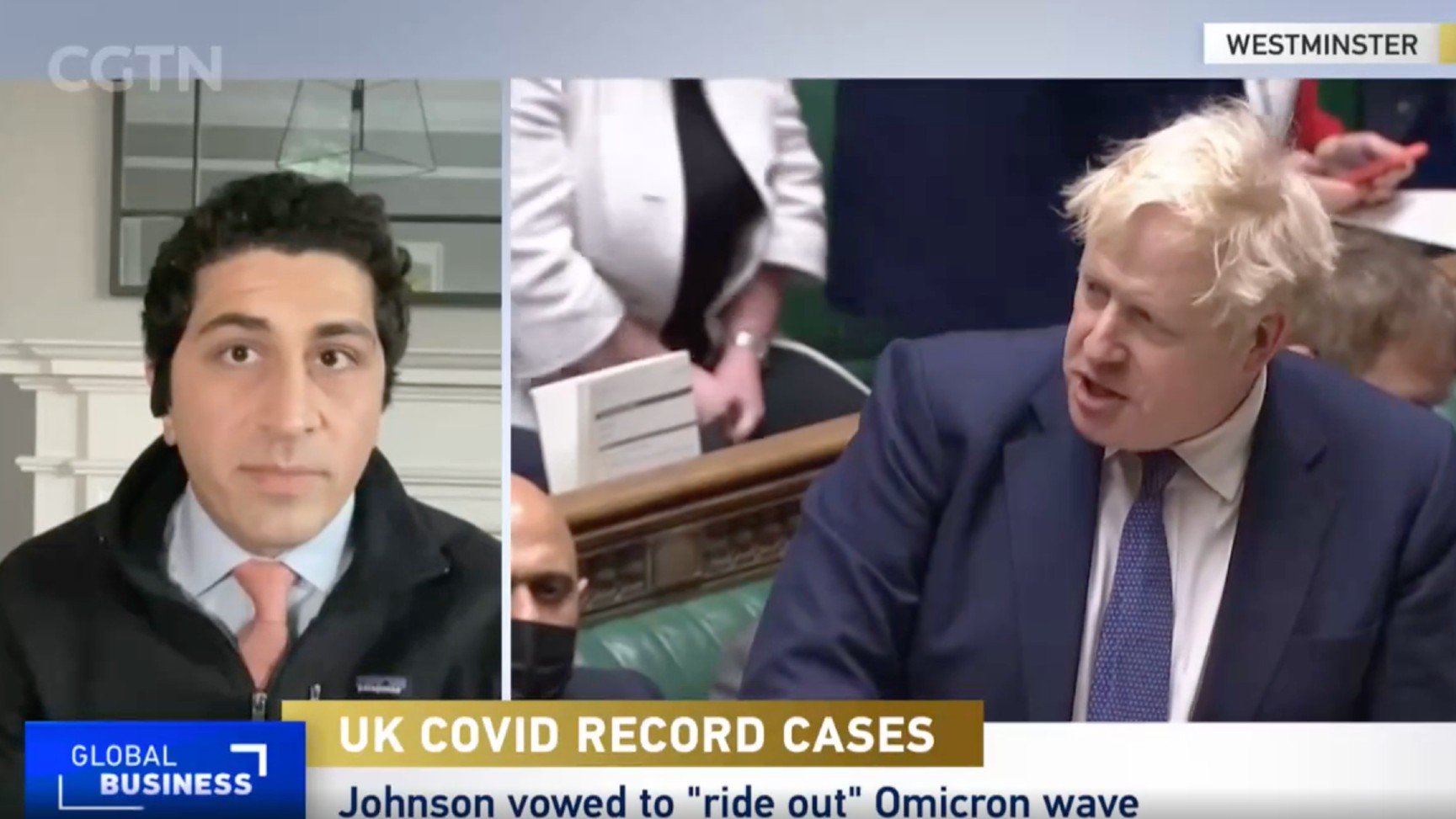 The leader of the opposition, Keir Starmer, won't be there though as he's self-isolating for a sixth time after he tested positive for COVID-19 on a second occasion.

Many of the PM's colleagues in his Conservative Party are likely to welcome the move not to introduce further restrictions, which they say will damage the economy and impinge on personal freedoms.

But on the front line, a growing number of hospitals say they are becoming overwhelmed with the spread of Omicron and staff shortages.

Around a dozen hospital trusts in England have declared a critical incident, meaning they are worried about their ability to offer even essential services such as emergency care and cancer treatment.

Others are also struggling – 17 hospitals in Greater Manchester are pausing some non-urgent appointments and surgeries to help cope with increased pressure, with around 15 percent of staff off sick or isolating due to COVID-19.

Early January is usually the busiest time of year for hospitals and government officials are expecting the pressure to increase on the National Health Service (NHS) in the next few weeks.

UK minister of state for care and mental health, Gillian Keegan, told the BBC that critical incidents were part of the "tried and tested" plans put in place every year to protect the NHS.

Other parts of the economy are also feeling the impact of staff shortages, including schools and public transport. Keegan said around a million people are currently thought to be self-isolating in the UK.

In a bid to reduce the disruption, the prime minister has announced plans to test 100,000 key workers every day, such as police, emergency services and border force staff.

And officials have announced that anyone testing positive using a lateral flow test in England will no longer need to confirm the result with a PCR test. That should enable people who are asymptomatic – thought to be around 40 percent of cases – to start and end self-isolation periods sooner.

The government is also reportedly set to drop the need for pre-departure tests for those returning to the UK after international travel.

The move was introduced around a month ago to try to stop the spread of Omicron. But with the variant already widely circulating in the country, its effectiveness has been questioned.

Trade body Airlines UK said the move had little impact on stopping the variant and extra testing was costing the aviation sector more than $80 million a week.