Download
What stories resonated for our correspondents around Europe this year?
Elizabeth Mearns 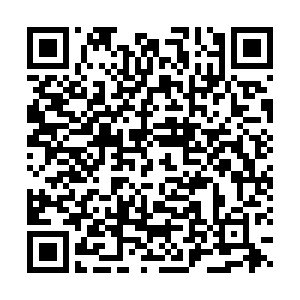 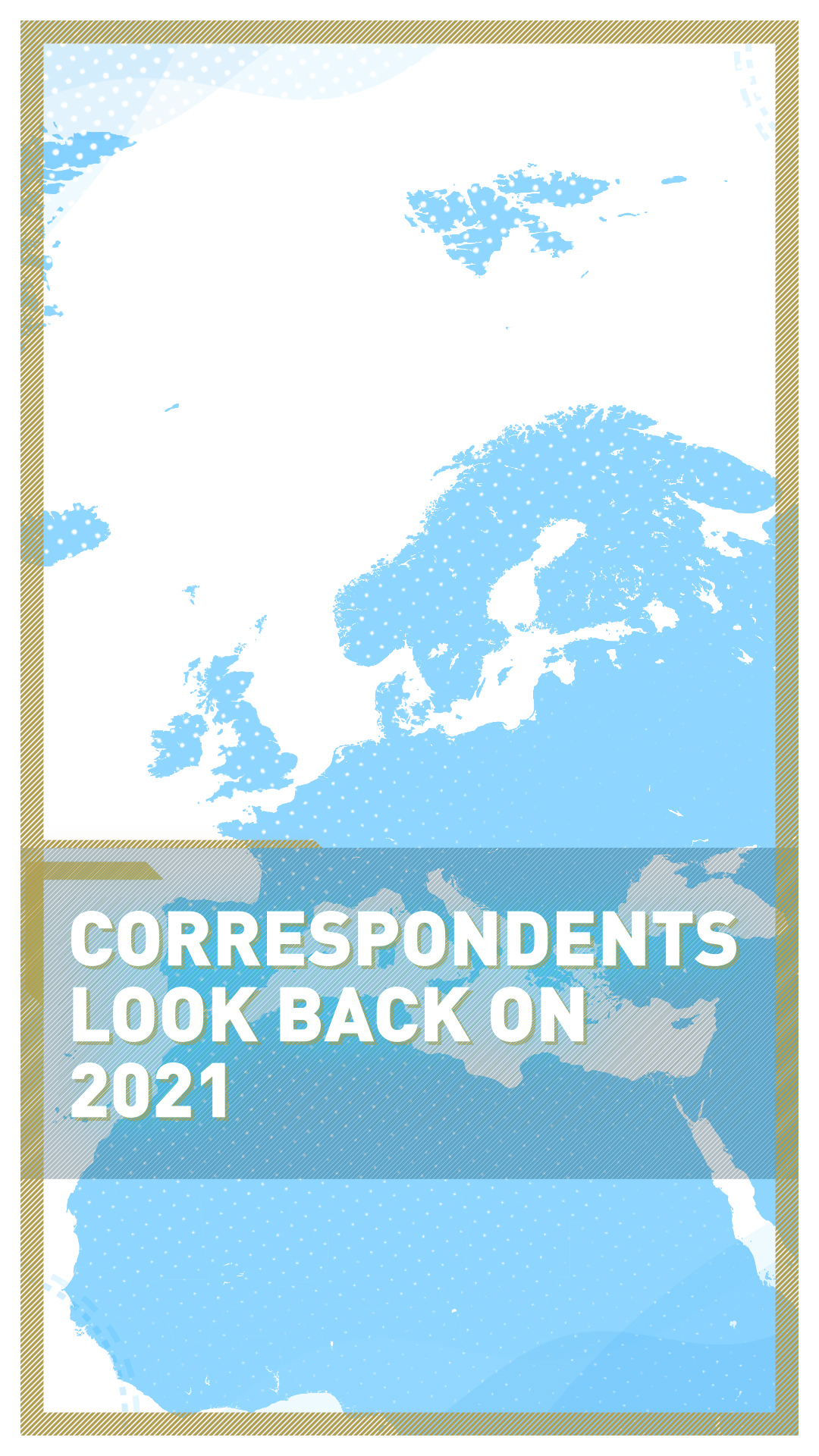 What stood out for me is the biggest story of 2021? Well, supply chain issues. I was talking to a fund manager friend of mine, and they were really excited to have their first transatlantic flight to see clients face-to-face since travel restrictions lifted. And they looked out the window as the plane came into land and the view was of a long line of container ships queuing to get to port to unload. This has been a year of stuff stuck in transit.

Back in March, that enormous container ship Ever Given got wedged in the Suez Canal. There were huge repercussions. There were hundreds of vessels that got stranded on either side and it went on for an awfully long time. They say the cost to international trade was about 15 percent of it at $9.6 billion a day. It's just extraordinary, and all kinds of businesses were affected – transport, manufacturing, retail, not to mention insurance. 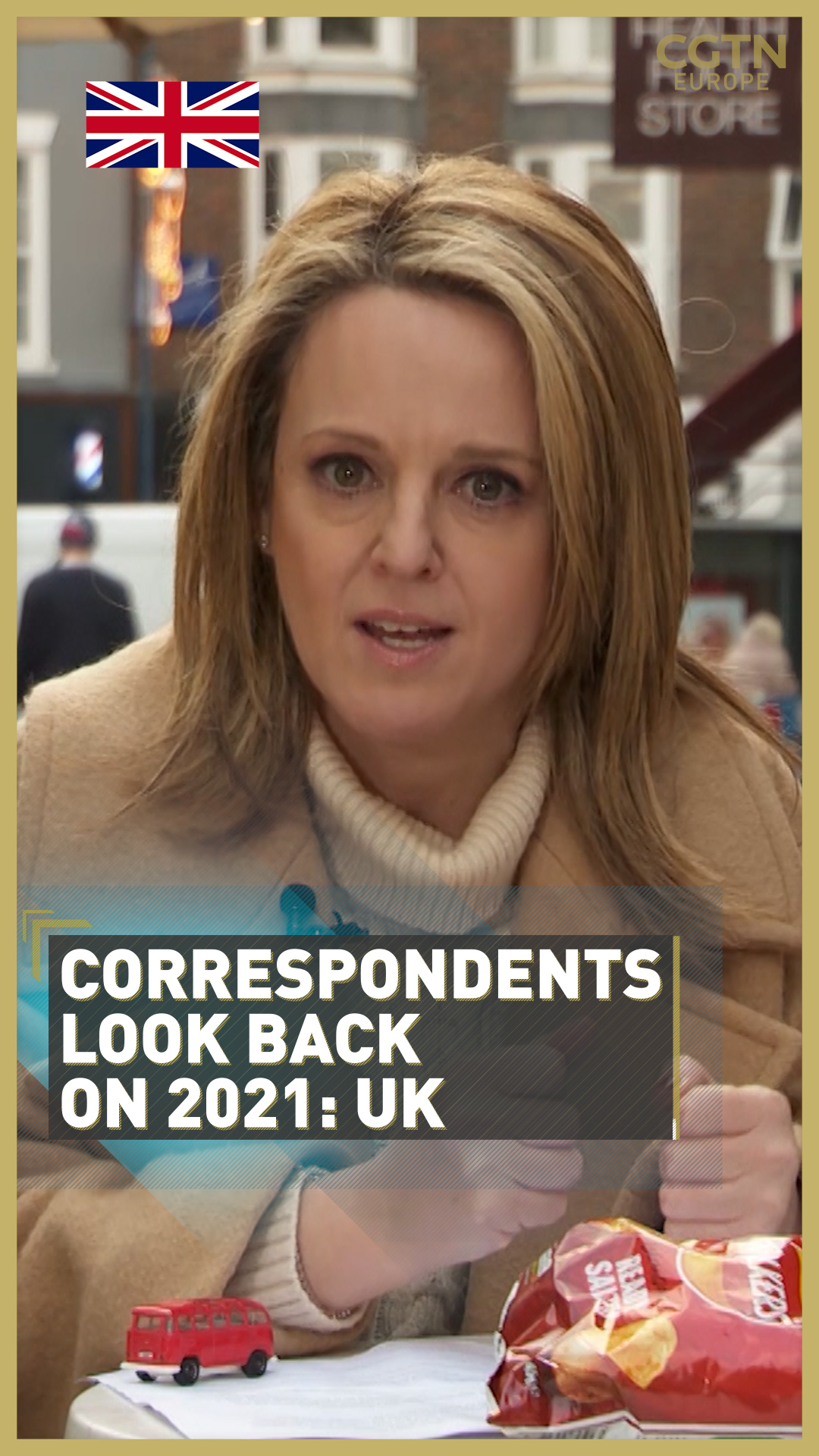 Strains in global systems like dated infrastructure, a lack of investment, slow digitization – they've all been exacerbated by the pandemic, and by Brexit, another reason for the severe shortage of truck drivers in the UK.

So, while oil producers were pumping, fuel stations ran dry. I remember driving to six different petrol stations and then queuing for two hours when I found one that was open to fill up my car. And if you've had any DIY or home renovations planned, you might have found that the shortage of timber has been a problem holding things up. Supply has really, really shrunk there, and that's hit the whole construction industry. 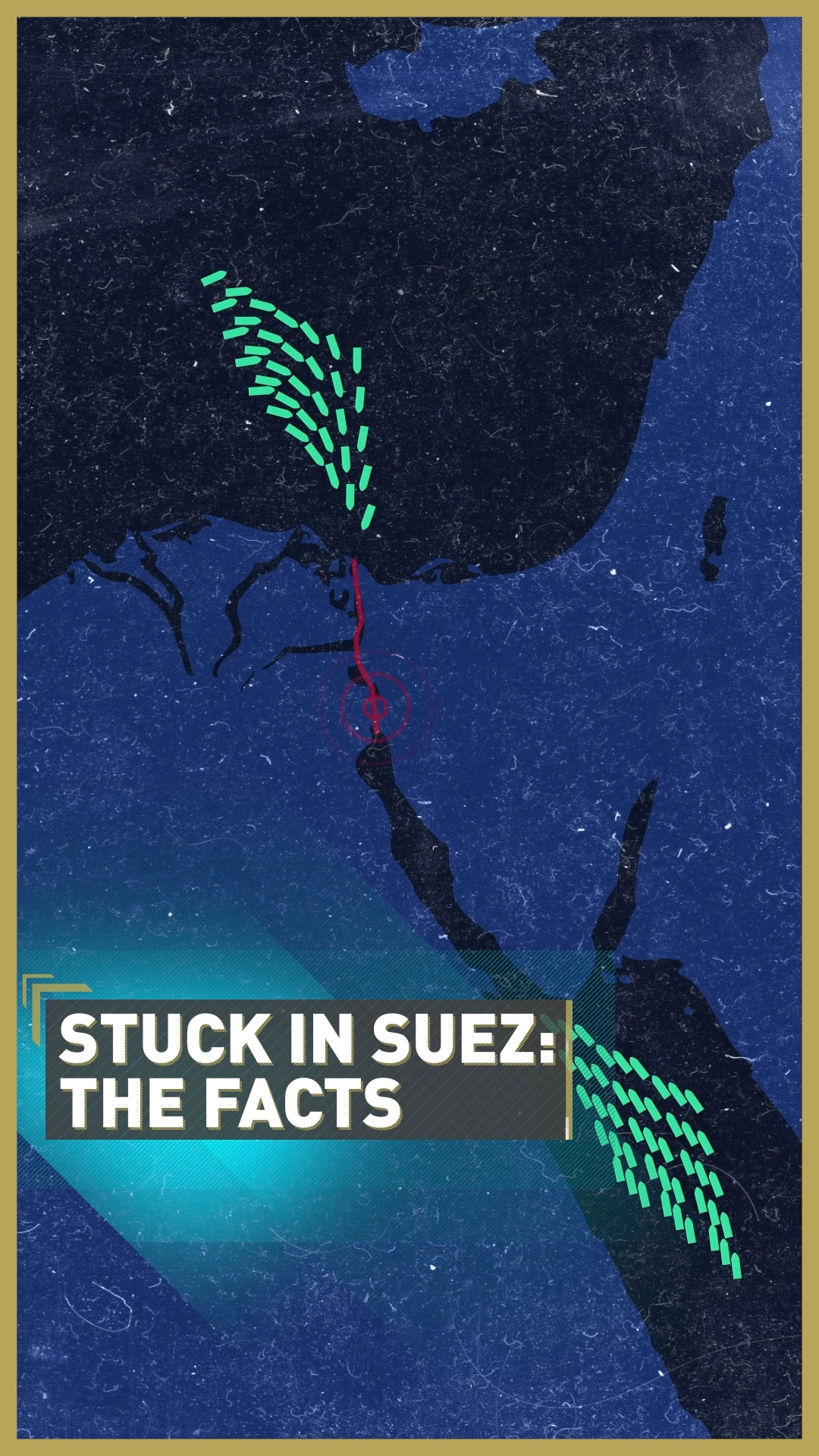 The story that really connected with me in 2021 was the U.S., when it reopened its borders to travelers from Europe and other parts of the world after months and months of restrictions. Families who had been separated for such a long time had been campaigning under the hashtag #Loveisnottourism. And when the travel restrictions were finally lifted in early November of 2021, we saw videos on social media of families and couples who had been separated for so long hugging and being reunited in arrivals lounges all over the U.S. 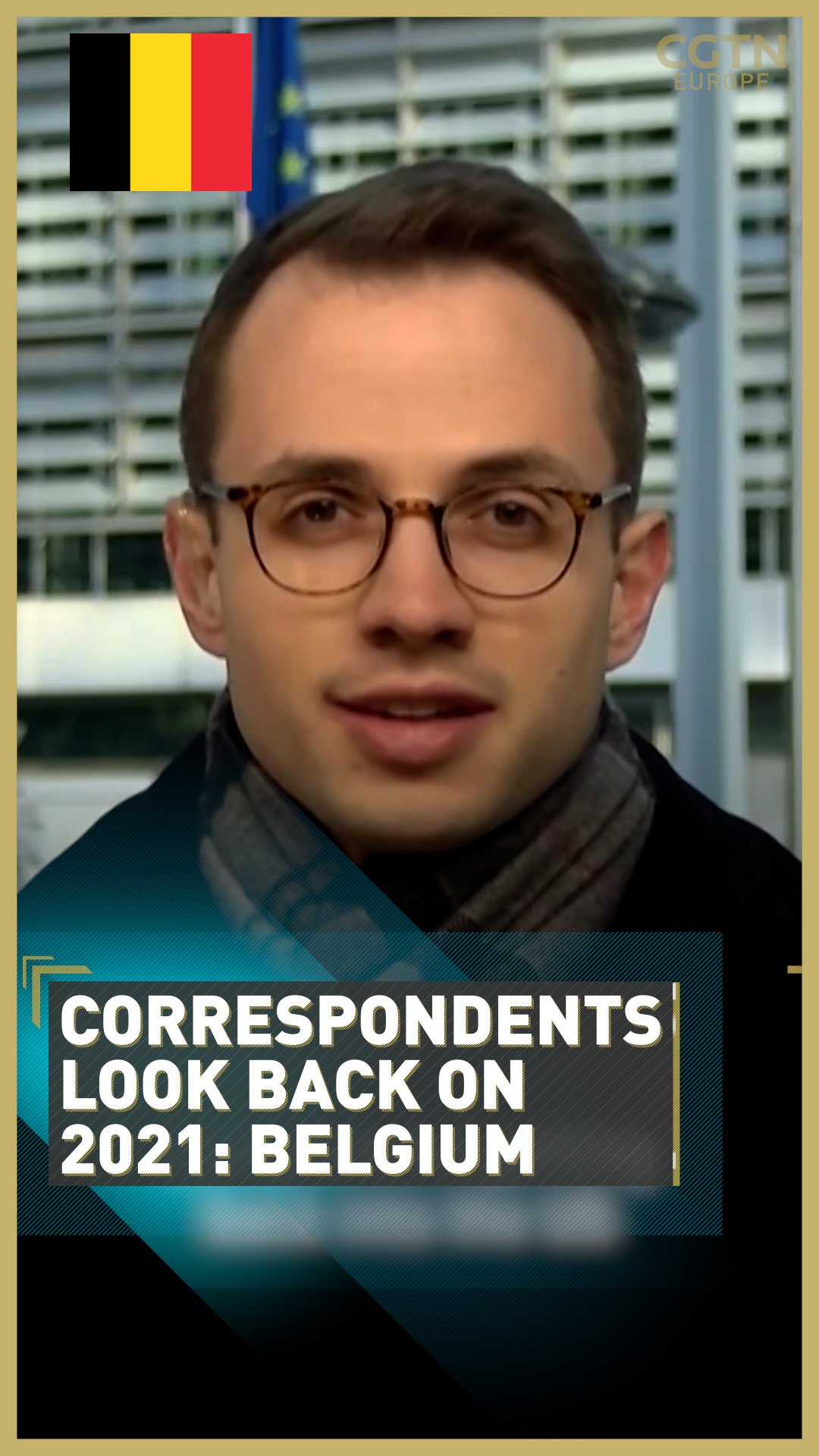 This story really connected with me on a personal level because I experienced it in reverse. Until the late summer of 2021, I was based in the U.S., in Washington, D.C. and just because it was really complicated to get back into the U.S. as a foreign citizen, I didn't see my family or friends for well over a year.

Unfortunately, with this new Omicron variant, it does seem that countries are starting to batten down the hatches again, so in 2022 families could start being separated once again by international borders and by this deadly virus. 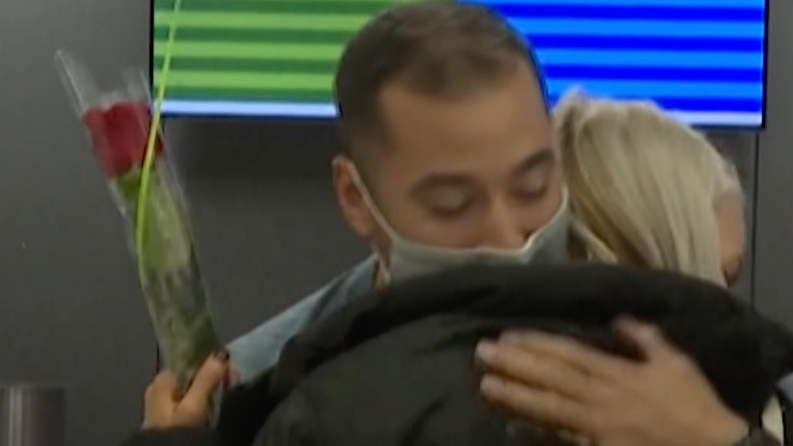 Europeans and citizens from around the world were finally united with their family in the US in November. /Reuters

Europeans and citizens from around the world were finally united with their family in the US in November. /Reuters

Staying together against the odds - Rahul Pathak, Spain

The story that had a big impact on me personally was the Kohistani family, who fled Kabul following the return of the Taliban to power.

Those extraordinary pictures we saw of people trying to get out of Kabul airport. They were on one of those transport planes and they made it to Spain and we followed their arrival in the country and their subsequent attempts to find asylum in Europe. 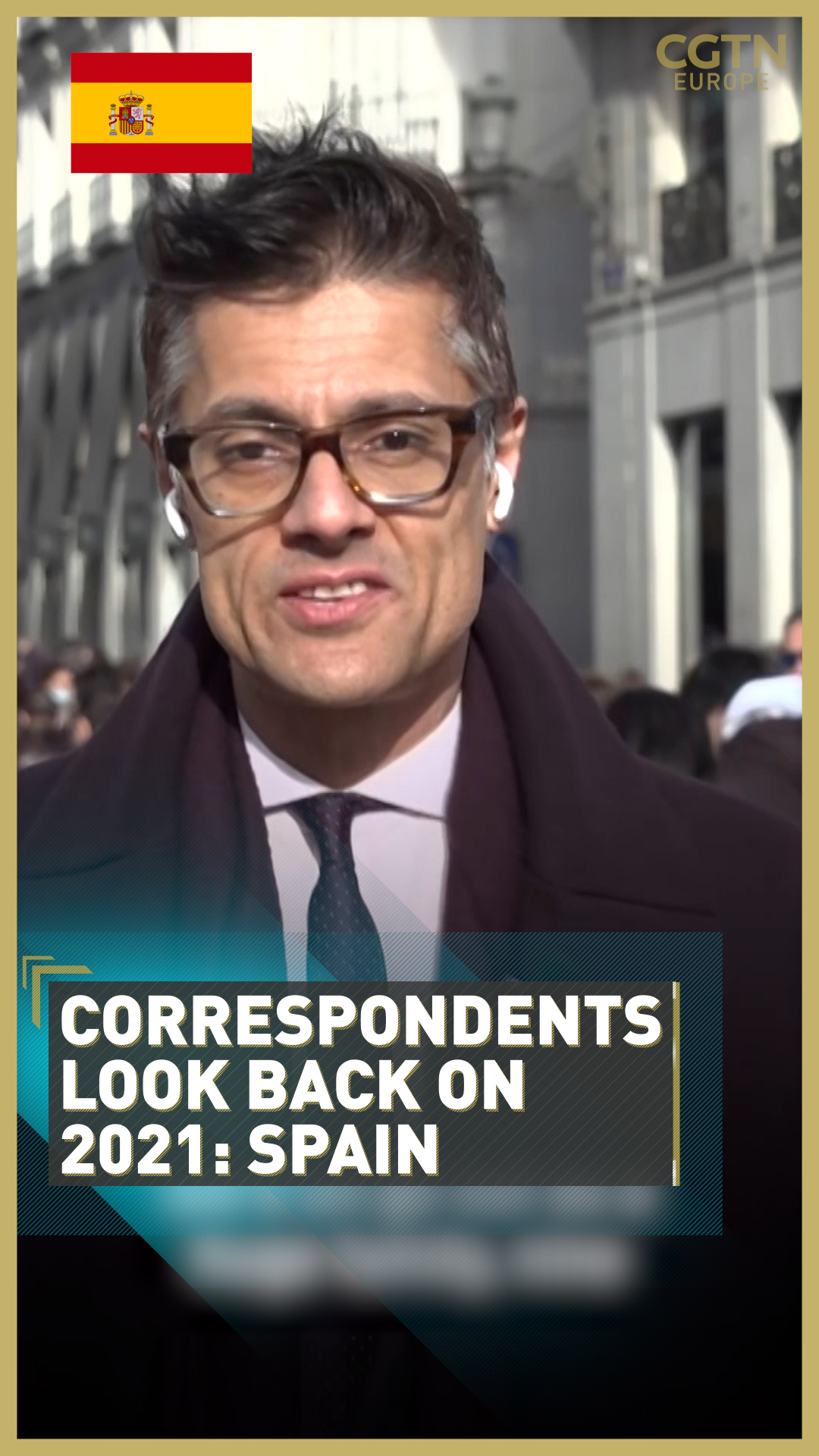 The matriarch of the family, Noorzia Kohistani, used to be a spokesperson for the previous government on women's rights and that made her a potential target with the Taliban coming back into power.

Noorzia wanted to keep her family together and was terrified they were going to get split up because they would get asylum in different countries. But as it turned out that they've all managed to settle in Spain. So good news for them but many people back home in Afghanistan not quite so lucky. 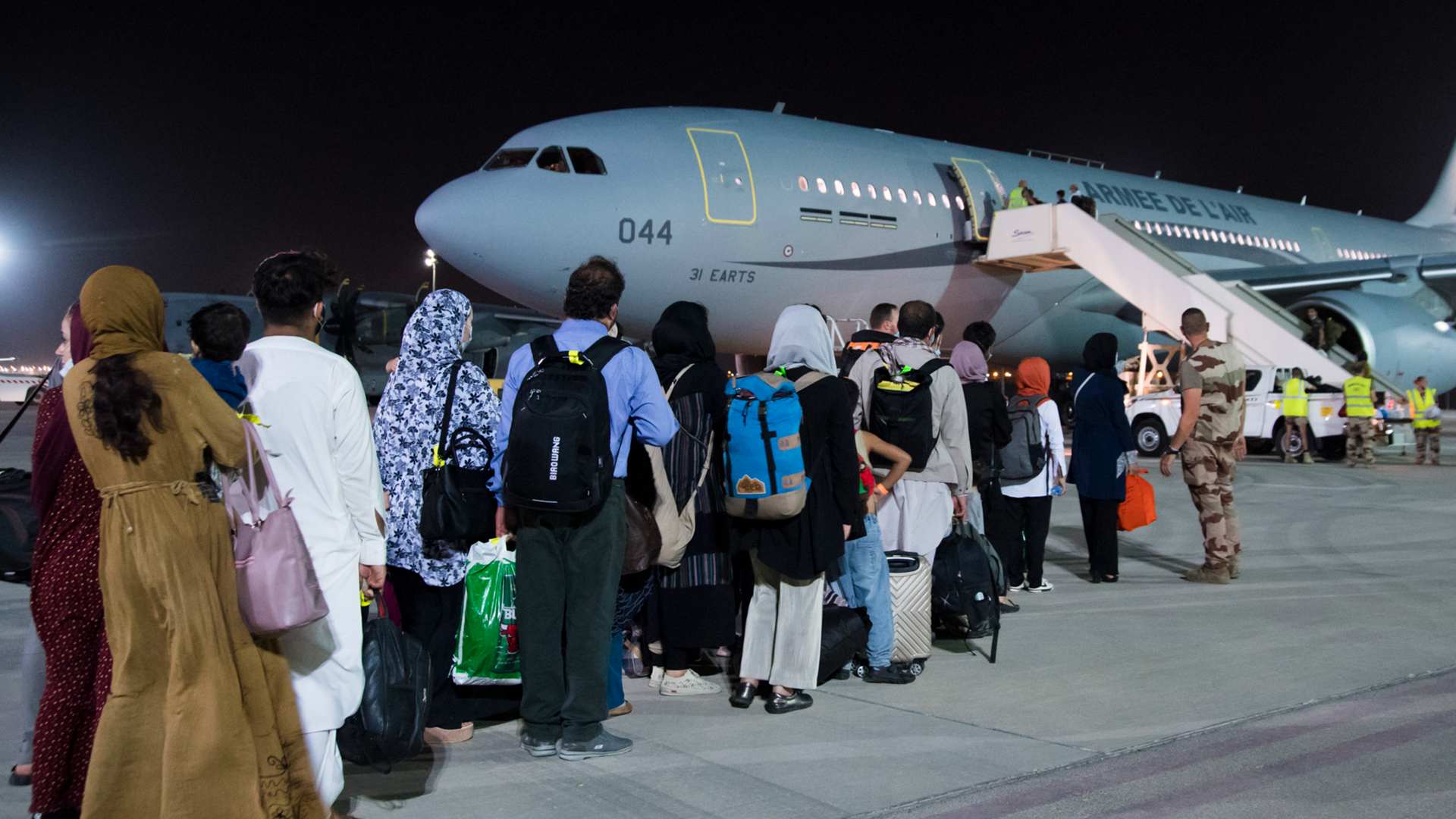 Afghan refugees wait to board a flight to Europe as the Taliban takes back control in Kabul. /Reuters

Afghan refugees wait to board a flight to Europe as the Taliban takes back control in Kabul. /Reuters

With the eurozone economy really at a standstill, shops were shut and hospitality was on hold. If you looked at air travel, those planes were no longer taking to the sky. And every time it seemed like we were going to make some progress away from these surging infections, there was bad news just around the corner, and it became increasingly hard to predict when Europe's economy would be able to reopen.

That did finally happen in June, with at least a partial reopening here in Europe's largest economy in Germany, joining other economies that had reopened just weeks earlier, like France, Italy and Spain. What's interesting to note here is Europe's economy really came surging back, fighting back after what was an incredibly tough time. 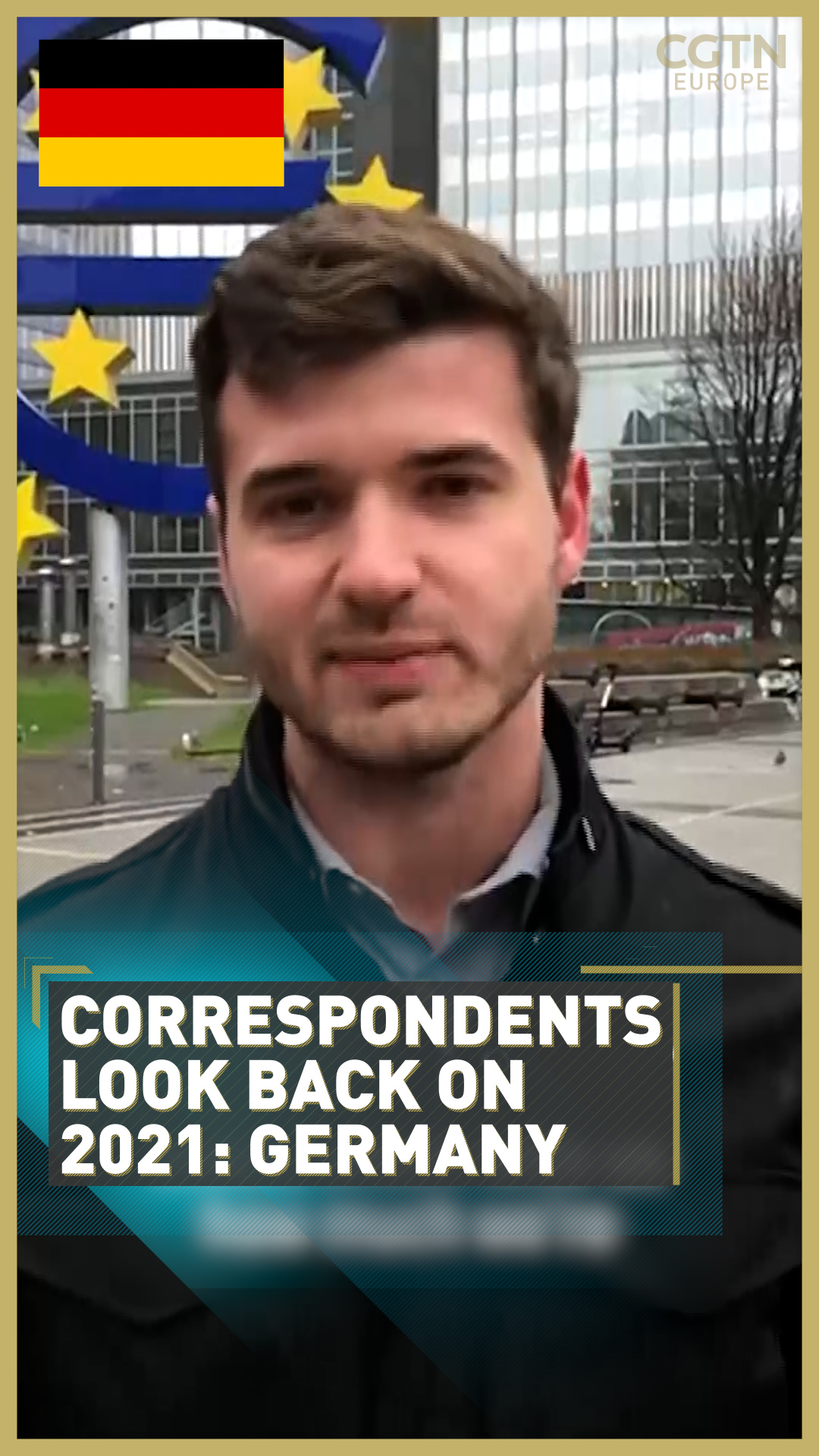 The euro area saw growth that topped the U.S. and China over the summer, with investment really booming, unemployment falling and the EU was able to reach its target of having over 70 percent of adults vaccinated, something rarely seen in some other parts of the world. 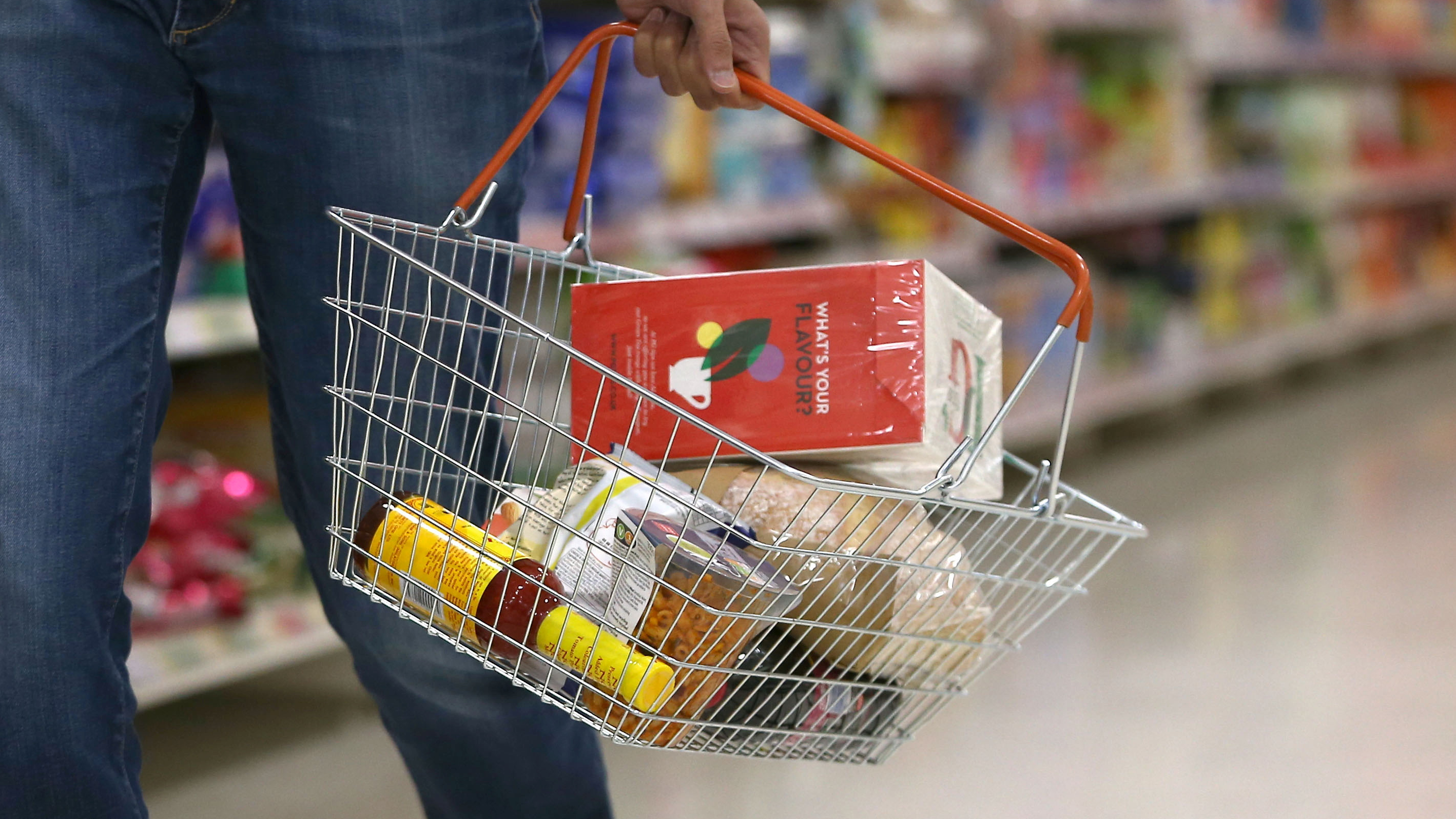 Aside from the COVID 19 pandemic, 2021 saw the outbreak of the worst diplomatic crisis ever between France and the U.S.

This all goes back to 2016, when France signed a deal with Australia to provide it with submarines. Five years on and Australia abruptly canceled that contract and, as far as France saw it, went behind France's back to sign a new deal with the U.S. and the UK. 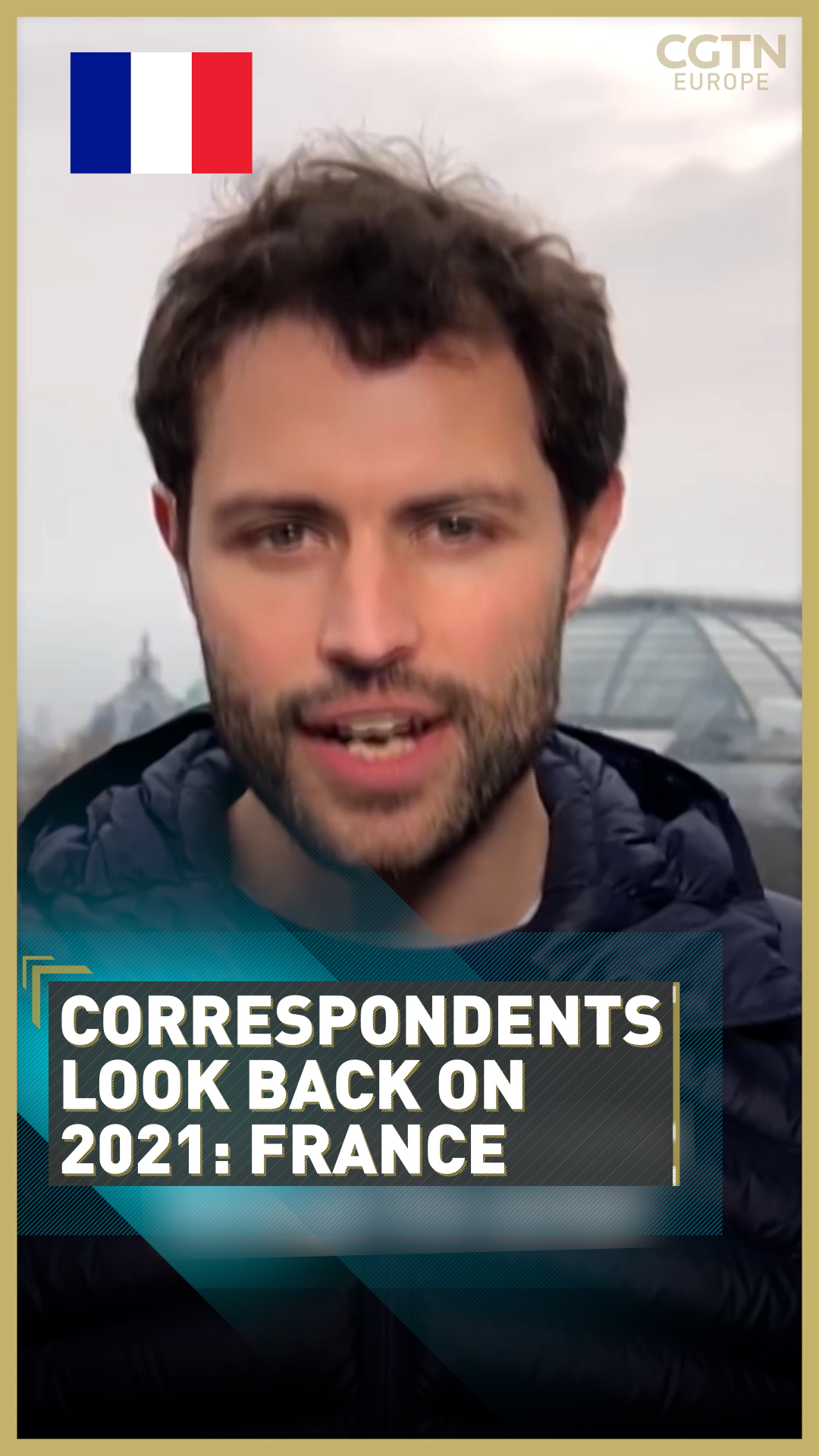 When France found out, it was outraged. We heard remarks from the French foreign minister, the French president – 'treason', 'betrayal', 'lying' – and relations between Washington and Paris plummeted.

France recalled its ambassadors from Australia and the U.S. and it was only after a period of reflection, mediation and some face-to-face meetings by Presidents Joe Biden and Emmanuel Macron that the relationship started to be repaired. 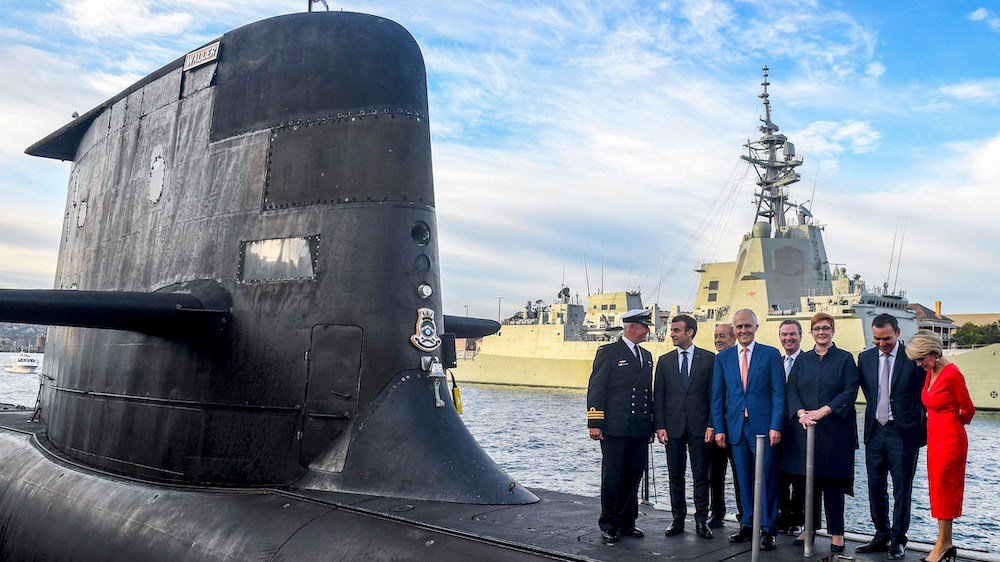 France's and Australia's leaders pose on an Australian submarine in 2018, when the deal between the nations was still alive. /Brendan Esposito/AFP

France's and Australia's leaders pose on an Australian submarine in 2018, when the deal between the nations was still alive. /Brendan Esposito/AFP