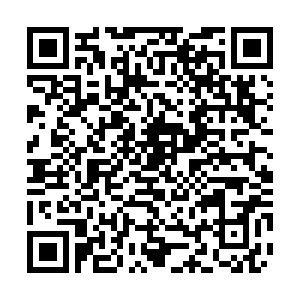 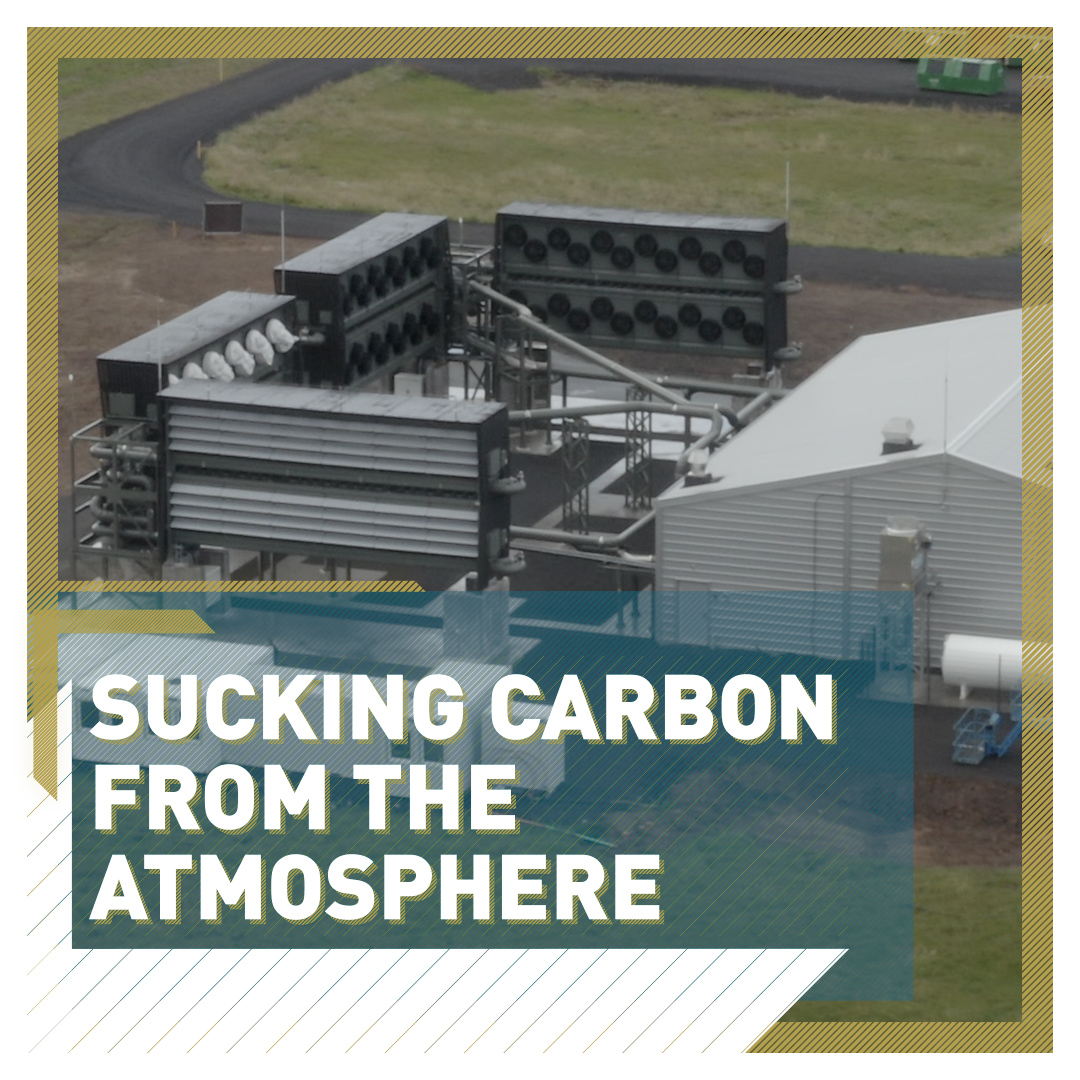 According to its developers – Switzerland's Climeworks and Iceland's Carbfix – facilities like these are fast becoming a crucial tool in the fight against climate change.

Named after the word orka in Icelandic, meaning energy, the facility sucks carbon dioxide from the air, turning it into rock and burying it underground. Strategically located near the Hellisheidi Geothermal Power Plant, Orca is run entirely on renewable energy.

The plant can draw 4,000 tons of carbon dioxide out of the air each year, equating to the estimated annual emissions given off by nearly 900 cars.

"You can think of it basically as maybe industrial photosynthesis," Christoph Beuttler, head of climate policy at Climeworks, tells CGTN Europe.

The plant uses large fans to draw air into a collector and then uses a "highly selective filter that only attracts CO2," explains Beuttler. The collector is then closed and the temperature is raised to 100 degrees Celsius. This process "makes the CO2 unstick from the filter," leaving a product of pure CO2.

To store the CO2, the product is mixed with water and plunged into the earth, as deep as 1,000 meters into the basalt rock. The mixture will then turn to stone over two years.

What effect could it have?

Carbon dioxide removal proponents believe these technologies can be an effective tool against climate change.

A United Nations report from earlier this year stated that if the process is scaled up, it could help limit global warming to 1.5 degrees Celsius.

Detractors believe the technology is too costly and impractical to be a viable solution to the pressing concerns of a warming climate.

Environmentalist Greta Thunberg has dismissed engineered solutions similar to that used at the Orca Plant as "technologies that barely exist," instead promoting nature-based solutions such as tree growing. 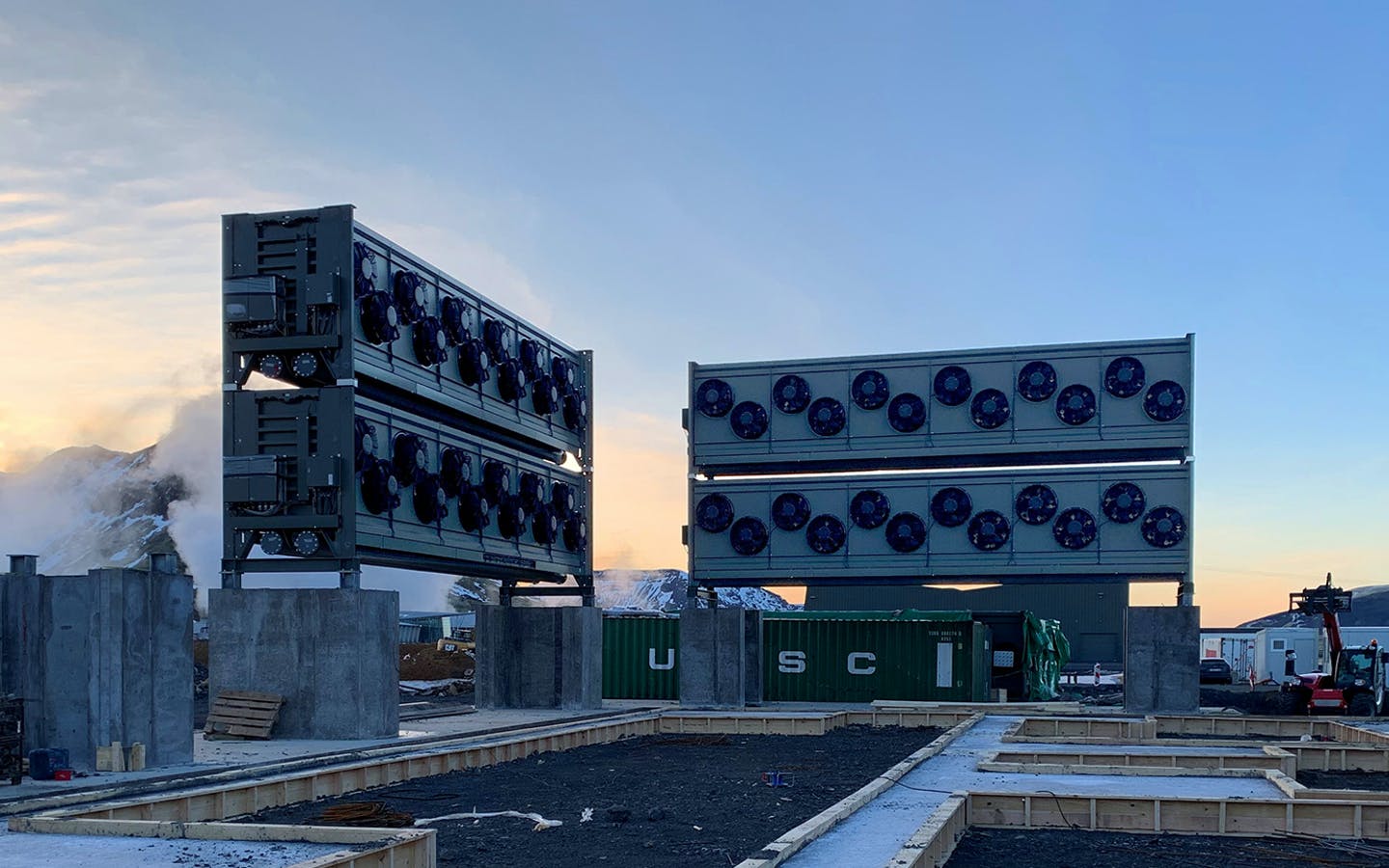 Climeworks have 15 machines in operation and the new facility in Iceland is the largest yet./Climeworks

Climeworks have 15 machines in operation and the new facility in Iceland is the largest yet./Climeworks

In response, Beuttler believes nature-based and tech-based solutions should work in tandem. "It's very important to develop these solutions together and not pitch them against each other on price because they behave in different ways.

"Forestation will likely go up in price if there's more demand and technologies come down in price if we scale them up."

Beuttler, who represented the company at the recent COP26 climate summit in Glasgow, believes carbon removal technology is akin to solar energy. Once prohibitively expensive, solar was made cheaper as it developed, with more companies and investors backing the renewable energy.

"We know how this works. We make more of them and then the cost will come down through economies of scale and learning rates. That's a given," notes Beuttler.

"We have a possibility to stay within Paris [Agreement targets] and that involves getting emissions down and scaling up carbon removal technologies. And if we start now, we can make it and costs will come down, but we have to put the money in at that point."