Download
Beijing Olympics 'is going ahead, will be a green Games and COVID-safe'
CGTN 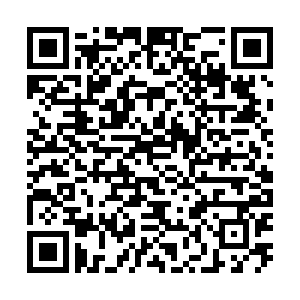 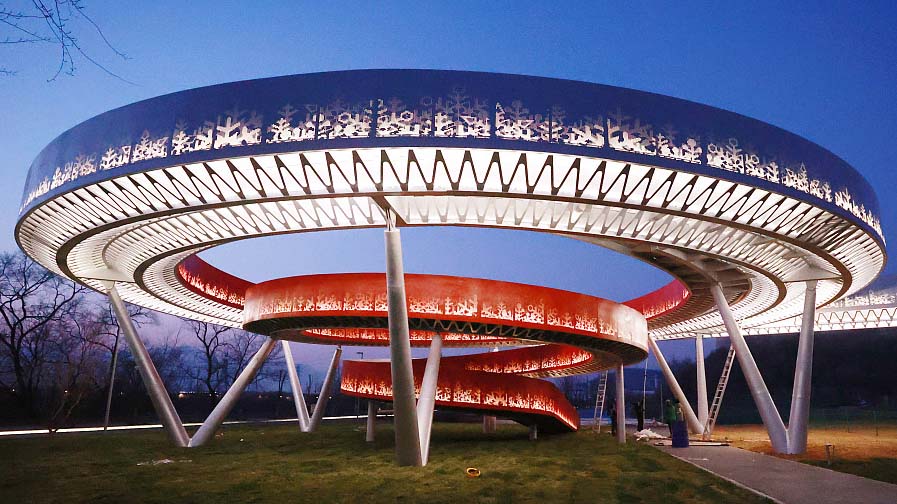 The 'Winter Olympic Ring' was officially unveiled at the Beijing Winter Olympics Park on December 22, 2021./VCG

The 'Winter Olympic Ring' was officially unveiled at the Beijing Winter Olympics Park on December 22, 2021./VCG

The Beijing Winter Olympic Games will go ahead, they will be COVID-19 safe and they will be environmentally friendly – that is the message from the man in charge of "project managing" the event.

Christophe Dubi is the Olympic Games executive director and after pulling off a successful Tokyo summer event in the middle of the pandemic, he has high hopes for the winter spectacle in China.

"What I can tell you is unequivocal – those Games are going ahead and the preparations are very well under way, including on the COVID-19 countermeasures front," he tells CGTN Europe.

He says a lot was learnt from the Tokyo Games but China has further refined the measures used to contain the coronavirus.

"They [China] have incredible measures that are in place. It's very detailed. And the so-called 'closed loop' that we are all going into at the time of the Games is going to be a very, very safe place," he explains.

Several countries have announced a diplomatic boycott of the Games due to what they say are human rights abuses in China. It's an accusation strongly and continuously denied by the country. But Dubi isn't fazed, saying it's time to move past the politics and focus on the sport.

"Now we have moved on and we are focusing on the athletes … You see now the excitement of those who have qualified and those still trying to qualify because the one thing that was preserved was always the participation of the athletes," he says. "So we'll have the best on the field of play, and that is really fundamental." 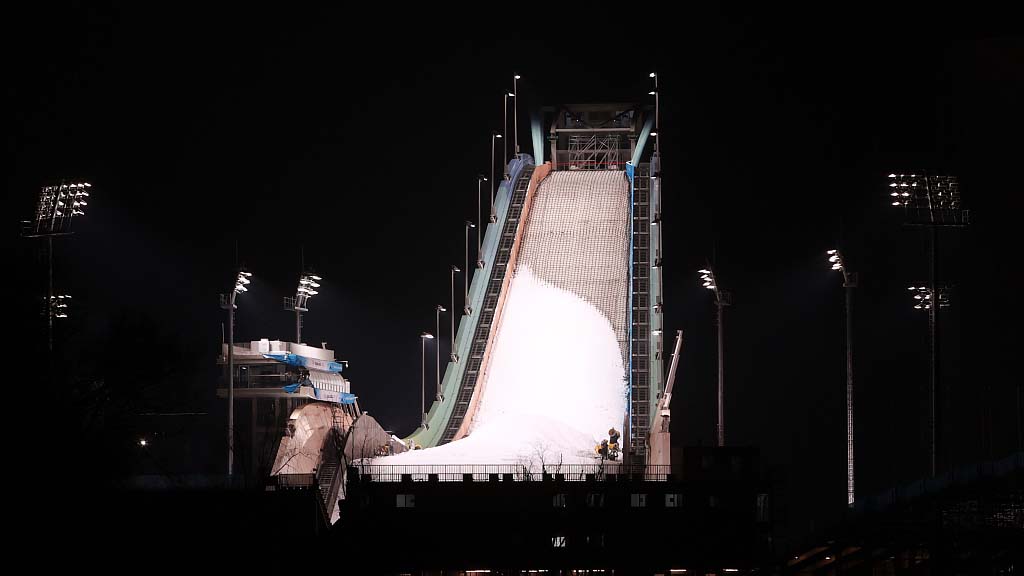 Brave participants will be hurtling down this ski jump, which was officially unveiled at the Beijing Winter Olympics Park on December 22, 2021. /VCG

Brave participants will be hurtling down this ski jump, which was officially unveiled at the Beijing Winter Olympics Park on December 22, 2021. /VCG

The Games are due to start on February 4, 2022 and Beijing has always stated it wanted this Olympics to be a green one. Dubi says the host nation has made great strides in this regard, which will be a planning template for future Games.

"For example, we have used refrigerants in ice rinks for decades and they have come up with a much better way and a much more environmentally friendly way to refrigerate the ice," he says enthusiastically. "Same for the recovery of water – when you're in in water-scarce region, where you have low precipitation, it's very important that what you pour down to create snow you can recover at the melting season."

He adds: "So, these kinds of things they have done, including replanting of trees where they had to prepare the [ski] slopes. They've done a tremendous amount of work in this respect."

With the behind-the-scenes work seemingly in good order, it's now up to the athletes to make the Beijing Winter Olympics one to remember.