Download
'Christmas to be handled with care,' but not canceled, says infectious diseases expert
Giulia Carbonaro 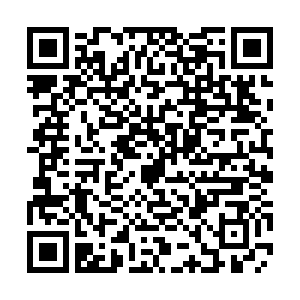 Christmas this year is beginning to look a lot like last year's, with people braced for lockdowns and tighter restrictions in a rush to stop the rampant spread of the Omicron variant of COVID-19. But the painful deja-vu seems so far bound to remain just that, as most governments in Europe, with the notable exception of the Netherlands, appear reluctant to impose new nationwide lockdowns over the festive season.

On the necessity to call a Christmas lockdown, experts seem to be divided. Some are cautious, calling for more time and more research to be done on Omicron and its impact on patients, while some others think not imposing stricter measures now will definitely mean infections and hospitalizations continuing to rise to overwhelming levels in the new year. 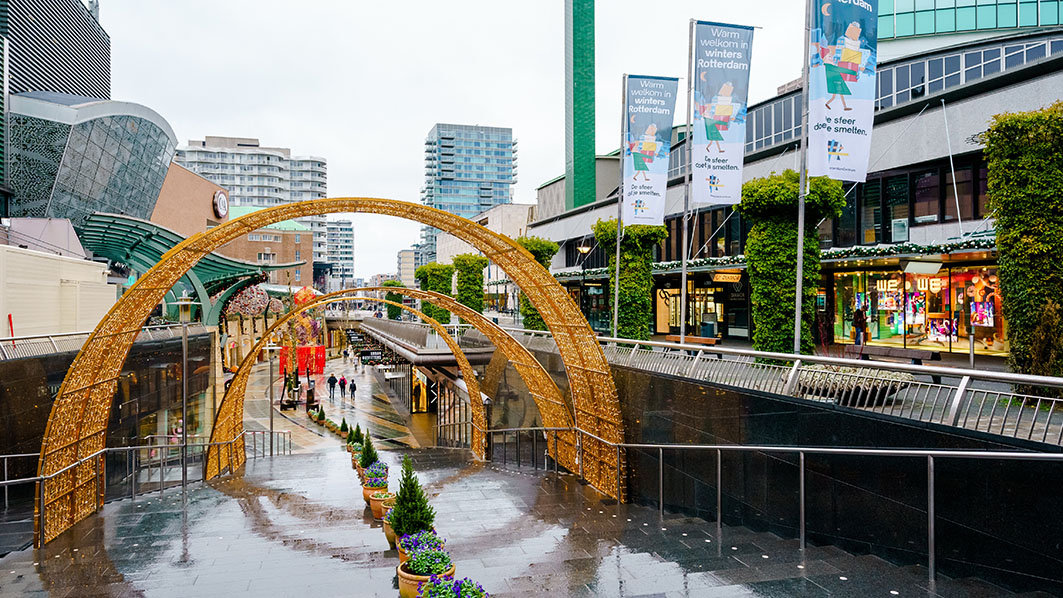 Downtown Rotterdam on December 19, the first day of The Netherlands' Christmas period restrictions to try to stop a surge of the Omicron coronavirus variant. /Marco de Swart/ANP/AFP

Downtown Rotterdam on December 19, the first day of The Netherlands' Christmas period restrictions to try to stop a surge of the Omicron coronavirus variant. /Marco de Swart/ANP/AFP

One of the most senior vaccine experts in the UK is among those calling for caution – but she also thinks immediate action, short of a lockdown, is needed.

Beate Kampmann, director of The Vaccine Centre, a partnership of 100 scientists set up by London School of Hygiene and Tropical Medicine, tells CGTN's Global Business program: "I don't think Christmas is canceled, but I think Christmas needs to be handled carefully and we need to set priorities with our own interactions and with the people we would like to see because the Omicron variant has to be taken very seriously."

Early research has shown Omicron might cause milder symptoms than other variants and the original SARS-CoV-2, but Kampmann says these early studies based on patients in South Africa cannot be relied on when judging the best course of action for the UK and Europe.

"The demographics of the population in South Africa are very different from what we see in the UK and in Europe," she explains.

"We have a much older population that is much more at risk of serious consequences from Omicron and the next two or three weeks will tell how many people will end up in hospital and only that will really give us a take on it.

"And at the moment, the majority of people who end up in hospital are people who are not vaccinated." 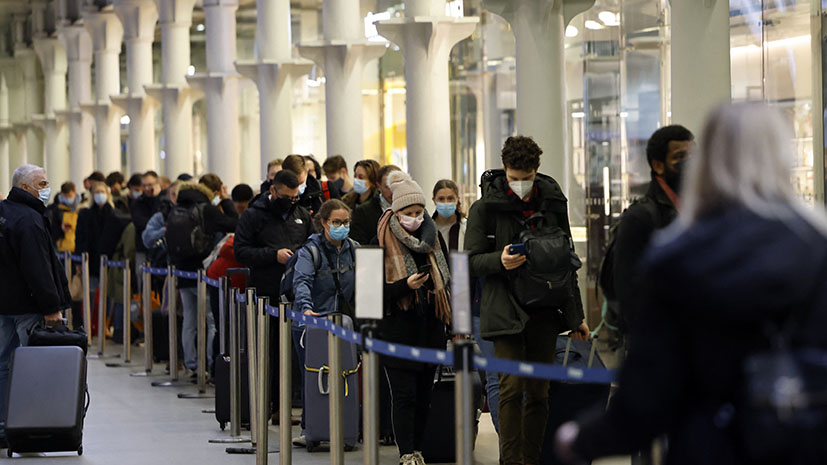 People line up to board the Eurostar in London. New restrictions on travelers from the UK to France were introduced to combat the spread of the Omicron coronavirus variant. /Tolga Akmen/AFP

People line up to board the Eurostar in London. New restrictions on travelers from the UK to France were introduced to combat the spread of the Omicron coronavirus variant. /Tolga Akmen/AFP

In a moment of bleak uncertainty, one thing Omicron has reinforced with absolute firmness, is that the pandemic is far from over.

"I'm concerned that people still keep thinking we are going to be over this and then it's all over and done with and the virus will just go away," says Kampmann.

That, she says, will unfortunately not be the case: "I think we need to be very much on our toes to keep a whole jigsaw of measures such as the vaccines, such as social distancing, such as mask wearing and be very much on the guard so that we are not behind the curve."

Last year, as many countries around Europe enforced nationwide lockdowns during the Christmas holidays, a great many people hoped their efforts would be paid back with a safer, more carefree future.

That hasn't been the case, as Omicron paved the way for threats of stricter restrictions and lockdowns this Christmas.

"It's not like we're in the same place where we were a year ago," said Kampmann, mentioning the important role vaccines have played since their development," says Kampmann.

"This is Omicron, it has crept up on us and it will eventually settle down. But there's no guarantee that there won't be another variant," she adds.

There could be a repeat of the situation this winter, as long as vaccine inequality continues in the world's poorest nations, says Kampmann: "Variants are rising in places where there's high transmission and there will be high transmission until a significant proportion of populations everywhere is vaccinated.

"Unfortunately we're way away from that goal." 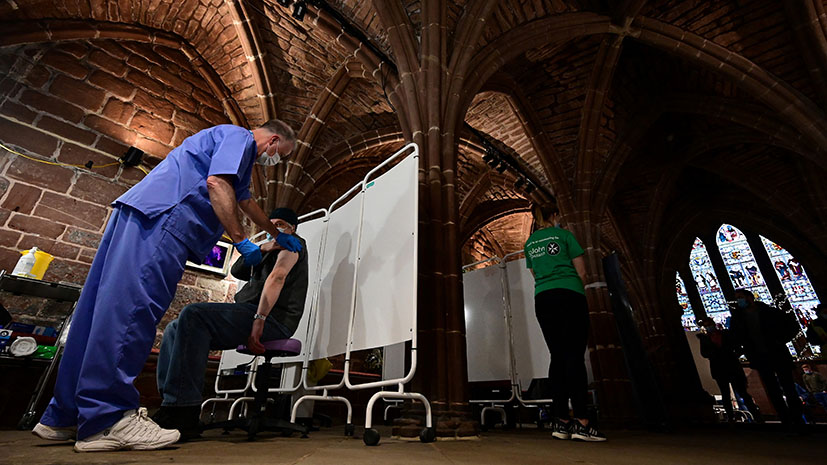 A man receives a dose of a vaccine at a vaccination clinic set up at Chester Cathedral after the UK stepped up the country's booster drive to fight a 'tidal wave' of Omicron. /Paul Ellis/AFP

A man receives a dose of a vaccine at a vaccination clinic set up at Chester Cathedral after the UK stepped up the country's booster drive to fight a 'tidal wave' of Omicron. /Paul Ellis/AFP

Early figures suggest the majority of those hospitalized with Omicron are unvaccinated.

Kampmann says the issue is "essentially a failure of trust of people in a system that is making them an offer that they should not refuse."

But the success of the vaccines in preventing hospitalization in cases of patients infected with Omicron, Kampmann says, should persuade those who haven't had the vaccine yet that "this is the only way forward."

Kampmann hopes the timely imposition of restrictions will avoid later, stricter lockdowns during the festive season.

"We now have tested our distribution that we all can use at home. We can actually check that we're not putting other people at risk and that can avoid big lockdowns.

"Whether it's sensible at the moment to go to a 50,000-seat football stadium, I must really say I don't think it is, but to have a Christmas at home where everybody's done a test before they go and meet friends and family, I think it's entirely sensible and we do have those means at our distribution now."