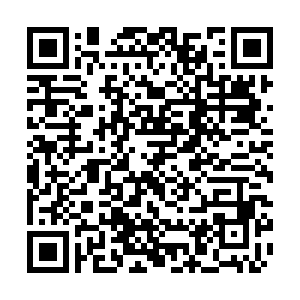 Age-related macular degeneration, or AMD, is an eye condition that affects millions of people around the world. In the UK, it is the biggest cause of sight loss.

It's caused by a loss of the nerves at the back of the eye. Even though it affects only a tiny area around the width of a human hair, its impact is life-changing.

Patients experience a blurring of vision, initially at the center of their gaze but which expands and deteriorates as time goes on. Recognizing faces or watching television can rapidly become impossible.

"This is why it's such a difficult disease to deal with for patients. It affects the best bit first," explains Lyndon Da Cruz, a surgeon at Moorfields Eye Hospital in London, UK.

Because nerve cells don't regenerate, the body cannot heal the condition itself, however scientists at King's College London and Moorfields are working on a new technique to implant stem cells into the back of the eye.

A trial has already been successfully tested on two patients, both of whom went from being unable to read at all, even with glasses, to reading 60 to 80 words per minute with normal reading glasses.

Operating on the eye is always delicate, but the precision involved in inserting the stem cells is right at the edge of the ability of even the most talented surgeons. Therefore the team has been working with the University's robotics department to create machines that can work with minute accuracy.

"It's as if you cut the human hair 10 times and then you need to go with one of those tools in between those layers for two or three minutes stably while the patient is awake. And that's not something that humans just can do. That's where robots come in," says Christos Bergeles, a robotics researcher at King's.

Bergeles' team has created a working model of an operating room equipped with a robotic arm that can translate the movement of a surgeon. For the moment, they operate only on mannequins but one day they hope to be able to be restoring sight one cell at a time.