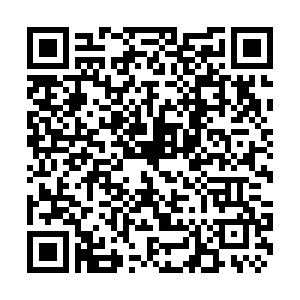 Scottish witches are best remembered from Shakespeare's 'Macbeth' but the reality for the thousands of people convicted of witchcraft in the country was far less romantic. /Cavendish Morton, Public domain, via Wikimedia Commons

Scottish witches are best remembered from Shakespeare's 'Macbeth' but the reality for the thousands of people convicted of witchcraft in the country was far less romantic. /Cavendish Morton, Public domain, via Wikimedia Commons

"When shall we three meet again?" These famous lines from Shakespeare's Macbeth are among many ingrained in minds across the world that evoke romanticized images of Scottish witches on misty heaths. But the reality was far harsher.

Some 3,837 people, mainly women, were accused of witchcraft and around 2,558 of them were executed in the country between 1563 and 1736 but now they may finally be pardoned 500 years later.

A Private Members' Bill is being prepared "to seek a pardon for those convicted and executed" in Scotland's witch trials, according to Scottish Member of Parliament Natalie Don.

"The incorrect criminalization of these women only strengthens gendered stereotypes in the modern-day and I believe righting this wrong will make a real impact in challenging gendered and patriarchal attitudes which still exist in society," Don, a member of the majority Scottish National Party, said on social media.

The move has in no small part been driven by a group called Witches of Scotland. Set up in 2020 and led by lawyer Claire Mitchell, it has been campaigning for those accused of witchcraft between 1563 and 1736 to receive a legal pardon, get an official apology and have a national monument erected to them.

The group has a petition to the Scottish Parliament about the issue and signatories have made such comments as: “We cannot right the wrongs of the past without acknowledging them and their devastating impact and needless suffering over the ages. The least we can do now is to seek both pardon and publicly mark a day of mourning for families of those who lost loved ones." And: "For all of the powerful women of history, currently and for our future."

In 1563 in Scotland, the Witchcraft Act was brought into law and remained in place until 1736. The vast majority of those accused under the legislation during this period, some 84 percent, were women. During this time, witchcraft was a capital crime and those convicted were strangled to death and then burned at the stake so there was no body left to bury.

When accused of witchcraft, people were locked up awaiting trial and tortured to confess.

Women were not even able to be witnesses in their own right at trial because the law forbade it.

By 1736 it was recognized that the execution of people for witchcraft was wrong and the actual crime was replaced with “pretended witchcraft” in law, with the maximum sentence one year in jail.

An estimated 3,837 people were accused of witchcraft during the period of persecution in Scotland - 84% of whom were women. Approximately two-thirds (2,558) of those people were executed, according to Witches of Scotland. And working on the same split, roughly 2,148 women were killed and 410 men.

And witchcraft is not a historical issue. This year, the UN passed a resolution to address the issue. On the topic, the body's Workshop on Witchcraft and Human Rights says: "In numerous countries around the world, witchcraft-related beliefs and practices have resulted in serious violations of human rights including, beatings, banishment, cutting of body parts, and amputation of limbs, torture and murder. Women, children, the elderly, and persons with disabilities particularly persons with albinism, are particularly vulnerable."

So, while the UN is doing something about the current issue, Witches of Scotland is hoping the parliamentary bill will address past wrongs. "For generations, our history has been written by one gender. One perspective, one vision, one half of the population. Half of history is missing. For years, we've been striving for change. But now is the time to change for good," the group said on social media.

To again quote the witches of Macbeth, advocates of the bill will be hoping "when the hurly-burly's done," the ancient battle that was lost can finally be won.