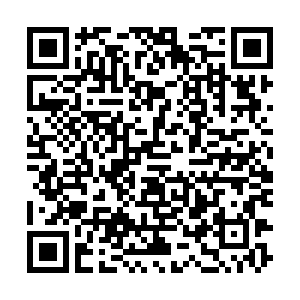 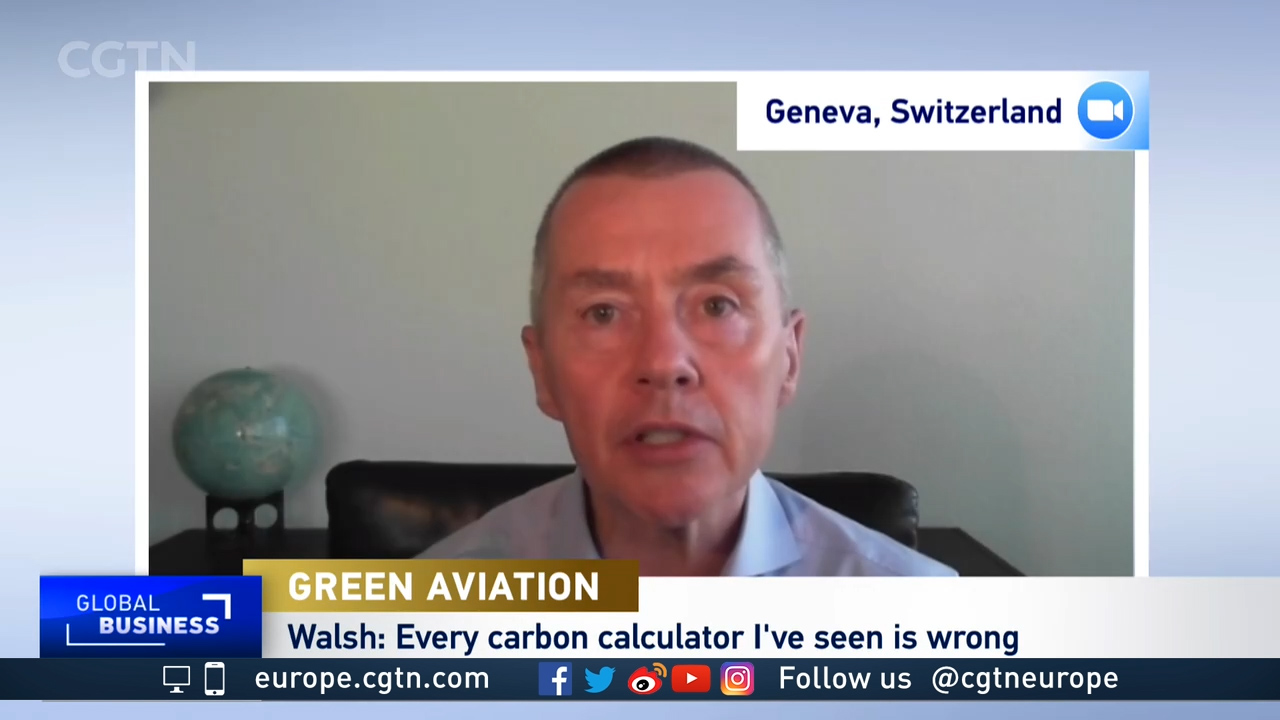 IAG, the owner of British Airways, says its transatlantic bookings are almost back at 2019 levels. But as passengers return to the skies, there's growing pressure on airlines to make their journeys more environmentally friendly.

In October the International Air Transport Association (IATA) committed to net zero by 2050 and its director-general, Willie Walsh, says the industry must produce a uniform system for measuring the carbon impact of flights to ensure customers can make an informed choice.

"It's impossible to compare data that's available today because people are calculating things in many different ways. And every single carbon calculator that I've seen, I can tell you is wrong," Walsh told CGTN Europe's Global Business program.

"We believe that I can play a role to try and get a level playing field and enable consumers to have confidence when they're looking at figures so they are comparing apples with apples."

IATA has projected that passenger journeys will be five times more frequent by 2050, increasing to 10 billion passengers a year..

The expected carbon emissions over the next 29 years is approximately 21.2 gigatons of CO2. Mitigating that amount of carbon will be "an enormous technological challenge," according to IATA, which has outlined some initial steps to get there.

13 percent from investment in new aircraft technology, including electric or hydrogen solutions

In order to achieve the target, Walsh says the industry will need significant government support: "Quite honestly, I don't think we can do it on our own. We're determined to do it, but we can achieve better results if we're working in tandem with governments."

In the short to medium term the former boss of British Airways' parent company IAG believes production of sustainable aviation fuel is the answer and will be hoping to convince governments to support their use until technology can provide a viable alternative.

Many are pointing to hydrogen, but Walsh believes that it will not be able to have a significant impact on the net zero targets yet.

"There clearly are challenges with hydrogen because you can only claim that hydrogen is the answer if you're able to produce green hydrogen. And at the moment, that's a significant challenge," explained Walsh.

As aircraft manufacturers look to meet the demand for greener options electric planes can help lower emissions on short haul flights said Walsh. "Electric and hybrid electric will be for small aircraft, commuter type travel. And realistically, we would expect to see that in the second half of this decade."