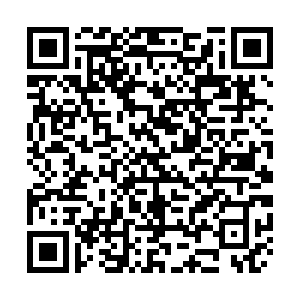 A woman wearing a face mask crosses a street in the rain amid in Moscow, Russia. /Reuters/Evgenia Novozhenina

A woman wearing a face mask crosses a street in the rain amid in Moscow, Russia. /Reuters/Evgenia Novozhenina

· Austria's government is likely to decide on Sunday to impose a lockdown on people not vaccinated against the coronavirus, Chancellor Alexander Schallenberg said on Friday.

The government will hold a video call with the governors of Austria's nine provinces. The aim is to agree on the measure in response to a surge in infections, Schallenberg told a news conference.

According to the European Center for Disease Prevention and Control, Austria has the lowest vaccination rate of any Western European country apart from Liechtenstein.

Roughly 65 percent of Austria's population is fully vaccinated. Many Austrians are skeptical about vaccines, a view encouraged by the far-right Freedom Party, the third-biggest in parliament.

· The Czechia government will require children to have COVID-19 tests in an effort to curb a recent surge in cases. All elementary and high schools across the country will be ordered to test the country's 1.4 million students in two waves on November 22 and November 29, education minister Robert Plaga said.

· People who are still not vaccinated as the fresh wave of the coronavirus pandemic takes hold in Germany must understand they have a duty to the rest of society to protect others, German Chancellor Angela Merkel said.

Case numbers have surged across Europe in recent weeks, with experts worrying that health systems risk once again being overwhelmed, in part because unvaccinated people are still spreading the disease to the older and more vulnerable.

"We have to make it clear that I have the right to get vaccinated, and that is a great fortune, a huge achievement of science and technology," Merkel said over a video link. "But I also have a certain obligation to contribute to protecting society."

· Austria will be classified as a COVID-19 high-risk area starting Sunday, German Health Minister Jens Spahn said. The classification means that people traveling from Austria must enter quarantine upon arrival in Germany unless they have been vaccinated or have recovered from the coronavirus.

· Sweden has seen a sharp decline in testing after its health agency said vaccinated Swedes no longer need to get tested even if they have symptoms.

The stance by the health agency has rekindled criticism that the country has once again broken ranks with its neighbors, with some of Sweden's regions no longer providing free testing for all. Overall, testing fell by 35 percent last week compared with a month earlier.

This week, the government ordered Danes to present a pass to visit indoor bars, restaurants and other public places. Usually shown by a phone app, the pass verifies that the holder is vaccinated, tested negative, or recently recovered from infection.

Under the proposed new legislation, bosses can decide to mandate workers to show passes although the employers will not be obliged to do that.

· AstraZeneca is counting on new orders to move its COVID-19 vaccine to "modest profitability" after the shot made a small contribution to earnings in the third quarter and achieved $1.05 billion in sales for the three-month period.

The Anglo-Swedish drugmaker, which vowed not to make a profit from the vaccine during the pandemic, this week unveiled plans to set up a separate unit to focus on its coronavirus efforts. Its vaccine will remain not-for-profit for low-income nations as it moves to earning modest profits from new orders from wealthier countries.

· The prevalence of infections in England fell back to about one in 60 people in the week ending November 6, Britain's Office for National Statistics said on Friday, dropping back from its highest level of the year.

Recorded cases and estimated prevalence of infection have both dropped back from peaks hit before a half-term school holiday at the end of last month.

· Meanwhile the UK's Health Security Agency has been trying to work out how many people have got COVID-19 twice. The figure is hard to know, because it depends on people having had tests and sequencing of samples – but the agency says there have been 361 definite cases of people being infected twice, 3,480 probable cases, and 57,195 possible cases up to October. The UKHSA says the figure may rise as more asymptomatic testing takes place, which would catch cases where people have got COVID-19 a second time, but have not had any symptoms.