Scotland boasts that 95 percent of its power generation comes from renewable sources, the UK talks about achieving 60 percent, but how green are these countries when it comes to their complete energy needs?

CGTN Europe spoke to Jorge Luis Hidalgo, energy director at the British Ecuadorian Chamber of Commerce, who pointed out that these figures are only part of the energy story. 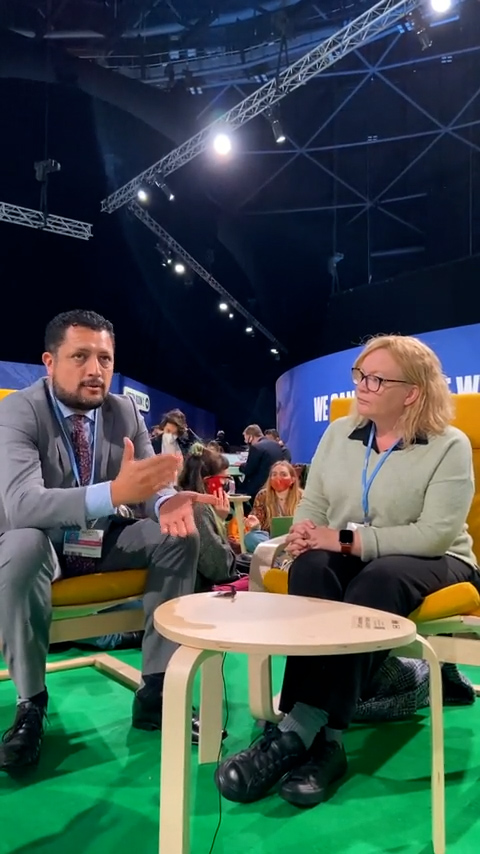 When countries talk of power, they are referring to household heating and lights – usually using electricity. This power source has been moving rapidly over to renewables such as wind and solar power, but that is only part of the energy needs of a nation.

A country uses energy for many other reasons such as industry and transportation of goods and services – this is referred to by experts as a country's "energy mix" and this makes a significant difference to the figures.

"Remember that in the UK energy mix, power only represents 20 to 25 percent, and the rest of that [energy need] is fossil fuel consumption," Hidalgo explained.

So, to move over to renewables in any real sense we need to deal with the other 75 percent of the energy mix. But what are the worst offenders?

"Fast cars are the worst. They have the highest consumption of fossil fuels," Hidalgo said. But he expressed concern about a rapid transition from fossil to electric vehicles.

"We need to understand that you need to push everything for renewables, but you still need to meet energy consumption," he explained.

Caution it seems is key to a smooth transition.

"You need to be flexible … you need to power the needs that the population have."

Many new energy companies were set up in the UK promising clean energy – their selling point was providing 100 percent clean energy.

They have recently found to their significant cost that newer energy sources such as wind and solar are unpredictable. When both wind and solar power dropped for a prolonged period, it created a shortfall of energy and demand for natural gas surged to fill the gap, leading to a spike in prices – many green energy companies went out of business as a result.

"The challenge that we face with clean energy is flexibility – it's hard to store it … there are batteries but they are still very expensive," he said.

"So, what happens is that a lot of these companies basically need [to supplement their supply with] natural gas for power and the price really went up.

"And then they couldn't provide the price that they were expecting to provide to the client so they went out of business." This is a problem for more than the image of clean energy, the price spikes will have real consequences for consumers.

"I love to call it 'energy pragmatism,' because first of all you need energy security. Because if not, you depend on other countries. Then you need flexibility and, unfortunately, up until now, renewable energy doesn't cover that and it's a bit expensive.

"And then it's the price – if you don't get a cheap price to the population, then you have a big problem because there are people suffering, especially after COVID-19. There are a lot of people who have a lot of challenges in order to survive."

What will happen if we transition too quickly to renewables and prices surge?

"If [prices] double and you cannot manage that, then you are going to have free enemies for climate change because climate change is going to destroy the world. We know we need to care about that but you are destroying their lives – [consumers] need to survive today."

Hidalgo emphasizes the need for pragmatism in the move to renewables.

"We need a very smart transition. And for that, we need to be totally open and totally clear with the population … we need to explain to them that we still need fossil fuels in order to accomplish a smooth transition."

That transition is also going to need input from the fossil fuel suppliers, Hidalgo cautions.