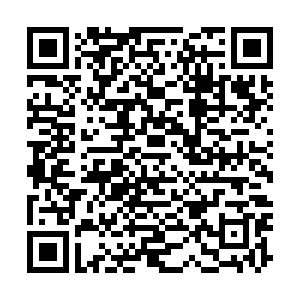 The French government "will tighten the health pass controls in the coming weeks," a spokesman warned. Gabriel Attal was speaking on Wednesday after President Emmanuel Macron's latest address to the nation on November 9.

Attal said "the deterioration of the epidemic situation is clear. The warning signs are multiplying."

He was speaking after Macron's ninth primetime TV speech since the start of the pandemic in France in early 2020.

The French president said people aged 65 and older will need to present proof of a COVID-19 booster shot from mid-December for their health passes to remain valid.

Macron argued the move was necessary to deal with a recent spike in coronavirus infections.

From the middle of December, the over-65s will have to get a third dose of a coronavirus vaccine if they want to keep their health pass.

This is the pass that has to be shown across France to access bars, cafes, restaurants, cinemas, museums and sports centers.

More than 12,000 people tested positive in France on November 9 and the country's COVID-19 incidence rate is up 40 percent over the past week.

Macron says the rising rate and hospitalizations in France are "alert signals" the government has to confront.

He also announced that booster vaccination appointments for people aged 50 to 64 would be available from early December.

"All the studies show that six months after the vaccine, immunity decreases and therefore the risk of developing serious symptoms increases again," he said.

"The solution to this drop in immunity is the injection of an additional dose of vaccine, the so-called booster.

"A campaign was launched at the end of the summer for all those over 65 and the most vulnerable and we now need to speed it up."

There was an immediate impact – 100,000 COVID-19 vaccination appointments were booked in the hour after the president's address.