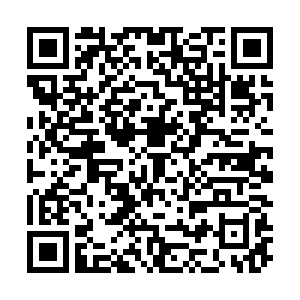 · The UK will add China's Sinovac and India's Covaxin jabs to its list of approved vaccines for inbound travelers. From November 22, travelers who have been inoculated with these two jabs will be considered fully vaccinated in Britain.

· The UK is also expected to announce vaccinations will be mandatory for its health staff, as many as 100,000 NHS workers are estimated to be currently unvaccinated.

· Denmark has announced reintroducing the mandatory use of its health pass, only two months after scrapping controls. The move, announced by the Prime Minister Mette Frederiksen on Monday, follows an increase in new infections in the country that authorities have warned might overwhelmed the country's hospitals.

· Ukraine's Greek Catholic Church is the first religious institution to open a vaccination center in one of its buildings. The Kyiv cathedral is now offering a jab to those wanting one, an exception in a country where religious institutions have so far been cautious to recommend vaccinations. "Taking the vaccine is a way to save your life and health," Father Taras Zheblinsky, head of the Greek Catholic Church's media department, told AFP.

· Ukraine has reported its highest daily death toll today, with 833 fatalities reported in the last 24 hours.

· Bulgaria has also reported its highest daily death toll on Tuesday, with 334 deaths. Bulgaria is the least vaccinated country in the EU.

· The Haute Autorite de Sante, France's public health authority, has recommended people aged under 30 be given the Pfizer jab when available instead of the one made by Moderna, which has been linked to "very rare" risks of heart diseases such as Myocarditis. According to a French study published on Monday, the risks among people under 30 are five times lower with Pfizer's shot.

· Anti-Semitism in Europe has grown during the pandemic, a new EU report found. Conspiracy theories that blame Jewish people for the pandemic have been blooming online in the past two years, said the EU Agency for Fundamental Rights, while admitting the problem might be even bigger than estimated, as most anti-Semitic acts are under-reported.

· Almost 26,000 tons of pandemic-related plastic waste has ended up in our oceans, a Chinese study has found. According to the researchers, the vast majority of gloves, masks and other PPE discarded in the environment and then transported by rivers into the ocean is the result of countries not being prepared to handle the excess of plastic produced in relation to the pandemic and their incapability to process it. 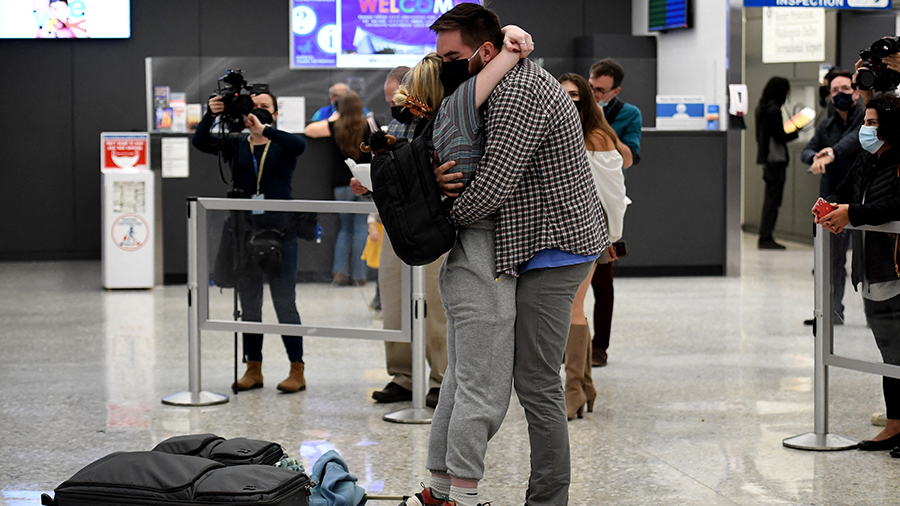 A couple embrace each other as they are reunited in Frankfurt, Germany, after the U.S. reopens air and land borders to vaccinated travelers for the first time since restrictions were imposed. /Olivier Douliery/AFP

A couple embrace each other as they are reunited in Frankfurt, Germany, after the U.S. reopens air and land borders to vaccinated travelers for the first time since restrictions were imposed. /Olivier Douliery/AFP

CGTN Europe: All face masks are better than none in stopping COVID-19 spread - UK study