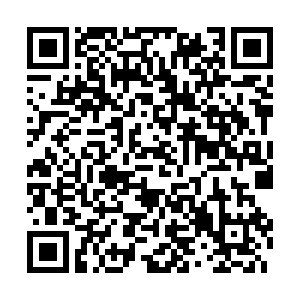 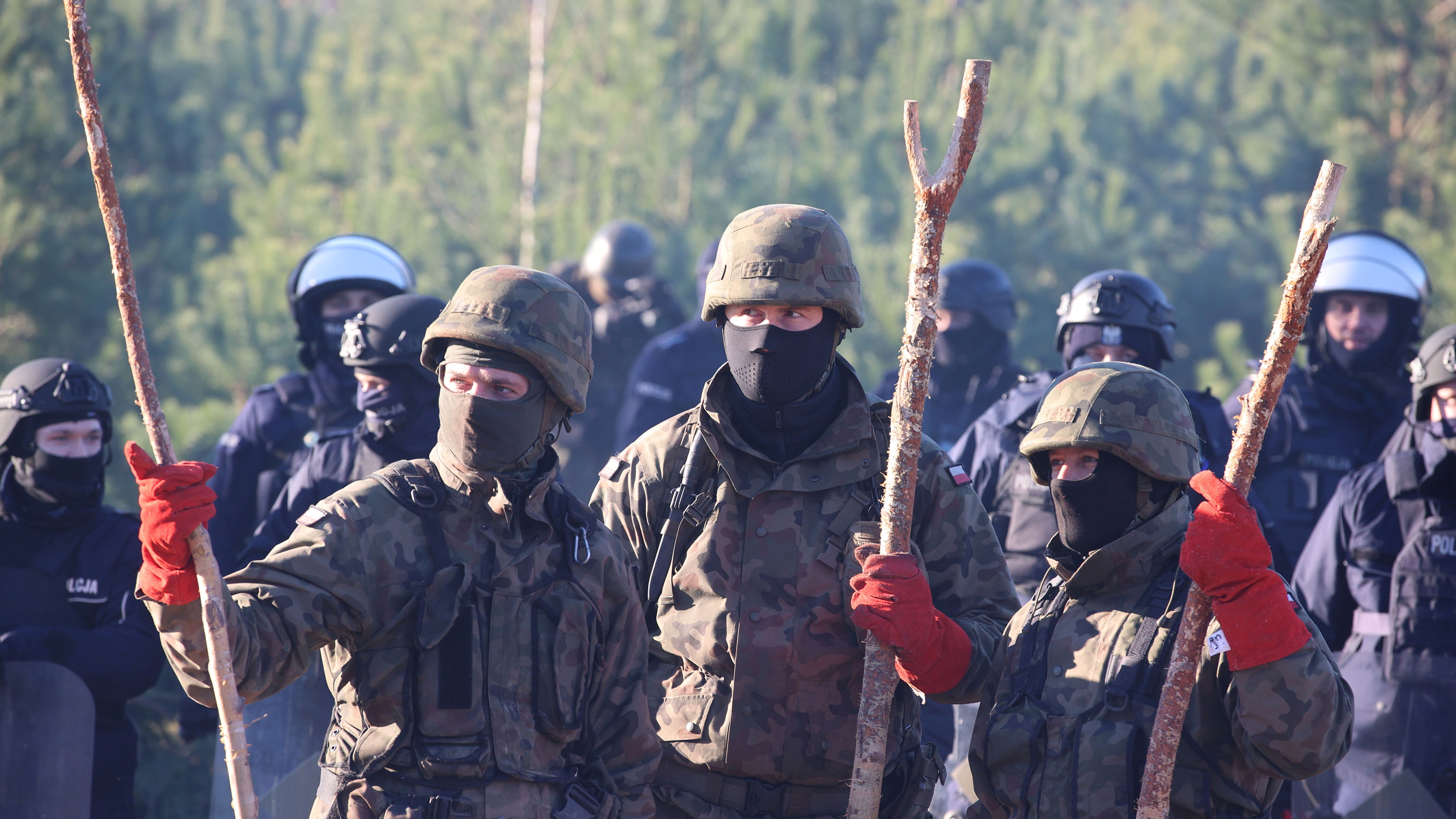 Polish service members and police officers are seen behind a barbed-wire fence as hundreds of migrants gather on the Belarusian-Polish border. /Leonid Scheglov/BelTA/Handout via Reuters

Polish service members and police officers are seen behind a barbed-wire fence as hundreds of migrants gather on the Belarusian-Polish border. /Leonid Scheglov/BelTA/Handout via Reuters

Poland's Prime Minister has warned that tension with Belarus could escalate in the coming days as he ordered more troops to the border between the two countries in response to mounting numbers of migrants gathering there.

Mateusz Morawiecki made the comments after visiting the border where hundreds of migrants and refugees, including children and the elderly, camped out on Tuesday in freezing overnight temperatures.

Poland has accused Belarus of trying to spark a major confrontation by encouraging the migrants to cross into Poland and the European Union, allegations Minsk denies.

Video clips have shown hundreds of migrants walking towards the Polish border near Kuznica village and some trying to breach a fence using spades and other tools.

Footage published by the Polish police on Tuesday showed people gathered in tents and around campfires on the Belarus side of the barbed-wire fence.

Humanitarian groups accuse Poland's ruling nationalists of violating the international right to asylum by pushing the migrants back into Belarus instead of accepting their applications for protection. Poland says its actions are legal.

Warsaw says seven migrants have been found dead on its side of the border, with reports of more deaths in Belarus.

Poland's Border Guard told Reuters that about 800 people were camped out on the Belarus side of the fence, part of a group of up to 4,000 migrants there and in nearby forests.

Polish authorities shut an official border crossing with Belarus early on Tuesday, near where thousands of migrants tried to push through the day before.

Poland said it had deployed additional forces, including soldiers, while neighboring Lithuania said it is considering a state of emergency on its border with Belarus.

Despite the European Commission announcing it is ready to assist Poland at short notice, Warsaw has, so far, not called for help from Brussels. 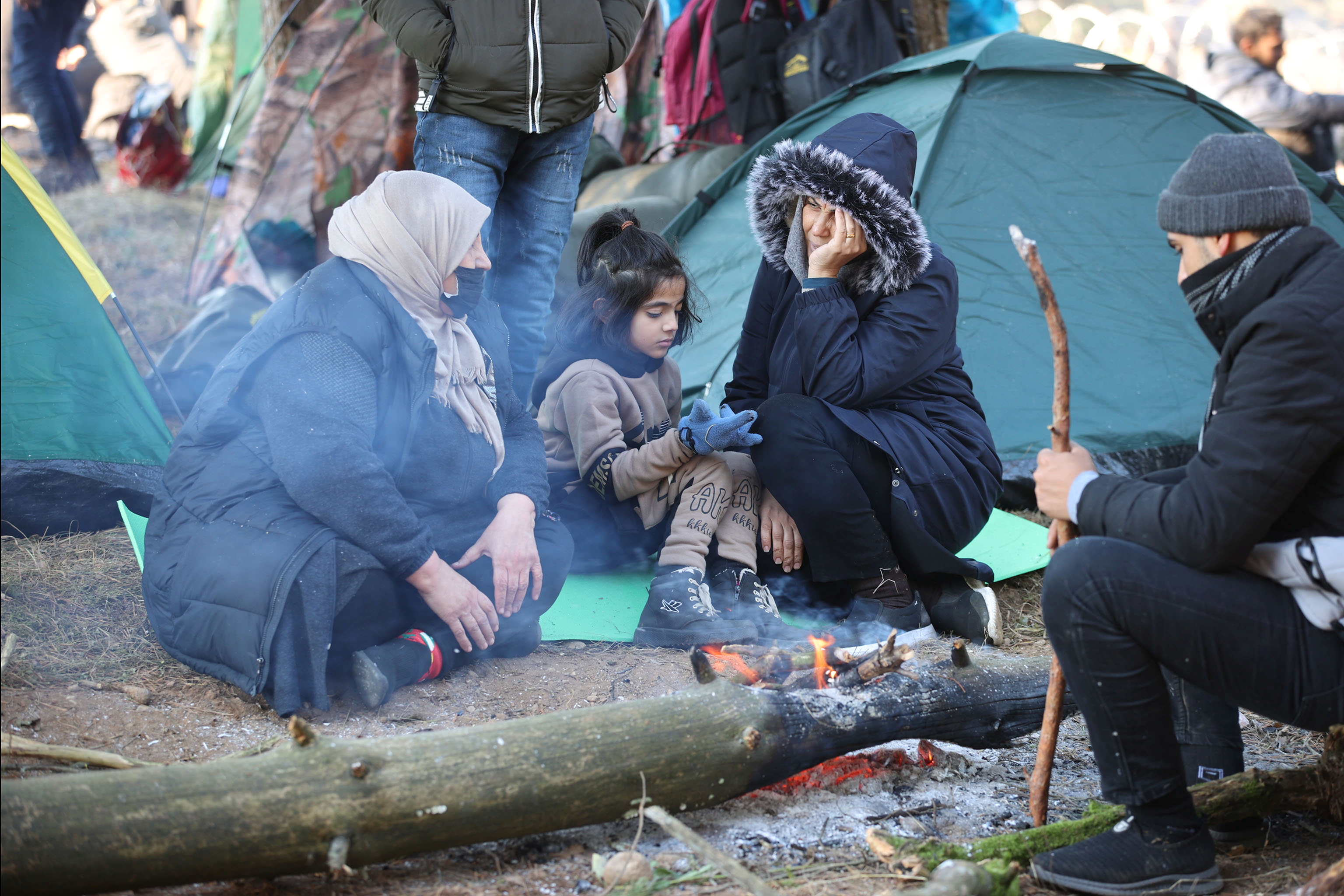 Migrants gather in a camp near the Belarus-Poland border in the Grodno region, Belarus November 9, 2021. /Leonid Scheglov/BelTA/Handout via Reuters

Migrants gather in a camp near the Belarus-Poland border in the Grodno region, Belarus November 9, 2021. /Leonid Scheglov/BelTA/Handout via Reuters

"A special place in the conversation was taken by the discussion of the situation on the Belarusian-Polish border, as well as the tough actions of the Polish side in relation to civilians," Belta said.

"At the same time, it was emphasized, the fact of regular Polish troops gathering on the border was of particular concern. The heads of state discussed in detail the disturbing facts and trends taking place on the Belarusian-Polish borders," it added.

Russia's Foreign Minister Sergei Lavrov suggested the EU could provide financial assistance to Belarus to encourage it to stop migrants from crossing into the bloc.

Lavrov said the EU had to be consistent in treating third countries used by migrants to cross into the bloc.

He referenced a 2016 deal under which the EU provided funds to Turkey, which promised to take back migrants and refugees who crossed the Aegean Sea to enter Greece illegally.

"Yesterday, during certain political expert discussions it was said: 'why when refugees were coming from Turkey did the EU provide financing so that they stayed in the Turkish Republic? Why is it not possible to help the Belarusians in the same way?'" said Lavrov.