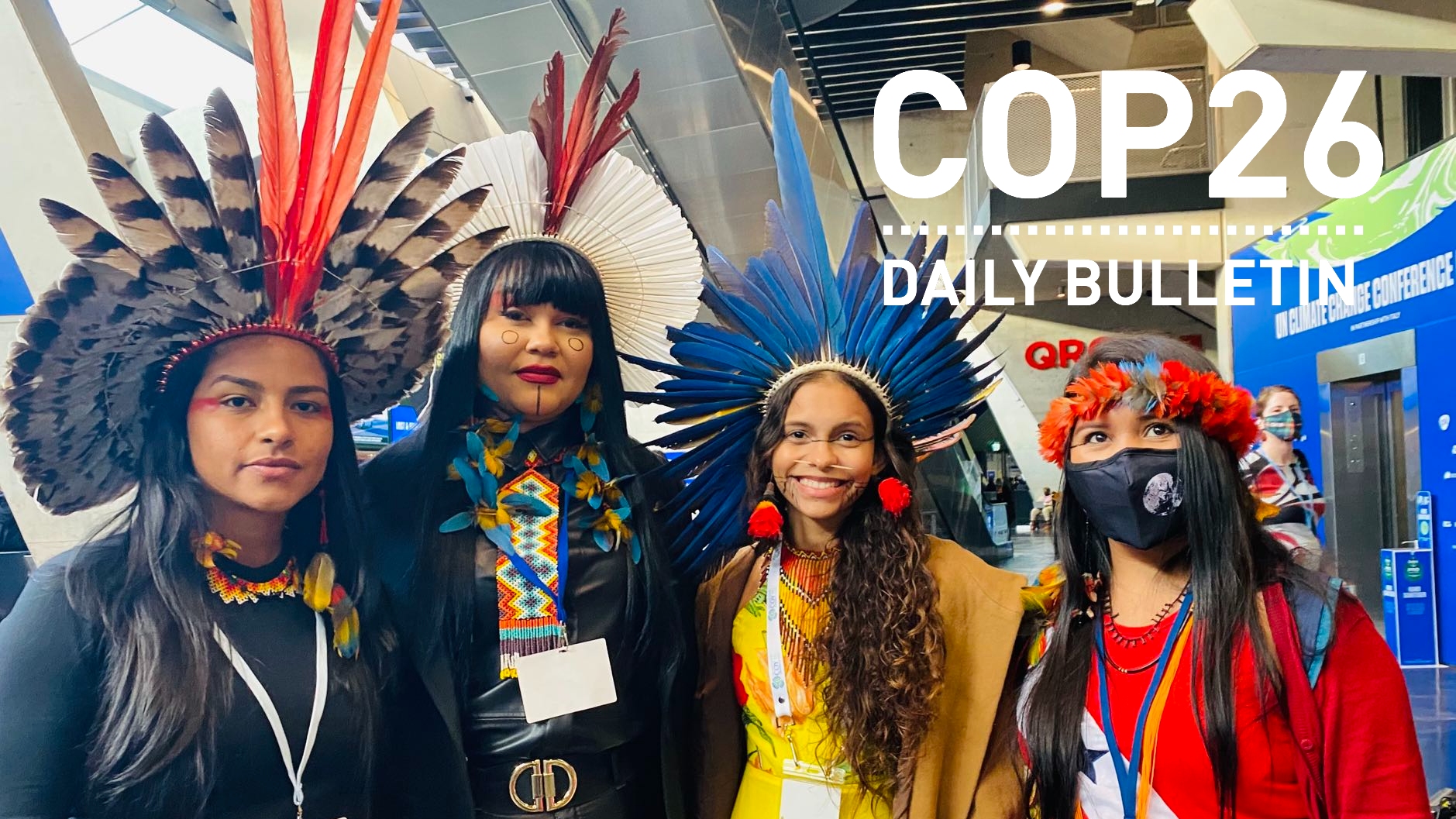 · Campaigners are warning that hybrid cars are not a final solution to a greener transport system claiming some are "barely any cleaner" than petrol and diesel cars.

Marie Cheron of France's Nicolas Hulot Foundation said, "some hybrids have been bought for fleets [of cars], they do not have a system that allows them to recharge, people don't charge them, and so they don't drive electric."

In the third quarter of this year, 20.7 percent of cars sold in the EU were new hybrid versions, the batteries of which are recharged by collecting wasted energy from elsewhere, such as braking, and 9.1 percent were hybrid plug-ins that can be charged from an electric outlet.

· South Africa's President Cyril Ramaphosa hailed the $8.5 billion deal to aid the transition to a low-carbon economy as "a watershed moment." EU members, the U.S. and the UK signed the agreement at the climate summit in Glasgow that will include technical assistance.

Ramaphosa told the conference, "this is proof that we can take ambitious climate action while increasing our energy security, creating jobs and harnessing new opportunities for investment, with support from developed economies."

· The UK is to announce plans become the world's first net-zero financial services center by 2050, the Treasury has confirmed. The country's finance minister, Chancellor Rishi Sunak, will unveil proposals for financial institutions and listed companies to publish net-zero transition plans and create a task force to develop a "gold standard" for authorities to enforce.

"It's shocking that we protect historical monuments that are 400 years old but we cut down living organisms of the same age."

· U.S. President Joe Biden criticized President Xi Jinping for not attending the summit in person telling reporters, "It's been a big mistake, quite frankly, for China not showing up. The rest of the world looked at China and said, 'what value are they providing?'"

· As leaders praise the initiative signed by more than 100 countries to cut methane emissions by 30 percent before the end of 2030, experts warn it alone will not be enough to keep temperature rises below 1.5 degrees Celsius .

Australia, China, India and Russia did not pledge their support and Jim Watson, professor of energy policy at the UCL Institute for Sustainable Resources, warned: "These emissions are relatively cheap to plug, so really should be addressed as a matter of urgency." 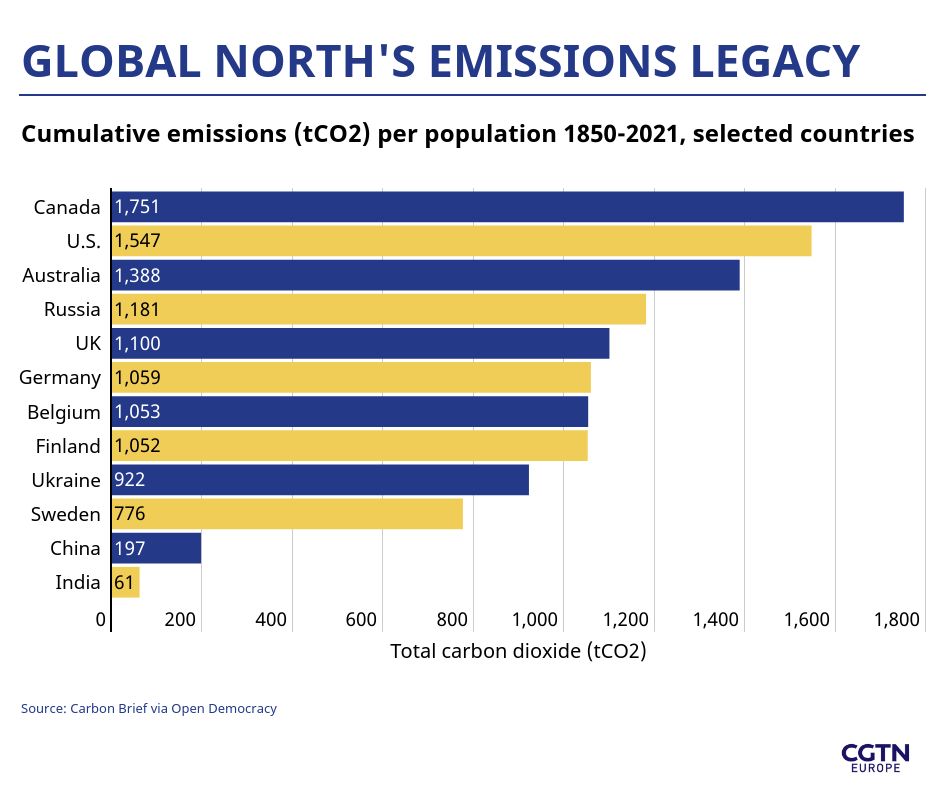 In the Ecuador Amazon, oil exploration threatens the Sapara Nation, which lives in 400,000 hectares between the Conambo and Pinduyacu rivers.

In 2001, UNESCO declared the region an Intangible Cultural Heritage of Humanity and urged that the culture of the indigenous people be protected.

Gloria Ushigua, president of the Sapara Women's Association of Ecuador, believes the existence of her people is in grave danger because the national government wants to extract oil from their territory.

She has come to COP26 with a message for world leaders.

Unregulated gold mining is rampant in Brazil due to the relaxing of environmental controls by President Jair Bolsonaro.

Thousands of companies have invaded regions, constitutionally protected since 2019.

This is also home to the Munduruku people, who have experienced widespread deforestation of their lands and devastating mercury poisoning of their people and the wildlife on which they depend for survival.

Finally, we spoke to Thaline Maxim Karaja from the Karaja Tribe, who says climate change is greatly impacting her people, who live on the largest fluvial island in the world – a title which is under threat due to invading farmers who burn the forest and slaughter animals.

The wood industry is also having a detrimental impact in that area, because the loss of native trees is drying rivers and shrinking the island day after day. 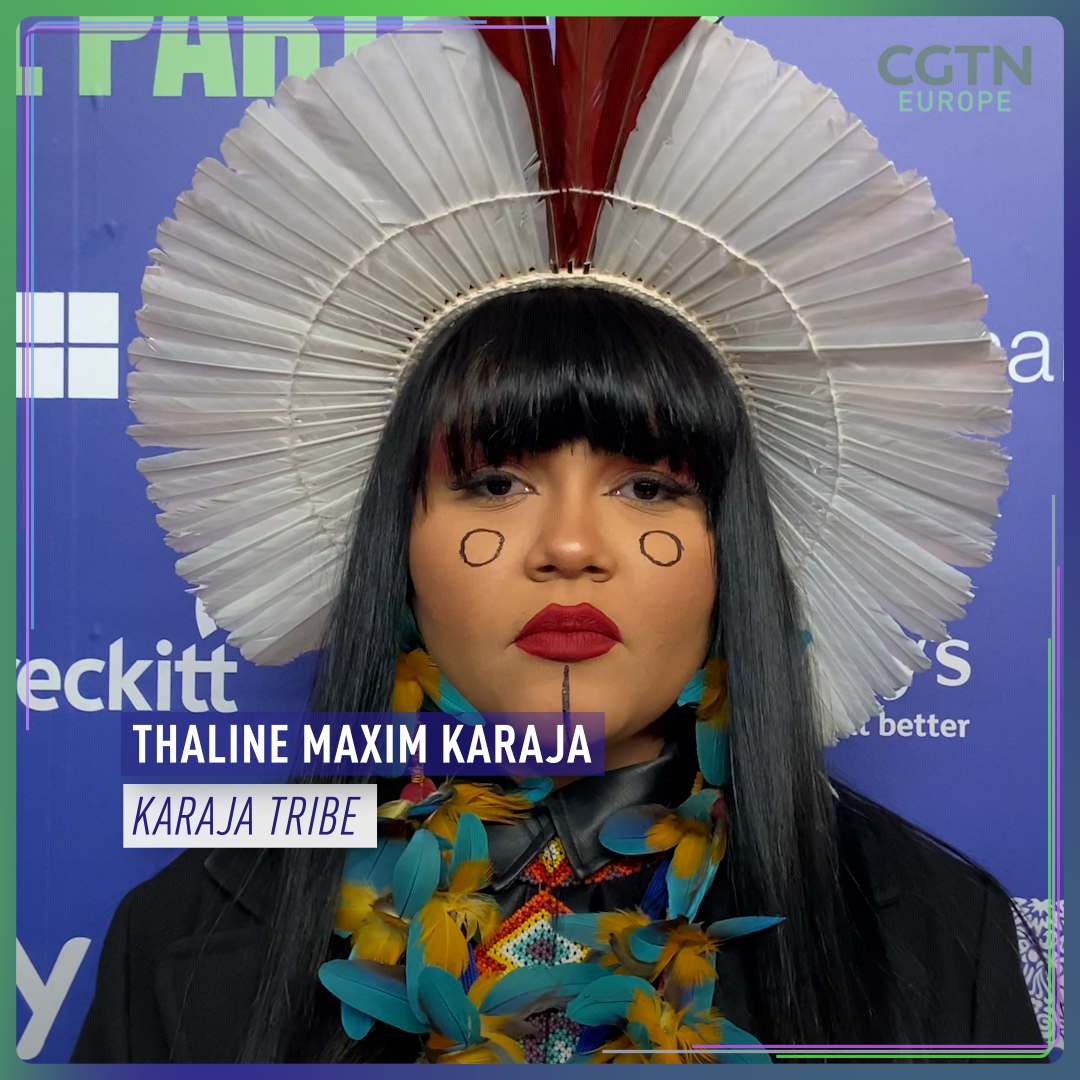