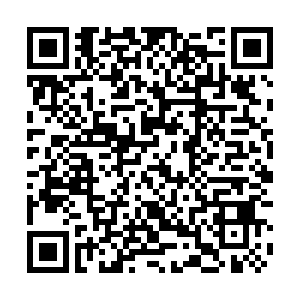 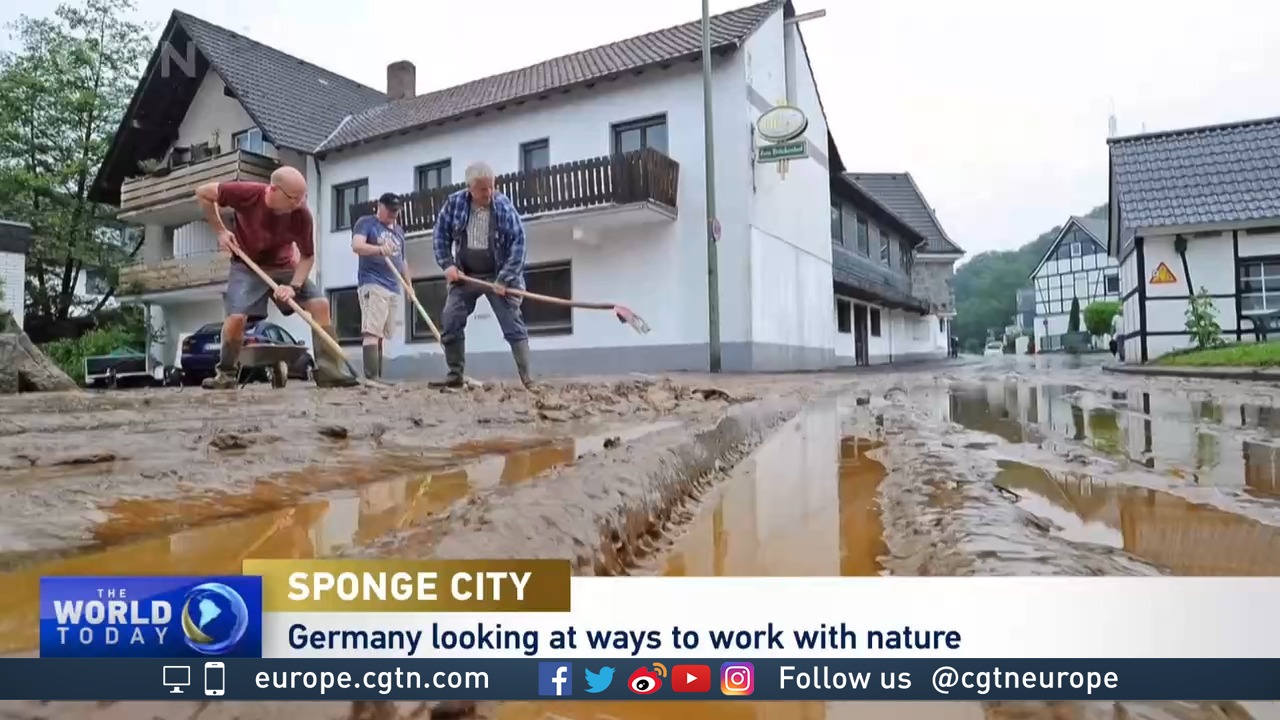 As countries and cities look at ways to protect themselves from the growing threat of climate change, one small community in western Germany is putting plans into action and transforming into one of the country's first "sponge cities."

The concept of a sponge city consists of urban planning ideas that aim to strengthen ecological infrastructure and drainage systems to protect the urban development from flooding and, in turn, make better use of water resources.

China developed some of the world's first sponge landscapes and now the idea is being implemented in urban design plans in some of the world's most flood-prone areas, such as the German state of North Rhine-Westphalia, which experienced devastating floods over the summer.

Frank Steffes is the mayor of Leichlingen, 30km north of Cologne, and says heavy rains and flooding in 2018 and again this summer pushed the city into action.

"We want to position ourselves better for the future," he explains to CGTN Europe. "Which means first and foremost that we get the water out of the city safely during such events. But on the other hand, droughts will probably become more frequent, so that's why we want to keep water in the city."

The federal government agreed and has given the town a grant to help fund the $1 million project.

Tycho Kopperschmidt, the town's civil engineer, put in charge of implementing more modern urban design to meet current needs, says: "Currently, the water goes into the sewers and out of the city center to the sewage treatment plant 10km away," which he believes is a waste of natural resources.

His plan is to create an underground cistern that collects rainwater during heavy downpours, easing the burden on the sewage system and which can then be used to irrigate the green areas during droughts. 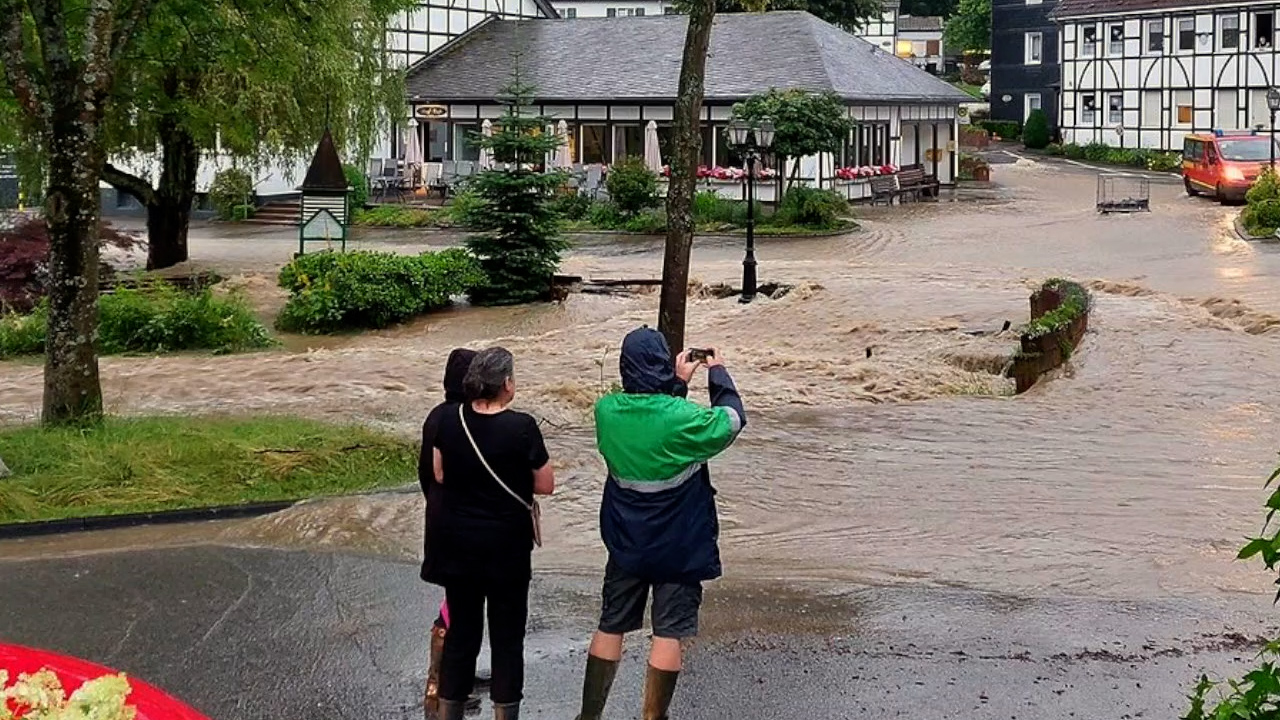 Heavy rainfall in Germany during July overwhelmed sewage systems and led to some of the worst floods in recent history. /CGTN Europe

Heavy rainfall in Germany during July overwhelmed sewage systems and led to some of the worst floods in recent history. /CGTN Europe

The operation will involve planting cisterns up to 50 meters long and 3 meters in diameter underneath the city's main park and build open-air channels through residential zones to nourish local vegetation and beautify the area. The aim is to have the system in place by 2024.

"It can make an important contribution to the targeted management of heavy rainfall," says Kopperschmidt. "We also have dry phases. So we really want to keep the water underground so that we have green trees again in summer, green areas that produce evaporative cooling and healthy trees with shade."

Similar projects have been under way across China, Denmark and the Netherlands over the past decade and other countries such as India, Russia and the U.S. are observing their success and considering building sponge cities in flood-prone areas.

As for Leichlingen's 28,000 residents, Steffes says: "The whole project is really being received very positively – people are looking forward to it. It will also be a very pleasant visual experience."

And there are hopes it could even raise property prices.