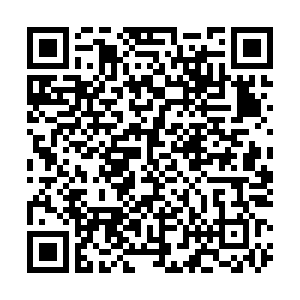 Red squirrels are high on the list of endangered animals in the UK, their numbers driven down by disease and competition with the stronger and larger gray squirrel. The UK conservation charity, the Mammal Society, estimates that there now may be fewer than 30,000 red squirrels in the country.

Most are found in the north of England and Scotland.

This autumn the Mammal Society teamed with Chinese Telecommunications company Huawei, the Rainforest Connection and researchers from the University of Bristol to launch a collaborative project to monitor red and grey squirrel populations in the UK.

A hi-tech acoustic monitoring system, known as the 'Guardian' is being placed in areas where squirrels are typically found.

It can then listen to the sounds of nature and pick up on noises made by both red and grey squirrels.

"[It's a] kind of mobile phone, in a waterproof box, with a big antenna," said Stephanie Wray, chair of trustees at the Mammal Society.

"It records the entire soundscape and it uploads information in real time to the cloud. We can use how much natural noise there is as a measure of biodiversity, or the health of the ecosystem.

"So, we can look at whether there are any predictors of how well squirrels will do based on how well generally biodiversity is doing."

An infographic on how the technology works.

An infographic on how the technology works.

As part of a series of its global conservation initiatives, Huawei has developed Artificial Intelligence technology for the project, working with animal experts to identify the red squirrel call.

"That information is used to train the software," said Henk Koopmans, the CEO at Huawei Research and Development in the UK.

"Once the software has that starting point, it can then self-learn and get smarter and smarter. All of us hope it will bring us more information, not just about red and grey squirrels, but about the eco-system."

The data will be analyzed by researchers at Bristol University in the hope of determining why the red squirrel is struggling to survive.

Red squirrel numbers should be closer to two to three million in the UK, but are rapidly dwindling, despite dedicated breeding programs. Conservationists hope the project will give them added information about how better to protect this iconic creature.

The new technology developed by Huawei also has the potential for wider use in other future conservation projects. "Although the focus of this initial project is on red squirrels, the ability will be there to recognize the calls of many other different species, not just mammals, and get a much richer picture of how biodiversity is doing," said Wray.

"What's needed to protect British mammals, including the red squirrel, is a real return to nurturing nature properly and leaving space for nature alongside what people want to do with the land."