Download
Can Johnson and Macron step back from trade war over fishing?
Guy Henderson in London 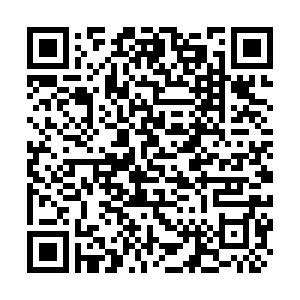 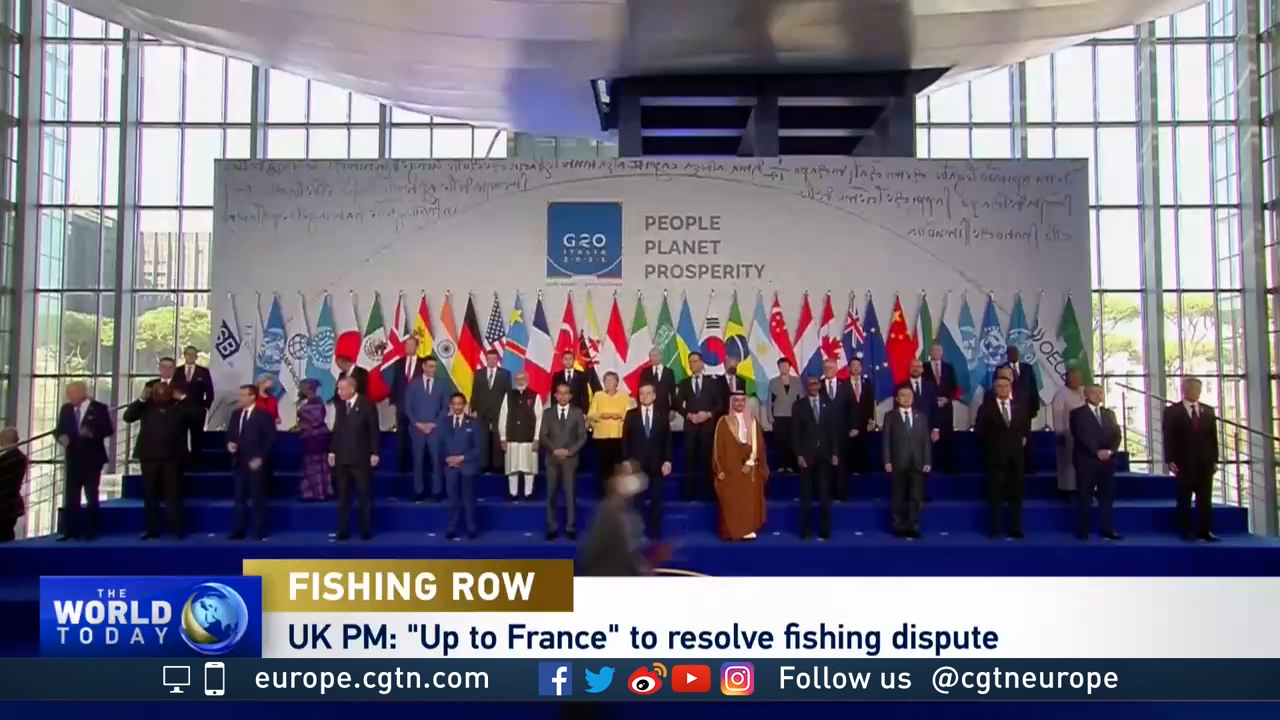 The question being asked on Sunday was whether France and the UK have stepped back from the path towards a full-blown trade war over post-Brexit fishing rights?

The answer, it turned out, depends who you ask.

French President Emmanuel Macron and British Prime Minister Boris Johnson met for a half hour one-on-one on the sidelines of the G20 in Rome.

Shortly afterwards, a spokesperson for the French government claimed an agreement had been reached to try and de-escalate tensions. The British side almost immediately disputed that claim.

The rhetoric has been firm in recent days, but the optics always looked much more reconciliatory - from the helping hand President Macron gave his British counterpart up the stage steps for a leaders' photo opportunity on Saturday, to a smiling fist-bump between the two followed shortly after by a joint coin-toss in front of the cameras at the famous Trevi Fountain in the Italian capital.

At times this weekend, Johnson has sought to move the conversation on from his government's escalating fishing rights argument with France.

Asked about it on Saturday morning, Johnson kept his answer short and tried to pivot swiftly towards the coming UN Climate Summit, being hosted in the British city of Glasgow this week. Alongside the G7 in Cornwall over the summer, COP26 has long been billed as a chance for post-Brexit Britain to burnish its credentials as an influential global player.

A deal would come as a relief to British fishing fleets on the British Crown Dependency of Jersey, an island just a few miles off the French coast which is on the cusp of having its principal export route blocked by Paris after days of tit-for-tat.

"We haven't got the option of shipping through the UK and going out through Holland or going direct to Spain," says Tony Porritt whose company exports fish from Jersey into the EU through France.

"The logistics of it just don't work for us. It's just too far, too long a time, and it doesn't work."

But despite the French claims, there is no sign yet of a material breakthrough.

The fact remains that dozens of French vessels still want licenses to fish in Jersey's waters which, under the terms of last year's Brexit deal, should only be allowed if they had fished there historically.

Jersey officials still suspect they have no right.

"They have no paperwork, they have no data from their GPS. We have zero hint that they've been in the area," said Gregory Guida, Jersey's Home Affairs Minister. "They're trying their luck," Guida added.

If both sides hold their ground, the path towards a deeper dispute remains open.

On Saturday, the British side looked closer to triggering a dispute mechanism created by last year's Brexit deal that could see the convening of an arbitration panel, which could involve demands for compensation and - in a worst-case scenario - the suspension of that hard-fought Free Trade Agreement itself.

The political consequences of a climbdown would also come at a cost for both leaders.

Johnson's government has already come in for criticism from the UK fishing industry for giving too much away in Brexit talks.

Neither is this a good moment for Macron to show flexibility. Paris already felt scorned after London joined allies Australia and the U.S. in a nuclear submarine deal that left Paris out in the cold.

There are also French elections next year and France takes on the EU presidency. With German Chancellor Angela Merkel stepping down, Macron will be on a pedestal from which he is unlikely to want to look weak.

These are two leaders who often look like they so want to get on. In reality, their argument may still have some way to run.